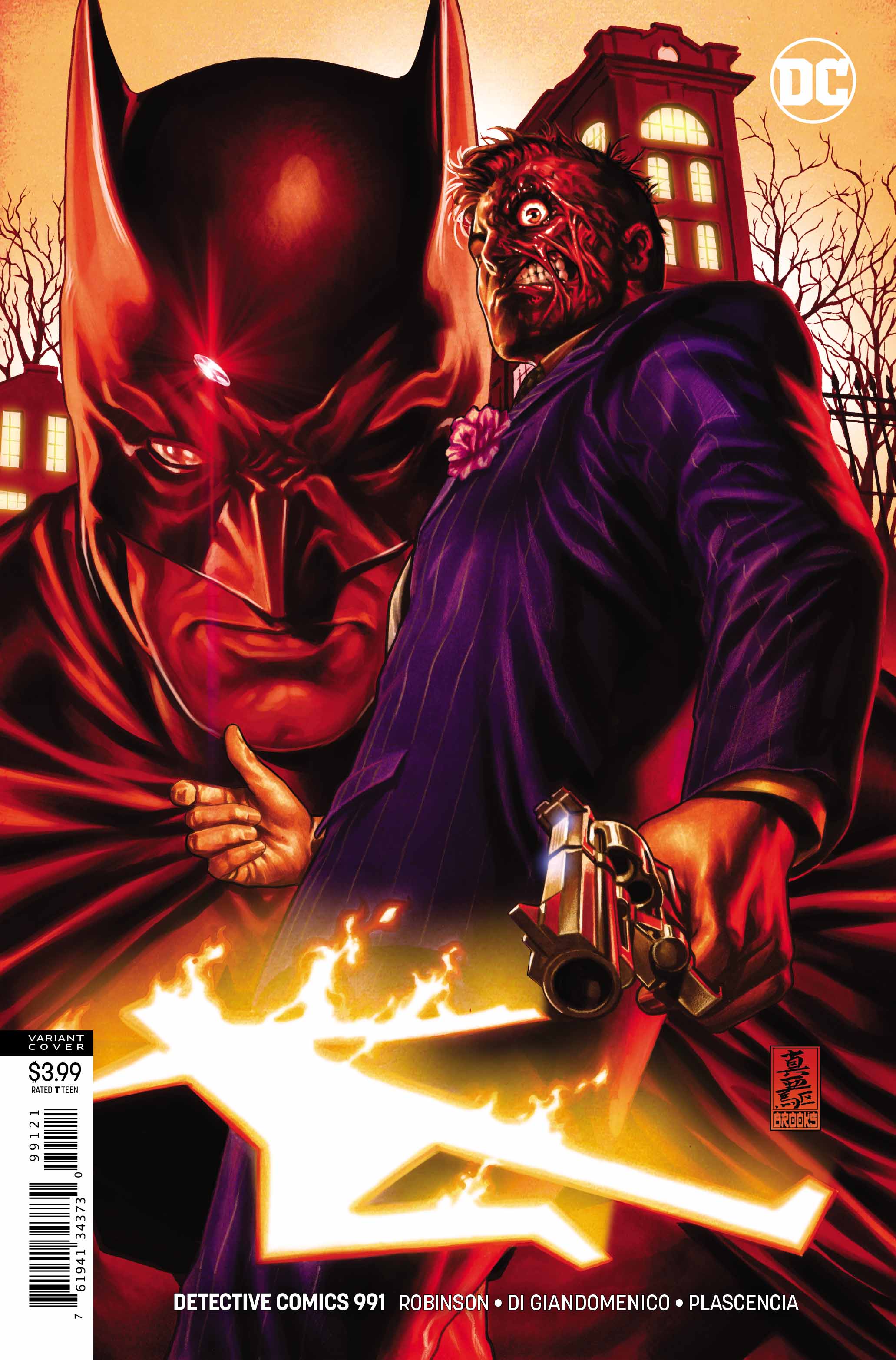 Batman, James Gordon and Harvey Dent, once the most formidable crime fighting team in Gotham City. Then the spectre of organised crime, and the shadow of insanity stole one of them away, turning him into the tragic figure known as Two-Face.

We left Detective Comics #990 with Batman finally face to face (to face) with his enemy. After an improvement in the writing last issue, I was expecting more of the same this time, sadly, I didn’t get it. I’ve been a fan of James Robinson’s work in the past, but I’m not enjoying this story at all. Detective Comics used to be the first comic I picked up and read, even above the main Batman title. Since “Deface The Face” began however, it’s dropped to the bottom of the pile.

While we do get one interesting revelation from the Robinson on page four, the writing declines from there, and never recovers.

This issue delivers everything I don’t like about comics writing. Tons of boring, and frequently completely unnecessary dialogue. Exposition for exposition’s sake, and poorly realised, unnatural conversation. I don’t like Manga and Anime because of the way they constantly give us reams and reams of padding. I prefer to read American and European comics because of this. This issue gives us a hundred words, where ten would do. 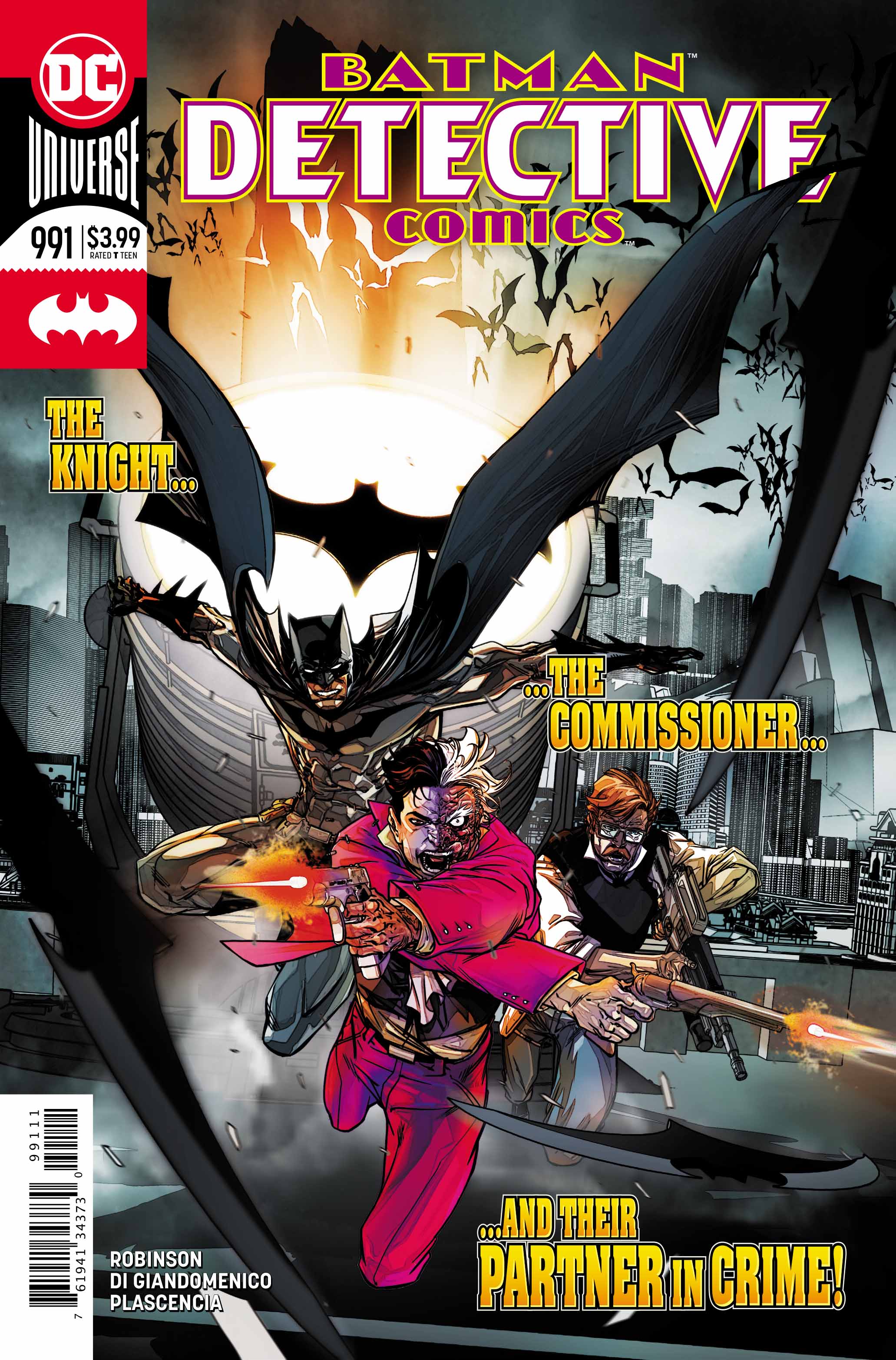 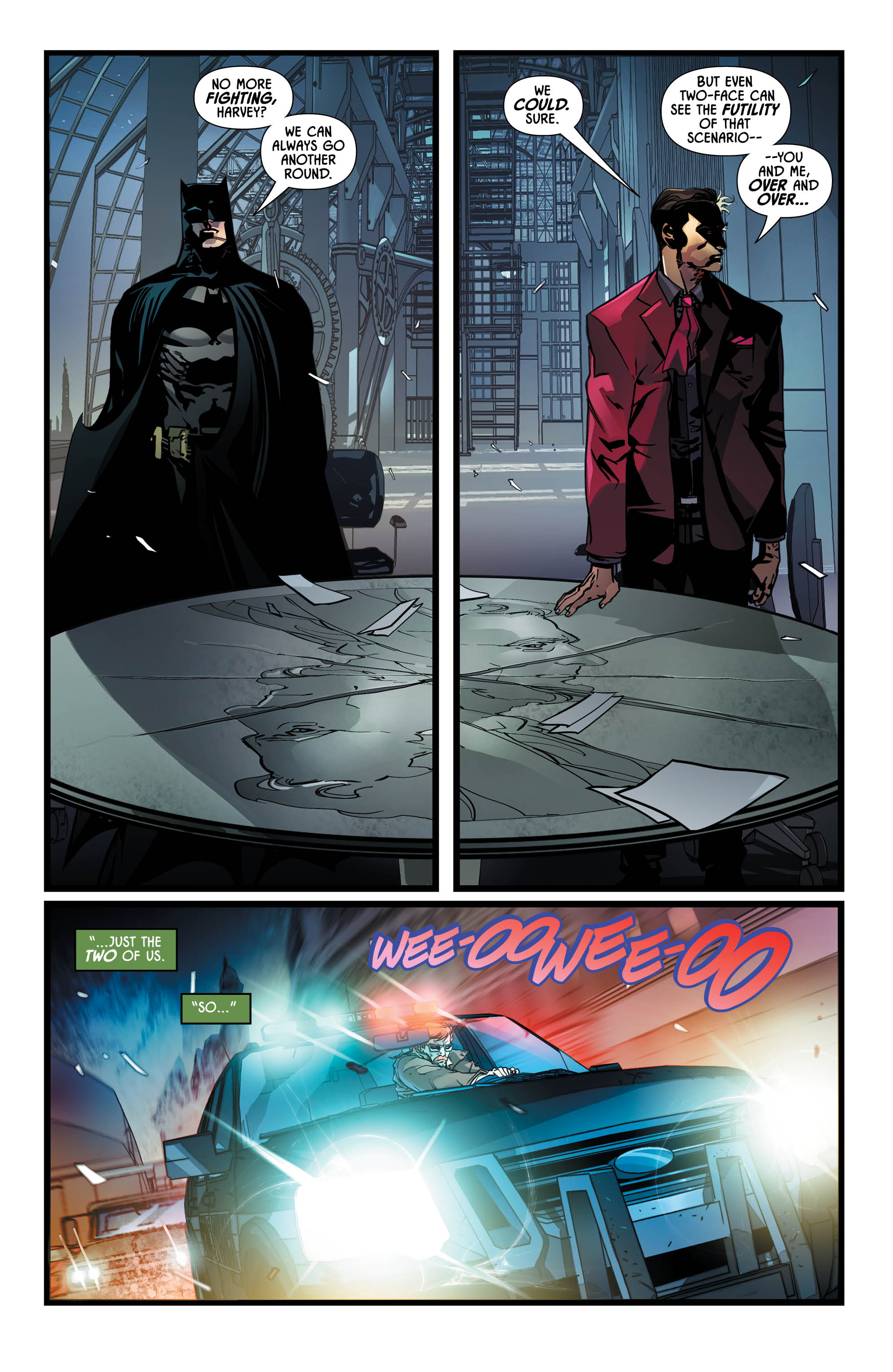 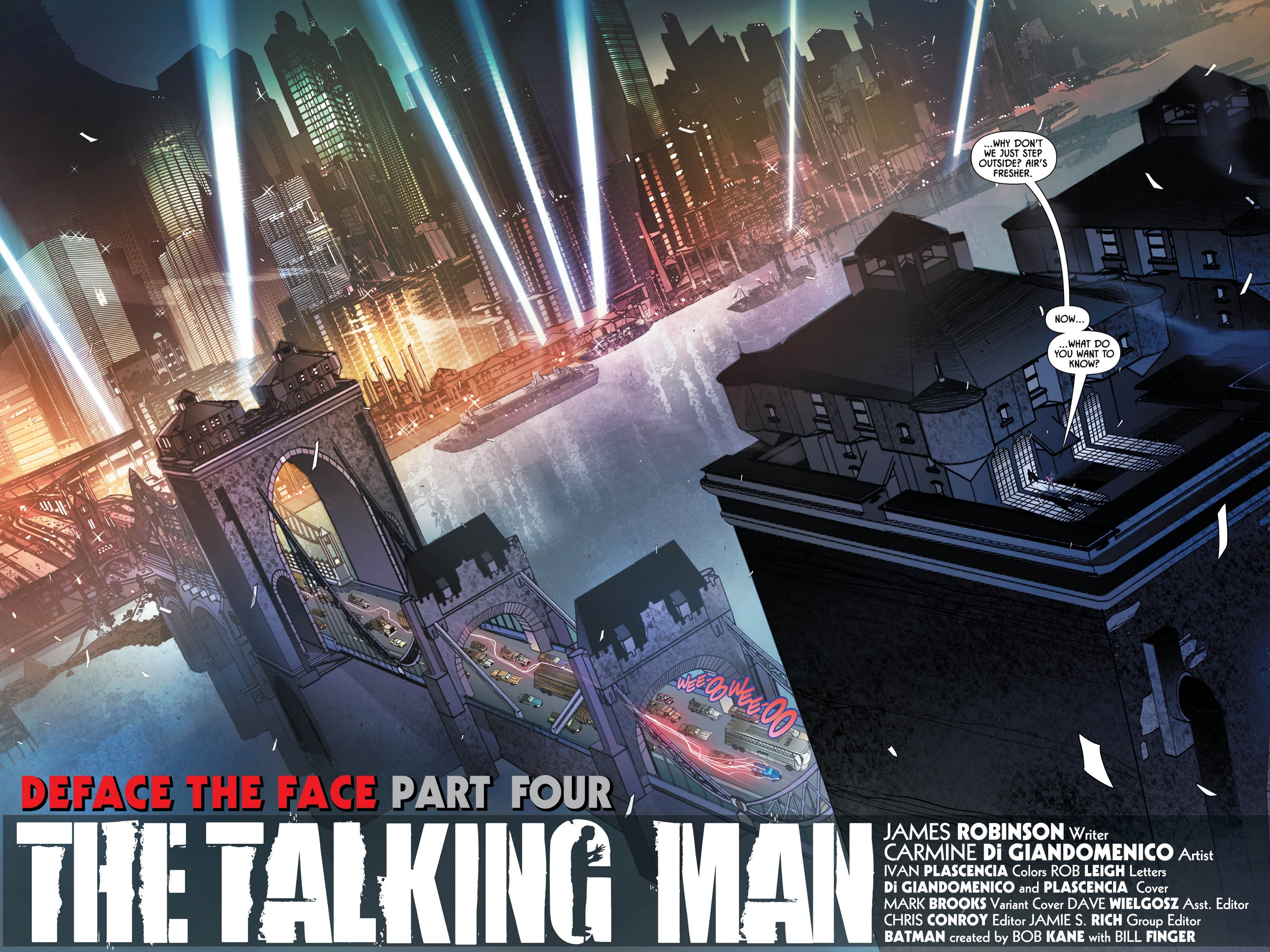 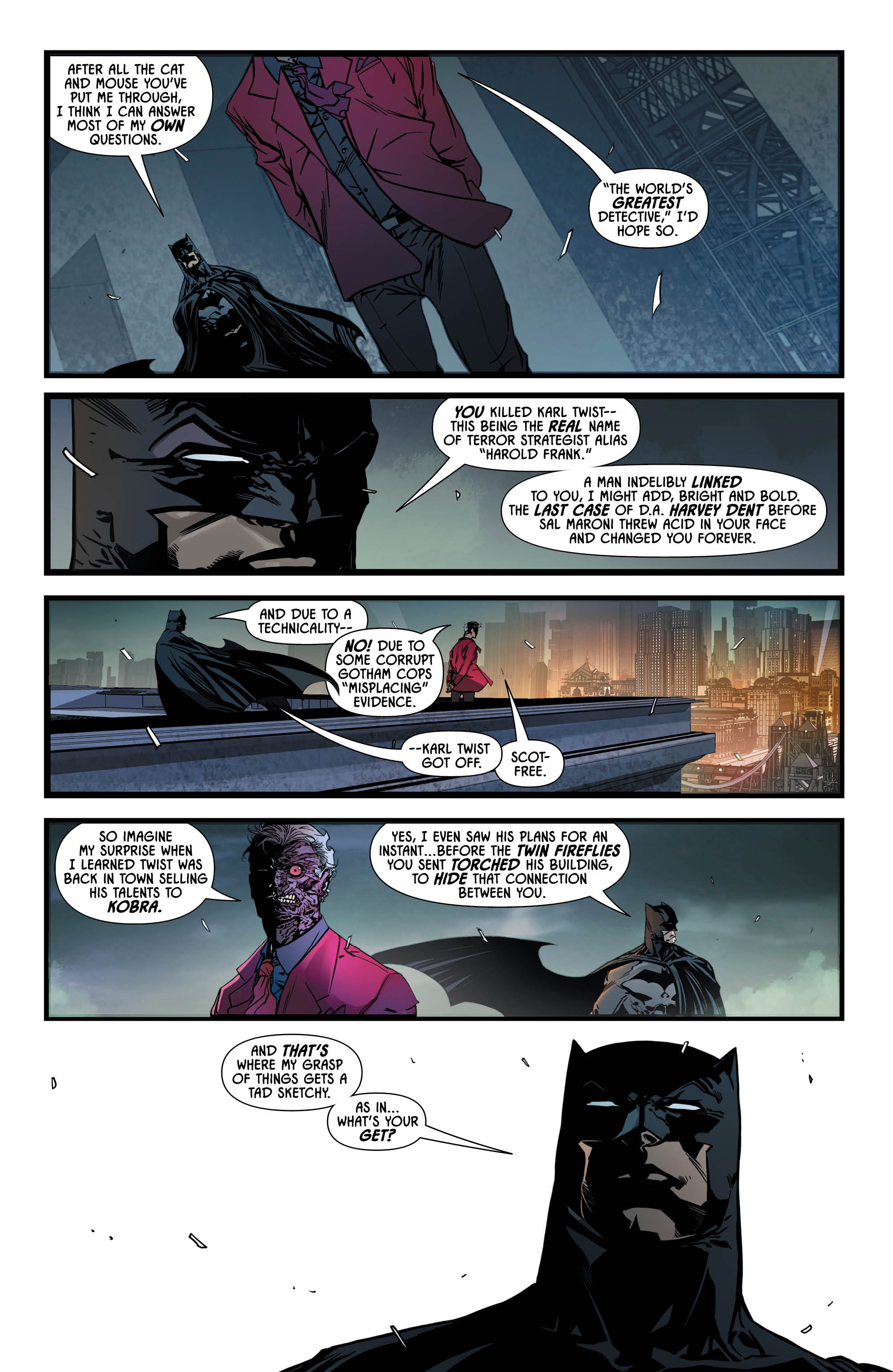 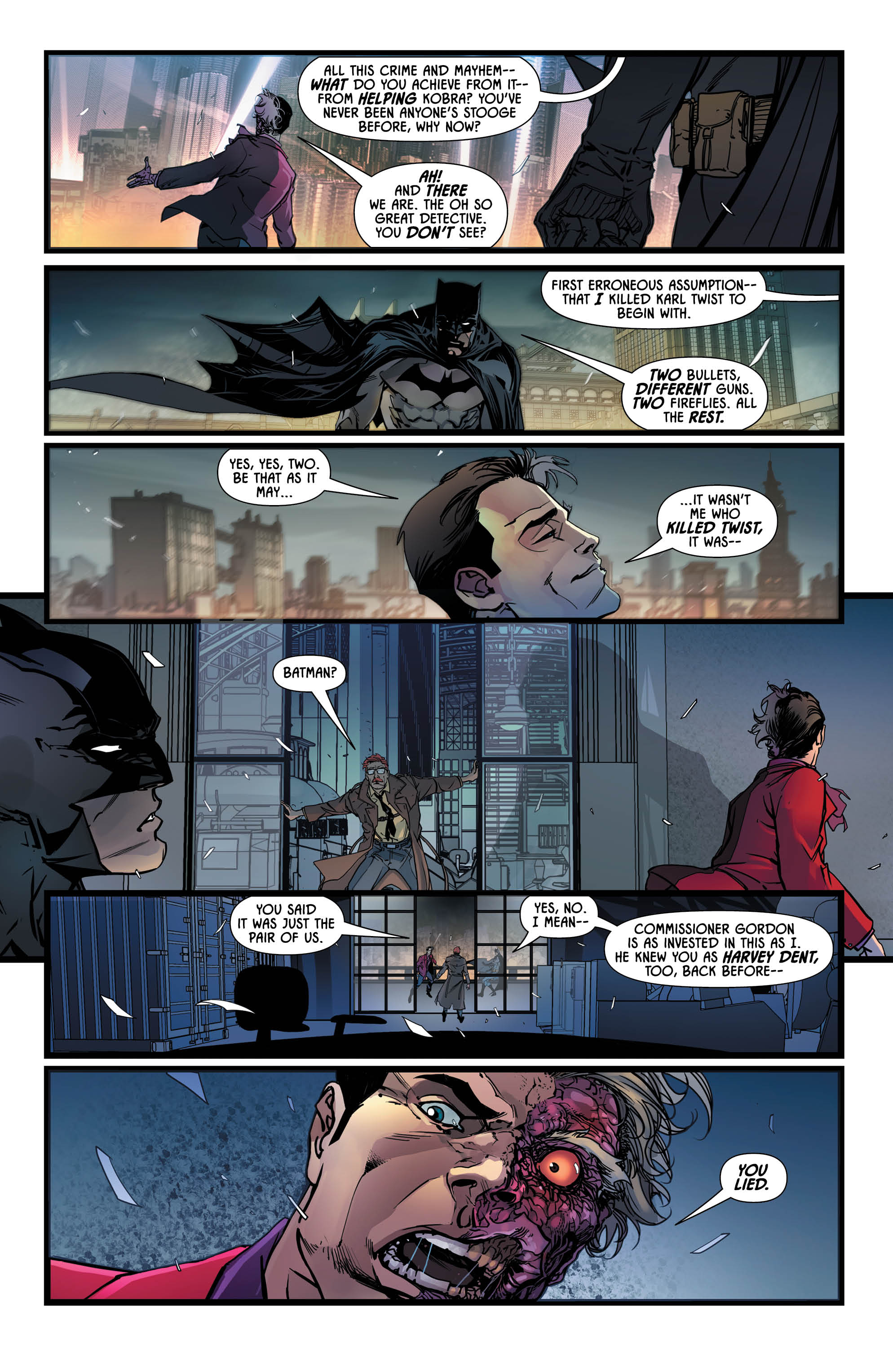 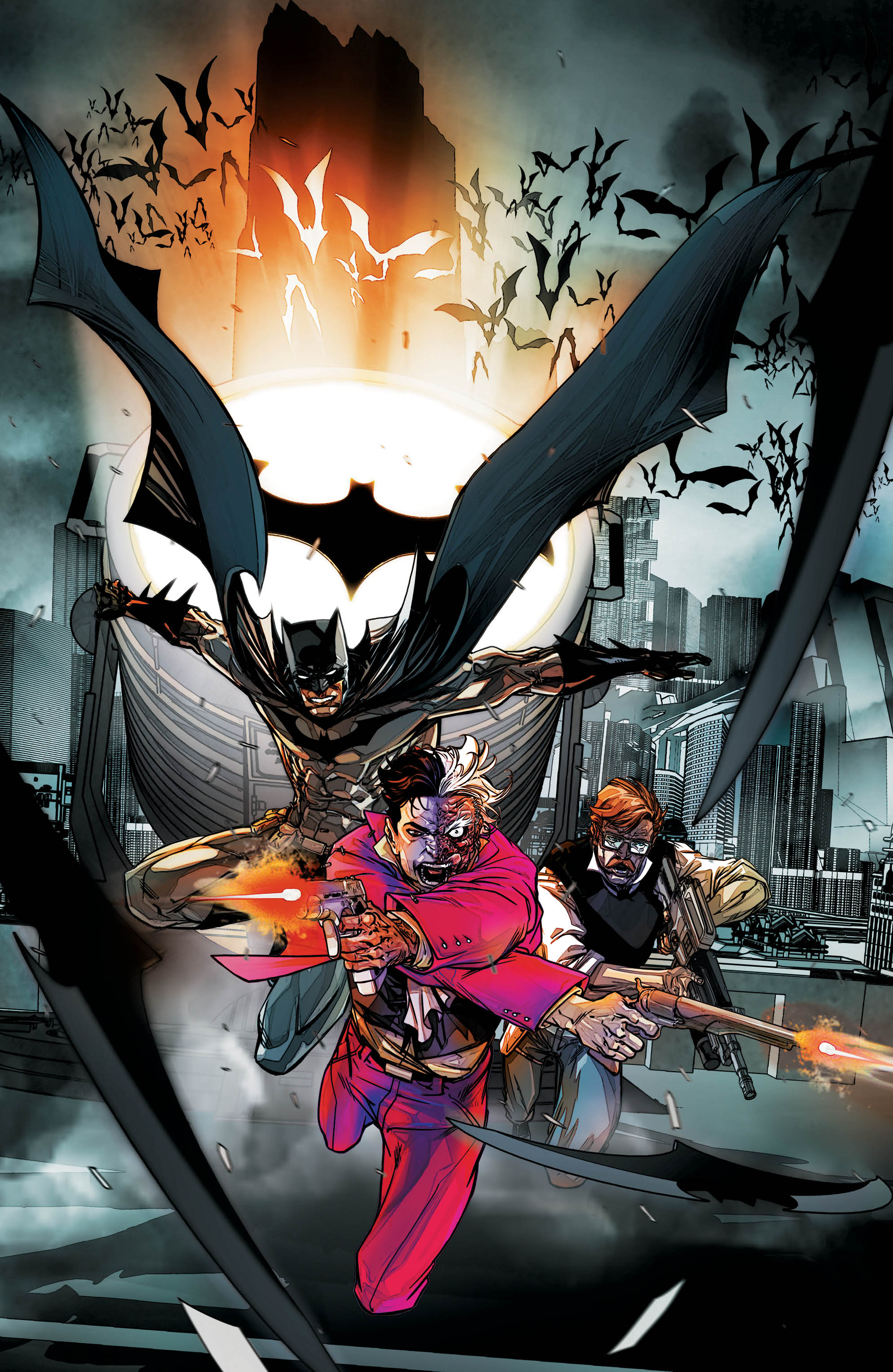 Thankfully this issue has some truly gorgeous artwork. I’m not familiar with Carmine Di Giandomenico, but I’m really impressed. This guy can draw! His figures are great, his facial expressions are on point, and his backgrounds are breathtaking. Check out the double page spread above. That’s some terrific work, right there. Ivan Plascencia is a world class color artist, and his tones enhance Di Giandomenico’s work beautifully. I’d gladly pick up any work these guys do together in the future.

As always Rob Leigh does a great job of taking tons (and tons and tons) of dialogue and fits them in with the lovely art. I will forever sing his praises. Wee-oowee-oo… lovely.

I hate being so negative, I really do… but I cannot be insincere. I have to give Carmine, Ivan and Rob full 5/5 marks for their work this issue, but apart from one tiny line of dialogue, I really didn’t like the writing in this issue at all. This means that I cannot in good faith give it more than a sad 1/5.