Famed comic artist Sam Kieth has announced that Maxx will appear in a crossover with the Dark Knight in a new limited series.

Batman/The Maxx: Arkham Dreams will be a five-issue limited series by DC and IDW Publishing. The crossover title will feature Maxx stuck in Arkham Asylum. While there, Maxx is at the mercy of a new doctor and his weird experimentations. When the things go haywire, Batman intervenes. Keith could not be more excited at the chance to to write and draw his own creations and Batman again. Keith on the crossover:

Doing a Batman and Maxx crossover a is like a family reunion with my favorite brother and our really cool cousin. You never want it to end…or at least I hope you won’t! 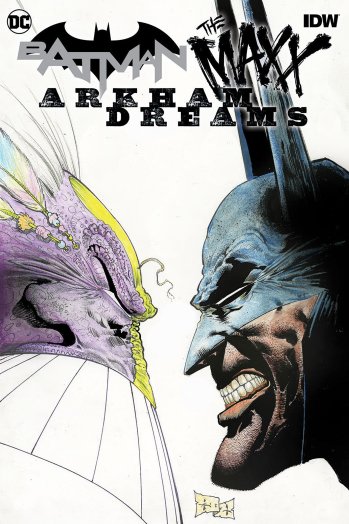 Keith initially created Maxx at Image Comics. The series ended its 35-issue run in 1998. Since then, Keith famously illustrated multiple Batman titles, including Batman: Through the Looking Glass and Batman: Secrets.

Batman/Maxx: Arkham Dreams is set to release in September 2018.