One of the biggest weddings in comic-book history is coming in little under a month, so it’s expected that one of the most celebrated artists in comics today would be given the chance to provide extended cover art; Scott Campbell has produced a beautiful panoramic piece taking up five alternate covers.

Issue #50 of Batman, set to release on the 4th of July, will depict the wedding of Batman and Catwoman. I find it very interesting that it’s them, the personas of Batman and Catwoman getting hitched, which makes perfect sense in the in terms of both themes and logic. Publicly, Bruce Wayne – Gotham’s most eligible bachelor 79 years in a row – wouldn’t interact in the same circles as Selina Kyle. Seeing them in a relationship, let alone getting married is a risk to both their masks. In the essence of the characters, the people who they become when they put the physical masks on is much more true to who they are than without them, so it makes absolute sense that those sides of themselves are the ones in love enough to commit to each other like that. 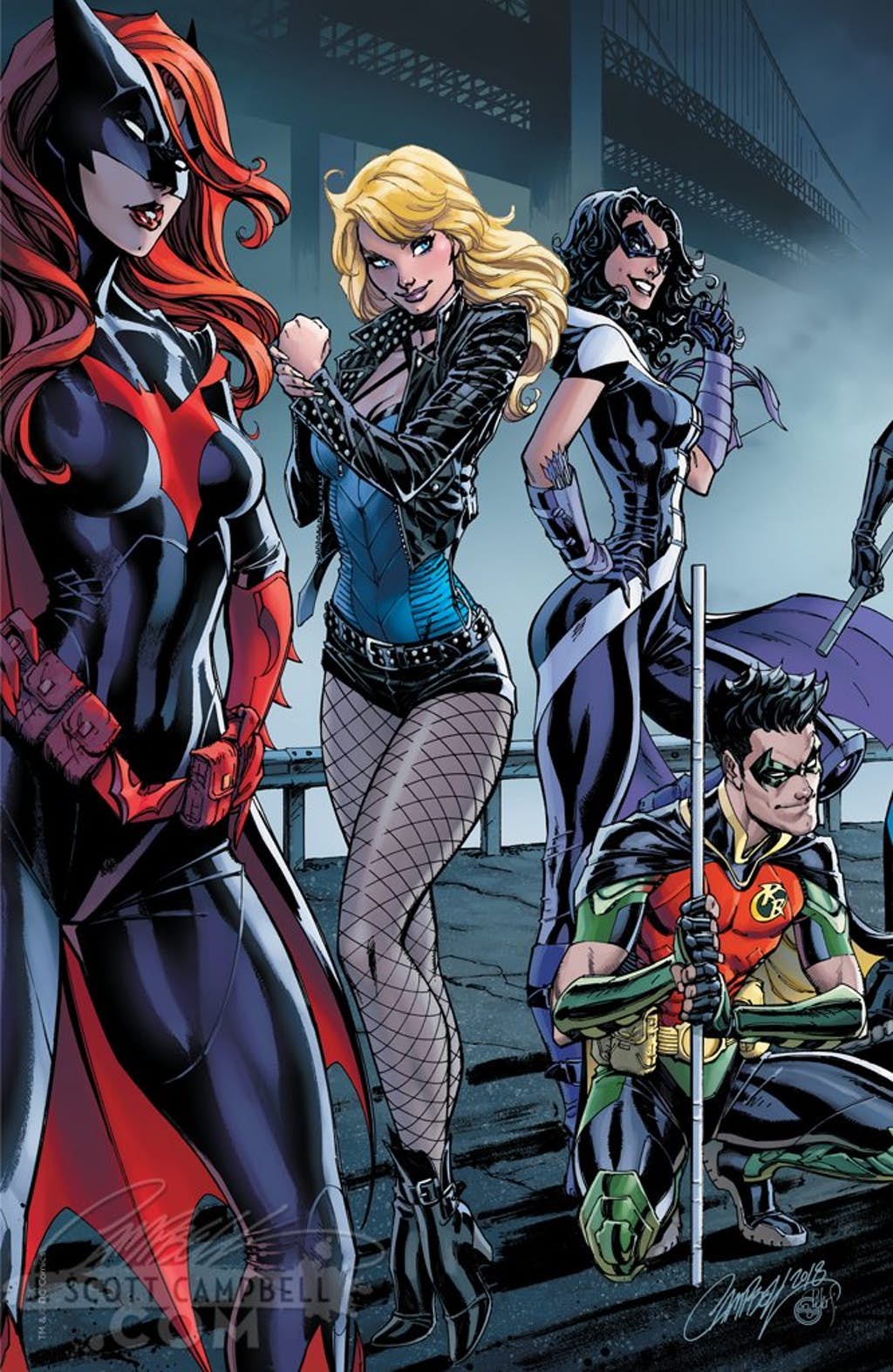 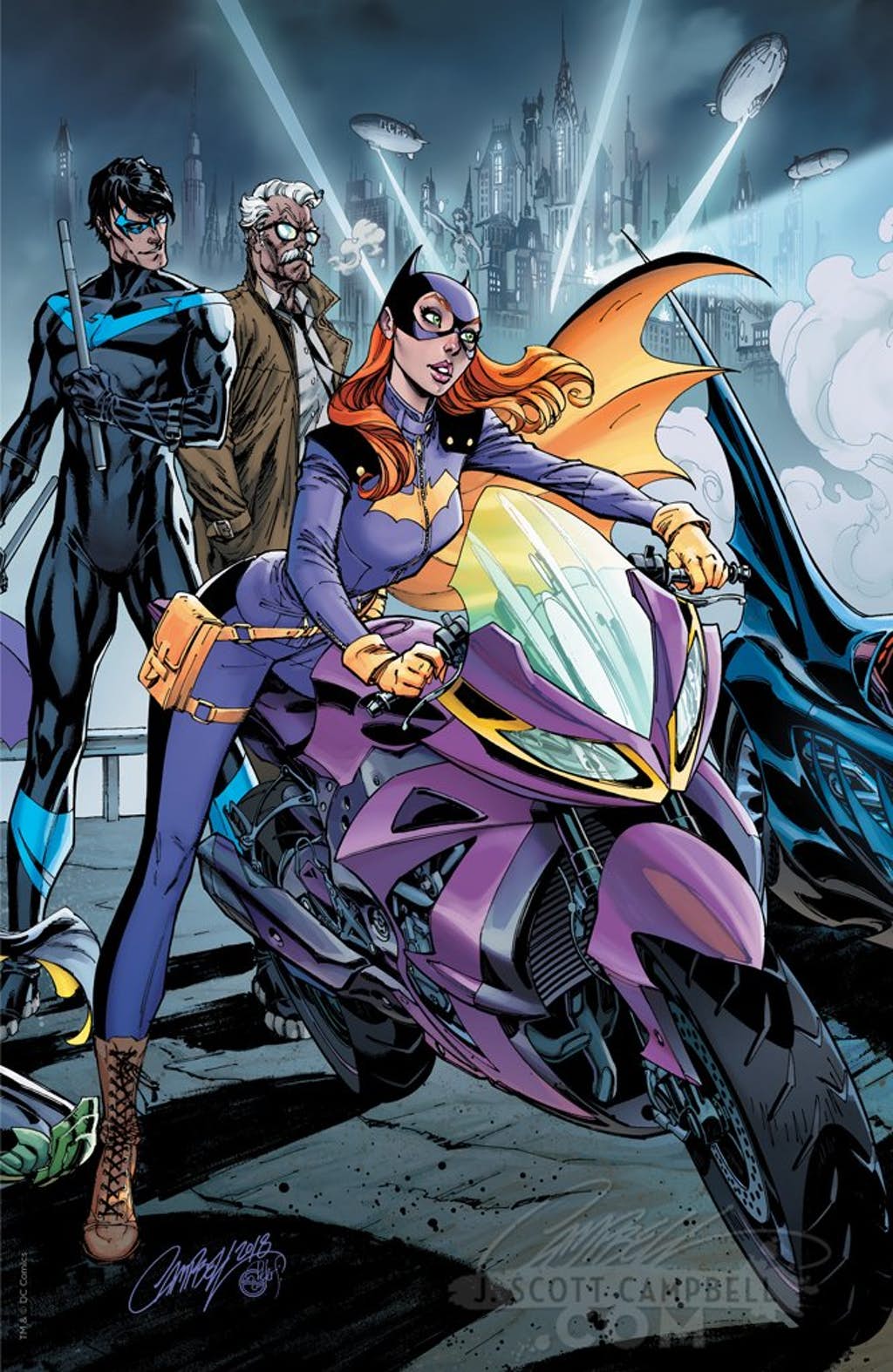 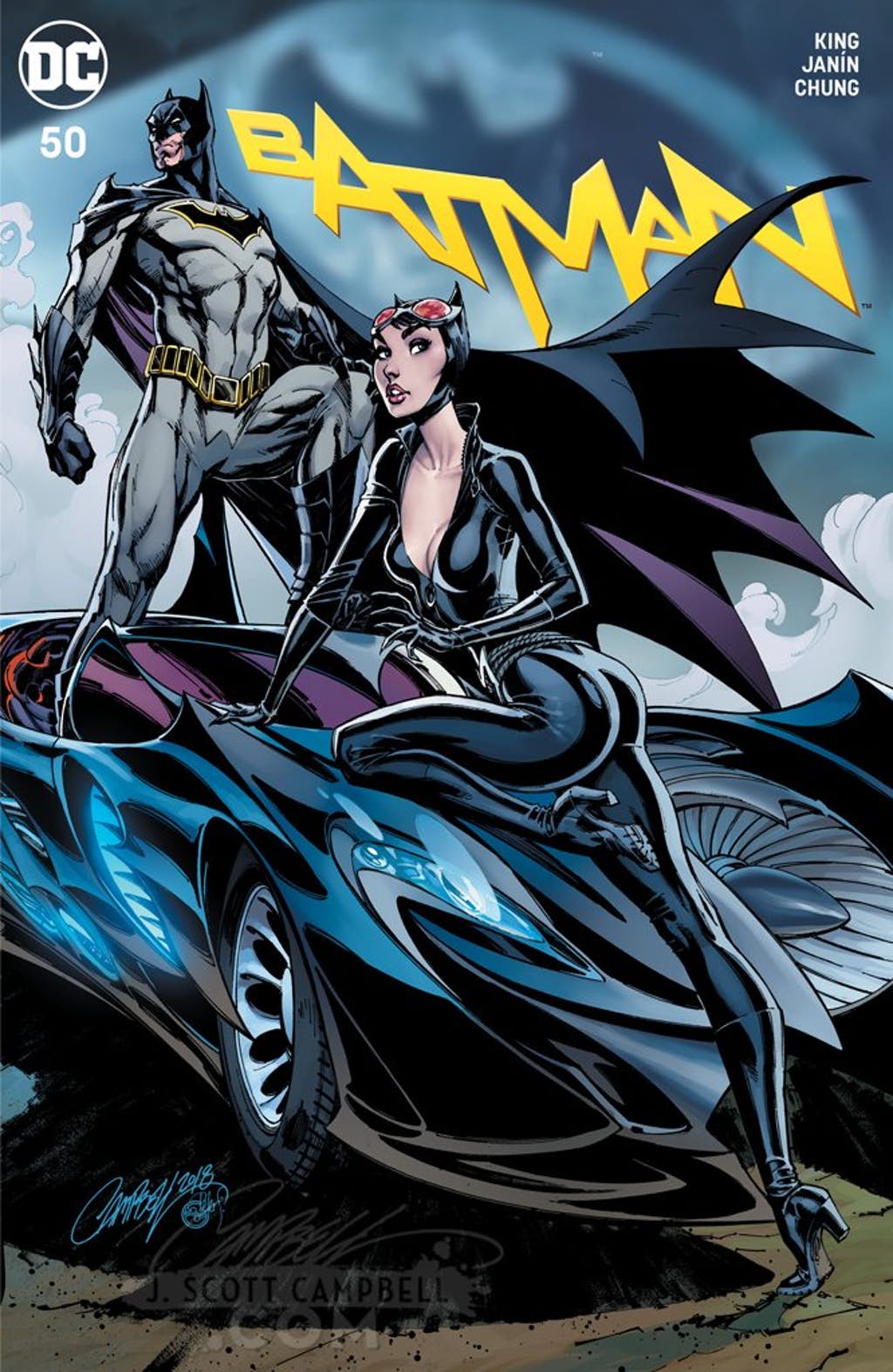 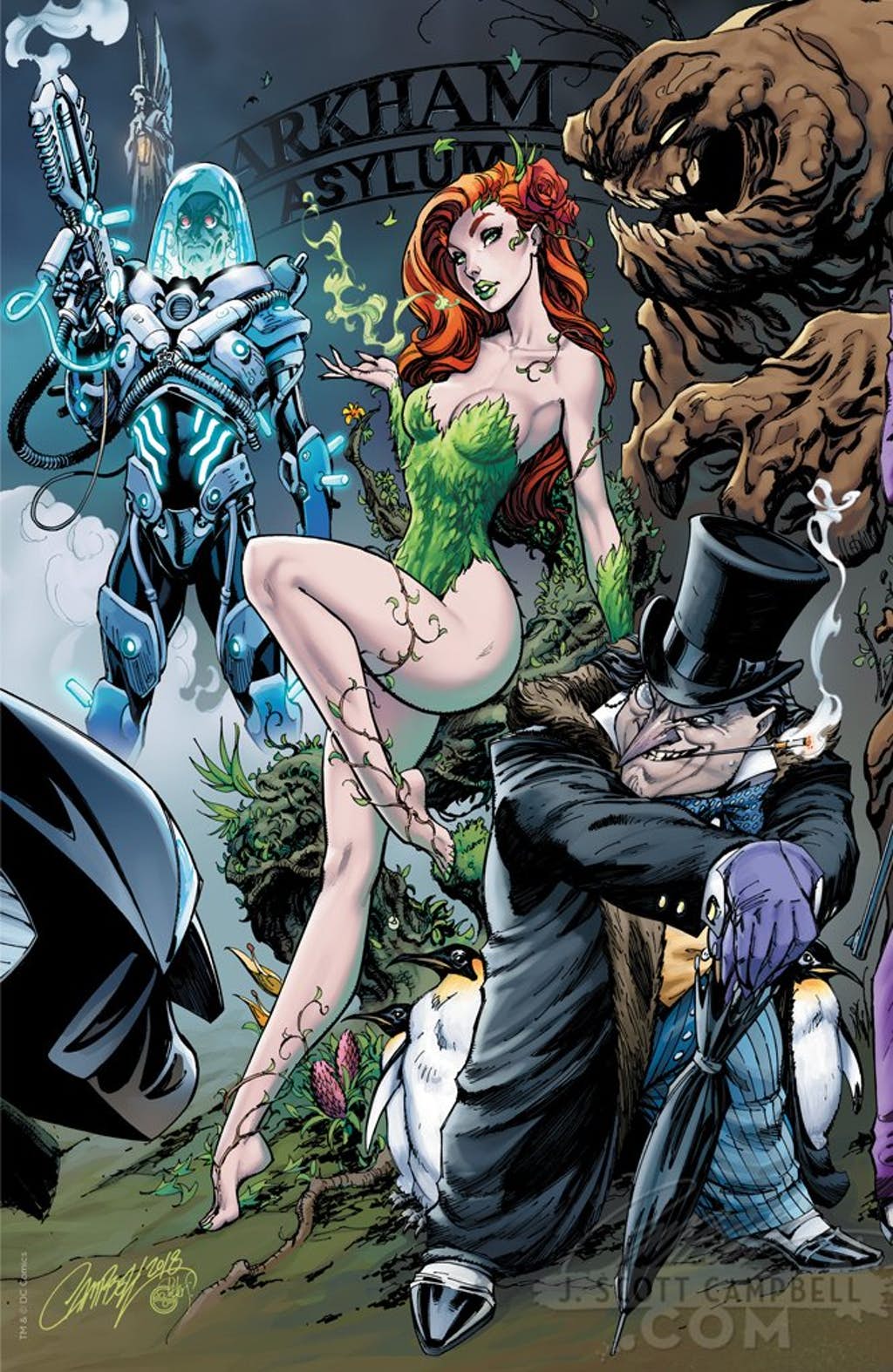 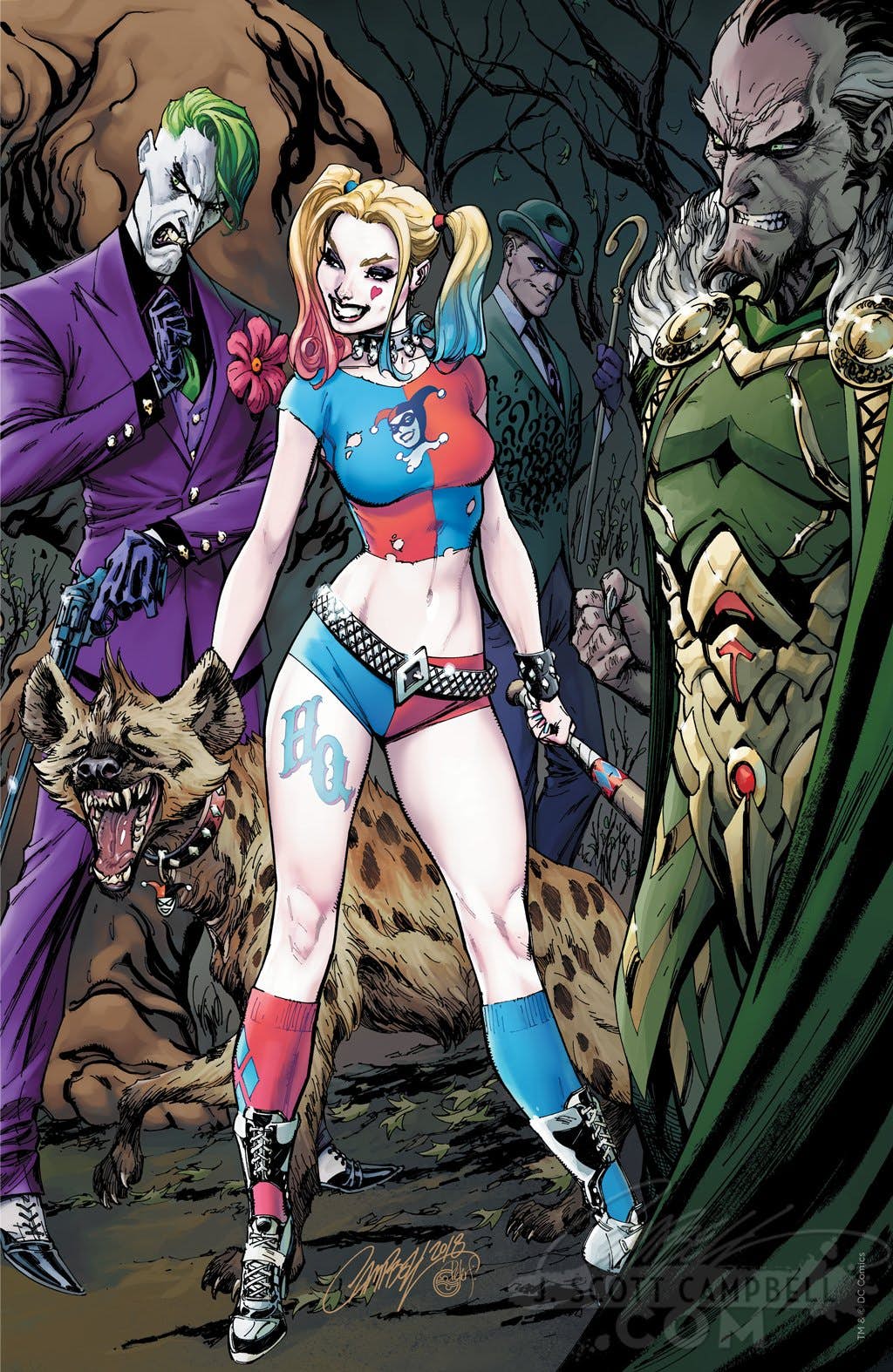 Scott Campbell’s extended cover is a detailed gathering of familiar faces. To the right of the bride and groom, who take the title and center stage. We see many friends, all of whom are very important to the wedding party.

On the left, unfriendly faces stand outside the gates of Arkham Asylum, looking at the happy couple with bad intentions. We’re all very sure at this point that the Joker is going to do something to spoil Batman’s big day, but maybe others like Penguin may also be wedding crashers coming up in issue #50?

The whole look of the extended cover is really strong. Campbell draws his men tall and heroic, his women are sculpted and beautiful, even Clayface is hulking and monstrous.

Each cover is signed by the man himself, and the set will be one of the most sought after amongst the 50 exclusive covers.

Review: Batman-Prelude to the Wedding- Batgirl vs. The Riddler