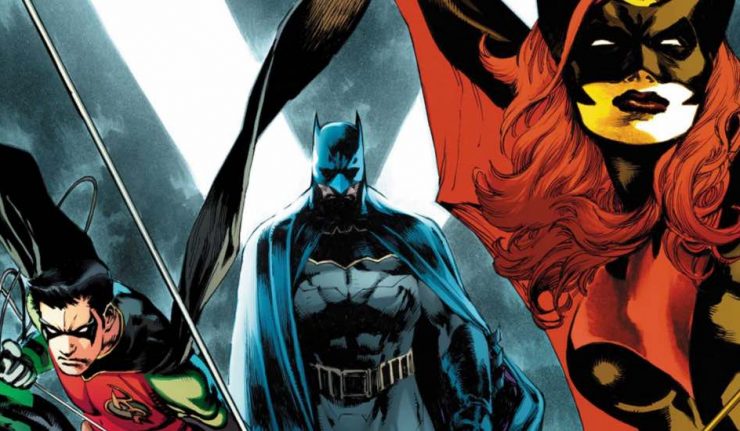 The finale to Detective Comics’ “Batmen Eternal” will have a different art team than originally solicited.

It appears that the originally advertised pairing of Álvaro Martínez and Raül Fernandez will be replaced by Eddy Barrows and Eber Ferreira for issue #981. This marks the third consecutive issue that Martinez and Fernandez have been replaced since Detective Comics #979 and #980.

The good news is that these two incredible artists will be joining former Detective Comics, and current Doomsday Clock colorist Brad Anderson on the forthcoming, and highly anticipated Justice League Dark.

In a way this is also very fitting, as writer James Tynion IV will be leaving the book with the same art team that he began his tenure with.

DETECTIVE COMICS #981
Written by JAMES TYNION IV • Art by EDDY BARROWS and EBER FERREIRA • Cover by EDDY BARROWS • Variant cover by RAFAEL ALBUQUERQUE
Retailers: This issue will ship with two covers. Please see the order form for details.
“Batmen Eternal” finale! This is it—the unbelievable conclusion of James Tynion IV’s Batman epic! It’s the last stand of the Gotham Knights, fighting a monster they helped inspire…and a destiny they won’t accept! What will become of the greatest crime-fighting team Gotham City ever saw?
On sale MAY 23 • 32 pg, FC, $2.99 US • RATED T