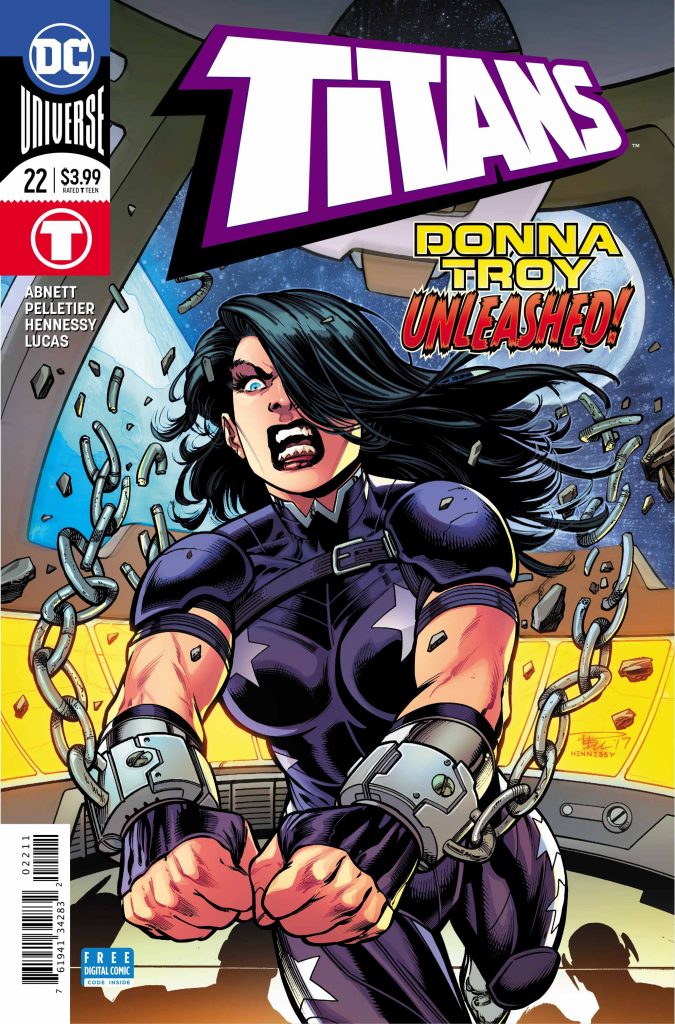 *This review may contain spoilers*

The Brotherhood of Evil continues wreaking havoc on an unsuspecting world. The Brain is attempting to extend the power of his mind beyond its hardware limitations. He has already gained control of the world’s weather. Discontent, he greedily covets more. The Brotherhood of Evil introduced the drug, Bliss, to thousands – each addict creating a human cloud server from which Brain can extract the extra space and processing speed – thus magnifying his own power. Sinister!

A doe-eyed Donna Troy is still held as a prisoner-of-sorts in the Watchtower while the Justice League attempts to confront the world’s chaotic and destructive weather anomalies. “Just go back to your room,” Batman scowls like a frustrated father. Finally, Donna takes inevitable action, leaves her confines, and joins the fray!

Additionally, Roy Harper is given adequate and satisfying attention. He finds some redemption as he stumbles upon the Brotherhood’s lair. Here, in Roy’s scenes, however, the narrative and art felt disjointed. The artists’ rendering of Roy’s beating at the hands of Cheshire’s thugs was visceral and emotive. Blood pouring from his mouth and slurred, punch-drunk speech really communicated well. However, a non-powered Roy miraculously recovered only a few moments later – fully healed from his epic beating. Alternatively, I would have liked to have seen Roy portrayed in a slightly more human way, perhaps collapsing after his heroic and shocking gesture to remove Donna’s threat. 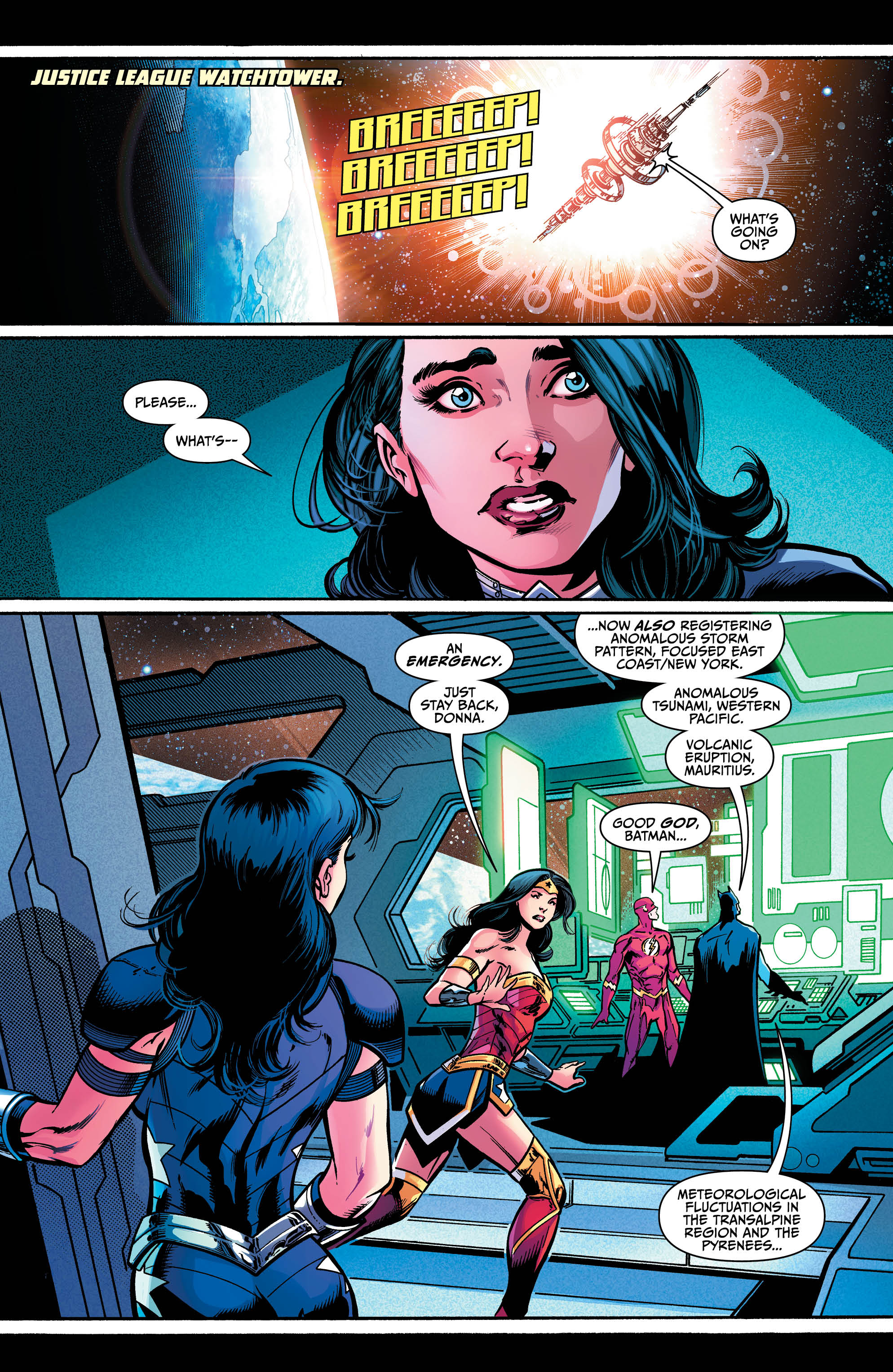 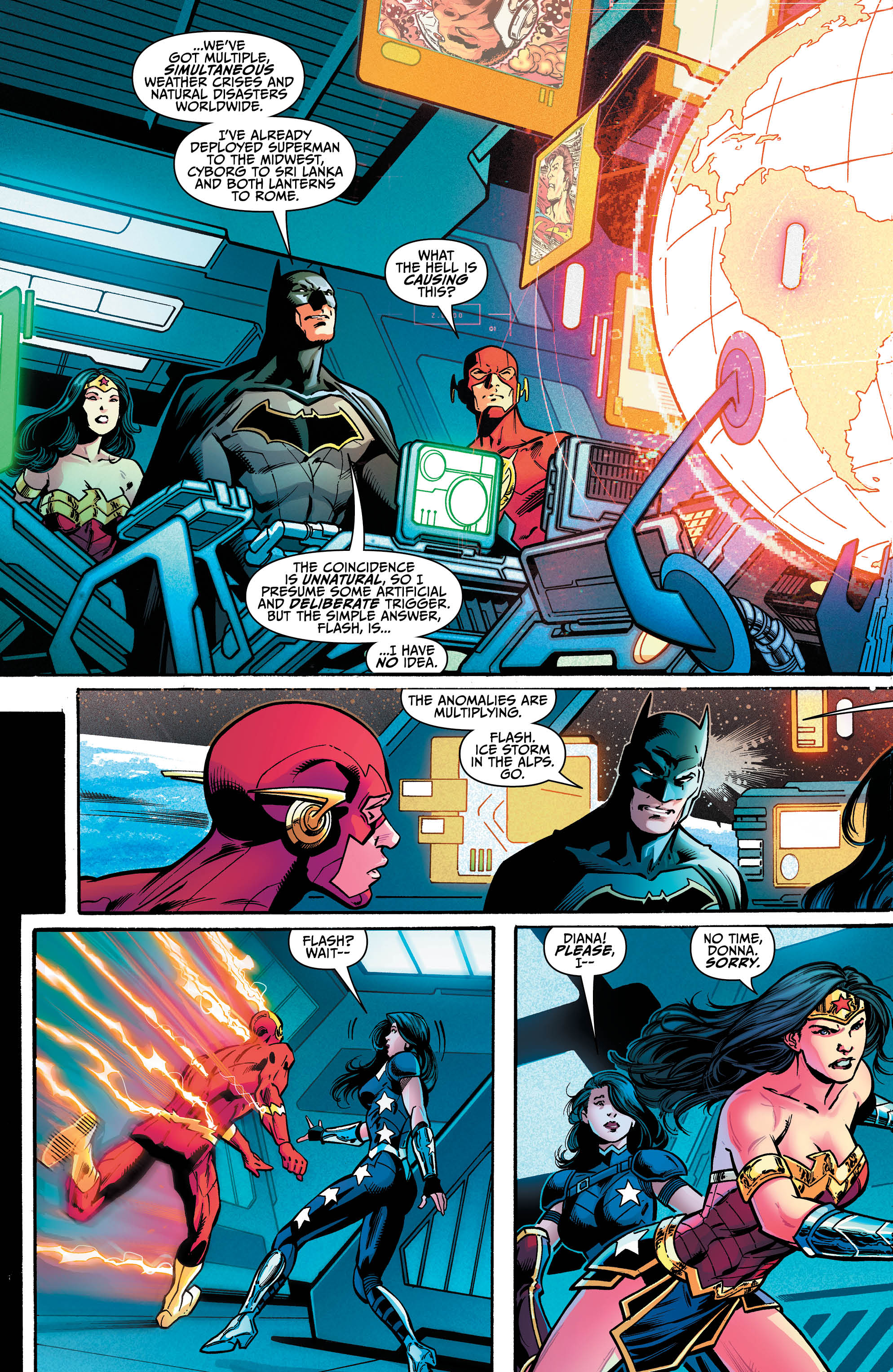 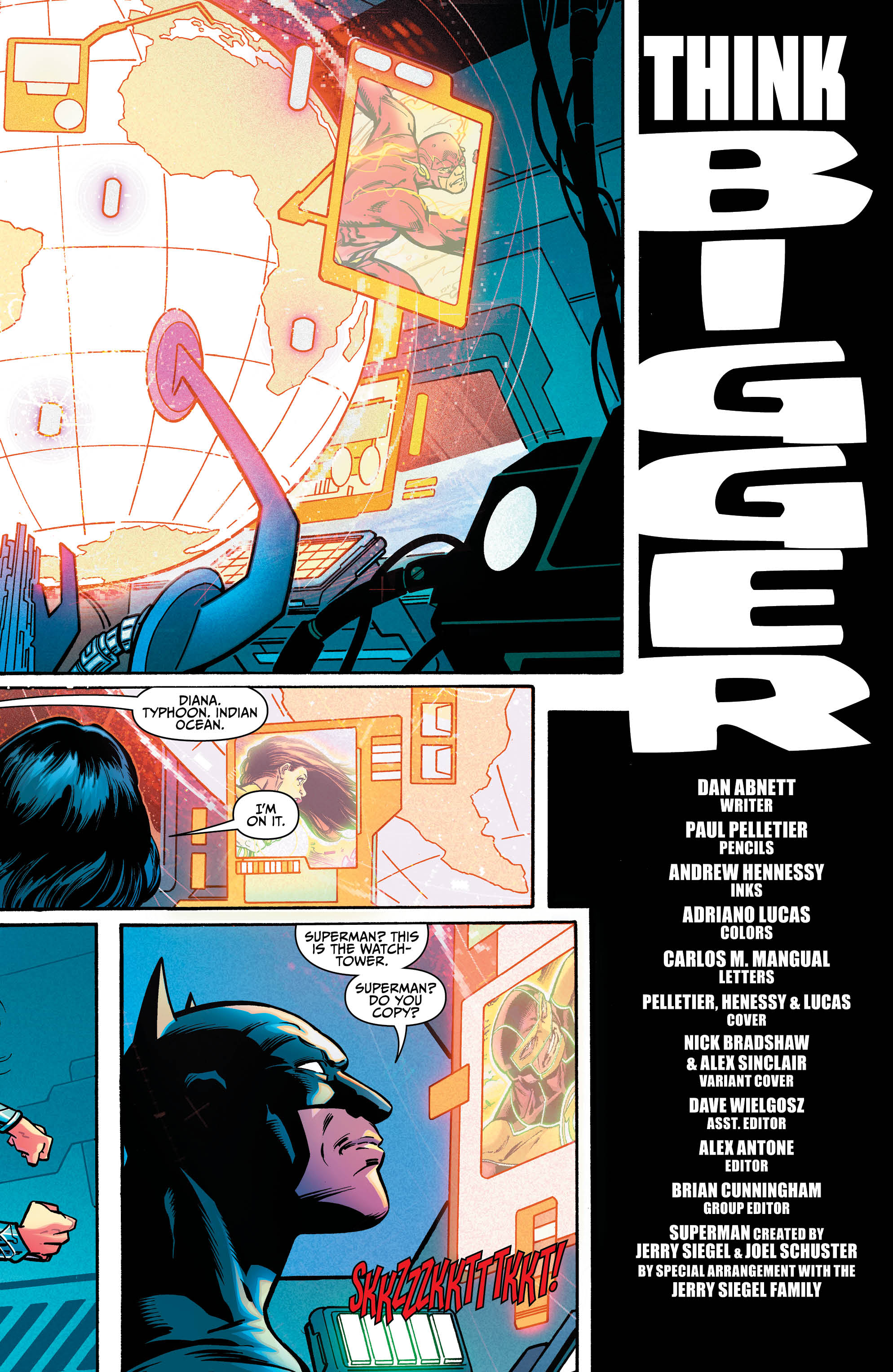 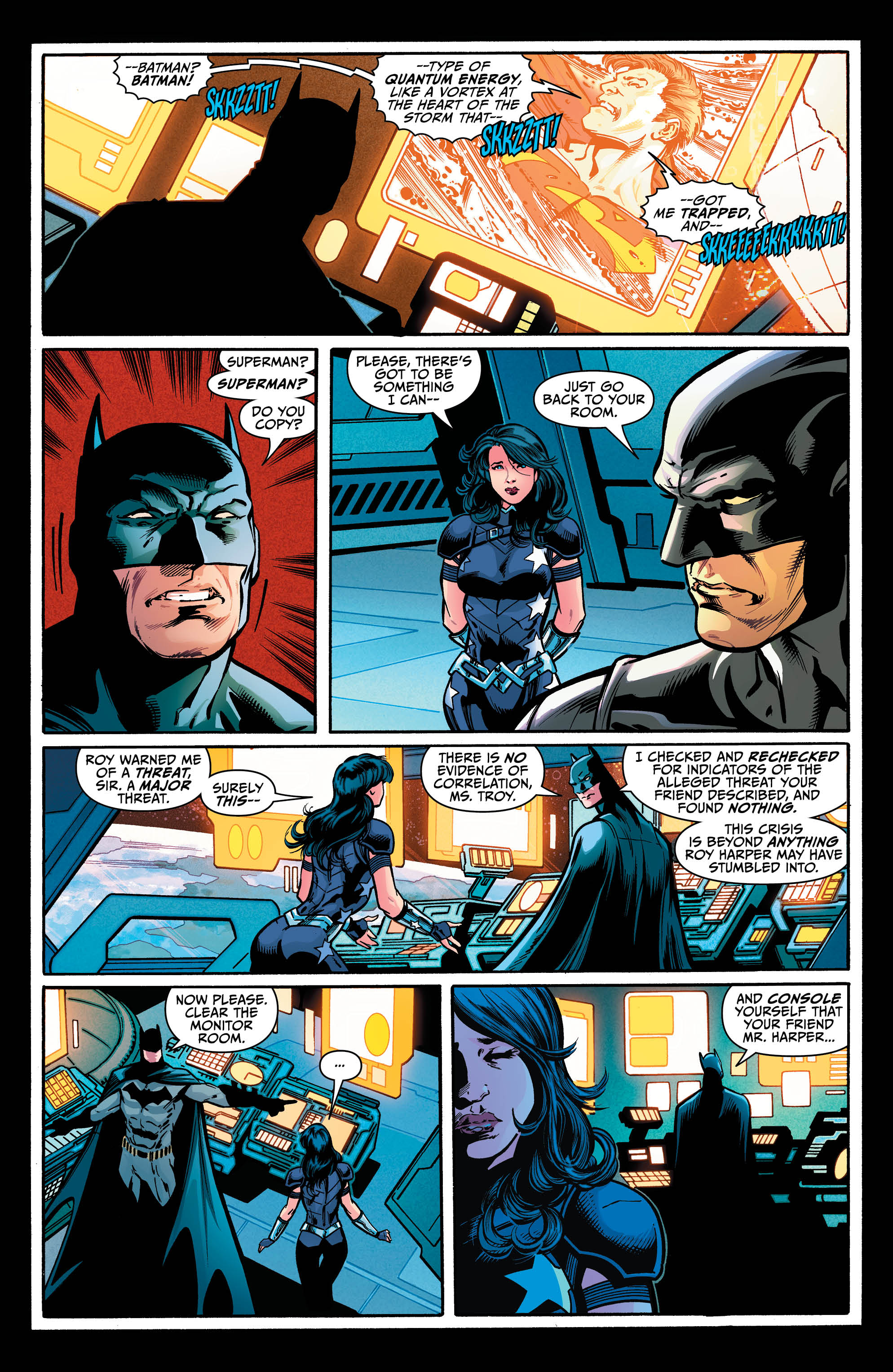 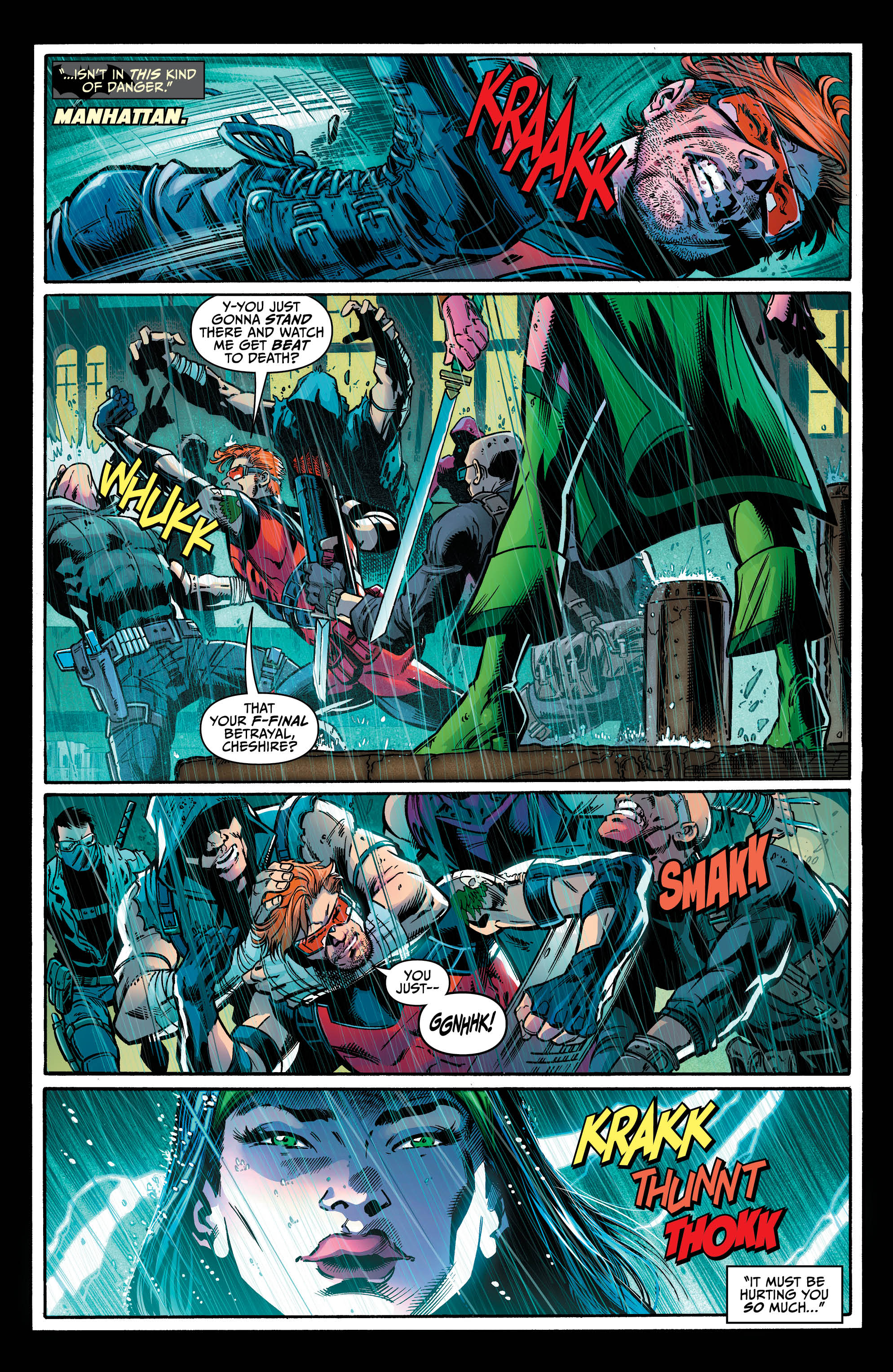 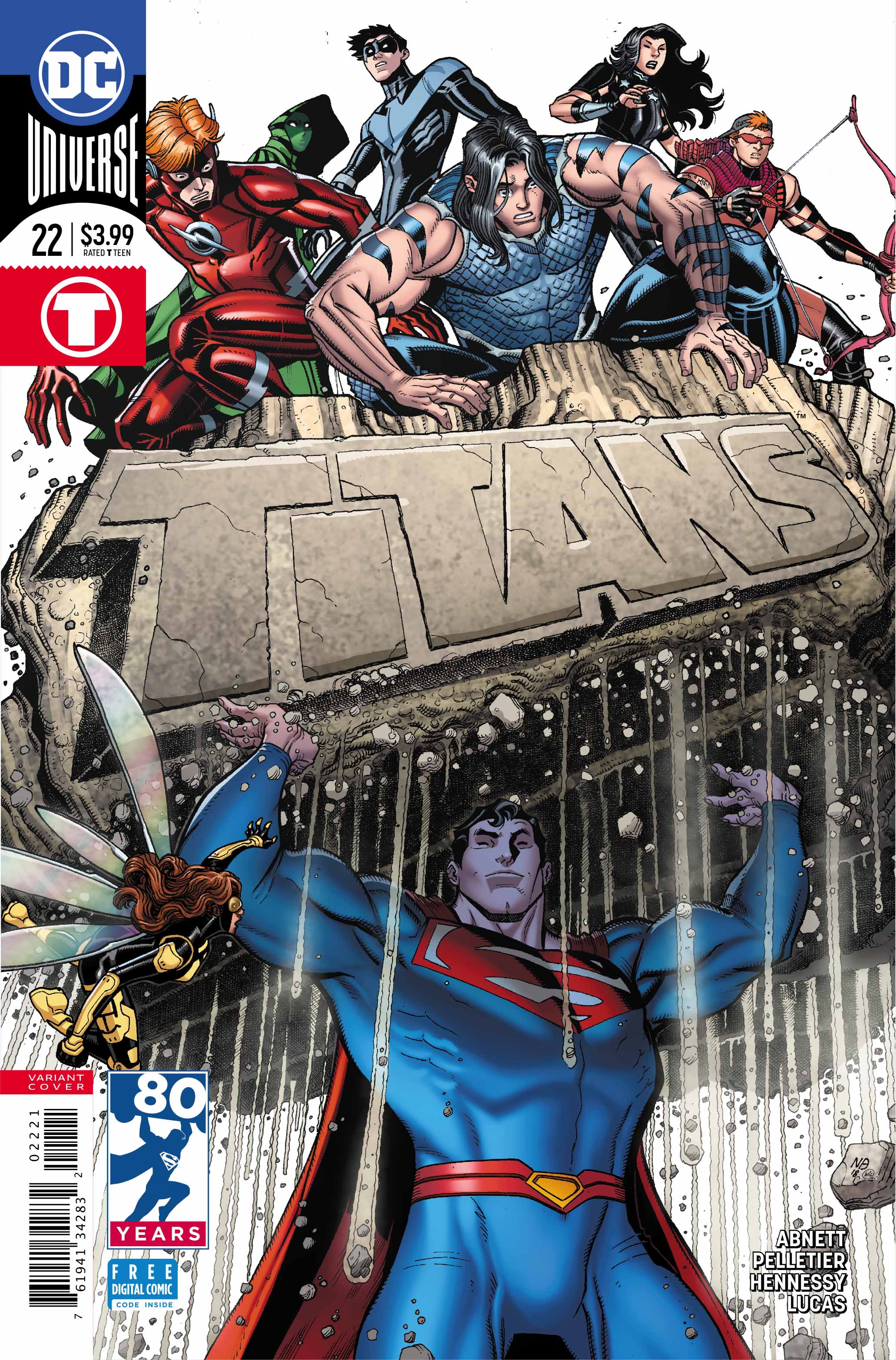 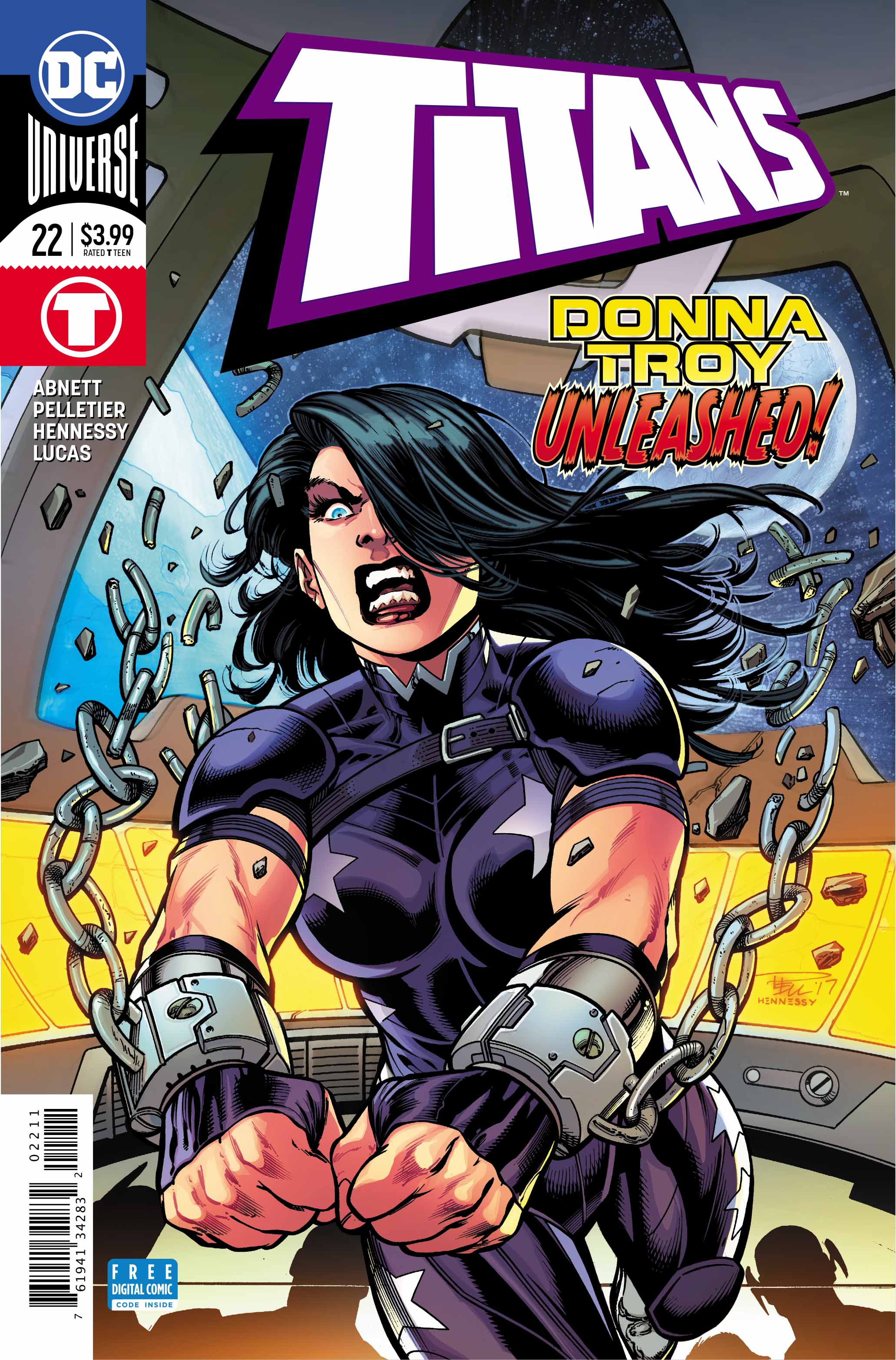 The art in Titans #22 was enjoyable. Pelletier’s renderings were quite good, particularly with facial expressions. Undoubtedly, the inking prowess of Andrew Hennessy added texture to the panels. The lines are crisp and clean while the shadowing truly adds depth. I love the visual appeal of laser blasts or other elements brought in and out of focus within the panels. This adds layers to the character’s movement, which I found absolutely brilliant. Adriano Lucas’ color work adds contrast and contributes nicely to the issue.

Titans #22 packs quite the punch, ramping up the action of this arch considerably. Finally, Donna Troy takes action. Batman squares off against a multitude of Brain bots. The Brotherhood is portrayed as formidable and threatening. Still, Roy Harper and Donna Troy’s characters progress forward. These were all satisfying and welcomed advancements. Additionally, the art was beautiful and evocative. Finally, with few critiques, I must say I enjoyed this issue and look forward to what comes next!