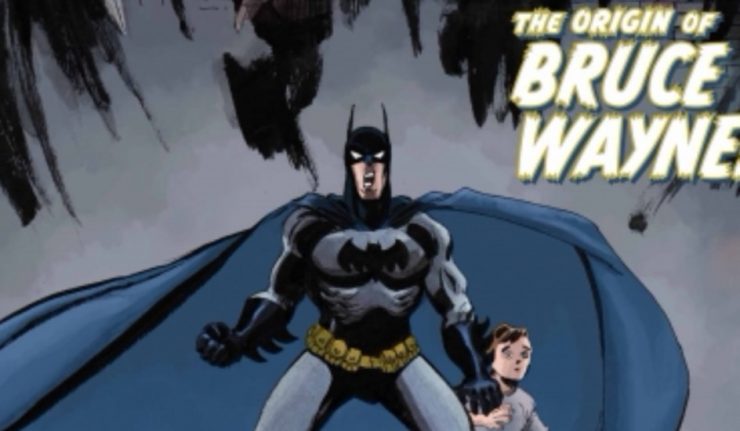 “The Origin of Bruce Wayne” 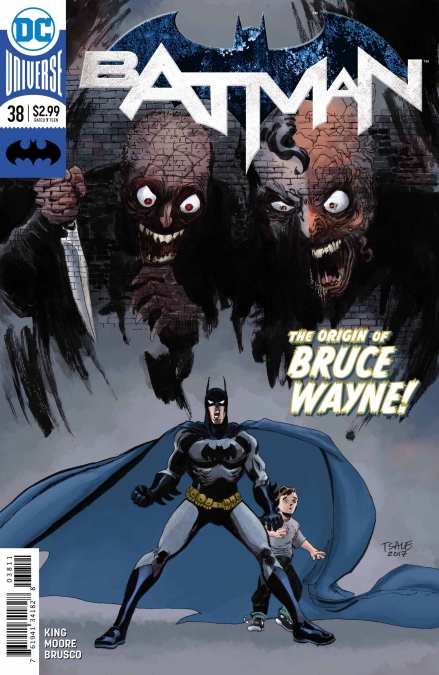 King’s scripting and plotting is in top form once again with a done-in-one tale. Batman works to solve a mystery when a rich child’s parents are murdered brutally. King’s script is very tight and concise. He does not waste a single panel or line of dialogue. Somehow, King successfully weaves a set-up, journey, red herrings, and twist into a brief 20-page story. This type of comic book storytelling has fallen by the wayside in recent years. After many multi-chapter story arcs, it is refreshing to read a one-shot issue.

The tone of the comic is very dark and gruesome; a complete 180 shift in tone from the previous date night issue. The tonal shift demonstrates a verisimilitude and growing maturity in King’s writing. Typically, King’s use of visual and thematic repetition is usually awkward and forced. His previous issues often are heavy-handed. It was as if the comic repeatedly kept on hitting the readers over the head with obvious ideas. But here, the repetition is much more subtle. The ideas behind the scenes and the use of the similar looking- but not recycled-panels creates a much more satisfying read. The utilization and integration of the literary devices reads like a mature writer with a strong handle on his script. 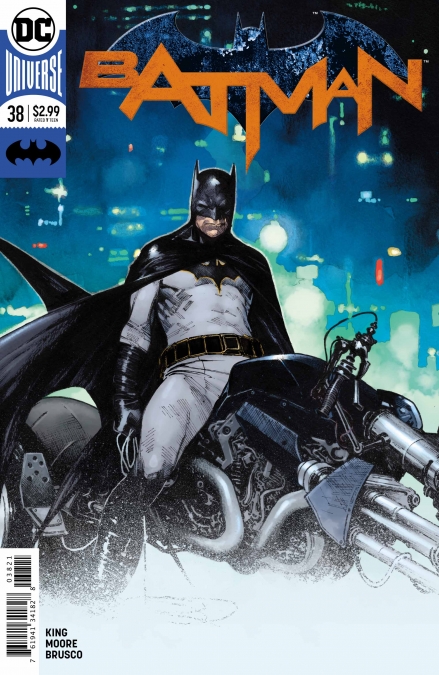 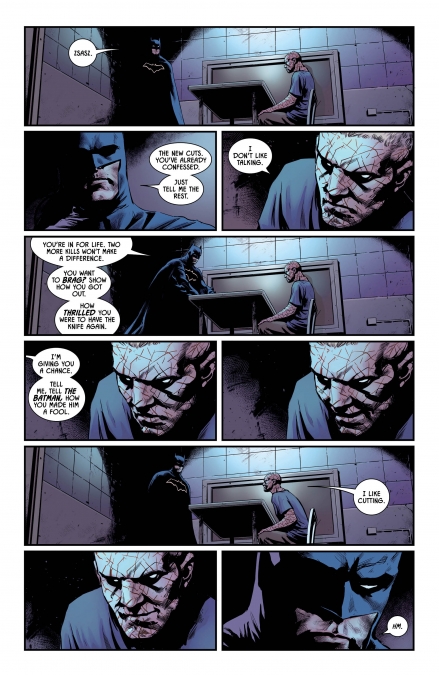 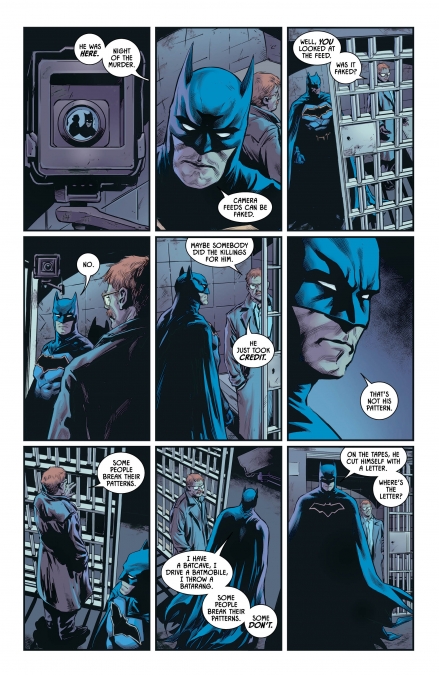 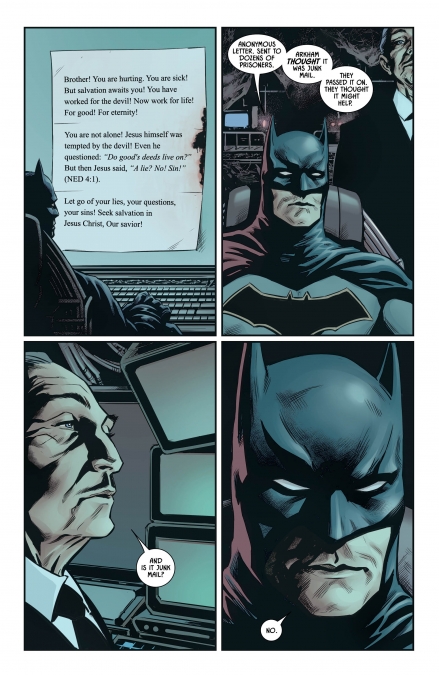 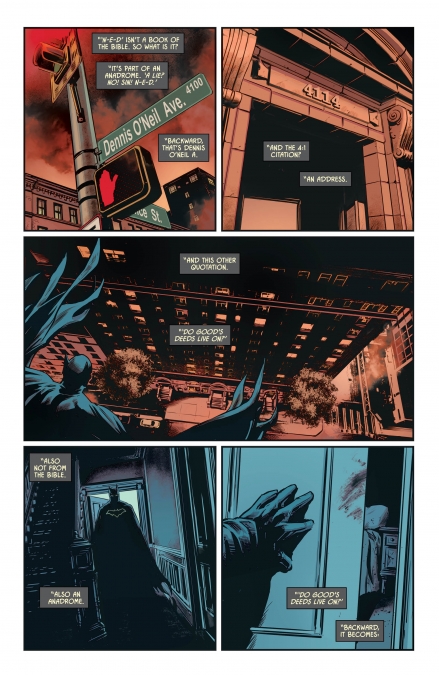 It helps that Moore’s art strikes a realistic and eerie mood. His style is reminiscent of a less-cartoony Yanick Paquette. His character models are just realistic enough for it to look scary.  Zsasz looks particularly creepy. His overly-scarred skin is unique and grotesque without being too gross. The secret antagonist is also suitably scary thanks to Moore’s art.

In fact, the only flaw of the issue is the ending resolution. Without giving away the twist, the way Batman dispatches the primary antagonist is cold, quite frankly out of character. Furthermore, the ending depicts an unflattering and inaccurate portrayal of the mentally ill facilities.

Despite some minor flaws, King and Moore’s comic is everything one wants in a Batman detective story. Twists, shocks, interesting emotional arcs, and classic villains are all in the story. It is a testament to King’s growing skills as a writer and a showcase for creepy and great comic art.