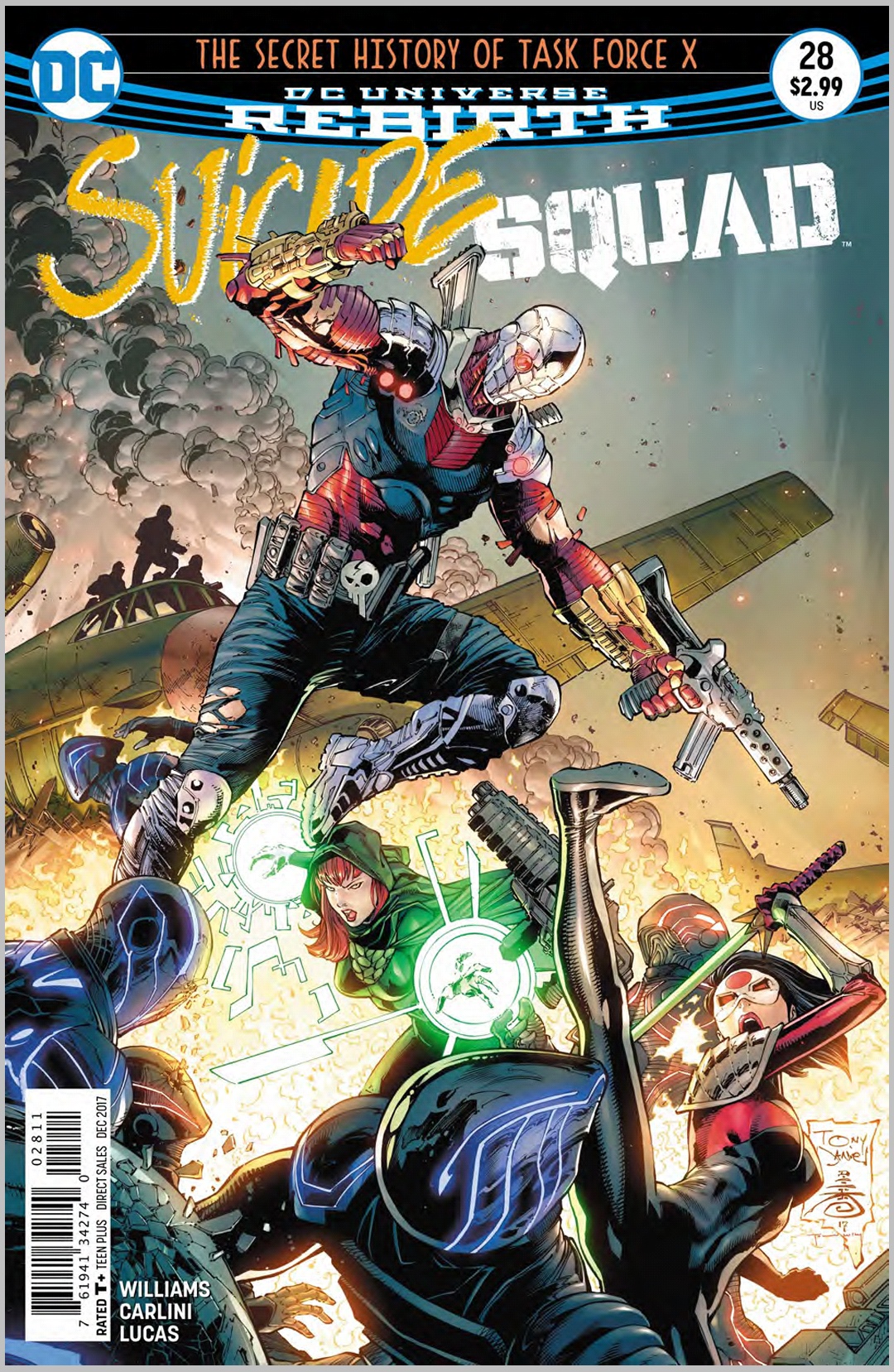 Rob Williams’ second year of Suicide Squad is pushing forward nicely. In the second chapter of “The Secret History Of Task Force X,” we meet more of Rick Flag Senior’s team, and learn about their original missions.

I have always appreciated the efforts that comics writers go to to research their characters, and to reference classic stories from the past. Seeing Karin and Rick appearing in new comics is a real treat for this aging fanboy. I really love it when today’s hot talents show respect for what came before, rather than completely ret-conning and “reimagining” stories just for the sake of it.

It’s even better when these new talents are terrific storytellers in their own right. Rob Williams is telling tales that will also stand the test of time. 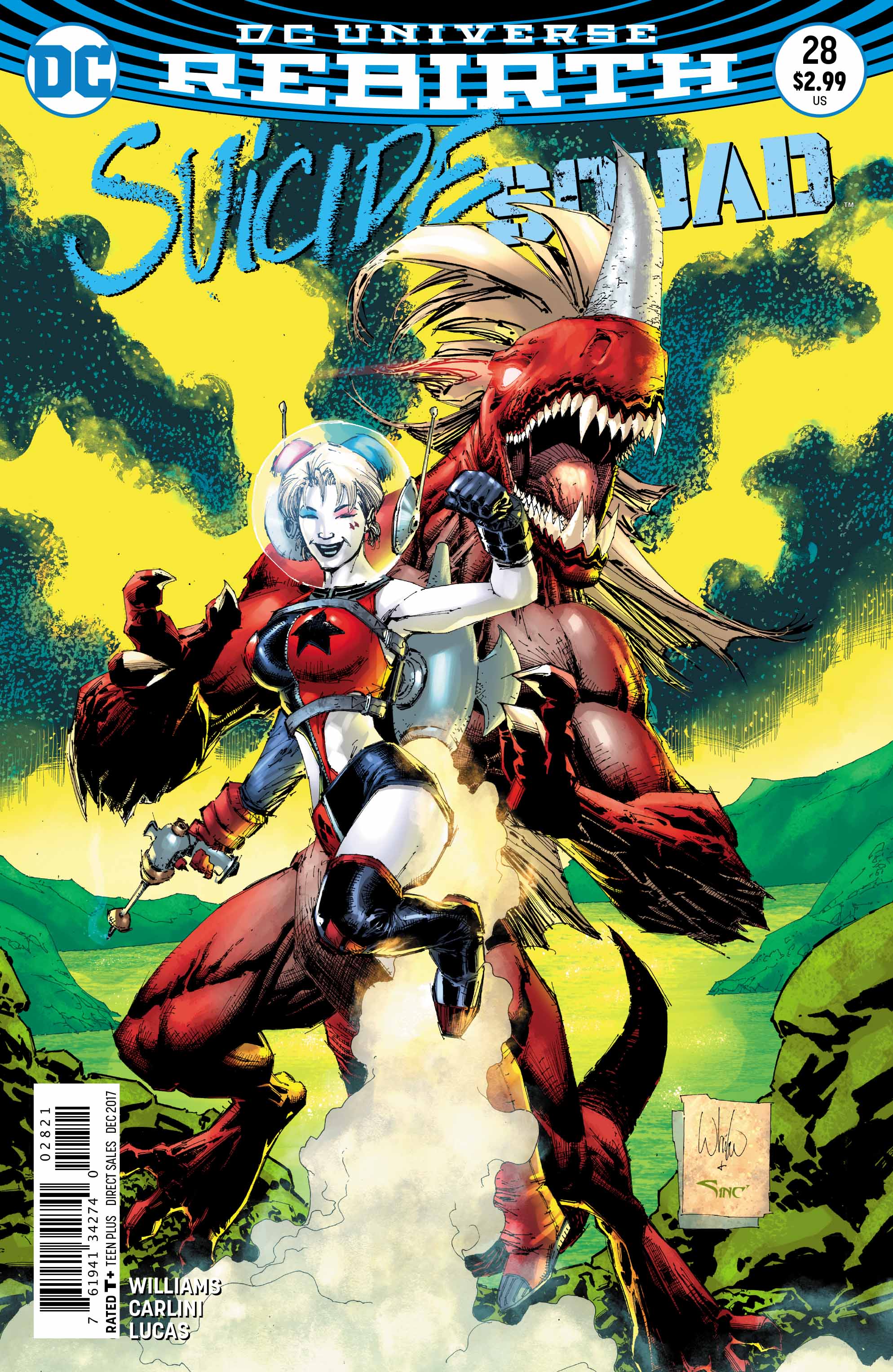 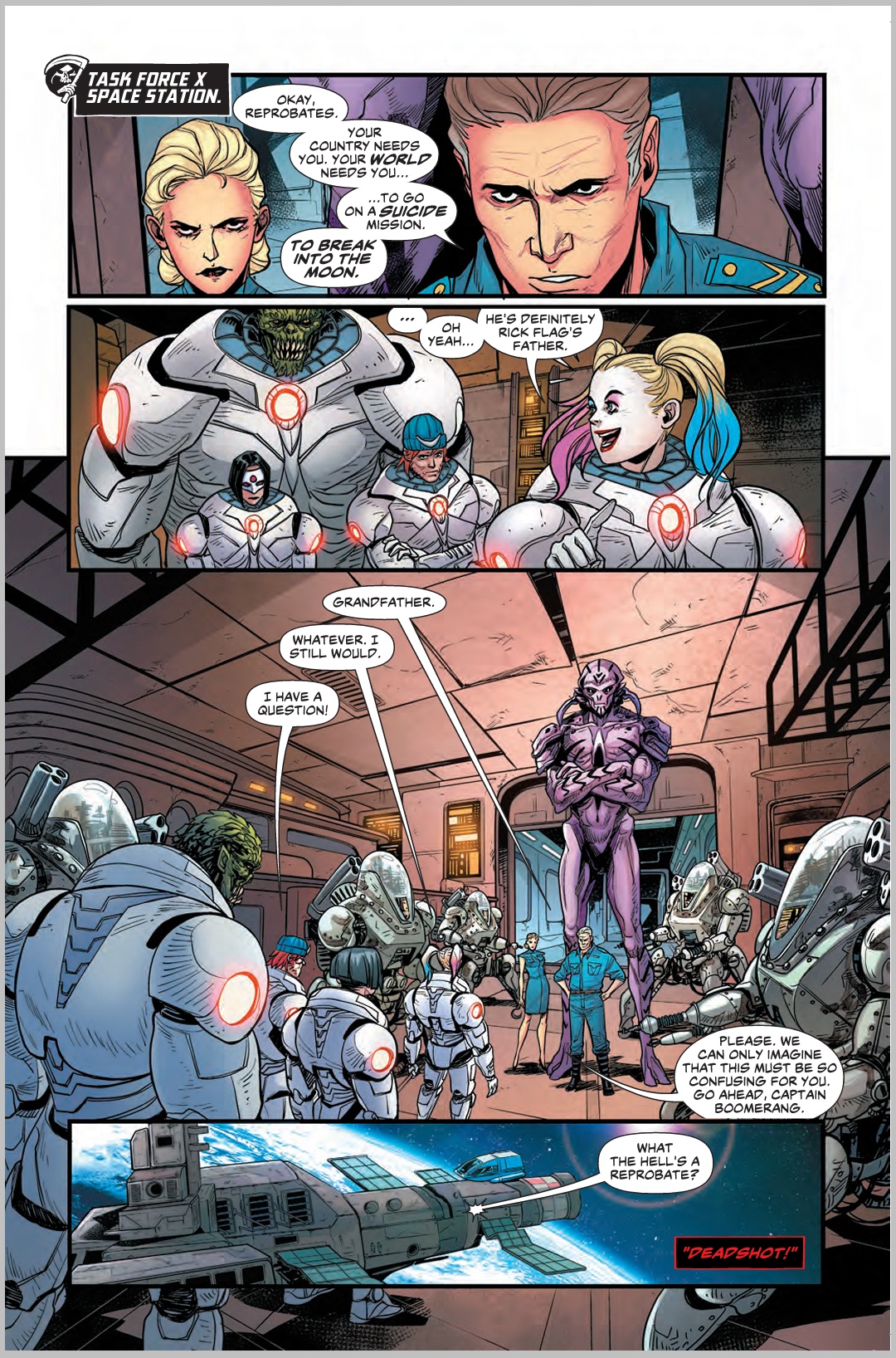 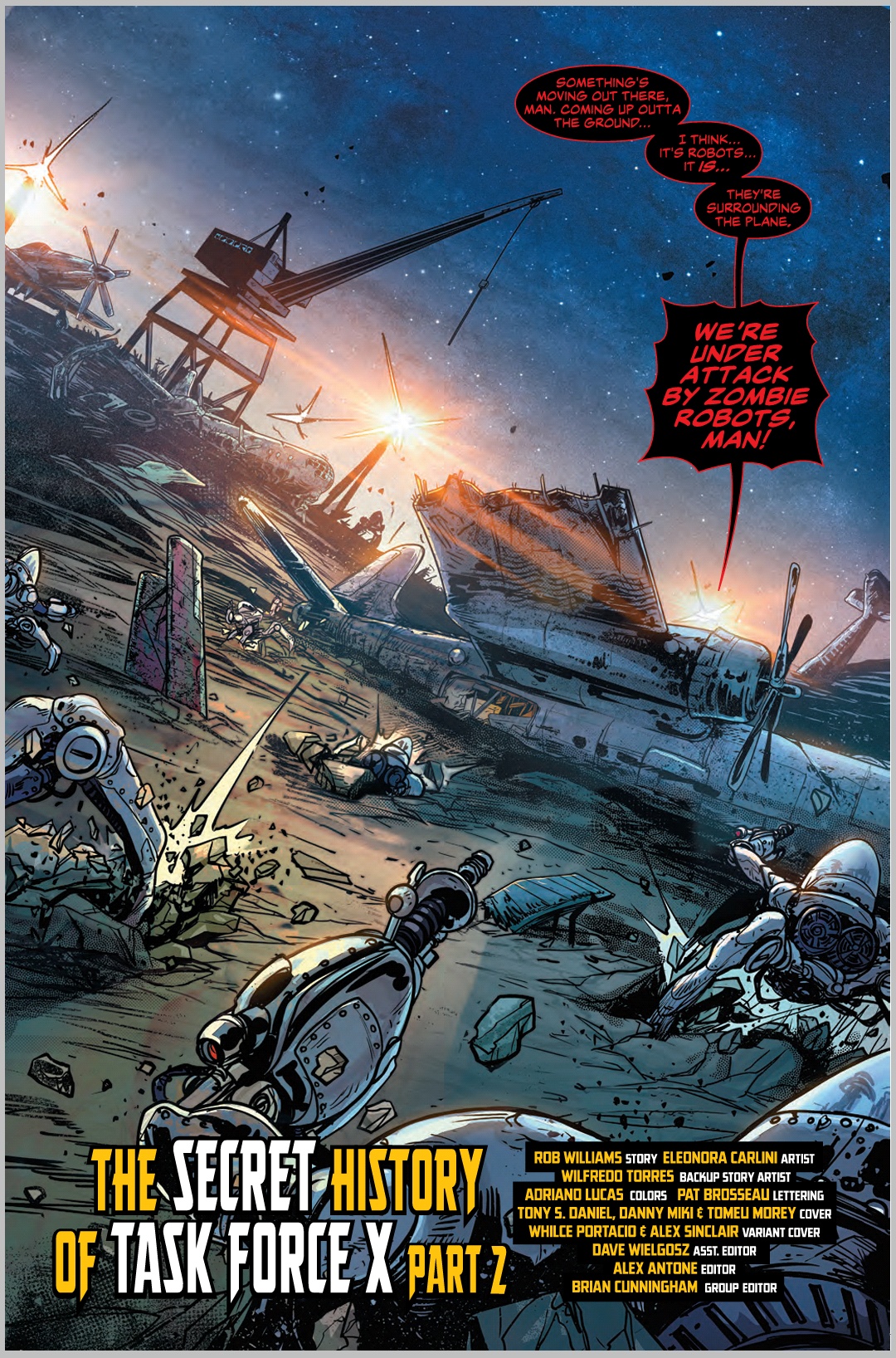 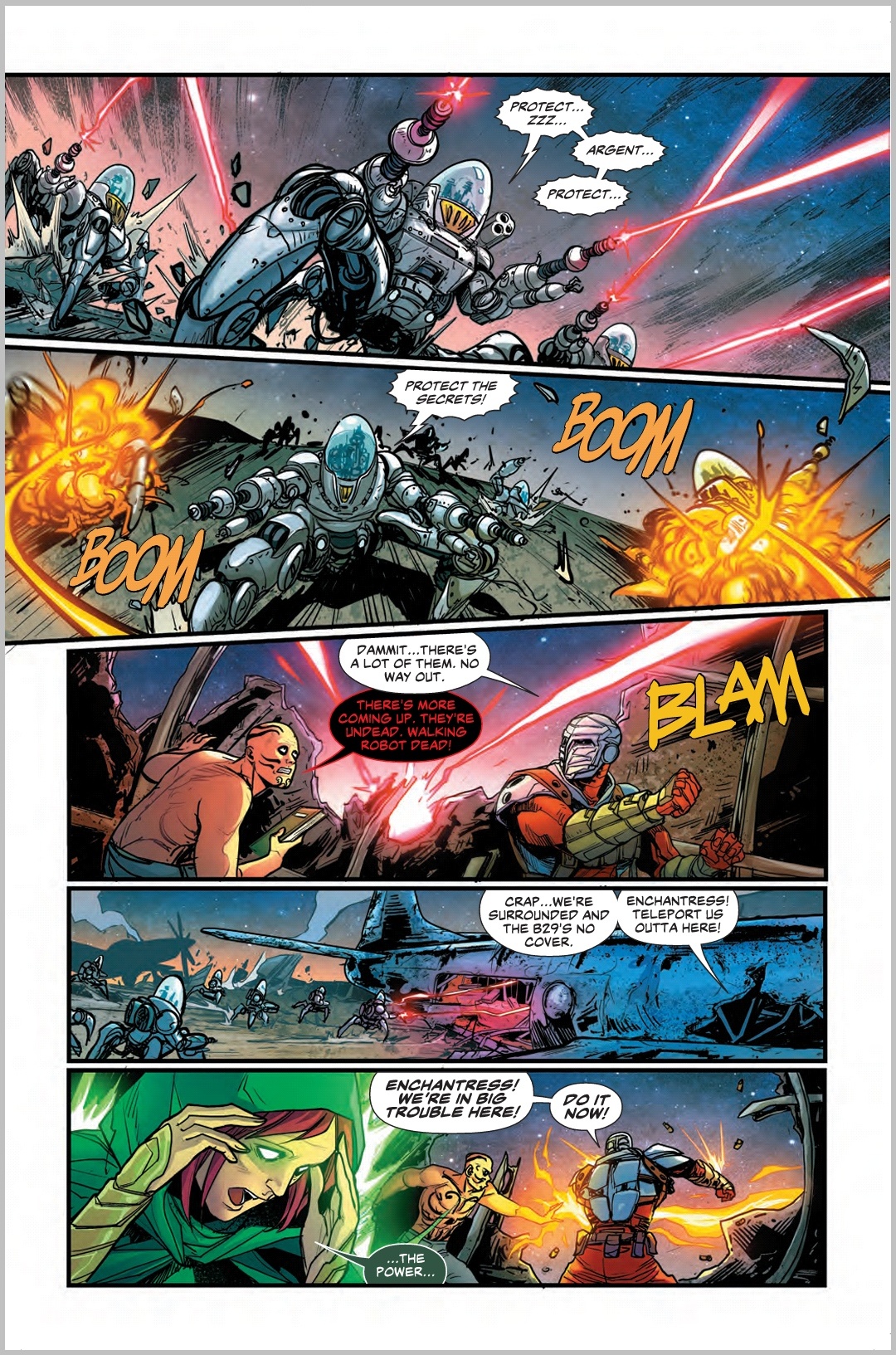 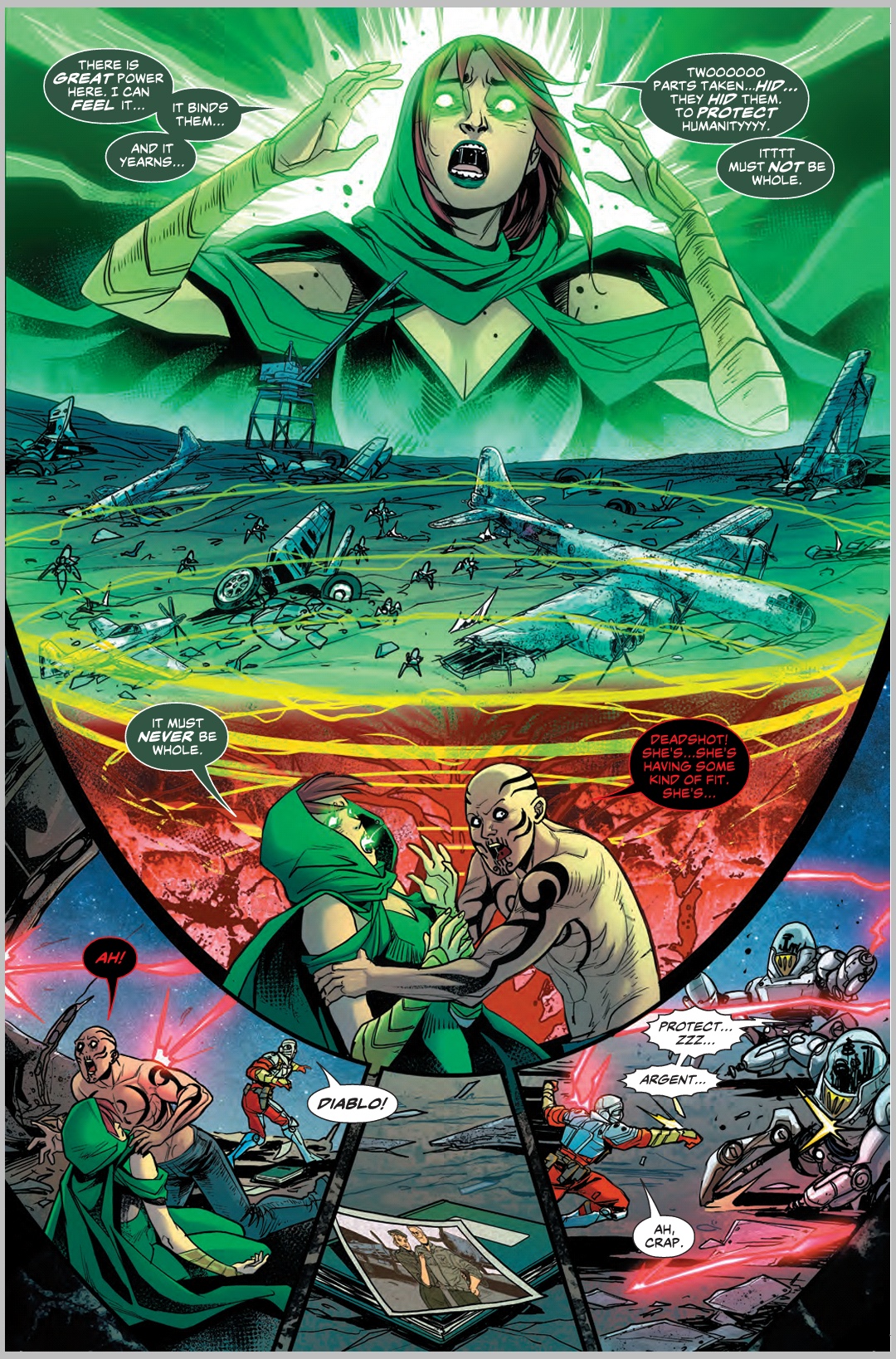 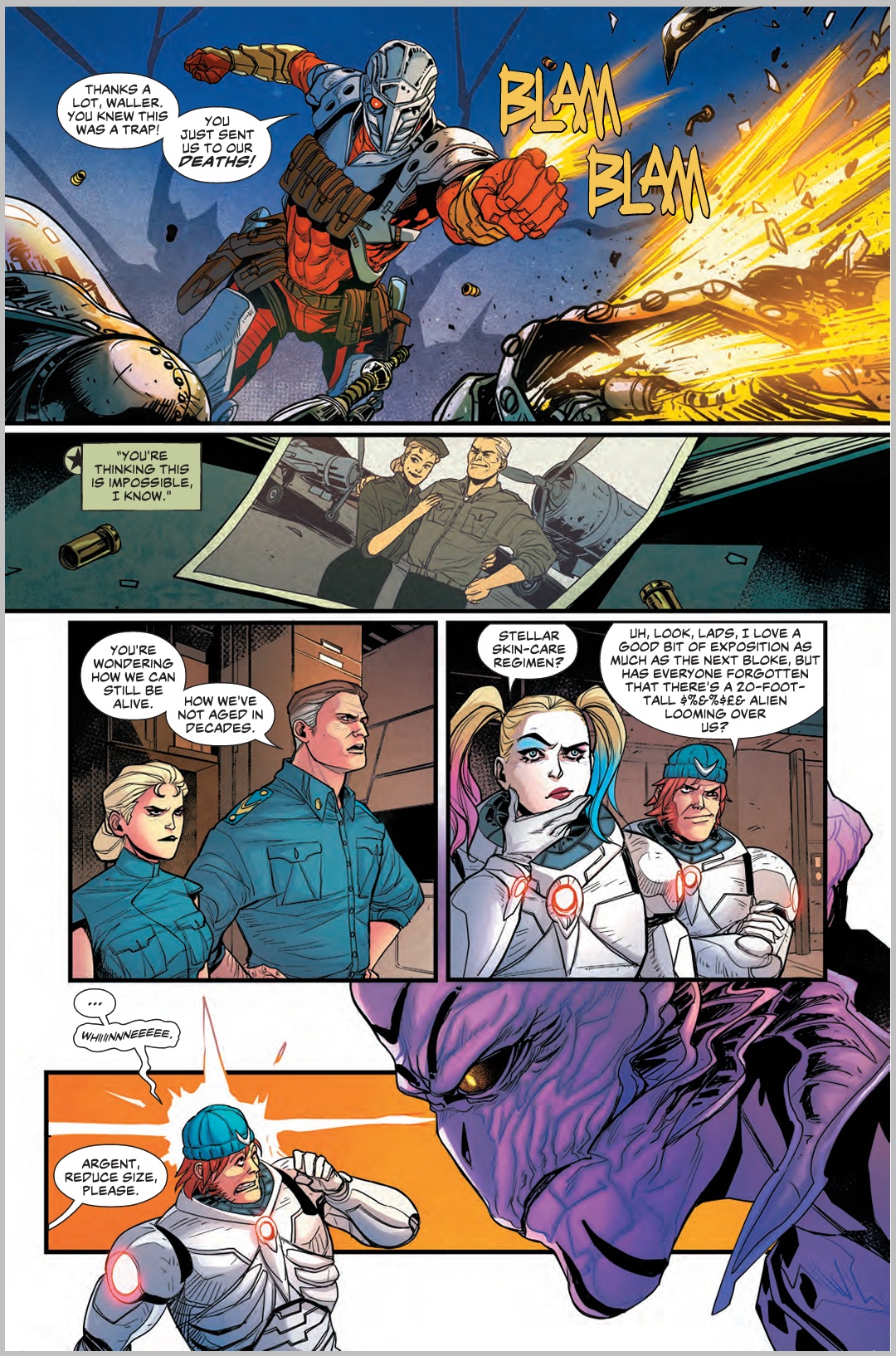 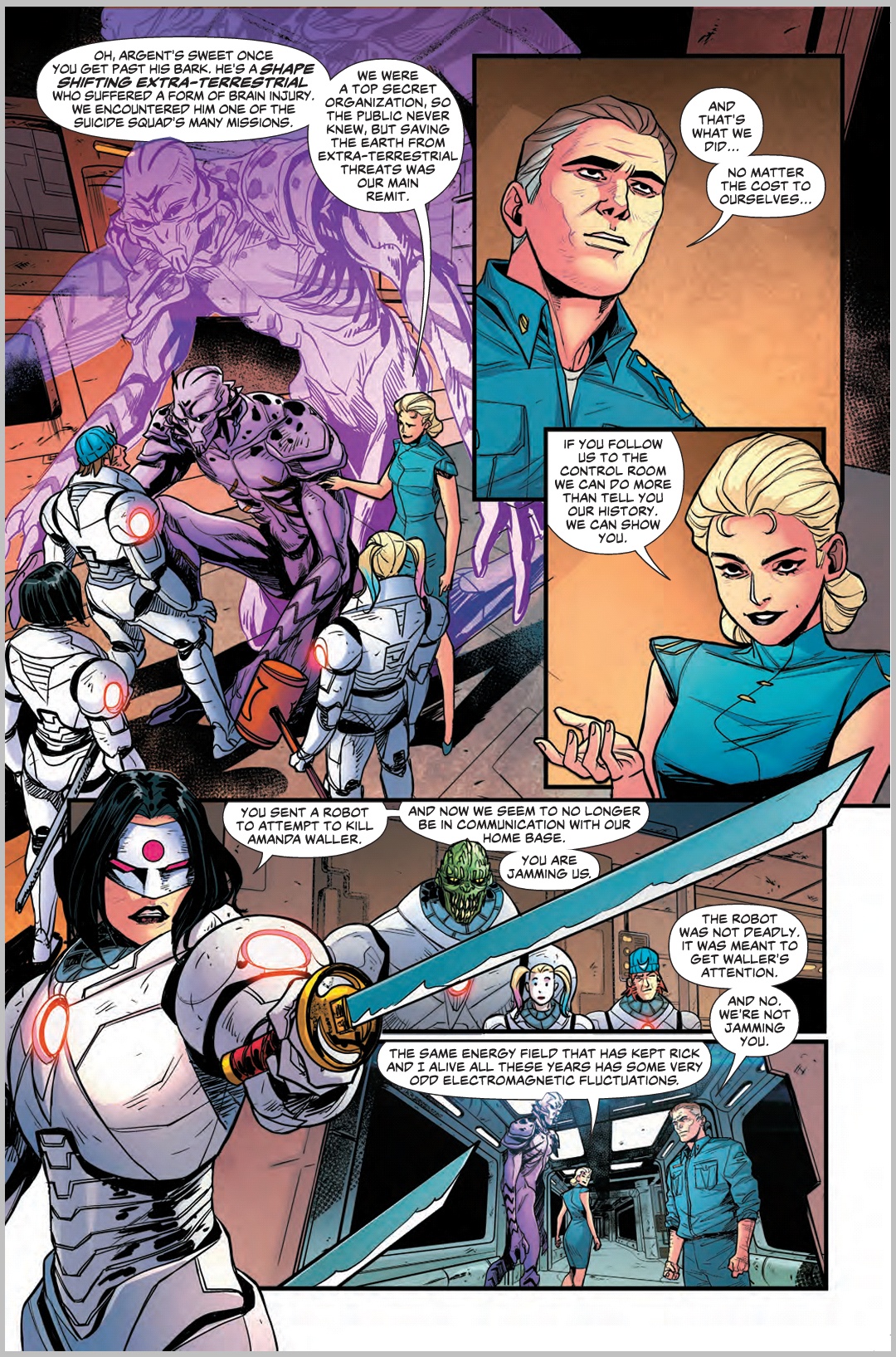 The latest issue really showcases Rob’s talent for action, and his ability to write crisp, clean and funny dialogue. The way he can make Harley both crazy, and vulnerable shows that he has a firm grasp on her as a character. A particularly poignant conversation happens between Ms. Quinn and the elder Mr. Flag.

Harley Quinn: You look pretty sane to me. You wouldn’t be lying to us now, would you?

Rick Flag Sr: You… have no idea what we’ve been through. What we’ve sacrificed to keep you all safe.

My grandson… you were in love with him?

Harley: You must not have read the files, Commanderino Old-school puddin’.

I don’t do feelings.

Flag: There is a liar in this room, Quinn. It isn’t me.

The art in this series has really been up and down in recent months. This issue, I quite liked the stylised, yet subtle aesthetics of Eleonora Carlini. She handled the action scenes well, and her character moments stayed just on the right side of cartoony. Her facial expressions were not caricatures, and worked well. She drew the above scene with a great measure of restraint, not always evident in recent instalments.

Colorist Adriano Lucas and letterer Pat Brosseau are veteran artists, and their work on Ms. Carlini’s main, and Wilfredo Torres’ backup strip, were up to their usual excellent standards. I love the Robert Mitchum-esque vibe that Mr. Torres gives his version of King Faraday.

This was a solid, well written issue, with art more to this veteran reader’s tastes. It was a satisfying read, and kept my interest from start to finish, earning itself a highly respectable: