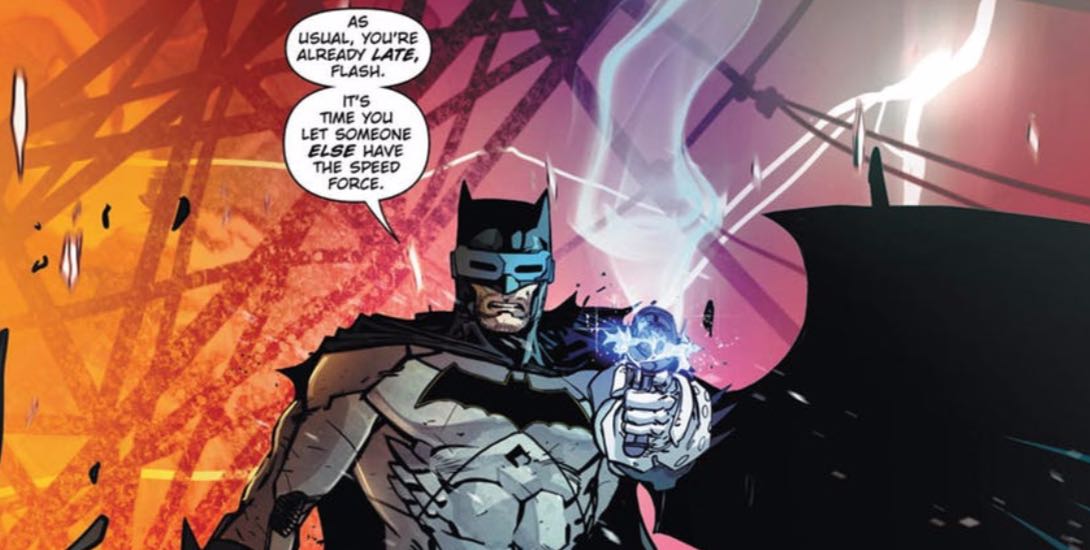 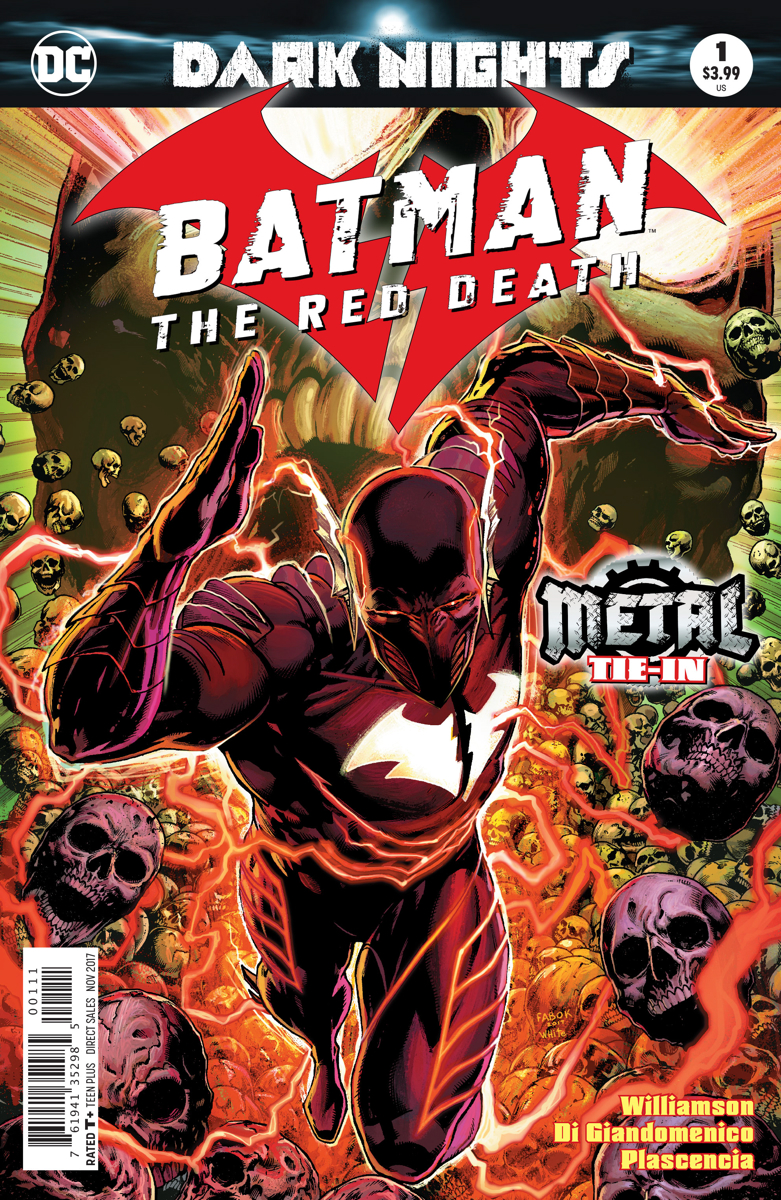 A preview for Batman: The Red Death #1 is online. It chronicles the rise the Red Death a.k.a. the evil Batman version of the Flash.

The preview is really telling of what is going to happen to the Flash of Earth-52. Evil Batman is hunting down Barry Allen to steal the Speed Force from him. Typically, this should be a one-sided battle, but Batman is equipped with all of the weapons from Flash’s Rogues. If you ever dreamt of Batman packing Captain Cold’s gun, Weather Wizard’s wand, and Mirror Master’s mirrors, then this comic is for you. Bonus: Batman wearing Captain Cold’s visor also makes him look like a Mole Man cosplayer. 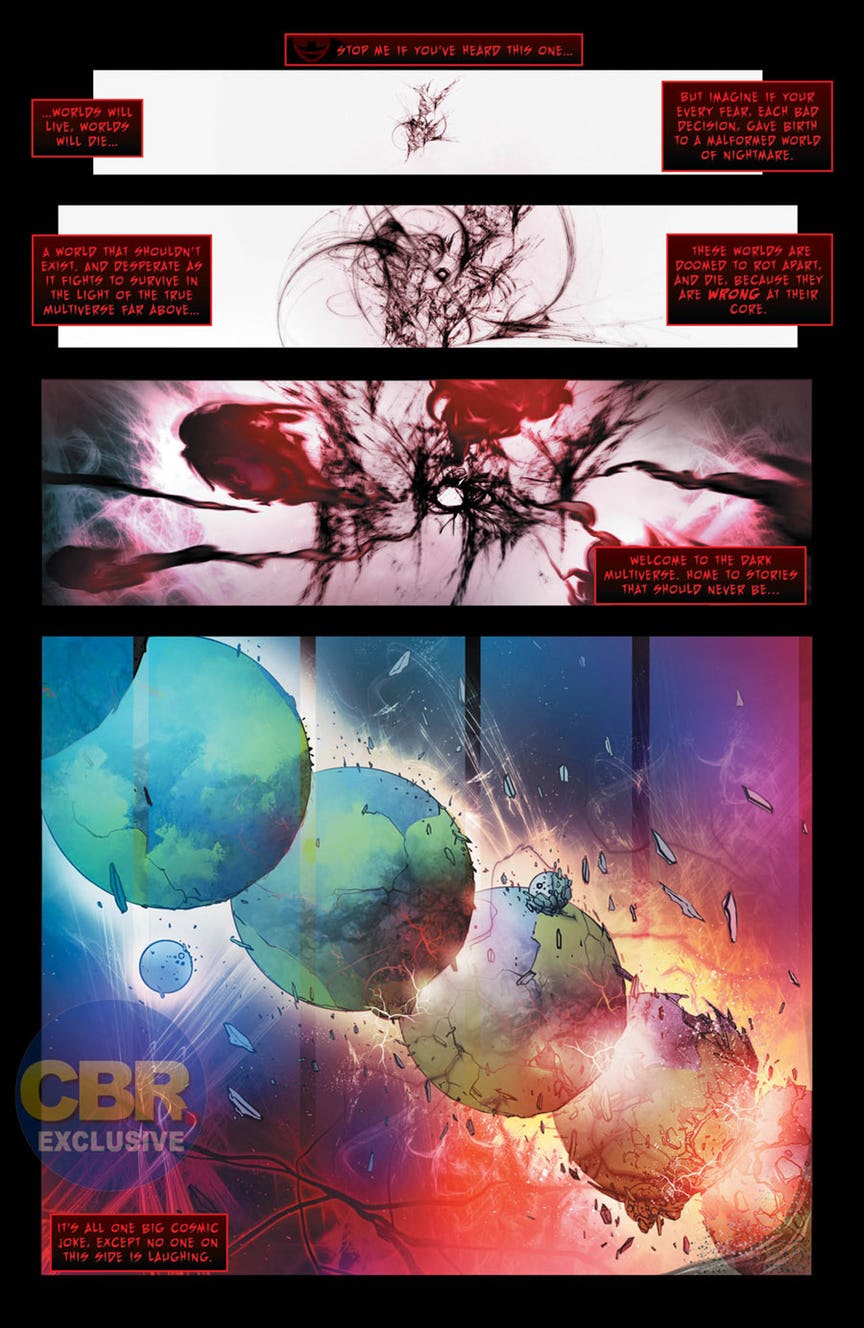 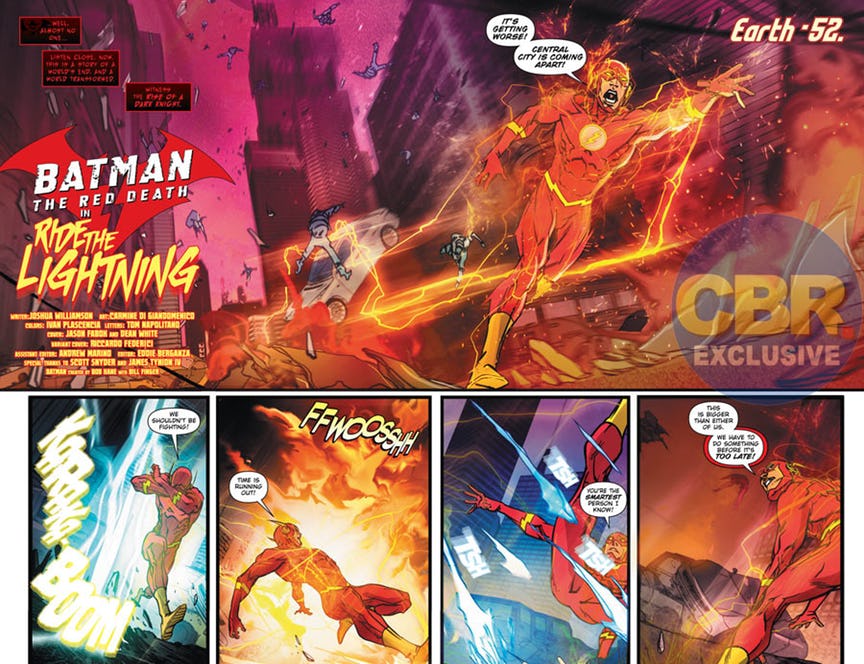 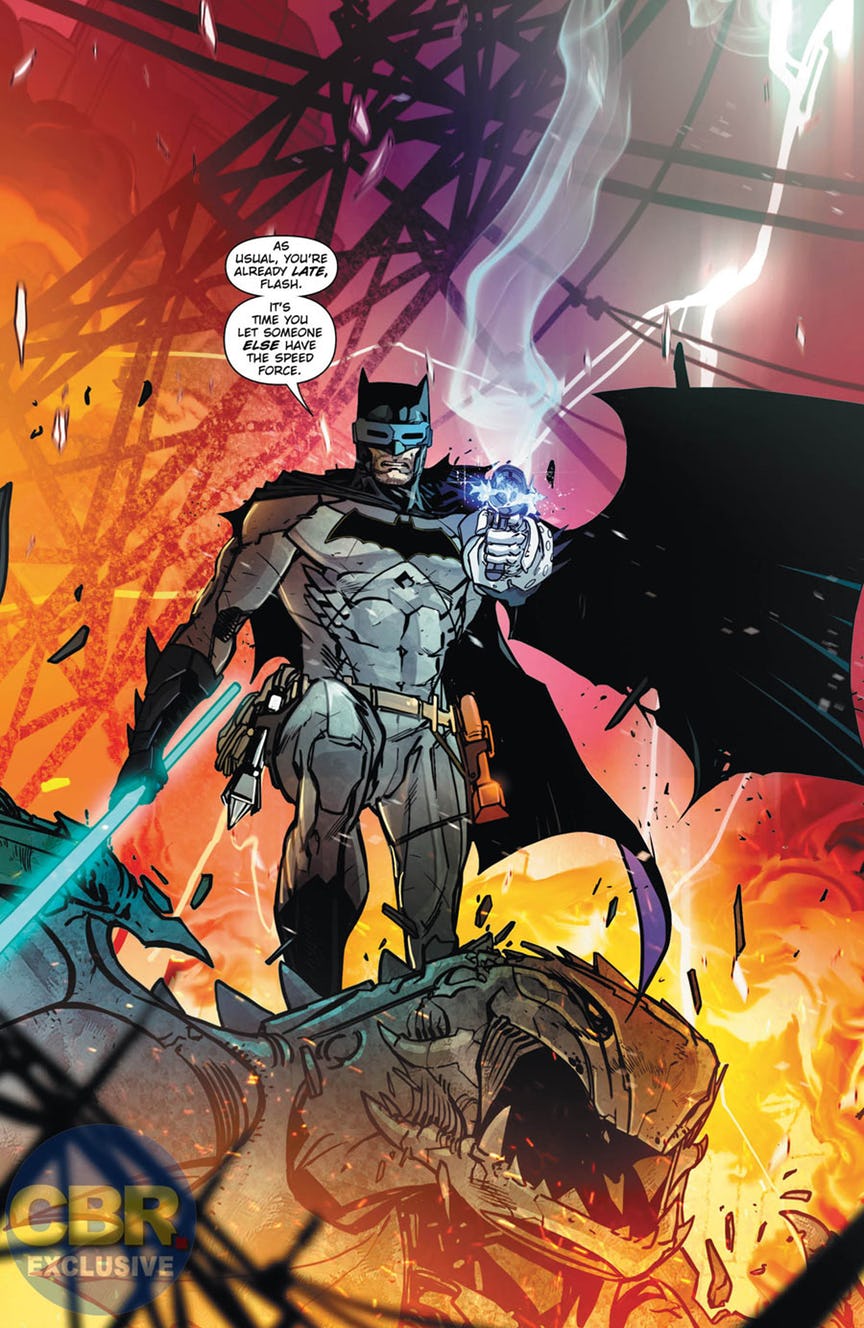 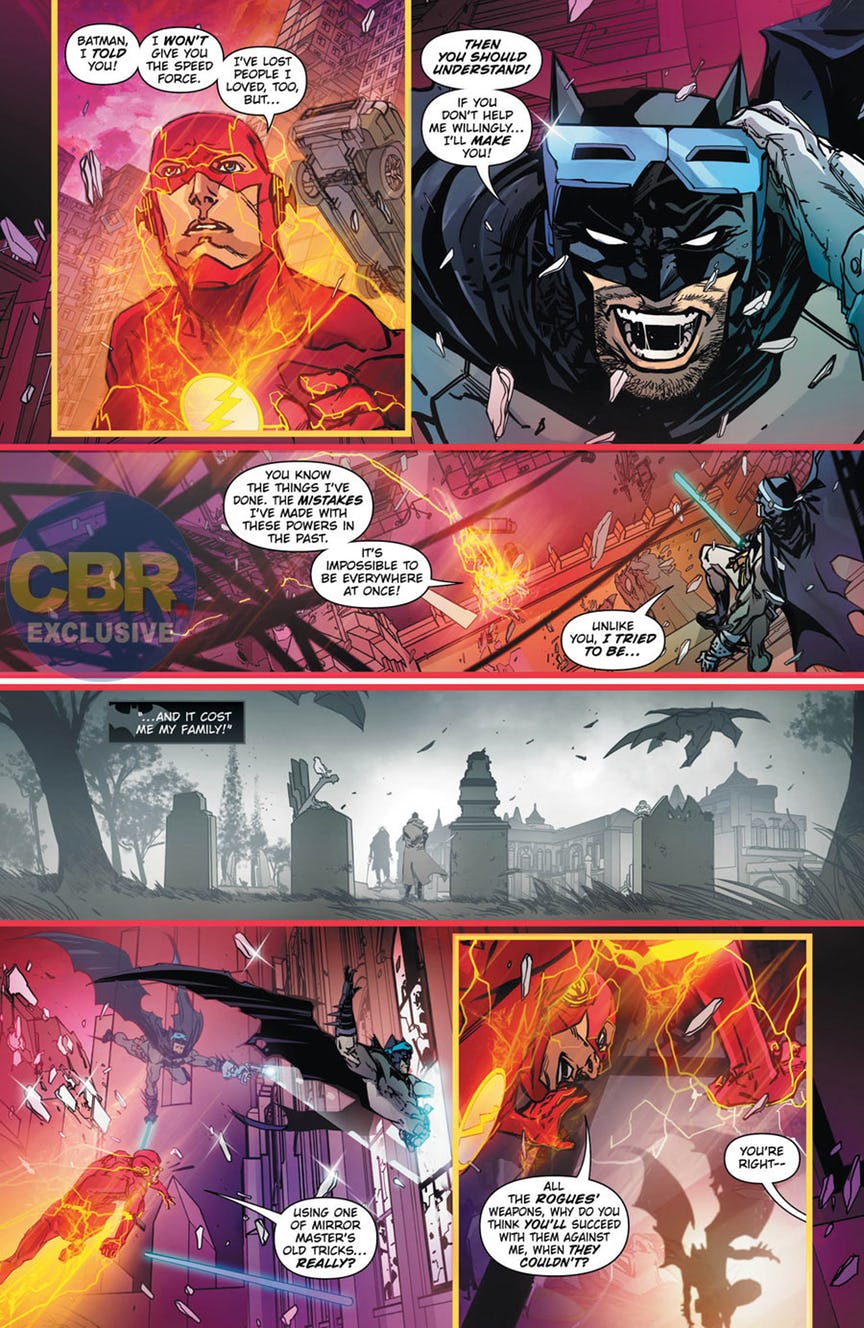 Batman: The Red Death #1
Joshua Williamson (w) • Carmine Di Giandomenico (a)
Cover: Jason Fabok
As the events of DARK NIGHTS: METAL rock the DC Universe, the creatures of the Dark Multiverse stand ready to invade our world! How can even the World’s Greatest Heroes stop a horde of deadly beings that appear to be powerful, nightmare versions of familiar figures? Find out in these special tie-in issues!
Rating: Teen+
In Shops: September 20th, 2017
SRP: $3.99