Dark Knight III: The Master Race is still leaving its mark on the comic book world.

It’s been a few months since the final issue of the series from Frank Miller and Brian Azzarello hit store shelves, but the book is still a hot discussion in comics. The well-crafted, great looking story has just been released in a complete, 400-page hardcover trade. To celebrate the occasion, and draw in more fans, DC has created a cool motion comic spot to run on seven networks: Adult Swim, AMC, Boomerang, El Rey, TBS, TNT and TRUTV.

In addition to the spot, DC is also teaming up with National Cinemedia to release other cross-promotional ads to promote comic book stores that are selling the book. Sure, the business side to it all is understandable, but as a fan: that motion comic looks fantastic. 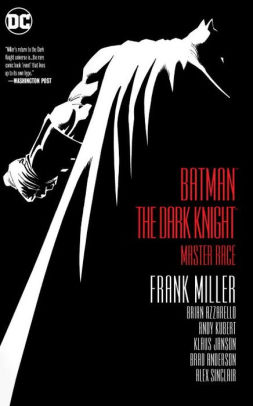 DKIII: The Master Race can be found wherever comic books are sold for $29.99 USD.