There are a number of projects lined up for the DCEU—Justice League, Aquaman, Shazam, Wonder Woman 2, Cyborg, Green Lantern Corps, and that just covers what has a date attached to it. Undated films include either sequels (like Justice League 2 and Suicide Squad 2), other “core” characters (like The Batman and The Flash), and spin offs with established DCEU characters (like Gotham City Sirens and that Harley Quinn/Joker movie). One of the most interesting, and most looked forward to, is the Nightwing movie.

Dating back to 1944, films featuring superheroes led by big names like Captain America, Superman, and Batman. We even saw Howard the Duck and Steel on the big screen before other heroes more deserving. Superman and Batman have each had nine films based on them, while Spiderman has had six in the last 15 years! One of the most recognizable names in comics is Dick Grayson, the first Robin, and is one of the few characters that didn’t stay a consistent age and grew into an adult. Taking over 75 years, maybe even 80 by the time it hits the big screen, the original sidekick will finally get his time to shine. 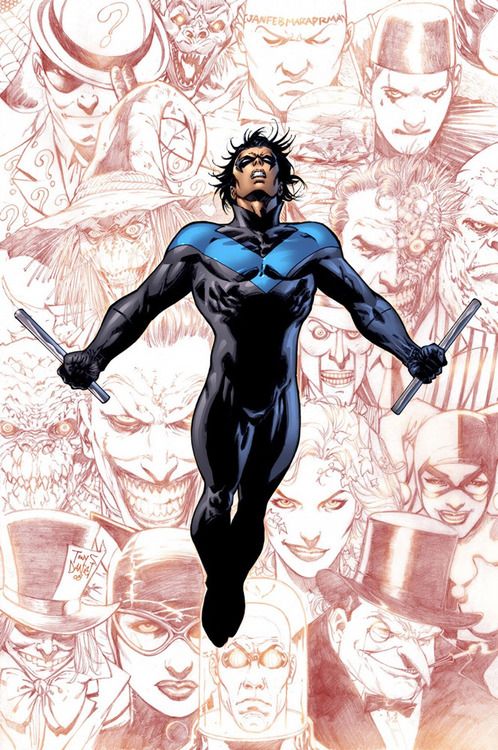 Chris McKay, directory of The LEGO Batman Movie, will be directing Nightwing and is very enthusiastic about it. Speaking with Collider’s Christina Radish, he had this to share about bringing Dick Grayson to life:

“I’m a big comic book fan, and being able to do the story of Nightwing, to do a Dick Grayson story, which is a character that every single person in the world knows, but has never really had a lot of screen time. They make a billion Spider-Man movies and a lot of Batman movies, and they’ve tried The Hulk. When they were making the Tim Burton movies, they were always like, ‘Oh, maybe we’ll do Robin in this now. Maybe we’ll save Robin for Returns. Nope, we’ll save it for the next one.’ With Christopher Nolan, people were like, ‘is he gonna do Robin?’ When they made Batman v Superman, they were talking about it. I’m a big fan of underdog stories, and he is one of the biggest underdog stories in comics. And he’s a character that I grew up with. I like the arc.”

Nightwing is still in the very early stages, but McKay is already planning what he wants. Something movies, especially superhero movies, rely a lot on these days are CGI special effects, but the director plans to focus on practical effects. Offering what he hopes the movie will be:

We still have a long way to go, with the DCEU having planned released through 2020, but with what McKay brought to The LEGO Batman Movie and what he has already said of what he plans to do with Nightwing, I’m looking forward to this new chapter of DCEU films.