Or Robin is Starfire’s second in command, Both are true for the legendary Teen Titans! 24: Legacy‘s star, Anna Diops, has been casted as Starfire for the upcoming Titans tv series.

Starfire’s character description writes: “An alien princess from a warrior planet who seeks asylum on Earth. A no-nonsense, take-no-prisoners stranger on our world, Starfire has the ability to shoot energy bolts and fly. Searching for her place on Earth, she’ll come into contact with the Titans.”

She’s been one of the most wicked characters in the DC Universe, and a live-action rendition could not have had a better start! A beautiful actress of color being cast as a major character role in a super hero franchise is always an exciting step. DC is doing well over-brilliant with their choices. In addition to her role in 24: Legacy, she has appeared in The Messengers, Quantico, Southland, and Everybody Hates Chris.

Starfire’s character has had an ongoing romantic relationship with Grayson throughout the decades. If they are paired within the series Titans, it will also be a significant power couple where a woman of color is a leading lady. Certainly a win! 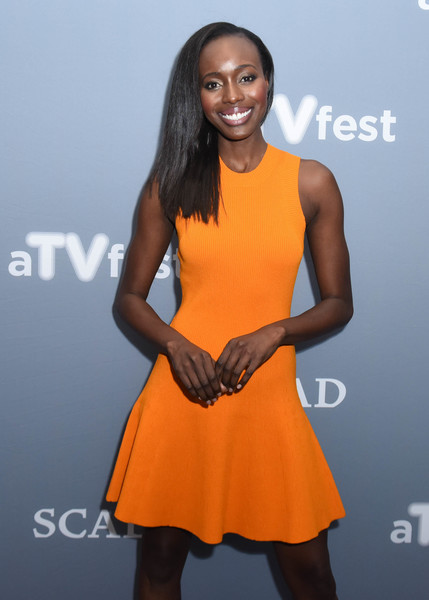 In Titans, Robin has found his calling. He pulls out from the darkness of Gotham to become the leader of a new team of heroes in the live action series; which has been in development at TNT after being pushed aside in 2014. The series production was confirmed on twitter by Johns and will be produced by Johns, Goldsman, Berlanti, and  Sarah Schechter (Arrow, DC’s Legends of Tomorrow, The Flash, Supergirl). The series will be released in 2018, and will be on Warner Bros. new DC Comics-branded digital platform. The official release date has not been announced.

A ‘Joker-Harley Quinn’ Movie In Development