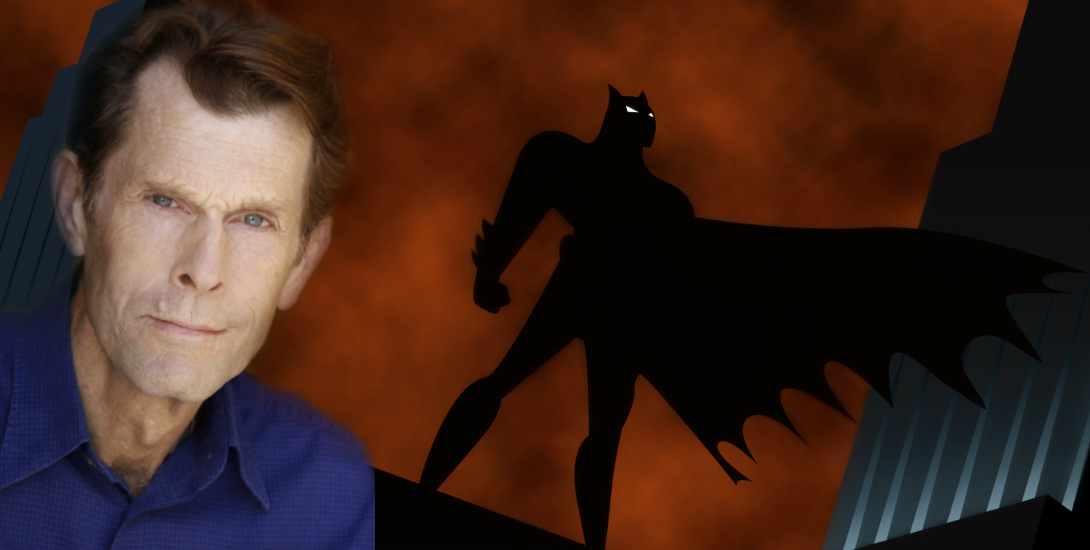 It’s long since been disputed who the “best Batman” is. Many fans argue between who the best live-action Batman is without considering the numerous voice actors who have portrayed the character in animation and gaming. One such voice actor is Kevin Conroy, who has been voicing Batman on and off for the last 25 years, starting with Batman: The Animated Series and continuing on to this day, with his next project, Batman and Harley Quinn, set to be released next month! For many die-hard Bat-fans, he has become their Batman, despite never playing the character in live-action.

Recently at Comic-Con International in San Diego, Kevin Conroy sat down with CBR to talk about the other Batmen – namely, the live-action ones. When asked if he keeps up with them, Conroy joked:

Are there other Batmen that I don’t do? I haven’t heard of one.

He laughed but then continued.

Yeah, I see them. You know, I thought it was weird when Warner Bros. didn’t give the franchise to one actor when the first started doing the films. You just assumed they were going to cast a Batman and he was going to carry the whole franchise. But then when I saw the different ones — Michael Keaton and Val Kilmer, [George Clooney], and Christian Bale — all the different takes, this was really smart, because each actor does it so differently. And I love seeing all the different takes. I think some of them get Bruce Wayne more than they get Batman, and some of them get Batman more than they get Bruce Wayne. I think Ben Affleck has probably gotten the best balance of the two. He’s a really good Bruce Wayne and a really good Batman.

Interestingly, this answer is different from one he gave a little while ago, wherein he stated that Christian Bale was his favorite live-action Batman, however he did call the Batman voice “bizarre.” Moving on from this, Conroy also gave his opinion on all of the different incarnations of The Joker.

It’s like when Mark Hamill did the Joker. I thought, ‘Oh, my God! This guy is crazy, and brilliant. I just fell in love with him because he’s the best. And then, I saw Heath Ledger’s Joker, and my God, it was a whole other kind of crazy. It wasn’t better than Mark’s. But he was just another kind of crazy that was great. And then Troy Baker has been doing one that’s great. So I really mean it when I say I like to see different actors do the same role. It’s just fun. And I don’t think you can really judge on being better than the other. They’re different!

Do you feel like he left out Leto on purpose? Who knows. Do you have a favorite incarnation of Batman? We’re sure you do! So sound off in the comments below and let us know what you think of Conroy’s choice!