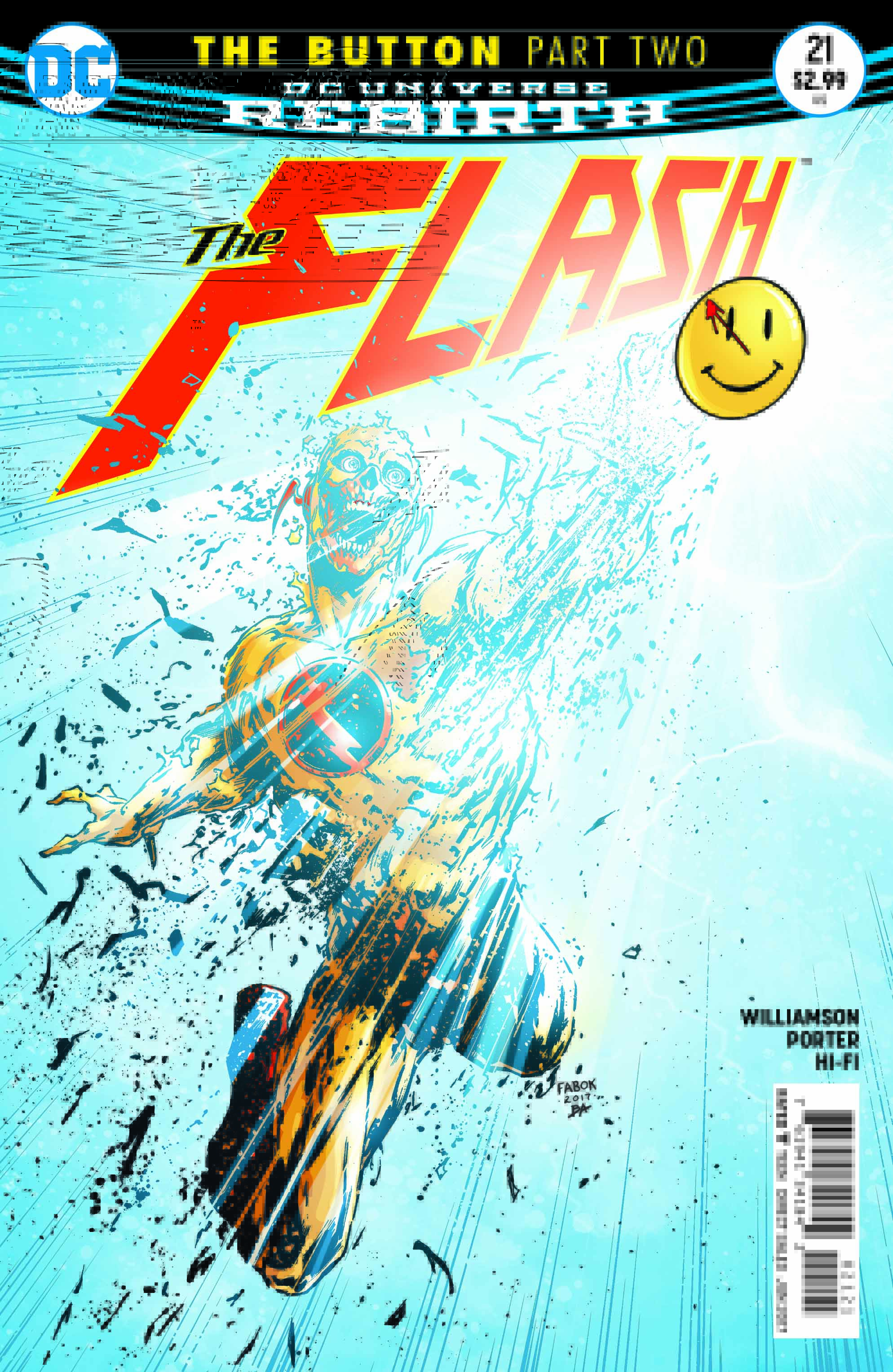 The latest chapter in the Flash/Batman crossover teases readers with even more intrigue around the button from The Watchmen and the potential ramifications of it had on the DC universe.

The Flash follows the immediate aftermath of the Reverse-Flash’s attack on the Batcave. The Flash is is further delving into the mystery of the button. His investigations reveals that the DC universe has been secretly under attack for a long time. Writer Williamson continues to pile on more and more mysteries. It is possible that the eventual answers readers get will be disappointing, but right now, all of the teases feel exciting. While this issue does not have much action in it, the plot threads being slowly unveiled are more interesting than a typical battle scene. Just like Tom King, Williamson pulls from multiple stories for reference. But, it is surprisingly light for a story that alludes to 30 year old comics.

While Williamson spends a considerable amount of time focusing on the universe-altering plot, he never neglects the basic character interactions. His banter between Batman and Flash are delightful, particularly the scene where they exchange crime scene notes. Additionally, Williamson takes time to slow down the plot to allow the Flash’s character moments to breath. When he sees Reverse-Flash’s corpse, it hits him hard. In a story that involves universe-level threats, the character moments makes it feel like a personable murder investigation between two detectives. 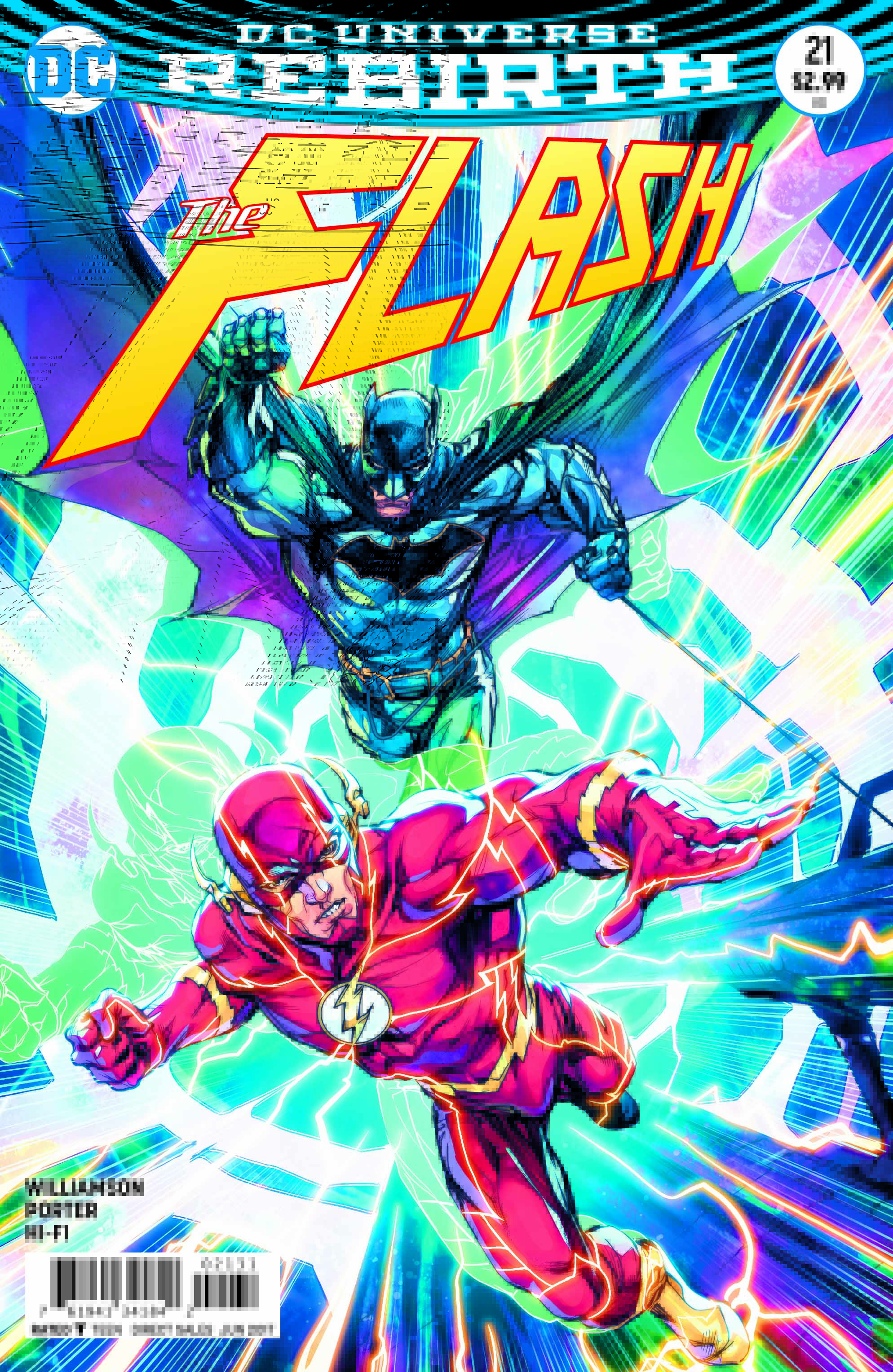 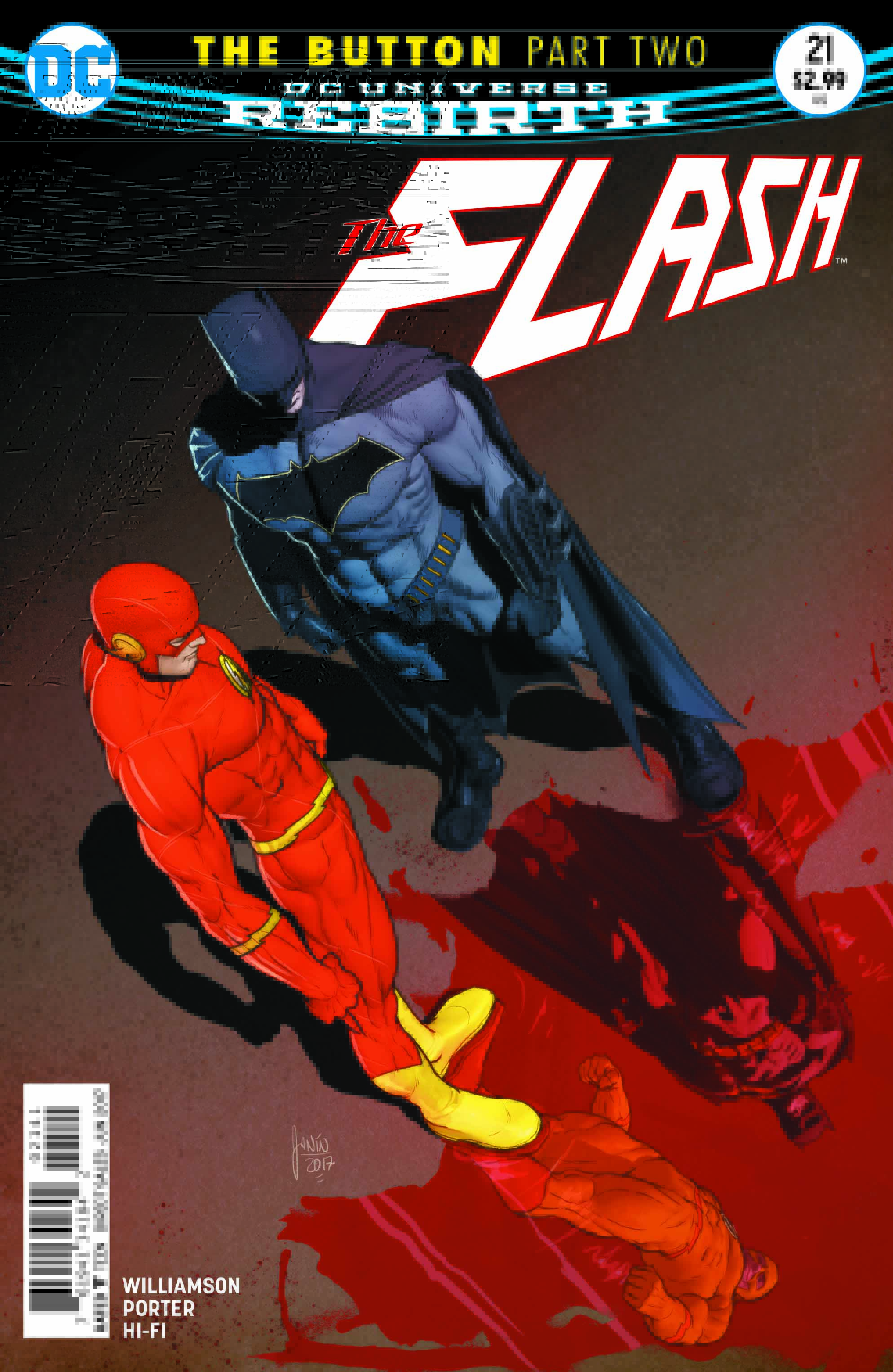 Artist Howard Porter does a pretty great job on the art side. Porter’s style is detailed, but cartoony. It reflects the tone of the writing, which is serious, but also fun. Most importantly for a Flash comic, it is also highly energetic. Even when the Flash is standing and talking, the lightning that crackles off of him implies that he is always in constant motion. It looks fantastic.

Like Batman #21, it is a near perfect comic. The only questionable plot point is why a severely injured Batman is able to go along with the Flash on dangerous missions. The beginning of the comic displays the extent of Batman’s injuries and yet he just blows it off and runs with the Flash like it is nothing. Of course, the real reason is because the writers need to keep Batman involved in the action. However, from an in-story perspective, Batman’s insistence borderlines on poor personal judgement.

The issue of The Flash was just as enjoyable as the previous chapter of “The Button” storyline. While there are some nagging plot threads, the breezy script and solid art are not detracted from telling a genuinely story.