“Rise Of The Demon,” Part Two 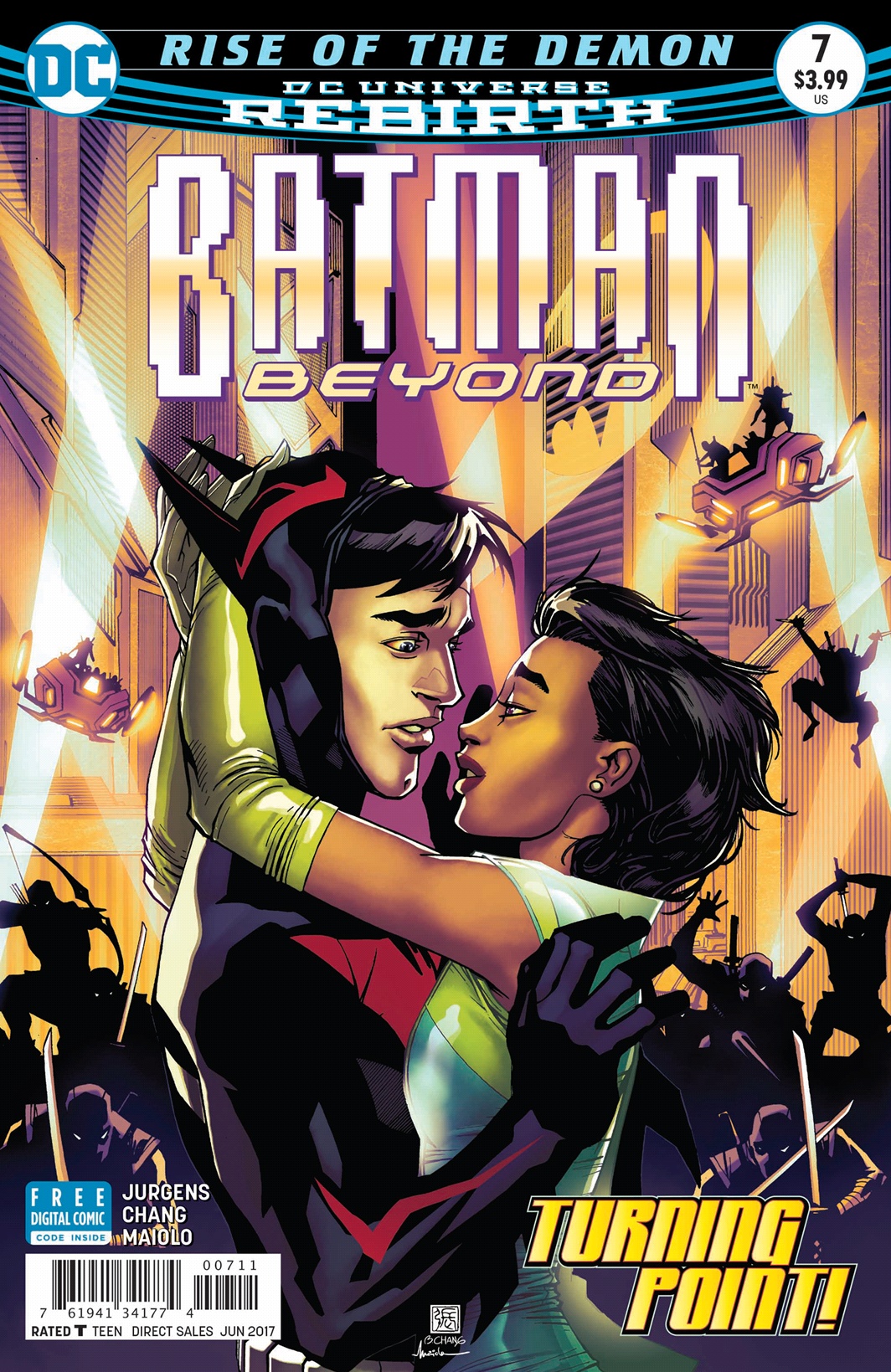 Is the new Batman Beyond saving? Terry McGinnis, could you please leave the girl alone for a minute? Gotham’s burning and the Bat signal’s lighting up the sky.

Youngsters these days… I don’t know.

That’s where we left things at the end of  issue #6. With Curare and Commissioner (Barbara) Gordon fighting off an army of ninjas and Terry trying to make peace with his former girlfriend, Dana. It’s not often that your boyfriend and his boss come back from the dead to reveal that they’re baddie bashing, pointy eared vigilantes, now is it?

Once again comics veteran Dan Jurgens gives us a super hero with an ordinary person’s problems. Not only had Terry been keeping his double life as a crimefighter a secret for years, but up until very recently Dana wasn’t even aware that he and Bruce Wayne were still alive.

The original Batman’s mood and state of mind upon his return home are also well written. The opening sequence with Bruce having a conversation with the portrait of his late parents, is both moving and enlightening. Jurgen’s understanding of the two very different Batmen is expertly handled.

Once again Bernard Chang’s art this issue is excellent. The double page spread showcasing Bruce’s past and career as the original Batman is an extremely well crafted piece of art. 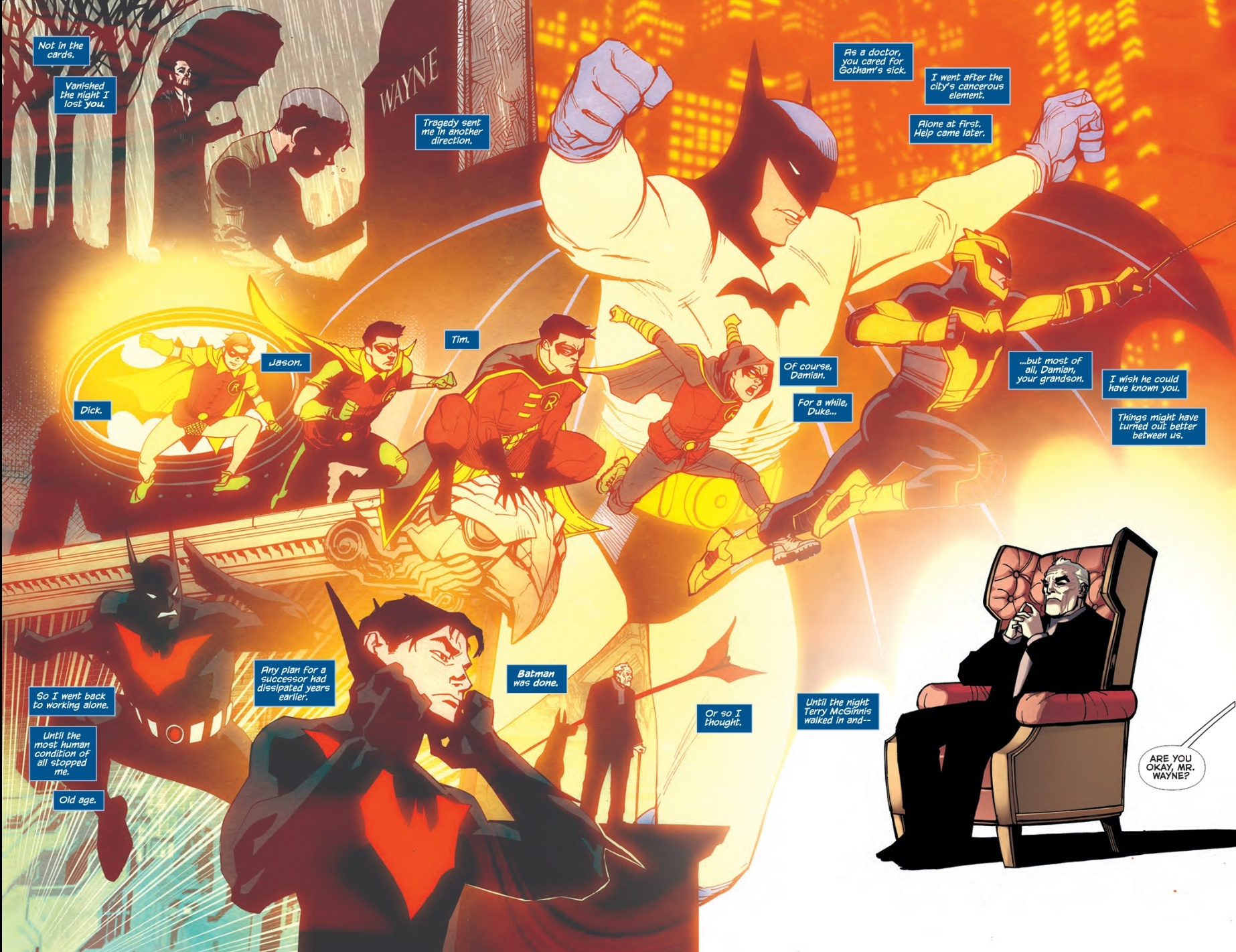 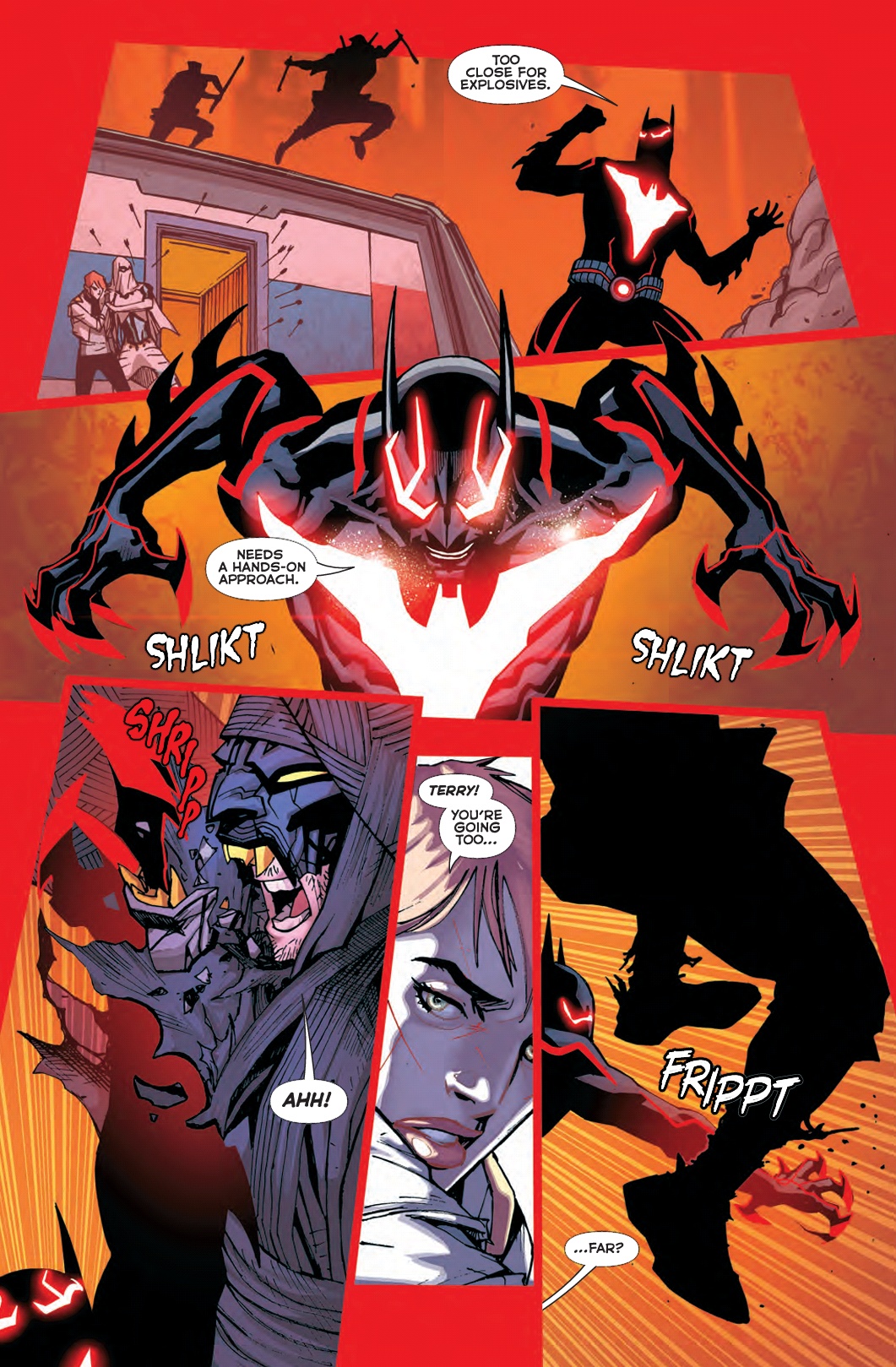 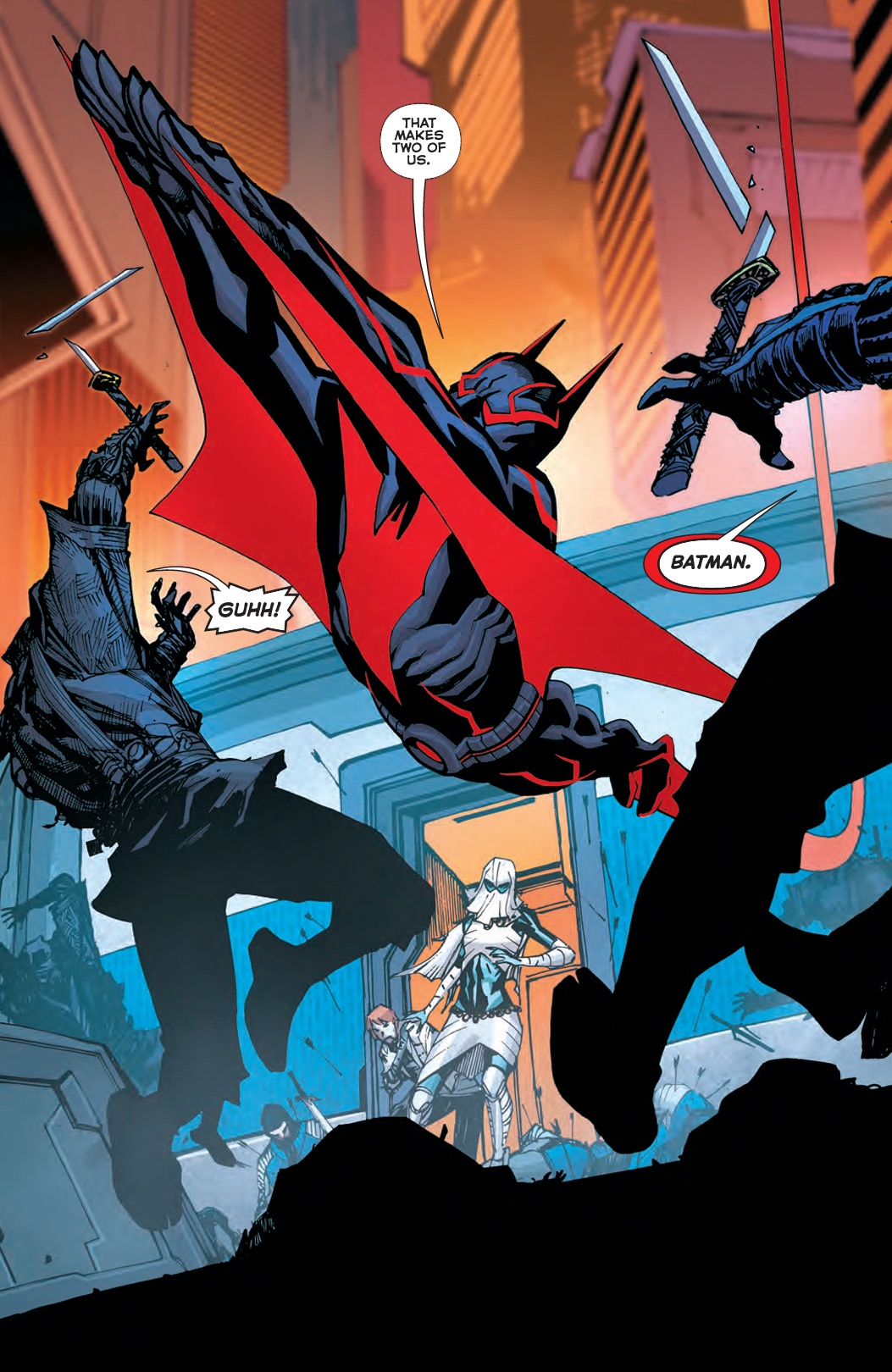 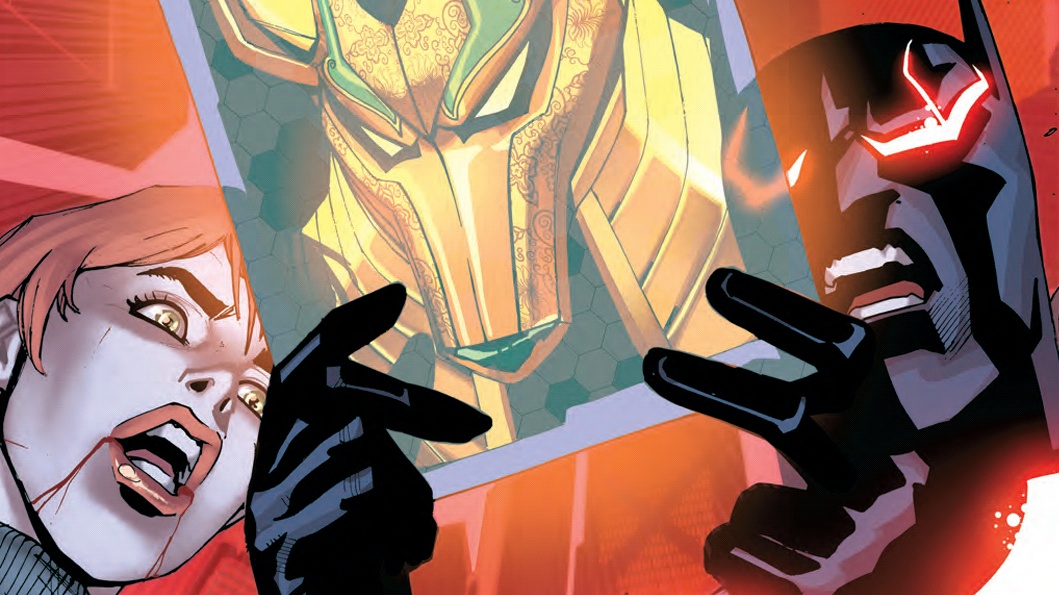 Batman is back, Gotham City is in danger, the GCPD under Commissioner Gordon is under attack and things look grim. The Dark Knight’s aged assistant calls him to arms, while our hero is in the embrace of a beautiful woman. This is all very familiar, yet it’s all brand new. The Batman isn’t Bruce Wayne, but Terry McGinnis. The Commissioner isn’t Jim, but his daughter Barbara. The old man in the cave isn’t Alfred Pennyworth, but Bruce Wayne.  The beautiful woman isn’t a Vicki Vale, or a Silver St. Cloud, but Dana Tan. This is truly great stuff.

It’s a joy when a tried and tested comics veteran like Dan Jurgens works with a fresh and promising new talent like Bernard Chang. The writing and the art combine to bring characters and situations – that could become stale under the guidance of lesser creators – and elevate them. This book is fun, it’s reminiscent of the classics and yet totally in the now, all at the same time. Batman Beyond #7 gets a very healthy rating of: