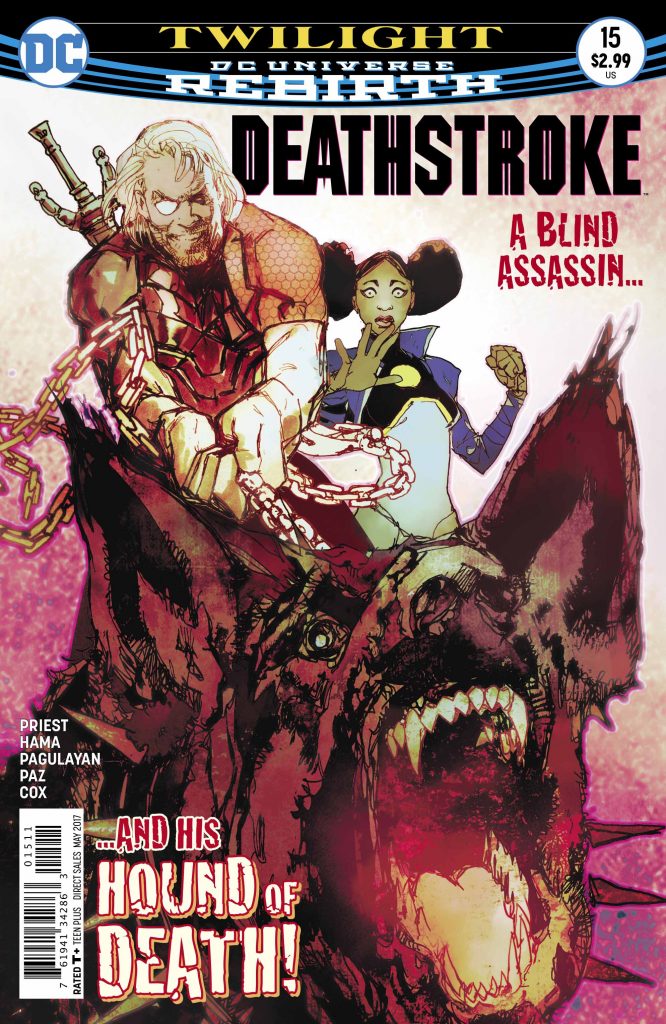 “Twilight” continues – and I never thought that those two words together would bring me joy. Let’s just hope the next arc isn’t called “New Moon” or I might take some issue…but I digress. Deathstroke #15 marks part four of seven of this story, meaning we are just over half way and honestly it feels like we are nearing the end. With the revelation last issue that Slade is essentially blind, this book picks up immediately afterwards where Power Girl recommends Slade – wait for it – a cane and a dog. I’m now gunning for an “Old Man Slade” series in the style of Logan wherein we see an older Slade wandering around with a walking stick and guide dog. That is something I could very well get behind.

We see a lot more of Rose in this issue than in any recently and I love it. It’s also awesome to see that her story is going to intersect with Slade’s and Jericho’s very soon. Well I mean, that’s the vibe I get anyway. This issue progressed a lot of the story for all three characters, hence why I feel like this arc is wrapping up very shortly…which it is. One of my favorite parts of this issue was seeing Slade’s reaction when he finds out that Tanya is a member of the Teen Titans – and then seeing them team-up. It just threw all of the preconceptions out the window and allowed a good story to happen rather than having Slade turn on her, which is kind of where I thought this book would go. That being said, Tanya has no idea that he is Deathstroke and believes him to be a superhero named Raptor. So that reveal will certainly be an interesting one. 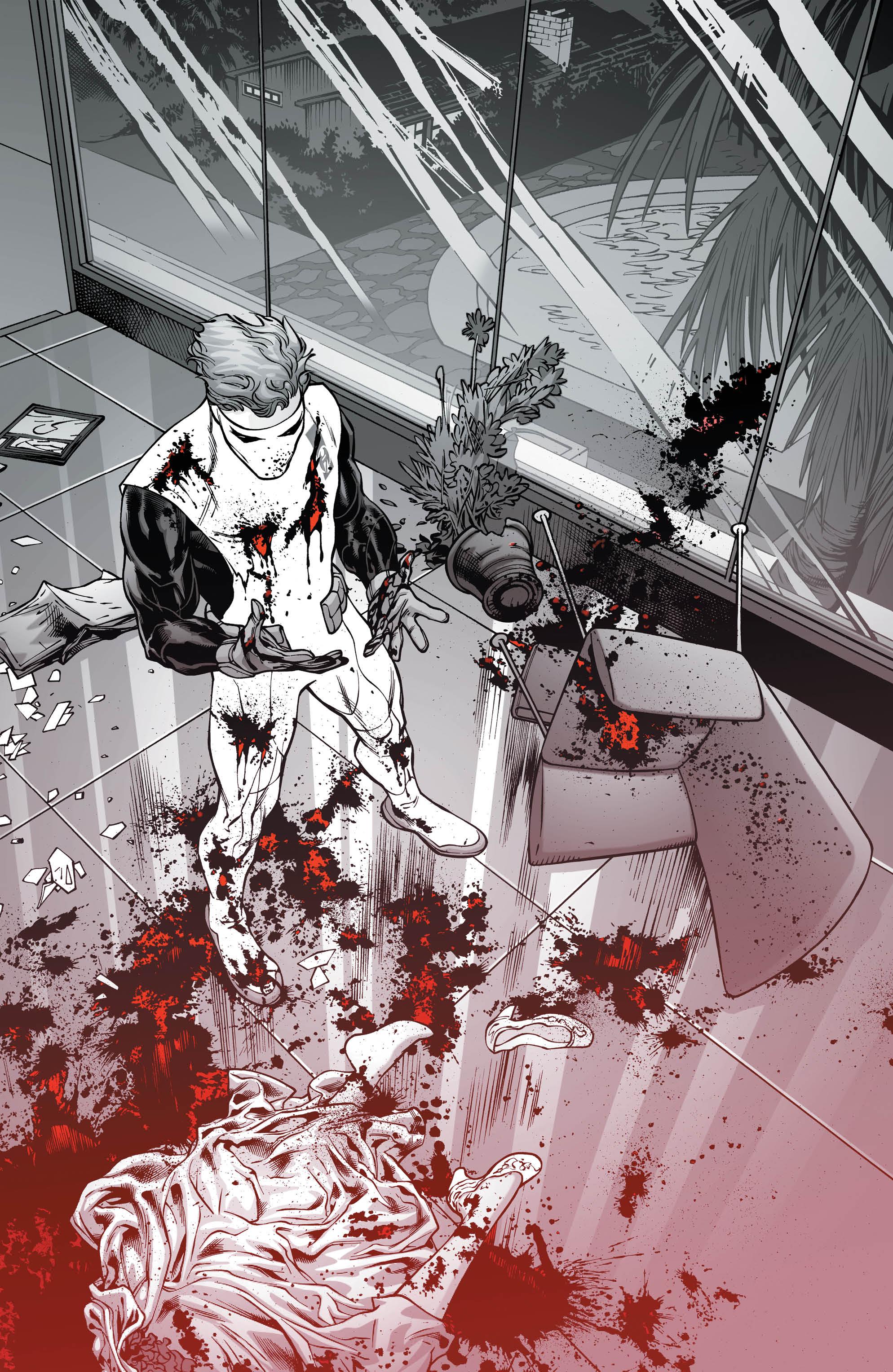 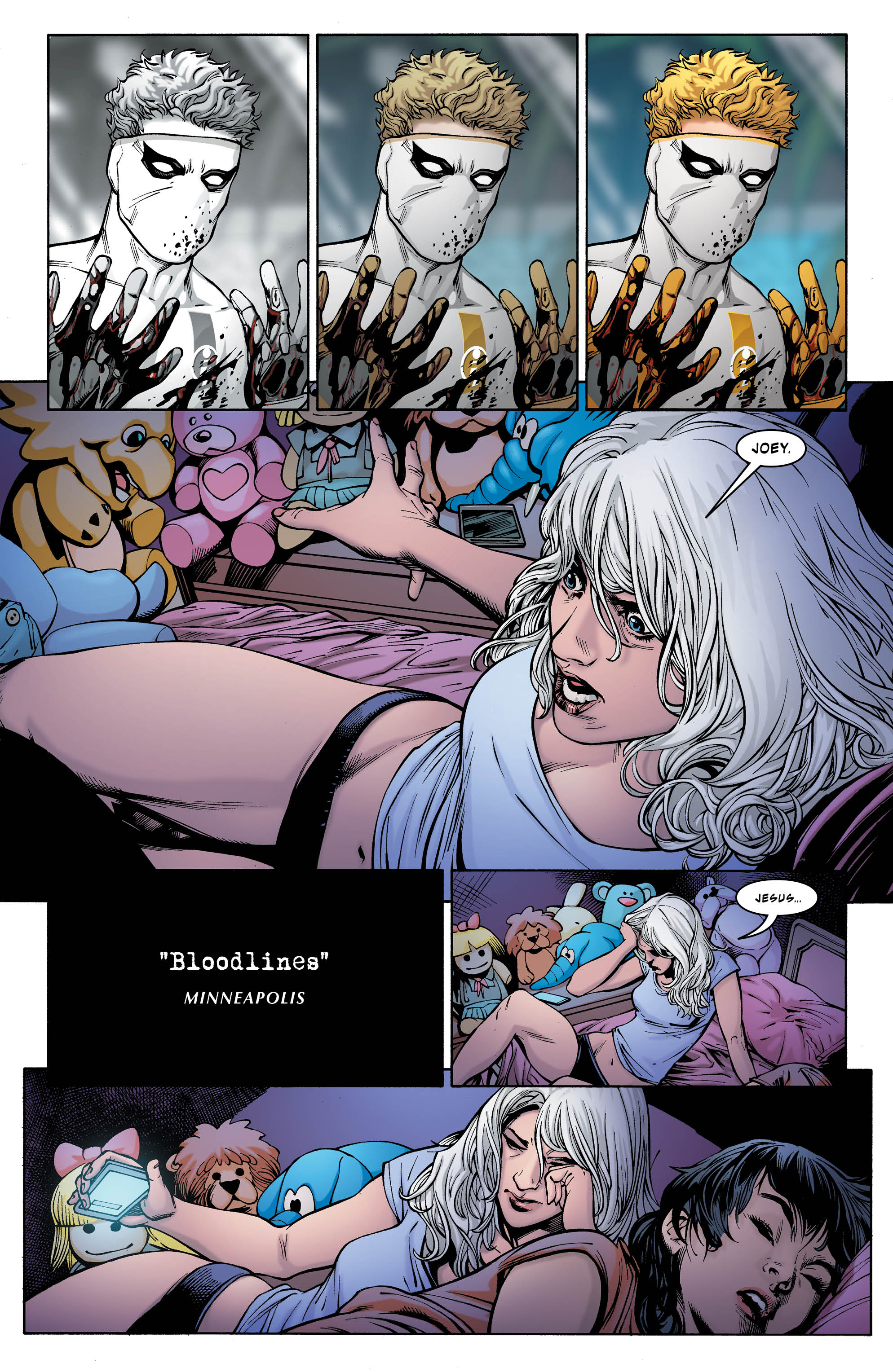 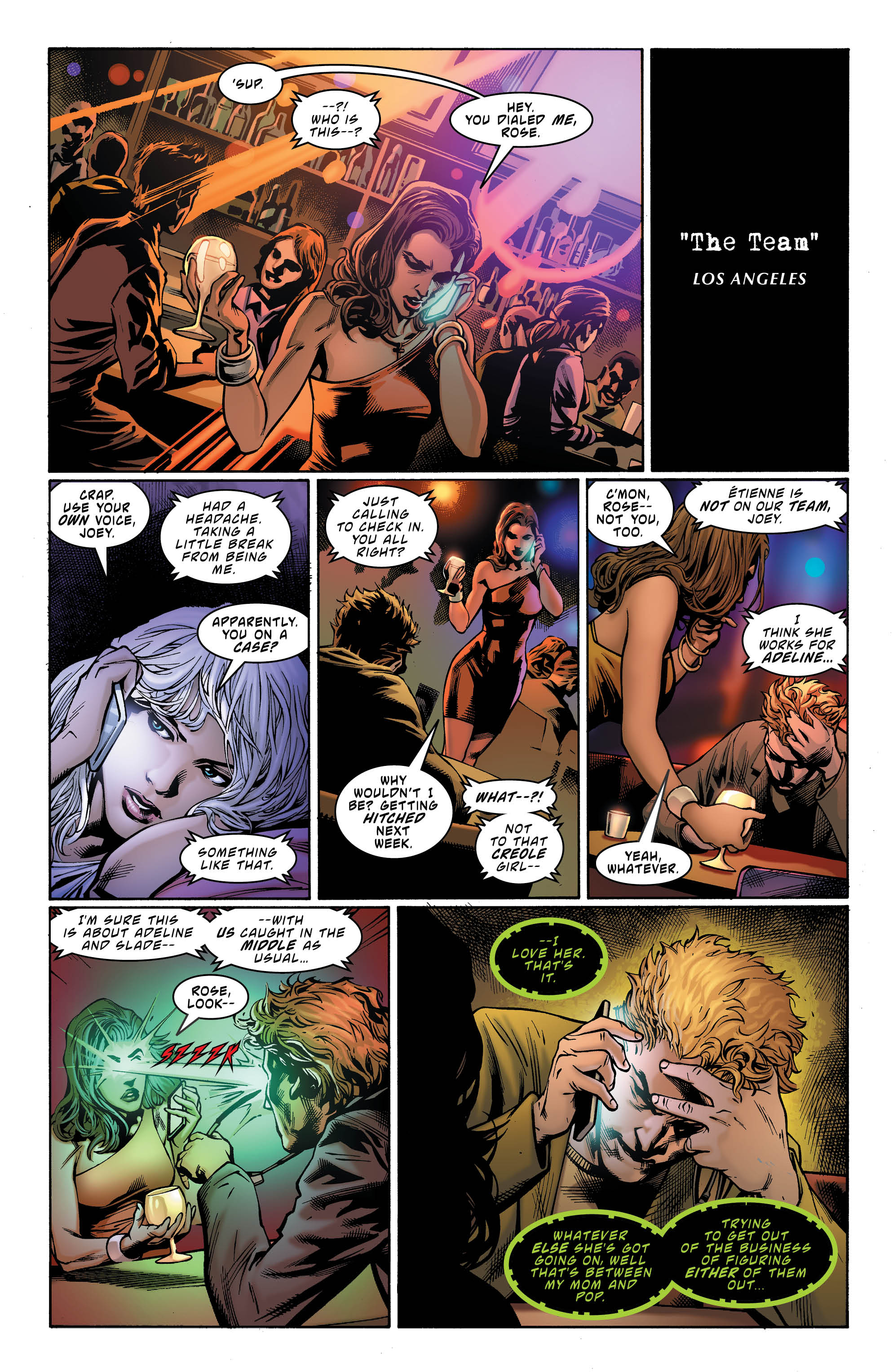 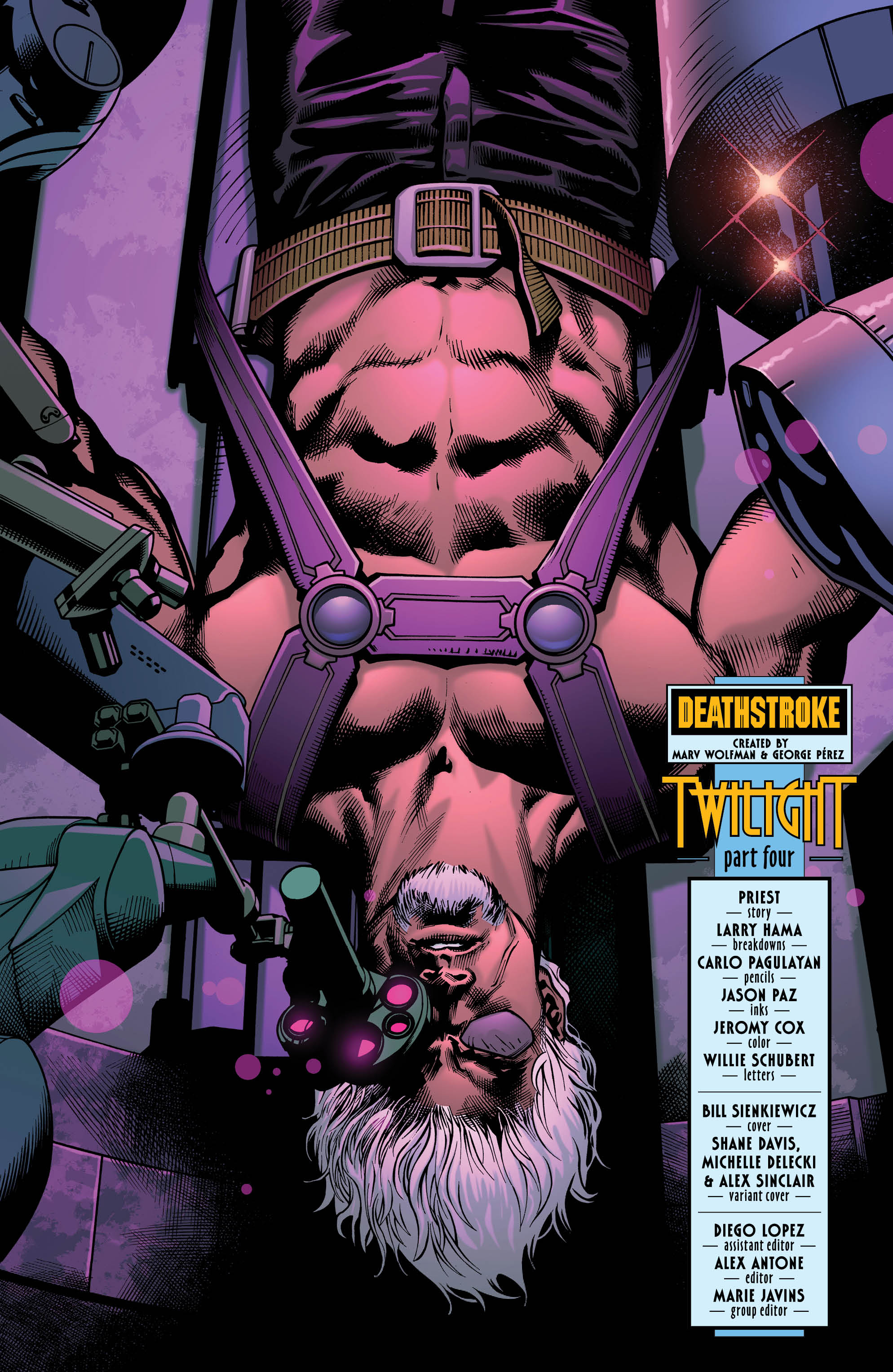 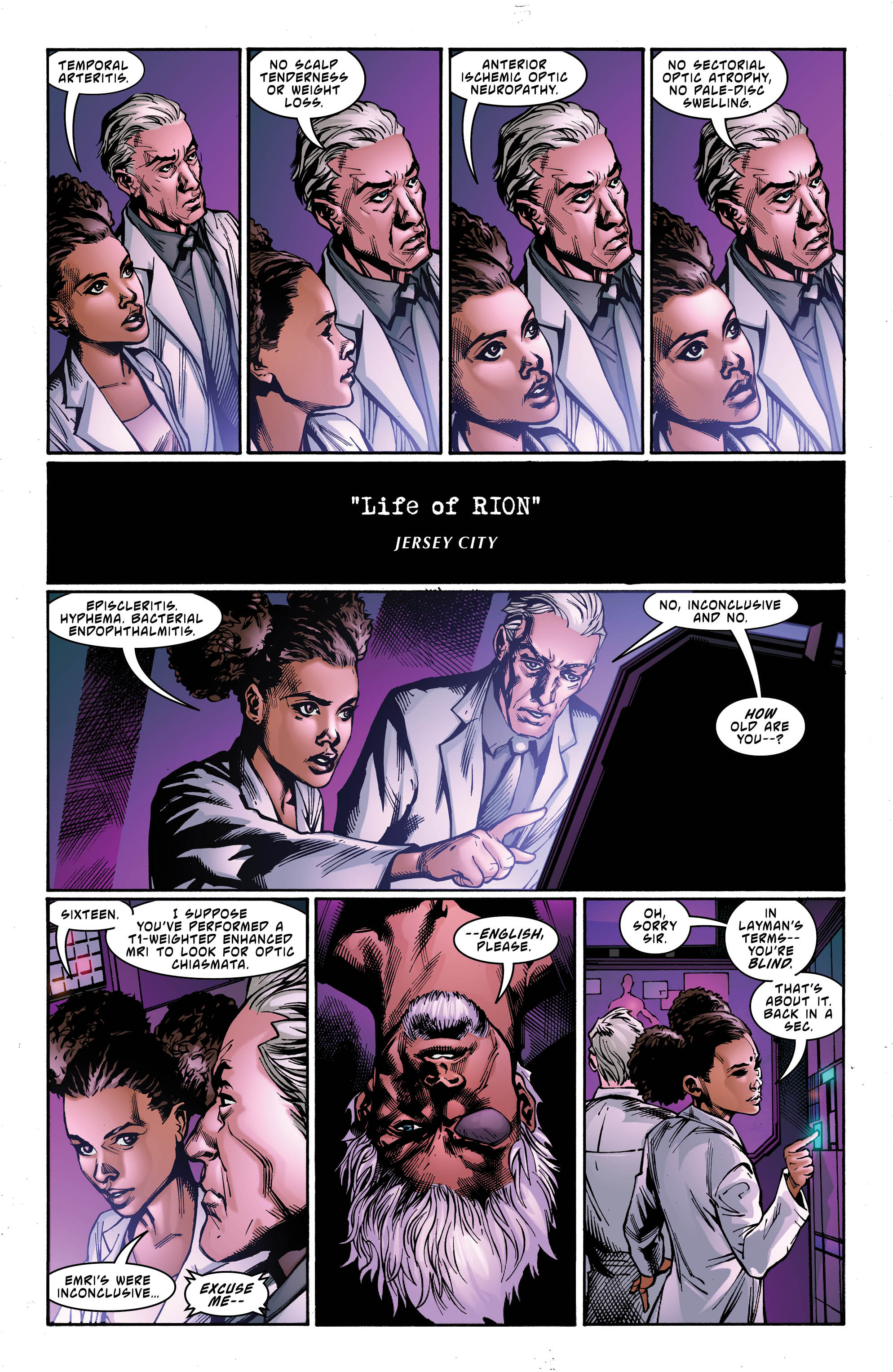 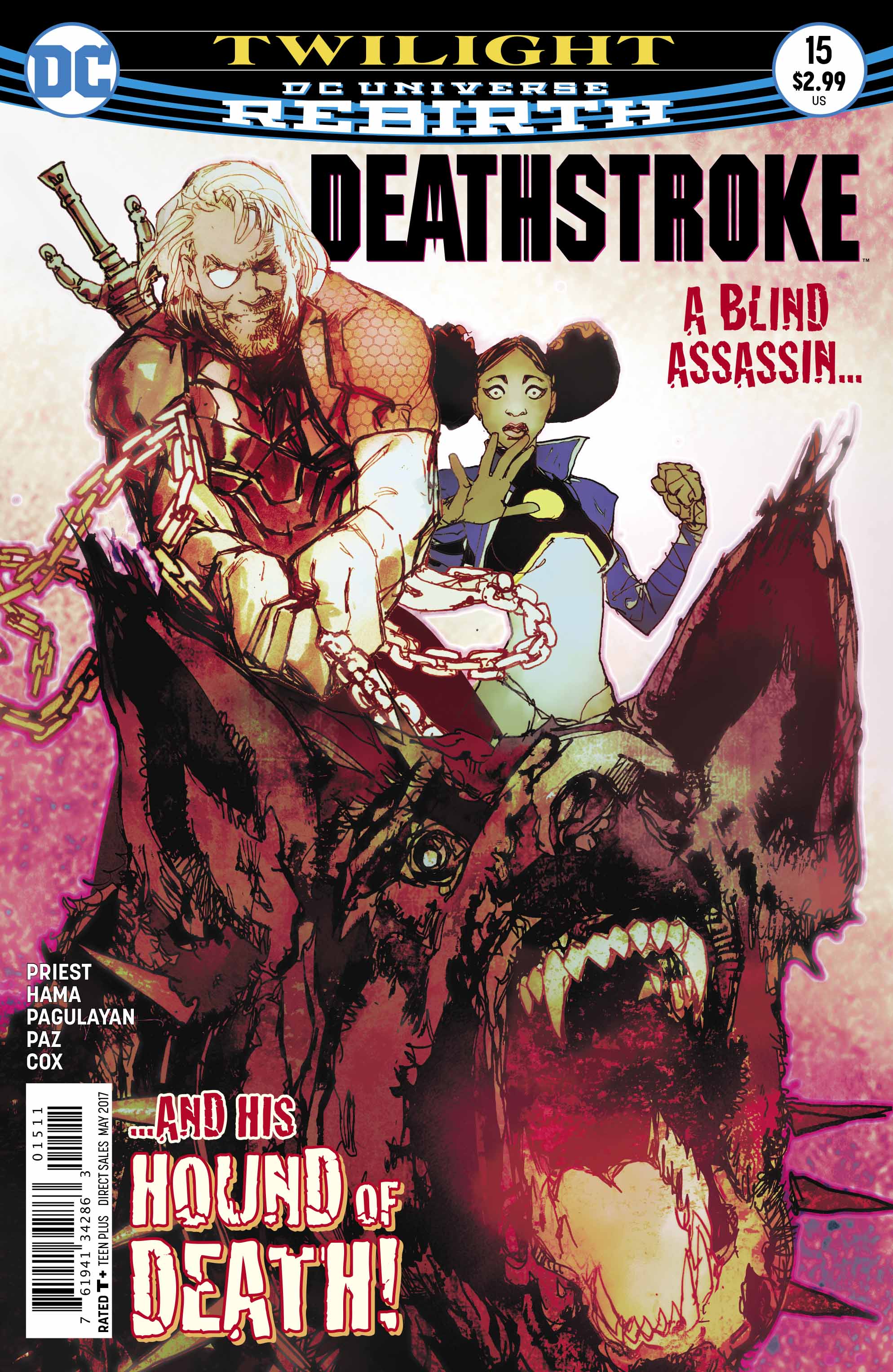 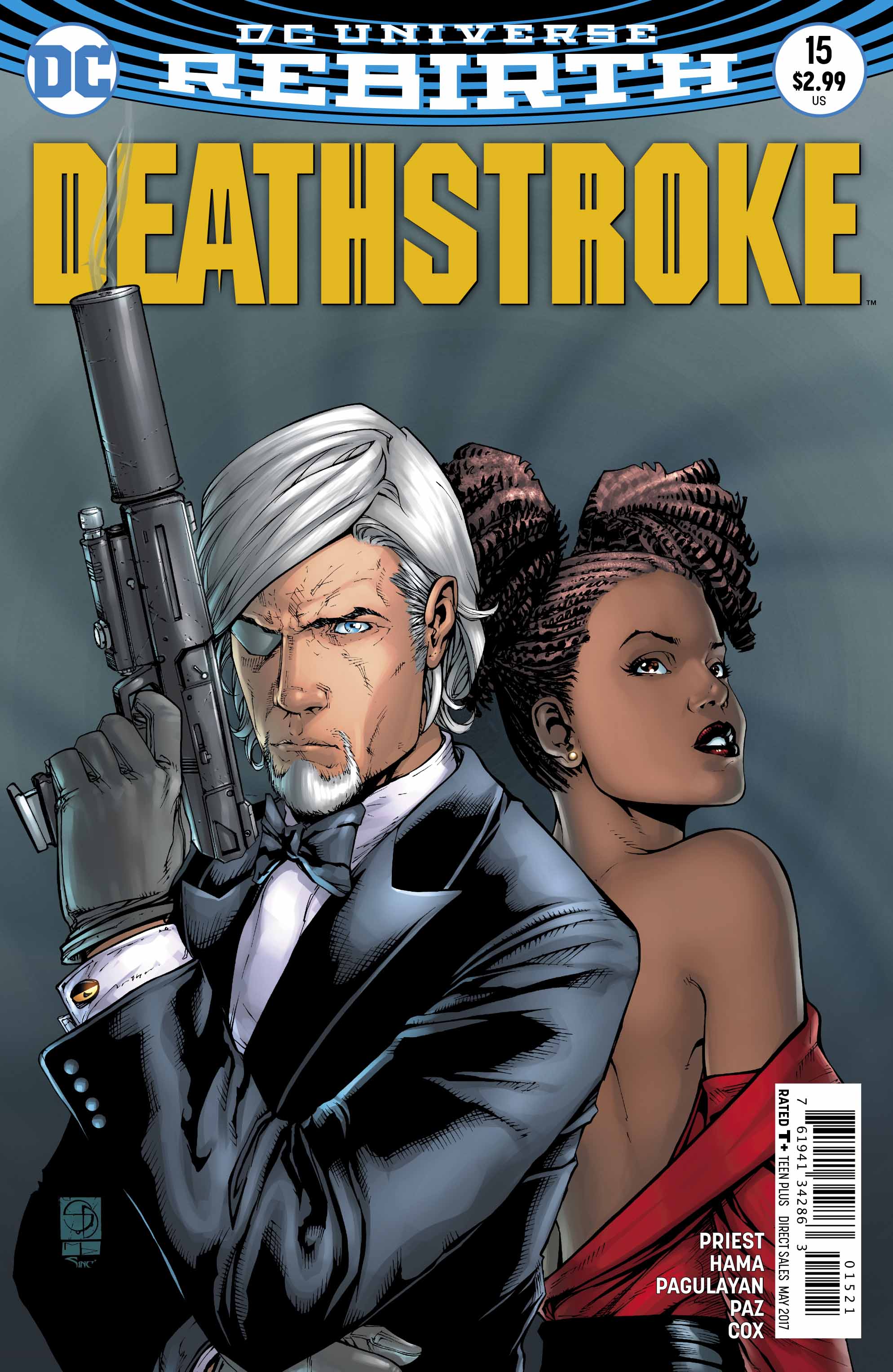 Moving onto the art style – I can’t fault it. I usually like to think of a page or two that stood out to me – but so many do in this issue. If I had to choose three pages; the opening page. Seeing Jericho standing in black and white covered in red blood. Amazing. It uses the single color trope that I believe rose to prominence in Schindler’s List, and it’s so powerful. Secondly, the title page. It’s a full shot of Slade laying on an operating table, and while this isn’t as exciting as the opening page, the detail here is phenomenal. You can see every stroke on the page and as an artist myself, I have incredible respect for a good piece of art, and that is certainly one of them. Thirdly, the full page of Slade and Tanya dancing together. Again with the detail. It’s incredible to look at and provides so much in terms of underlying context and character motivations. Kudos to the art team on this book. You’ve done an outstanding job.

There isn’t much to fault in terms of writing – I certainly can’t fault the art. There were a couple of pages that were just Tanya talking in medical lingo and honestly, it was a bit hard to follow. I picked up the odd word here and there from my time watching Bones or House, but that’s about it. Other than that, this book told a wonderful and cohesive story that really got me excited for what is coming. This almost feels like the calm before the storm; this arc is going to end with a death, I just know it. My bet is on either Jericho or Etienne, but we’ll see whether I’m right or not in the coming weeks. You heard it here first – the prediction of the century!

Part four of “Twilight” was an exciting issue that reminded me of everything I love about this series. Priest and his incredibly talented team have stepped up the bar and laid out the groundwork for an exciting finale to exciting arc.