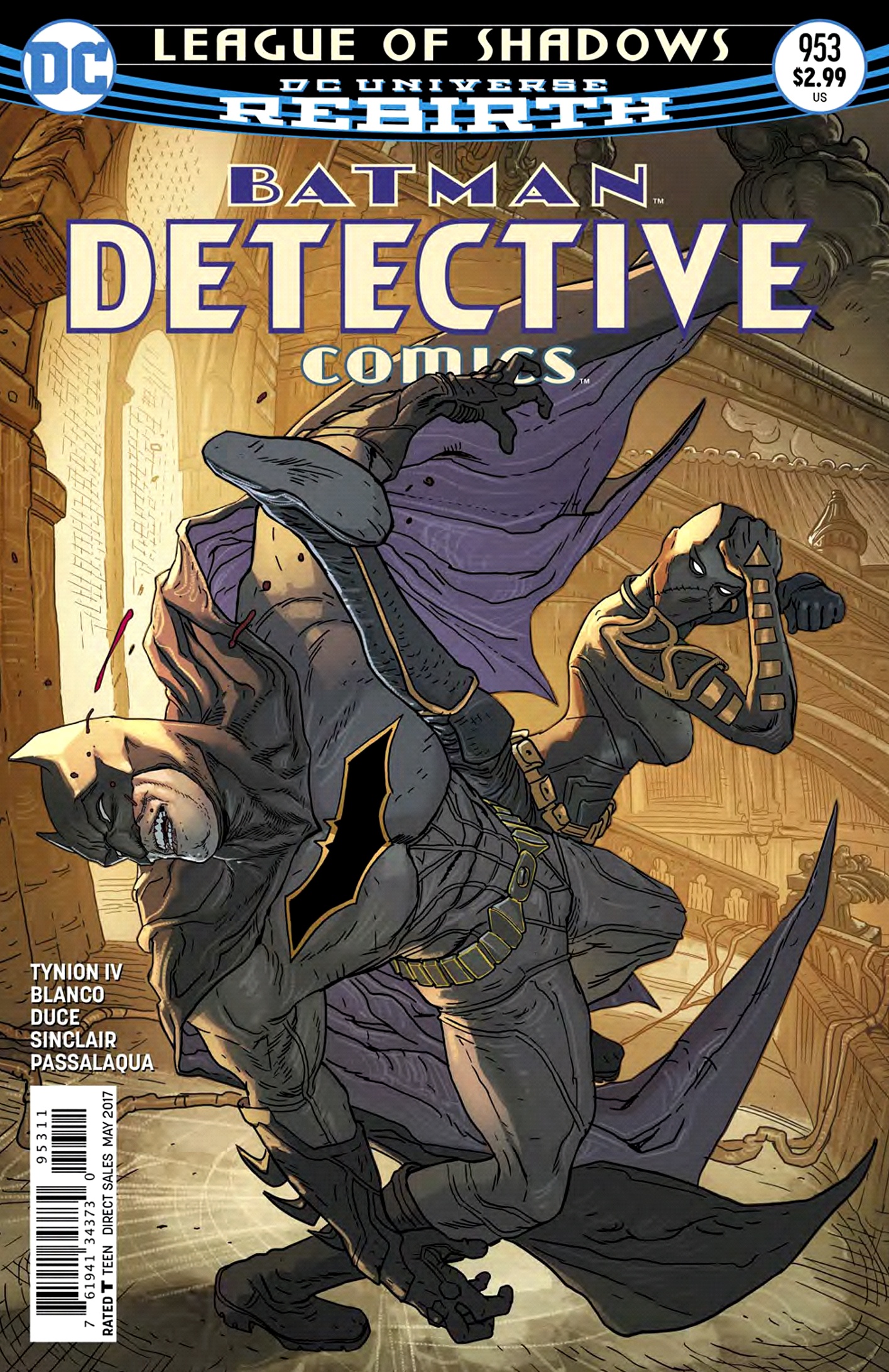 This book, like much of Gotham City, is on fire!

The League Of Shadows has begun their assault on Batman’s home town in earnest. With Team ‘Tec already down by two – Red Robin is missing, presumed dead and Spoiler is A.W.O.L. – only Batman, Batwoman, Clayface and Orphan remain to protect the city.

James Tynion IV and Christian Duce really deliver the action and surprises this issue. The action doesn’t let up at all. Clayface Vs. Ninjas, Orphan Vs. Shiva, Batwoman under seige in the Batcave, and I won’t be posting any spoilers that the cover of issue #953 hasn’t already hit you with. This arc is on full throttle, with no signs of slowing down.

The fights between Cassandra and Shiva and Cassandra and Bruce are expertly delineated by Messrs. Duce and Blanco. The artists deliver crystal clear draughtsmanship and storytelling, really gorgeous stuff.

Orphan lashes out against Batman, obviously not handling her mommy issues well at all. Batman takes a beating, but not a decisive one, as Cassandra’s real fight is with Shiva. These are six pages of martial arts madness. You can feel that Cassandra is pulling her punches somewhat, which is fine against Batman, but not so smart when fighting The Lady Shiva. 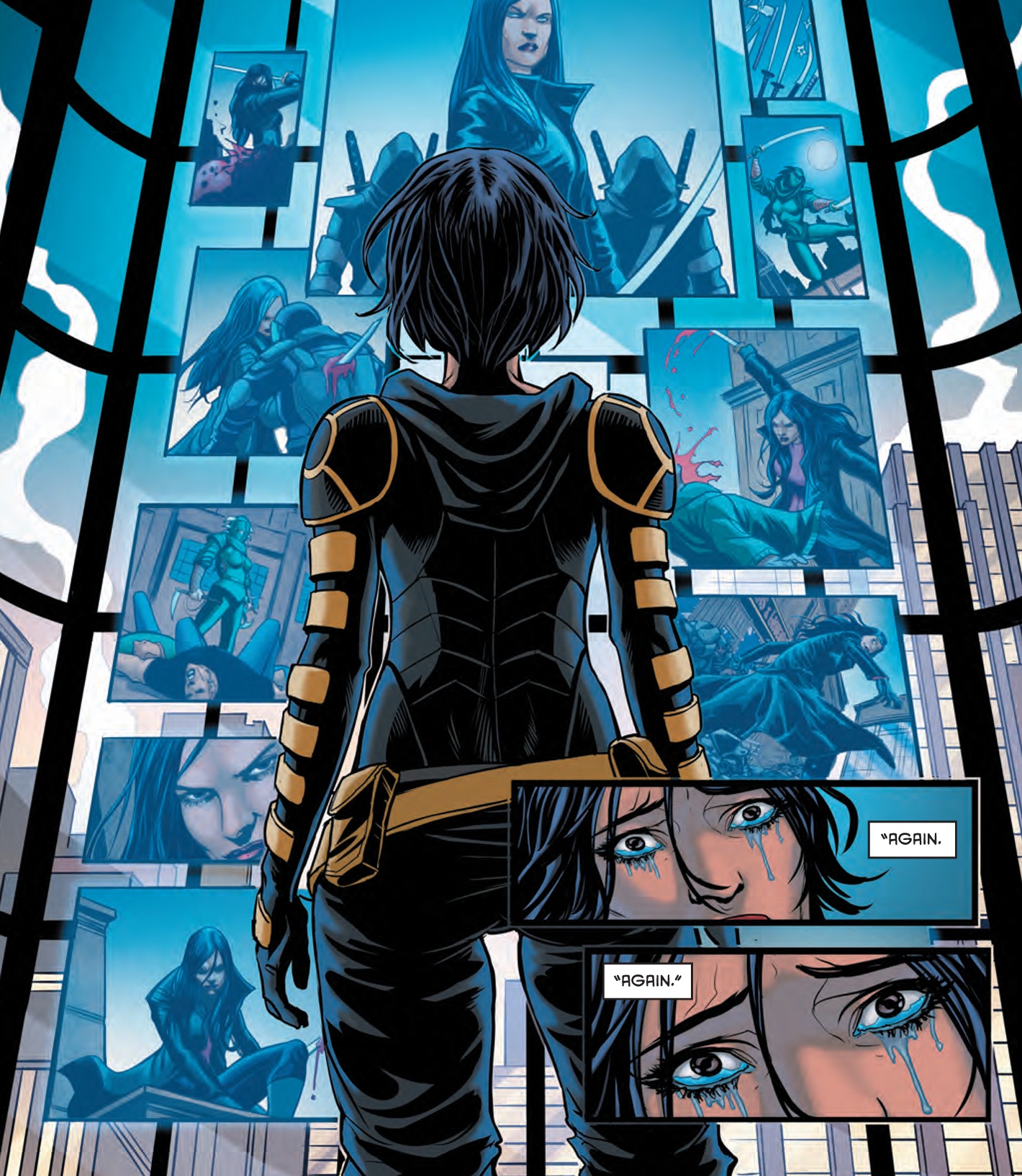 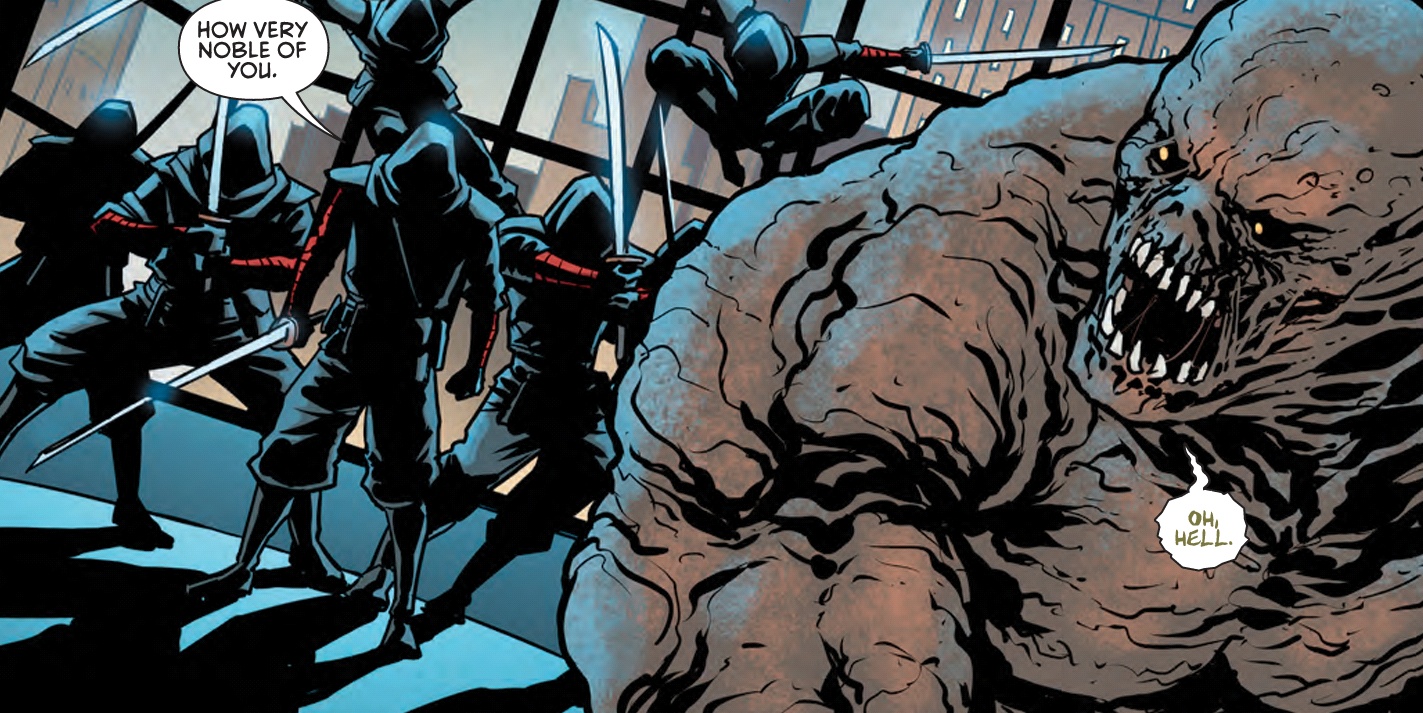 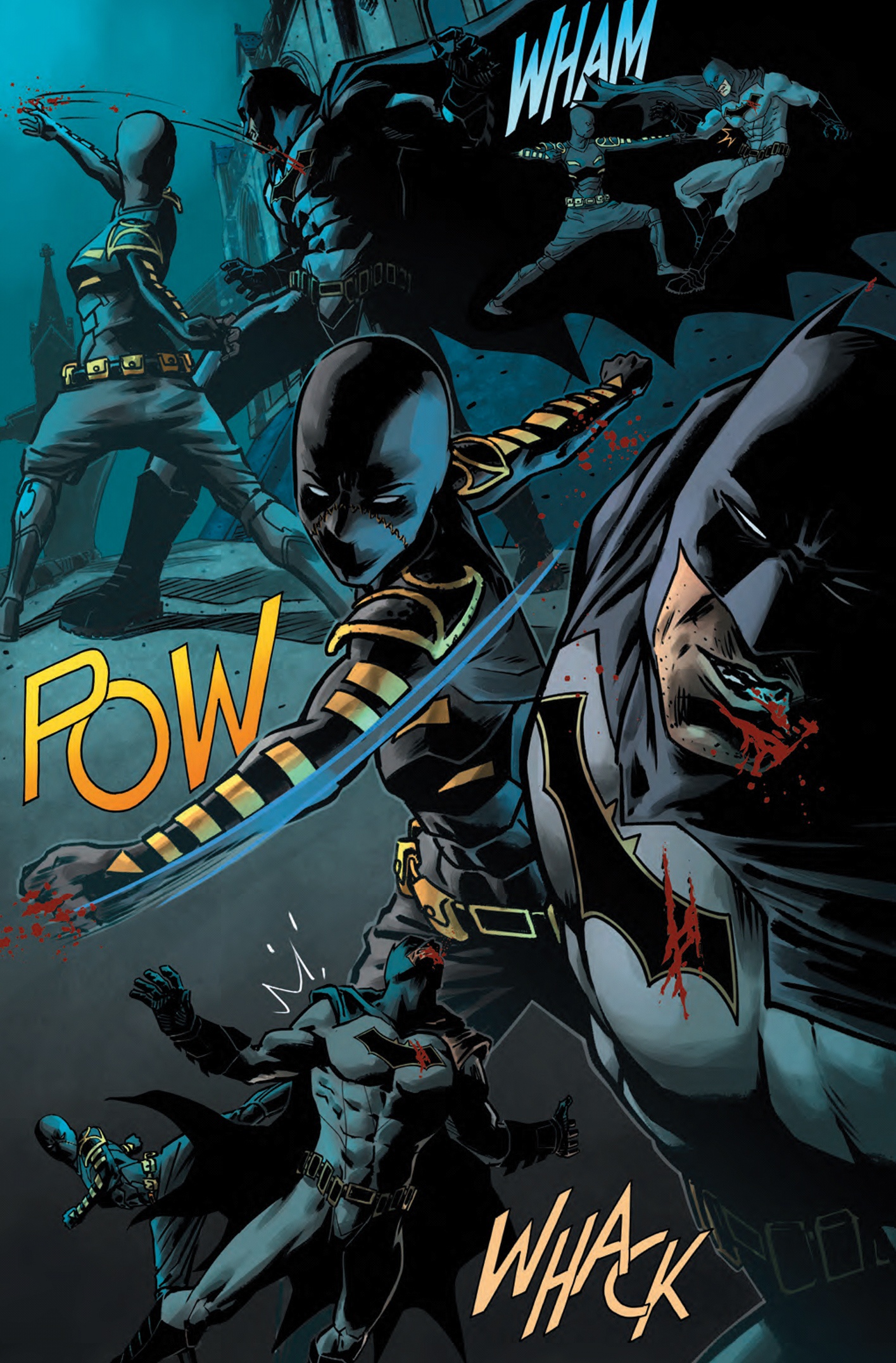 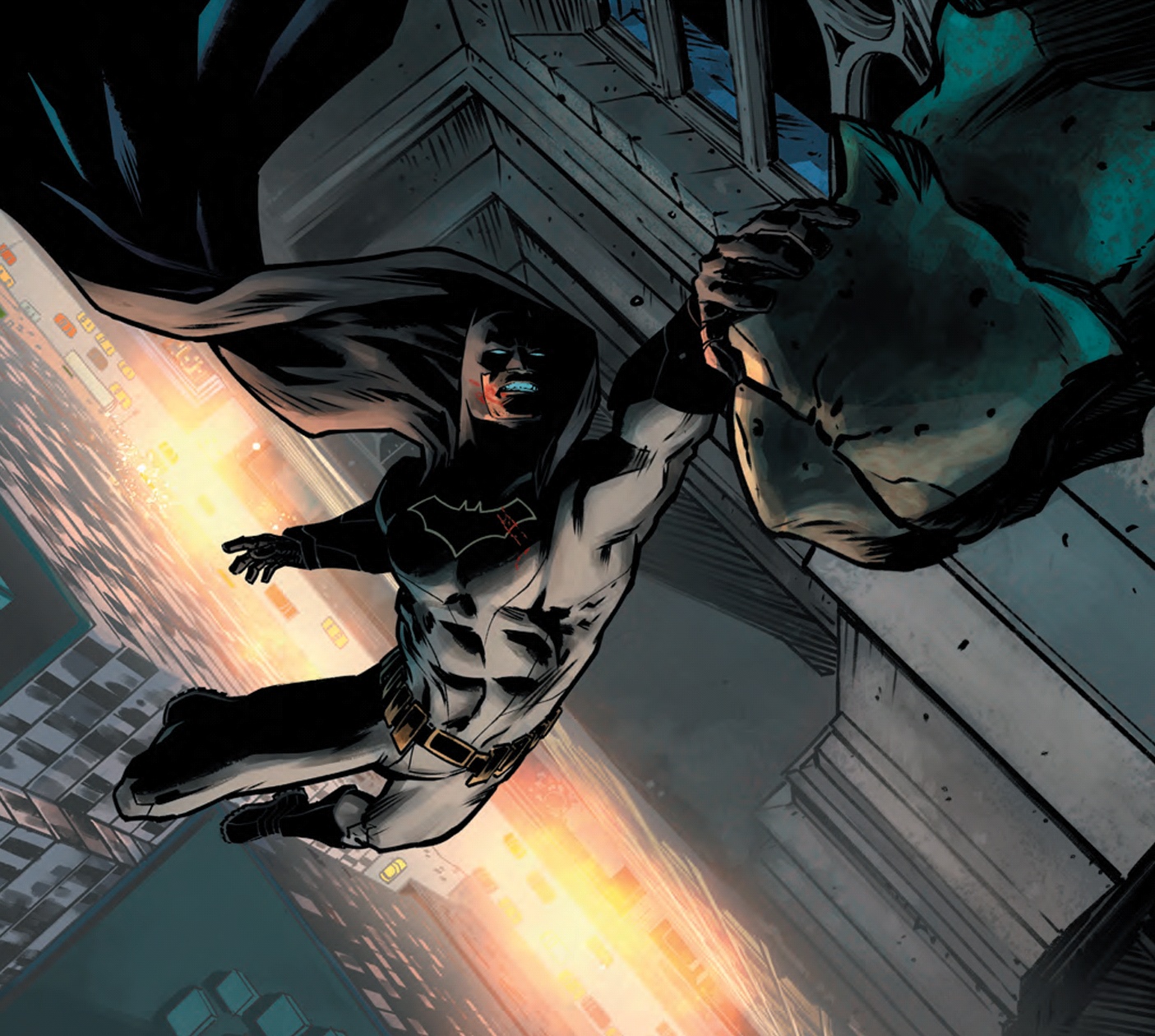 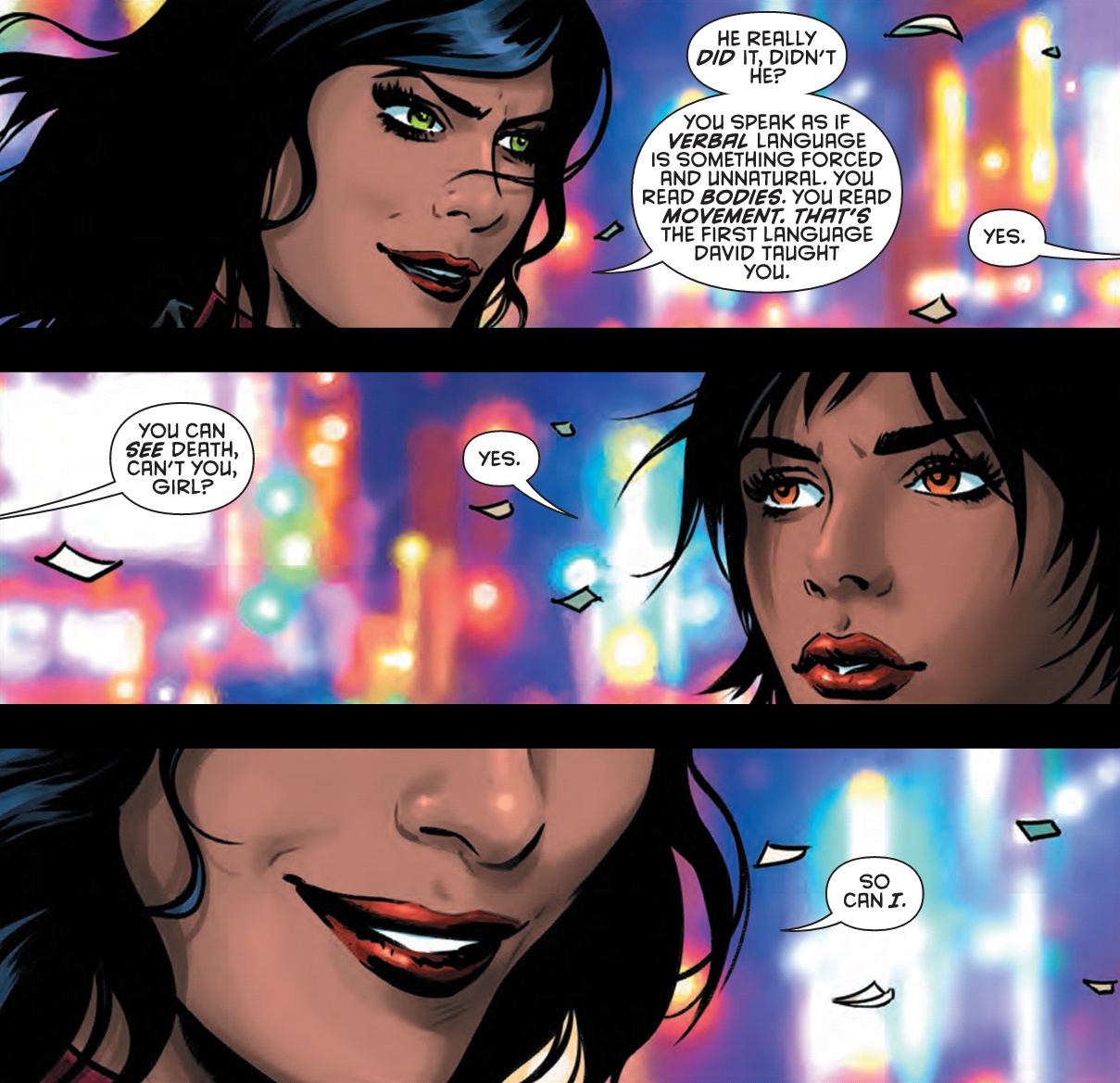 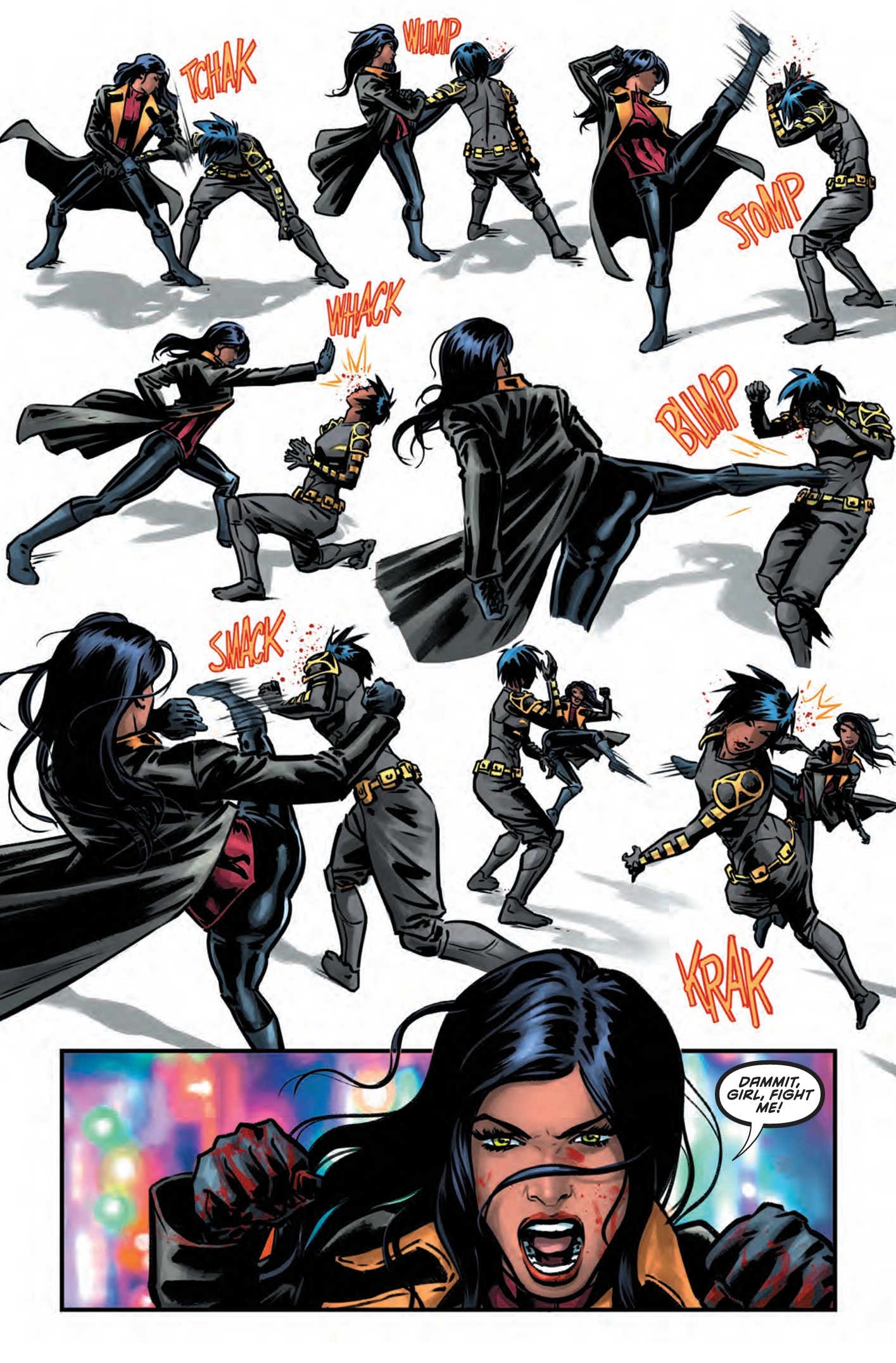 The Sounds Of Violence

The beauty of this book isn’t just the kung-fu and explosions, though I love those too. The story can, and often does, turn on a dime, with dialogue that hits you in the guts with more force than a roundhouse kick. Before laying the smack down on Orphan, Shiva and Cassandra have an exchange which gave this reader goosebumps.

He really did it, didn’t he? You speak as if verbal language is something forced and unnatural. You read bodies, you read movement. That’s the first language David (Cain) taught you.

You can see death, can’t you, girl?

Another thing that Detective Comics has been delivering since the beginning of DC’s Rebirth, is cliffhangers. Gotham is being invaded, so why should the Batcave be any different? The story ends with even more unwelcome guests dropping in, isn’t it always the way? I should’ve been expecting this particular visit, but it was still a lovely surprise.

I don’t want to wait two more weeks for part 4! What are you guys doing to me?!?

Another rock solid romp. Action with depth, violence tempered with grace and spot on dialogue with character. I don’t know if I’ll have any nails left by the time issue #954 crash-lands into my inbox. This chapter gets a rip-roaring: