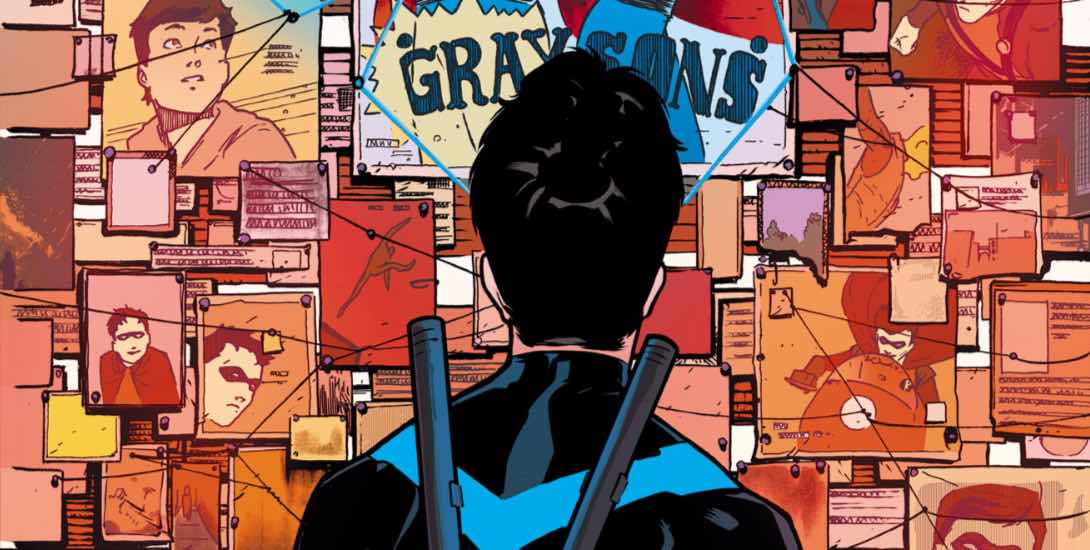 Now that “Night of the Monster Men” is over, Tim Seeley gets back to the ongoing mystery of who is the Raptor.

The biggest problem is that even after numerous issues, Raptor is still a boring character. You can tell that Seeley is trying desperately hard to build Raptor up into Nightwing’s main arch nemesis. He always beats Nightwing, he outsmarts everybody, and now he has a deep, dark secret that ties him to Dick Grayson. It comes off as him being an invincible Mary Sue with no flaws. The main reason is that Raptor overpowers these established characters too easily. Like the way defeats Nightwing (again!) in this issue makes readers wonder, “Why is Nightwing having trouble with this guy?” Raptor  is being built up at the expense of making Nightwing look like a chump. It feels cheap. So when the shocking secret of the Raptor is revealed, it is contrived.

The plus side of the issue is that some of Grayson’s supporting cast members show up. Their appearance makes the book’s dialogue snappy and funny, helping liven up an otherwise dull comic. Another plus is that the highly underwhelming Parliament of Owls are finally unceremoniously written out of the book. 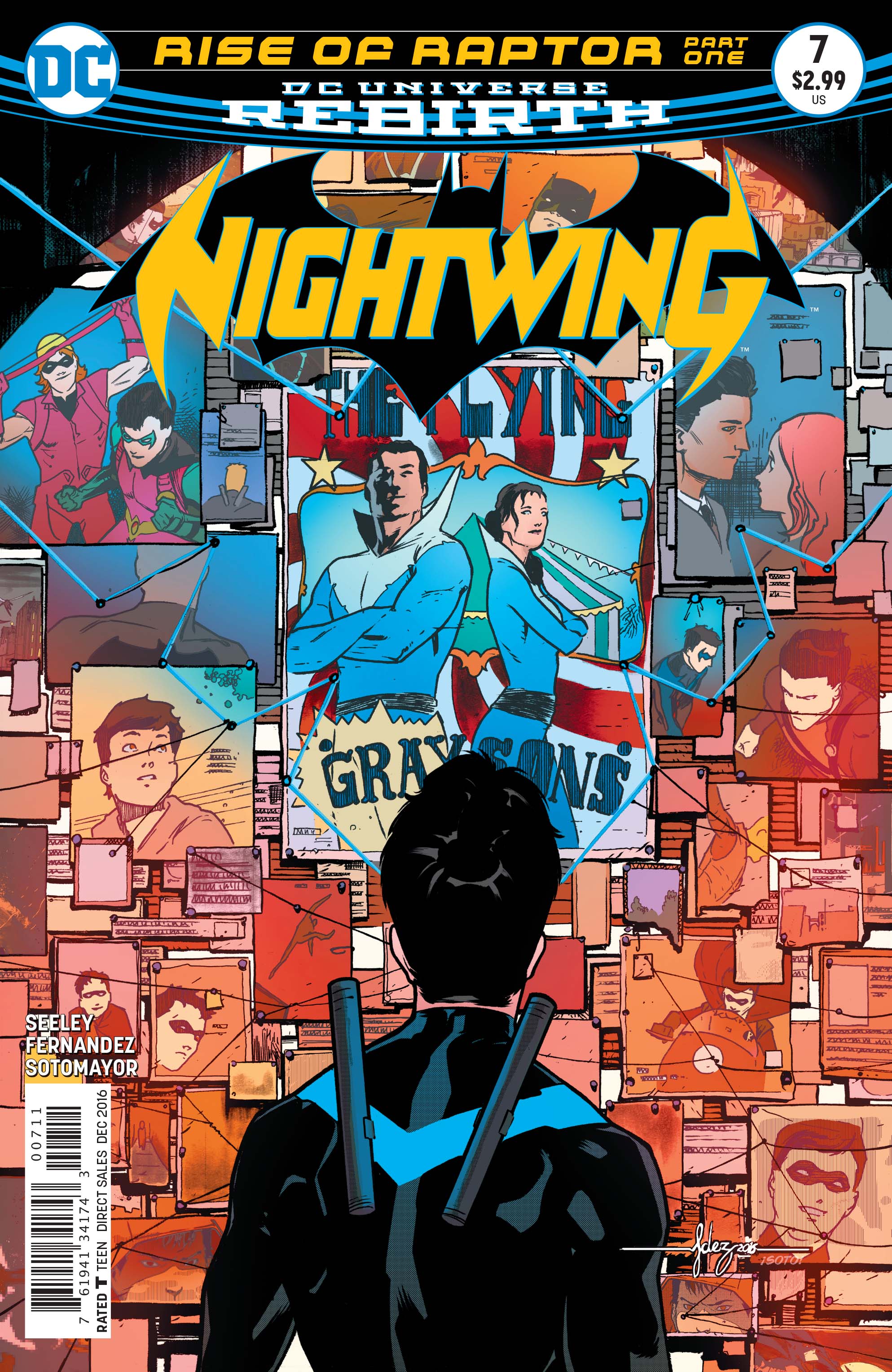 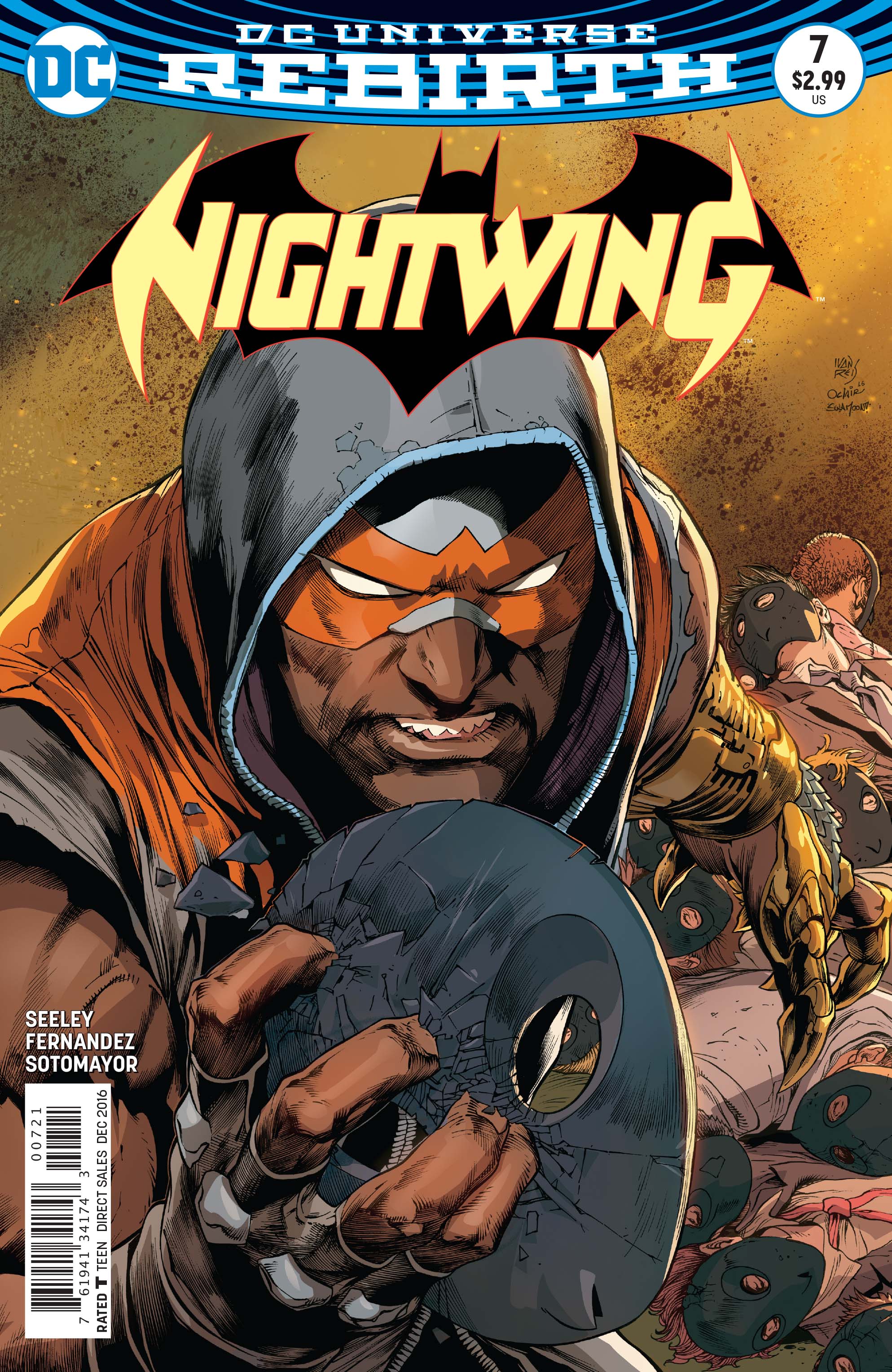 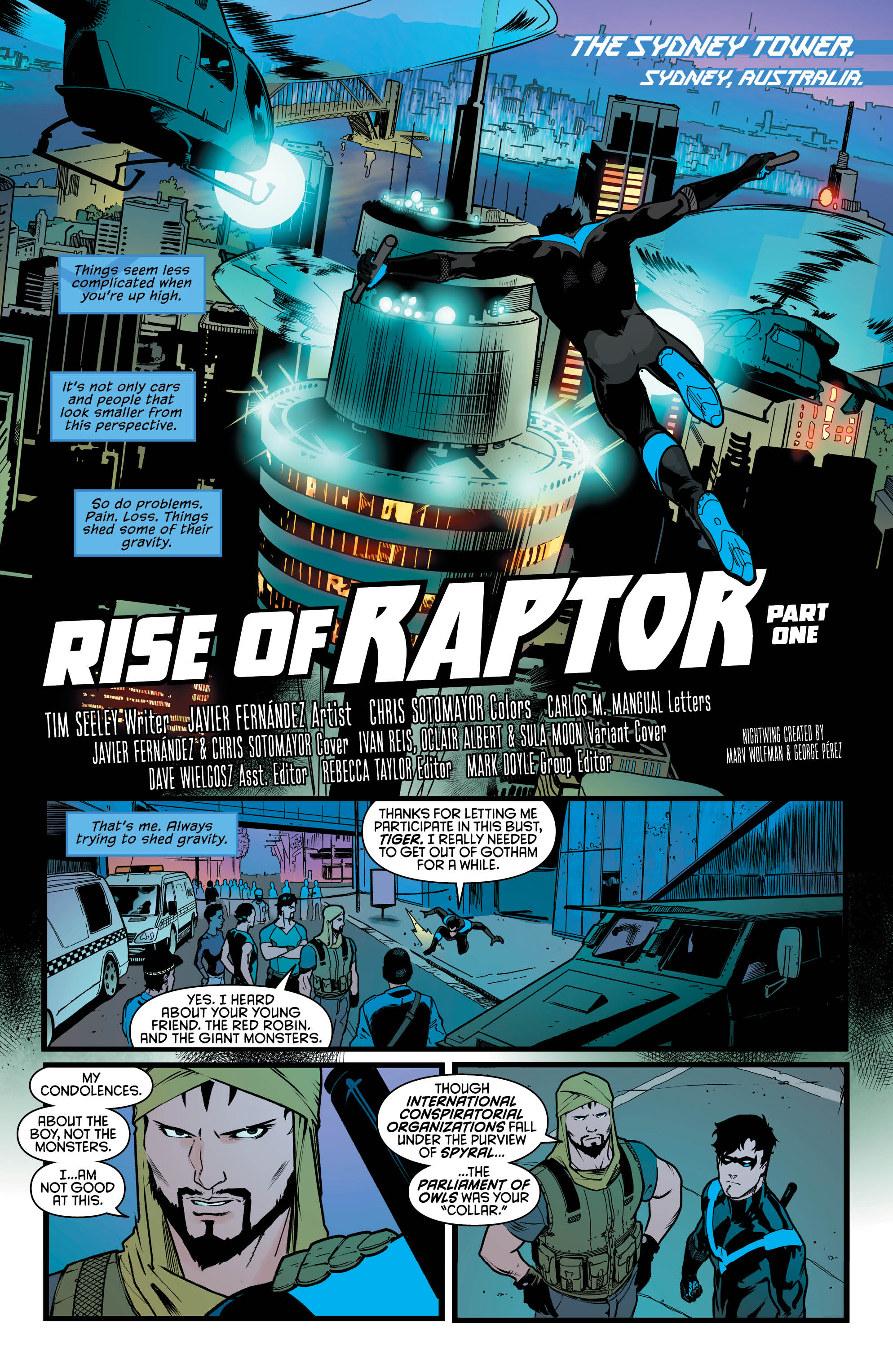 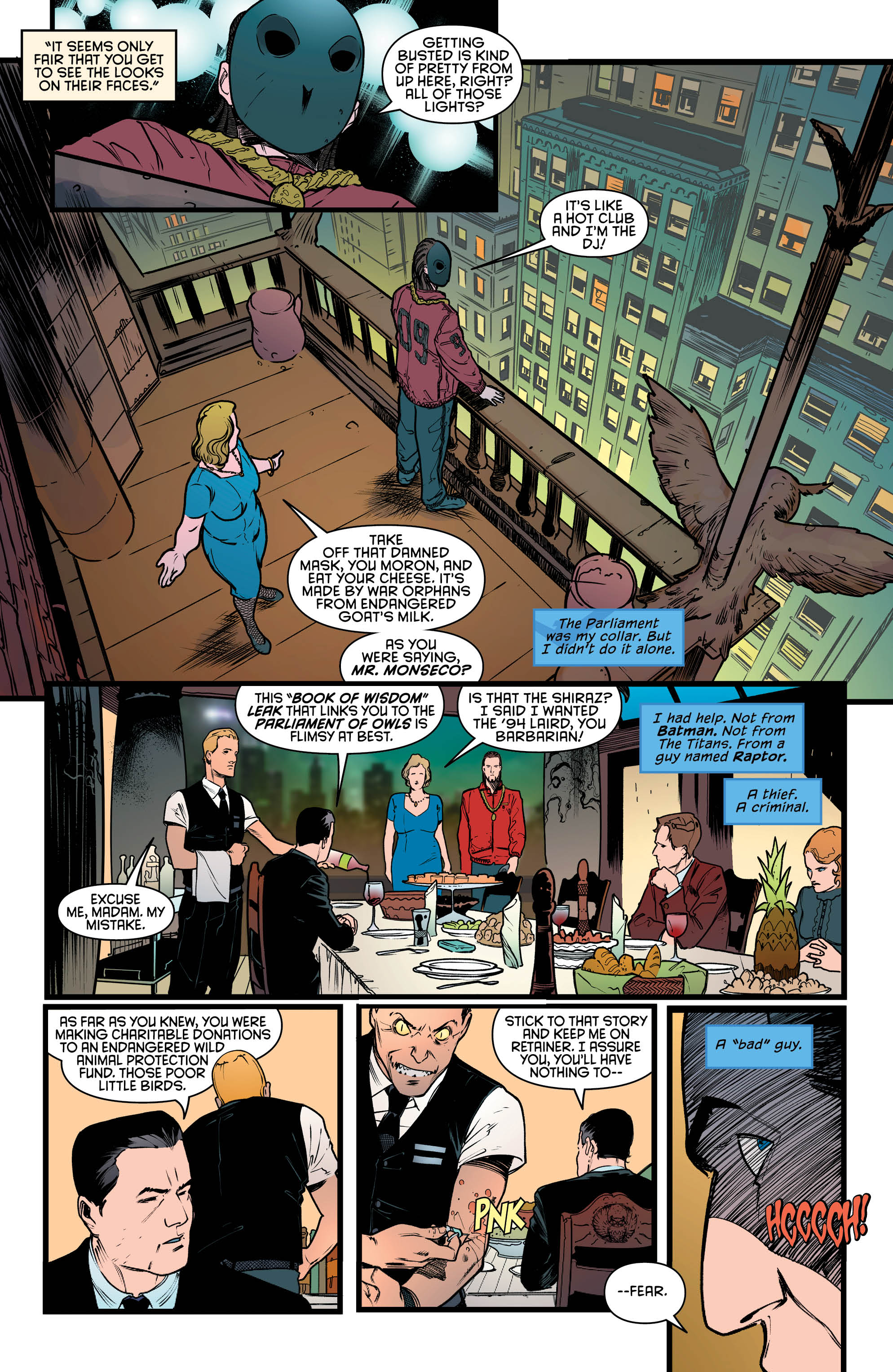 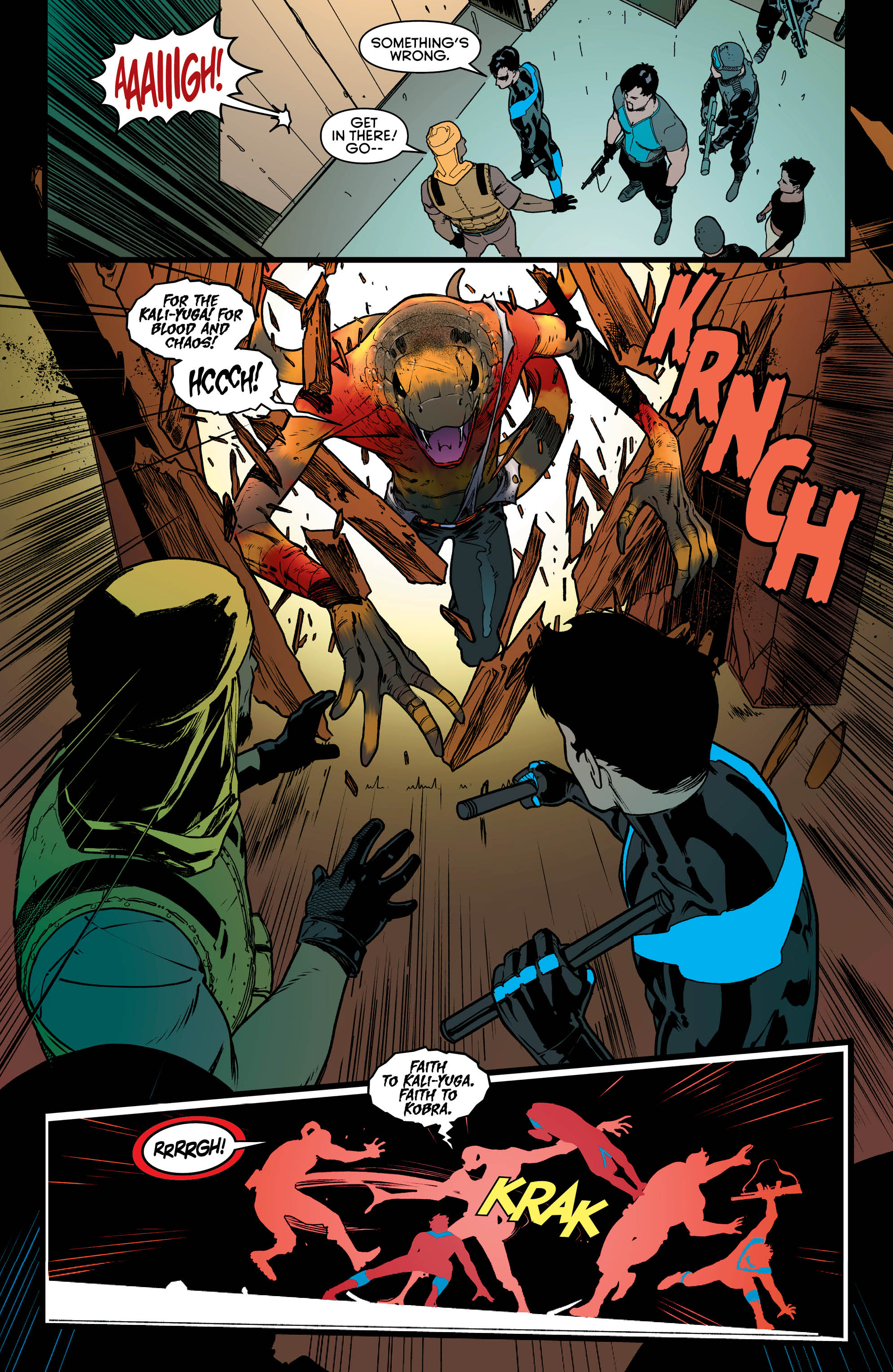 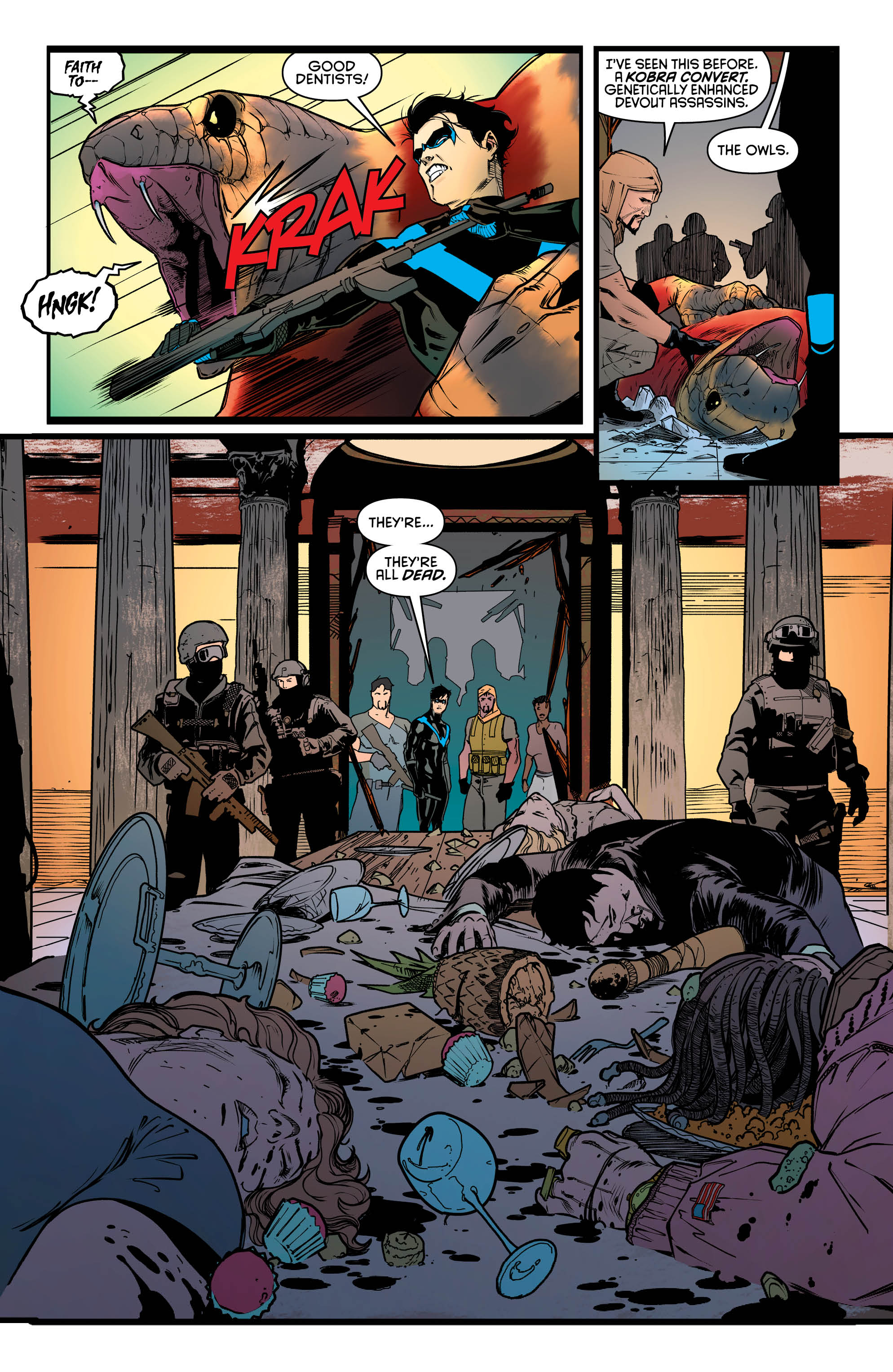 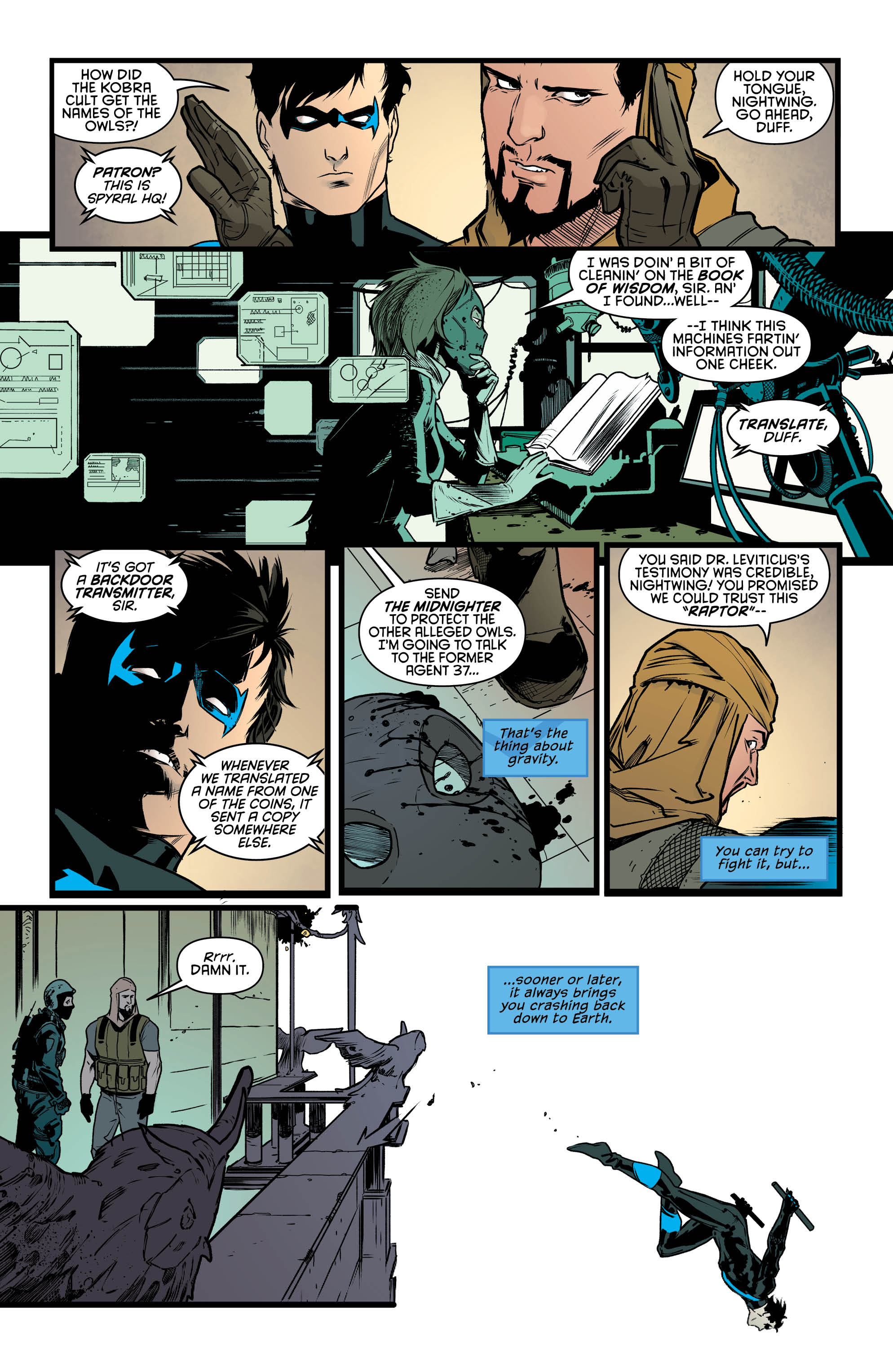 A genuinely great thing is Javier Fernandez’s light and bouncy art.  It has always been pretty good, but each successive issue shows Fernandez becoming more comfortable with showing his personal art style. His stylized characters and bold lines look anesthetically clean, while still being detailed.

Nightwing #7 continues the disappointing trend of having too much Raptor. And that is a real shame, since other aspects of the book: the art or supporting cast are fun. If Seeley would just ease the spotlight off of Raptor, the book would be more enjoyable (like during the Raptor-less “Night of the Monster Men” tie-in issues). Unfortunately, given the storyline’s title is “Rise of Raptor”, readers should expect more of the same.