Executive Producer says He Intends to Bring Jerome Back to ‘Gotham’ 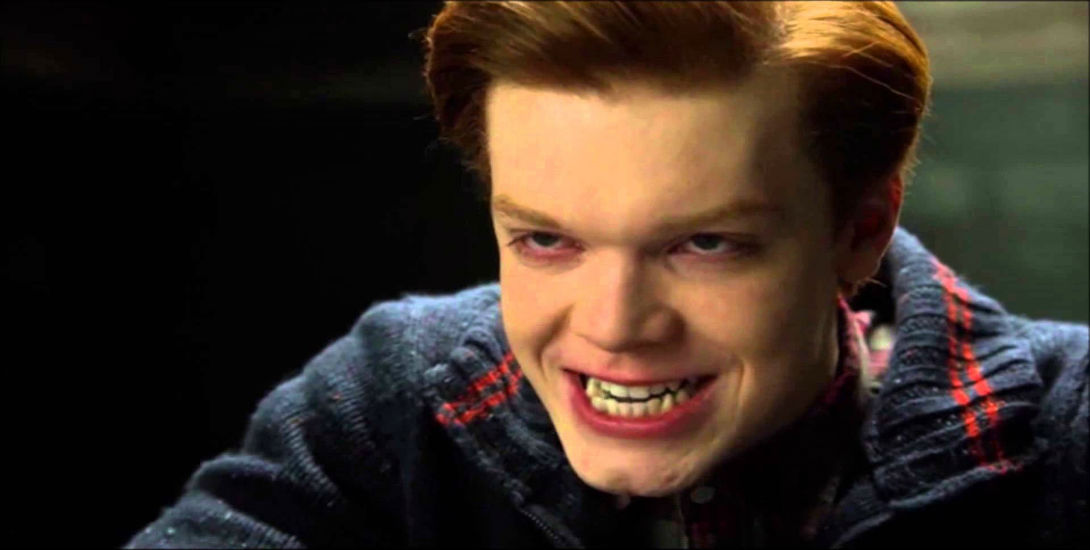 Despite its ups and downs, one of the consistently good things coming out of Gotham are the strong performances from the cast. My overall assessment is that the writers have very little idea of what they’re doing, while the cast knows exactly what they should be doing, oftentimes elevating cheesy dialogue.

And it’s strange to say that that TV series, for all of its over the top silliness, actually contained one of the best Joker performances I’ve seen so far. Cameron Monaghan played what was referred to as the “Proto-Joker,” in the first few episodes of the second season of Gotham, which were arguably the best episodes of that season.

At SDCC 2016, it was slightly hinted that Jerome Valeska may be returning. When referring to his untimely demise and possible ressurrection, executive producers Danny Cannon and John Stephens, said, “In Gotham, death is not a barrier.”

But last week, it was confirmed that they intend to bring him back, according to Zap2it.

Executive producer John Stephens said, “It is 100% our intention to bring Jerome back.”

You have to be careful with the wording here. This isn’t necessarily official confirmation, but they plan on doing it. It’s pretty much confirmation, but unless they say it is, something could easily change and prevent them from doing so. And the reason why that is the case is because fans will not be getting that immediate gratification. In fact, Stephens explains that the return is planned for a season 4, if they are renewed.

“We’re going to be playing it again this year and basically extending the idea of the cult of Jerome. We’re building the architecture for him to come back. You’ll have these underground movements that have started to talk about Jerome and what he represented and how he’s going to come back like in the days of John the Baptist. Setting the stage that if there is a season 4, hopefully we’ll bring that back in a much bigger way and you’ll see these different versions of the Joker myth.“

So apparently, what will start in season 2, will be explored even further in season 3, and finally hit its zenith in season 4. Long overarching plots is often part of the recipe for good TV, so I really hope their longterm planning dramatically improves the show.

I’m also intrigued with the comment on “different versions of the Joker myth.” What does that mean? Will Jerome breed other variations of the Joker? I mean, Rebirth has already planted the idea of 3 different Jokers, maybe Gotham wants to play in that sandbox too? We’ll see.

And finally, to help induce a state of ecstasy, Stephens explains that there will be a transformation of sorts, teasing that “When he comes back, you want to see that new version.”

I guess we’ll see Jerome’s return if there is a season 4.

However, season 3 of Gotham premieres on September 19th, at 8PM EST, on Fox.