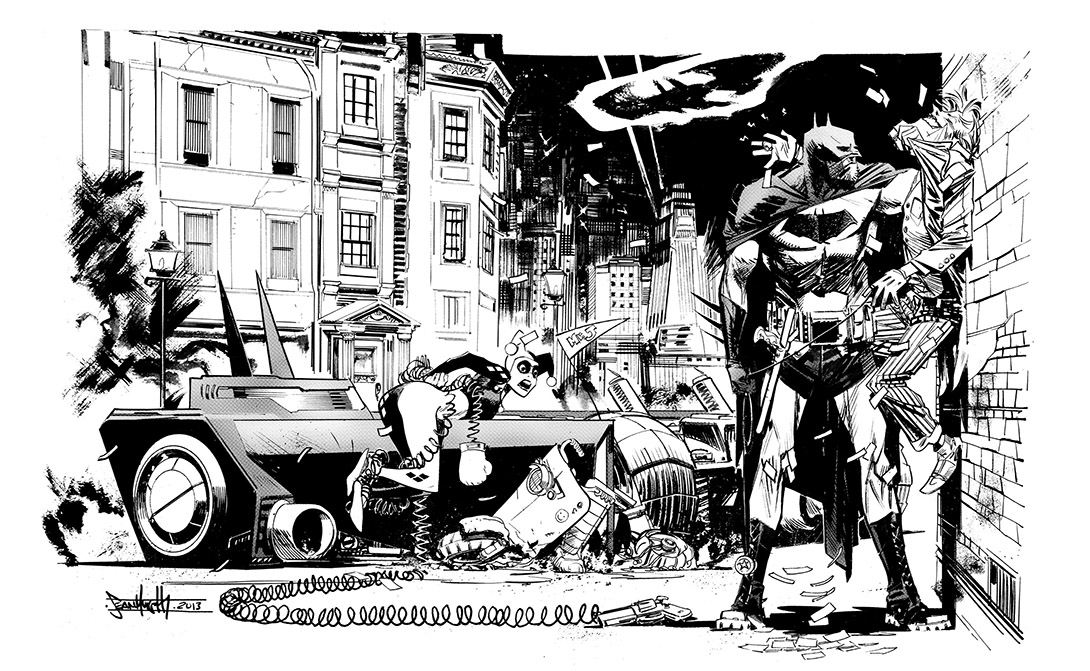 Attending the Secrets of Rebirth panel at SDCC this year, it seemed that DC Comics was intent to start hiring creators, given the team that was assembled on stage for the panel itself. There were newcomers and veterans gathered together to launch Rebirth, a movement widely praised by fans. Therefore, I’m not surprised at this news and I wouldn’t be surprised if they announced more of these.

When Rebirth was first announced, we discovered that artist Sean Gordon Murphy would be among a roster of artists to work on All-Star Batman with Scott Snyder. It seems that the artist impressed DC Comics enough to lock the man into a contract for him to work exclusively with them for the next two years.

In the series of 5 tweets, Murphy announced his deal with DC Comics and what he intends to work on while there.

For the next two years I’m exclusively working with DC on 2 Batman books: Allstar and one that I’m writing/drawing myself. 1/5

So if you’re planning on reading my Allstar run (the finale), pick up Snyder’s Allstar books NOW. 2/5

The Batman book I’m doing alone will be my DK and my Year 100—an Elseworld-like take on Batman. My attempt at an opus. 3/5

But that won’t start until after Allstar is wrapped up. So if you plan on reading these 14+ issues of SGM Batman, best grab Allstar now. 4/5

Allstar has an amazing talent pool, and I’m honored to be involved. Thanks to both @Ssnyder1835 and @DCComics for the best gig ever! 5/5

So, Murphy will be pencilling the finale of Snyder’s All-Star Batman and writing his own Batman story. Sounds pretty awesome. It seems that he intends for his Batman book to be a non-canon opus, invoking the holy name of The Dark Knight Returns. I hope he can back it up and I’m excited to pick it up when he’s done with it.

He then took questions on his Twitter, revealing that his run will be tentatively 8 issues long and currently does not have a title. He teases that his story will contain multiple Batmobiles while including as many villains as he can. He admitted that this title is really important to him, comparing Batman to the peak of a comic book mountain.

This all sounds very exciting. Who wouldn’t want another Batman opus?