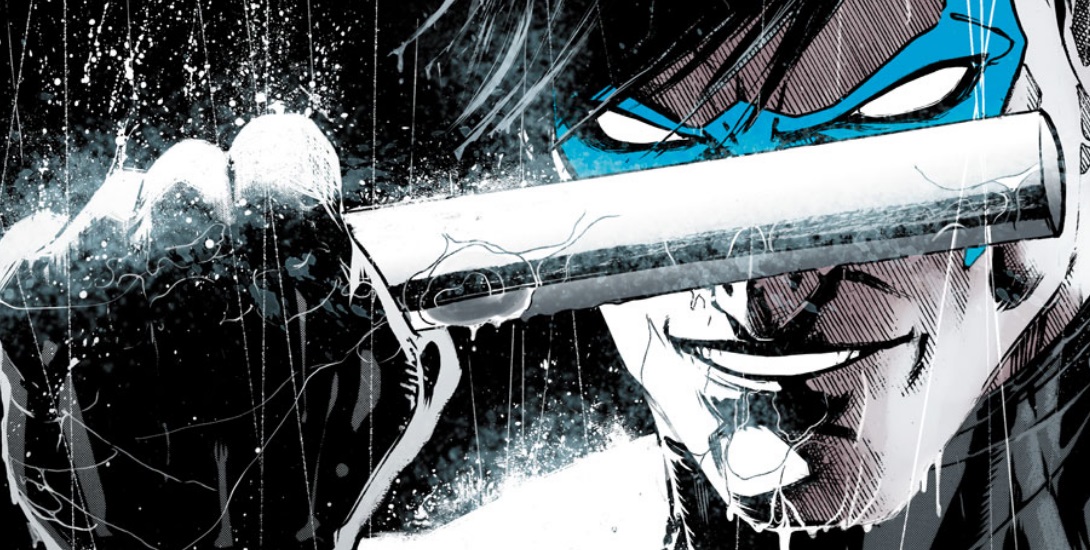 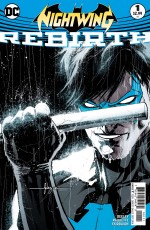 Whether or not you were a fan of Dick Grayson’s Agent 37 era, it’s probably safe to say that we all yearned for his return to the Nightwing persona – in black and blue, no less. This week, we are obliged with a one-shot that kicks off his latest solo series and serves as a smooth transition between Grayson and the new Nightwing title.

I stress that this is a smooth transition because we get to see Dick take part in adventures with the likes of Tiger and Midnighter, both of whom were cohorts from his Spyral days, along with a clear reason as to why he is once again adopting the Nightwing persona, as opposed to being Robin or Batman. You may remember that before the events of Flashpoint, he was still Batman and when The New 52 launched he was suddenly Nightwing. It did make a lot of die hard fans happy, but we got little explanation other than some variation of him saying, “This is who I am.” Writer Tim Seeley, who is certainly no stranger to this character, thankfully offers up some storytelling that feels truly organic.

On that note, he doesn’t waste any time getting to the heart of who Dick truly is; this is indeed a fantastic character piece. If you loved the days when Dick and Damian Wayne fought crime together as Batman and Robin just as I did, you will likely get much enjoyment out of seeing them hanging out. Yes, it’s always cool to see them beat up the bad guys, but it’s also nice to see them get along almost like siblings and play video games.

The Parliament of Owls will continue to be a thorn in Dick’s side in this series and they undergo a bit of a makeover. A little bit of insight is gained as to what we can expect from this title in the coming months, but be sure to brace yourself for a real shocker of a twist.

It’s also quite fortunate that an artist of Yanick Paquette’s caliber was enlisted to add a bit of “oomph” to this one-shot. As usual, he does a top notch job. If you want a small sample of what to expect from incoming artist Javier Fernandez, simply look to the cover.

I’m quite surprised as to how many of these Rebirth one-shots have been great reads. Nightwing has the potential to be not only the best of the July launches, but also one of the top sleeper hits of the summer. 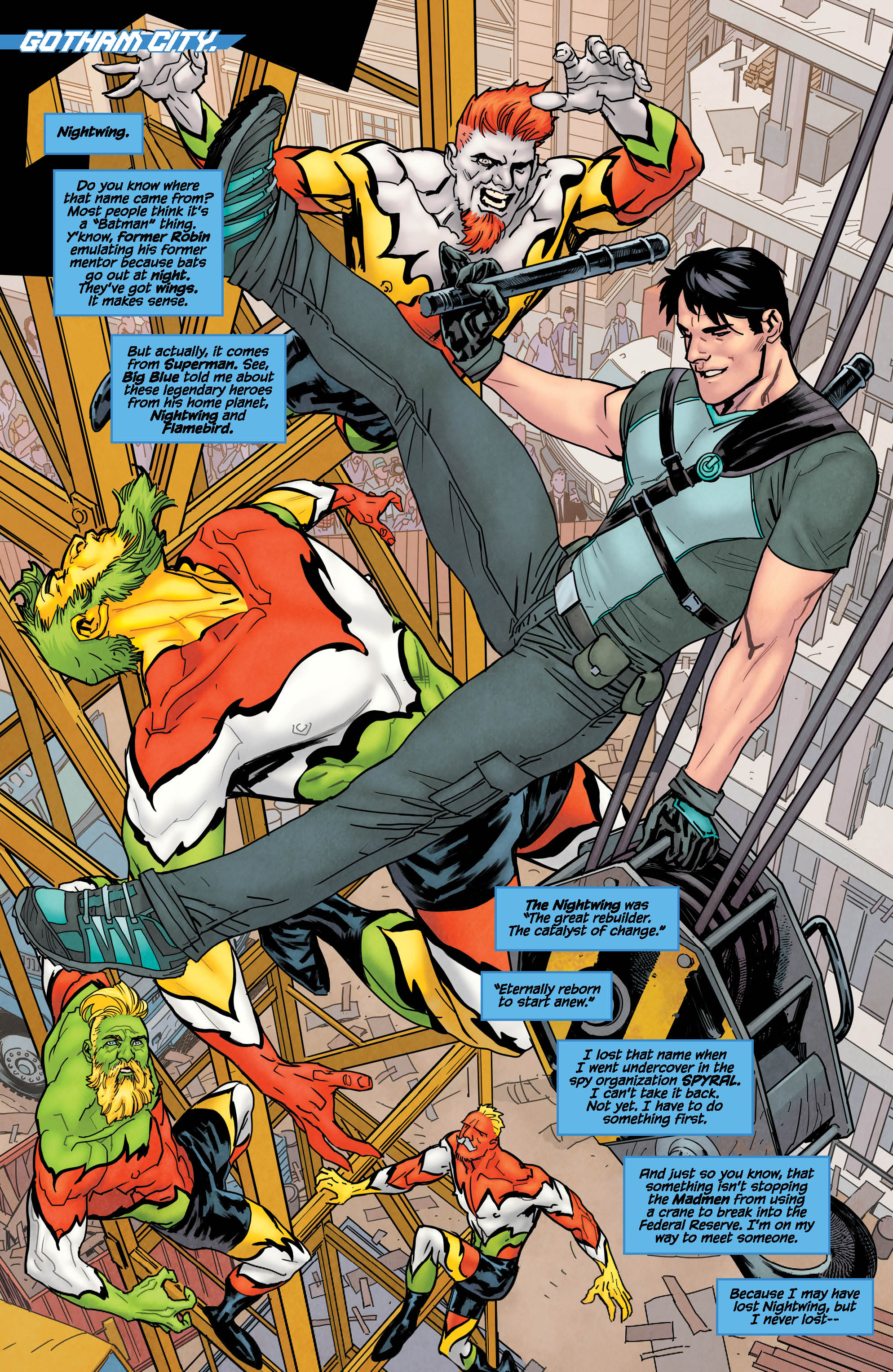 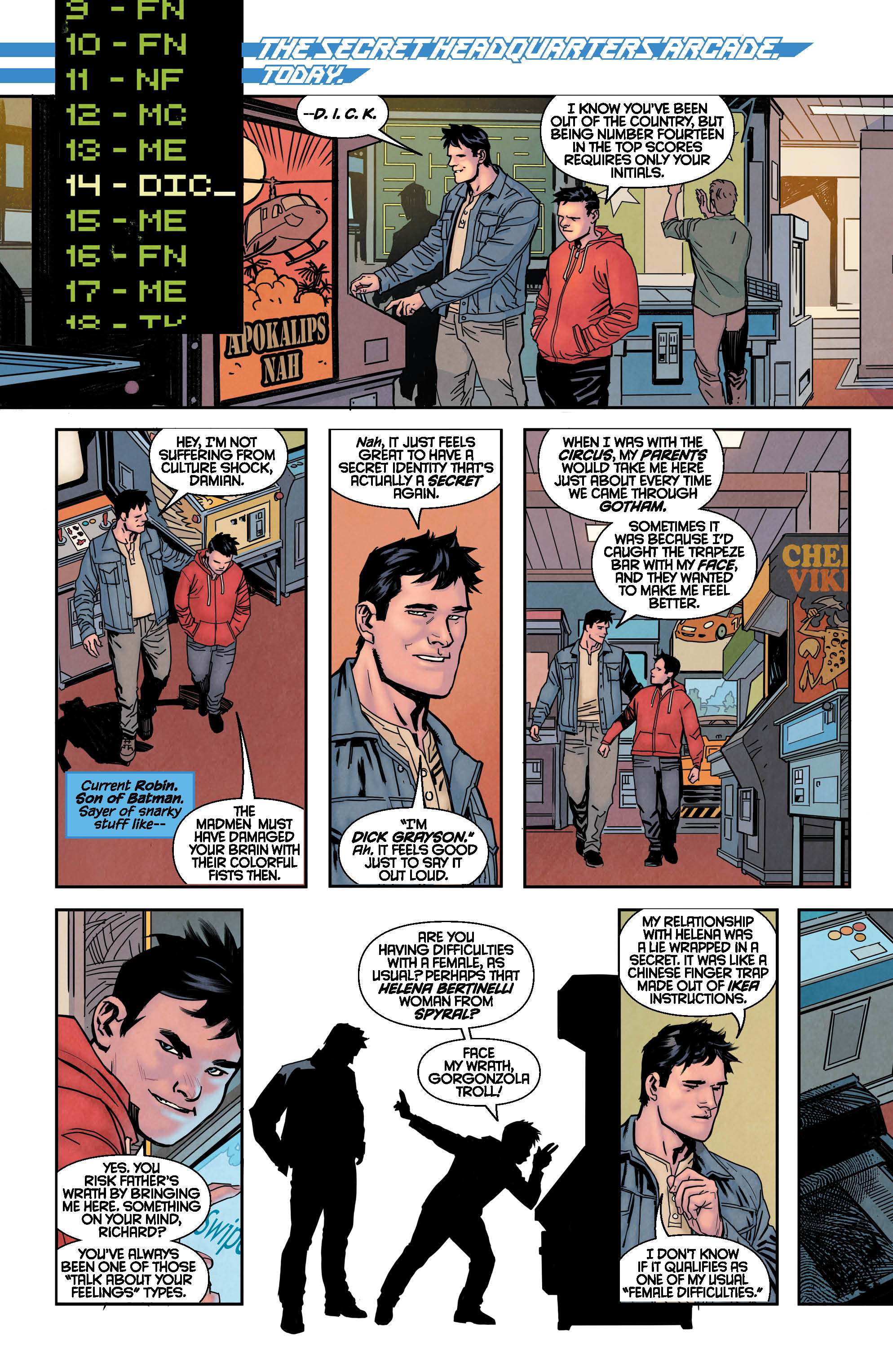 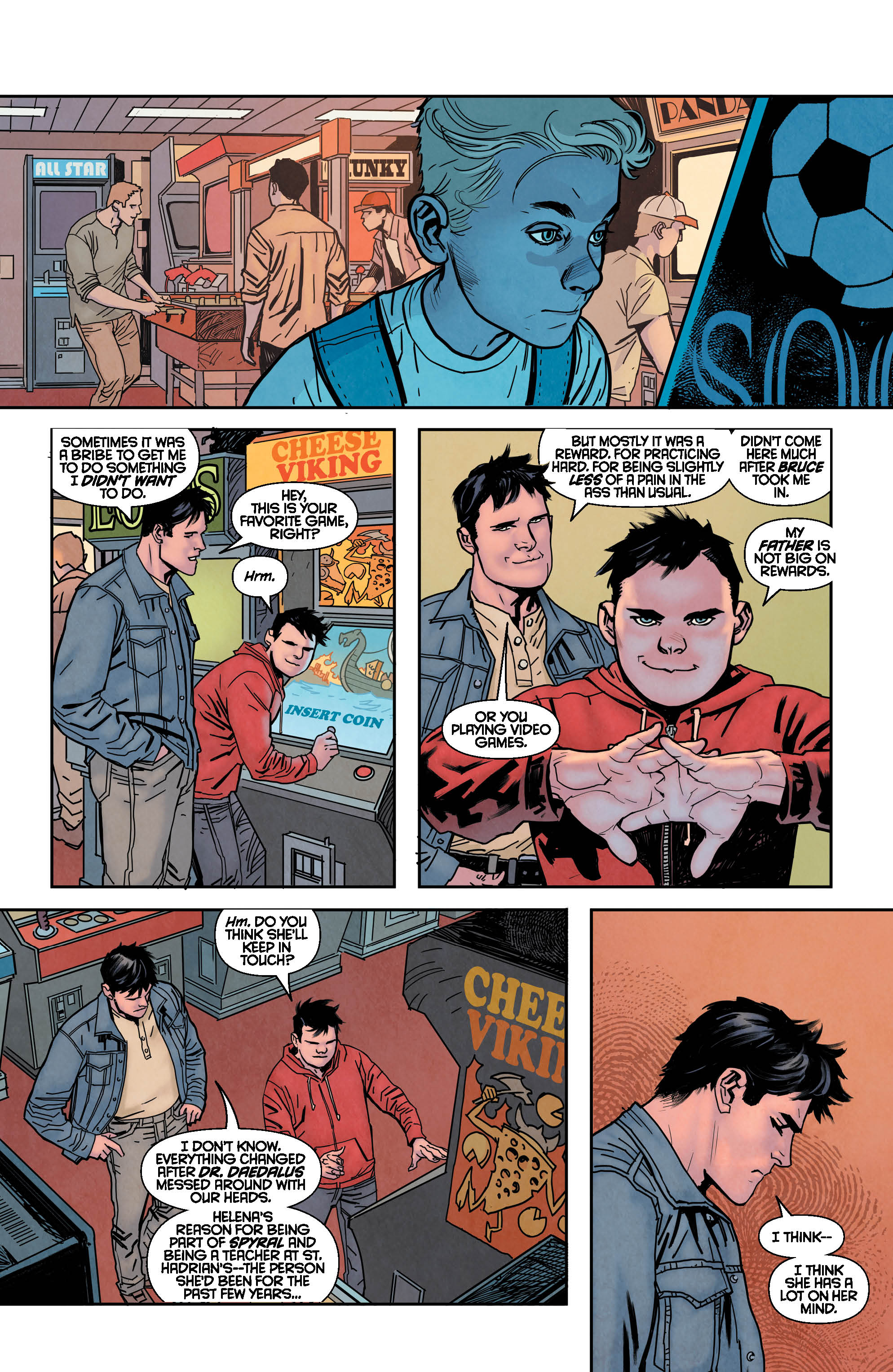 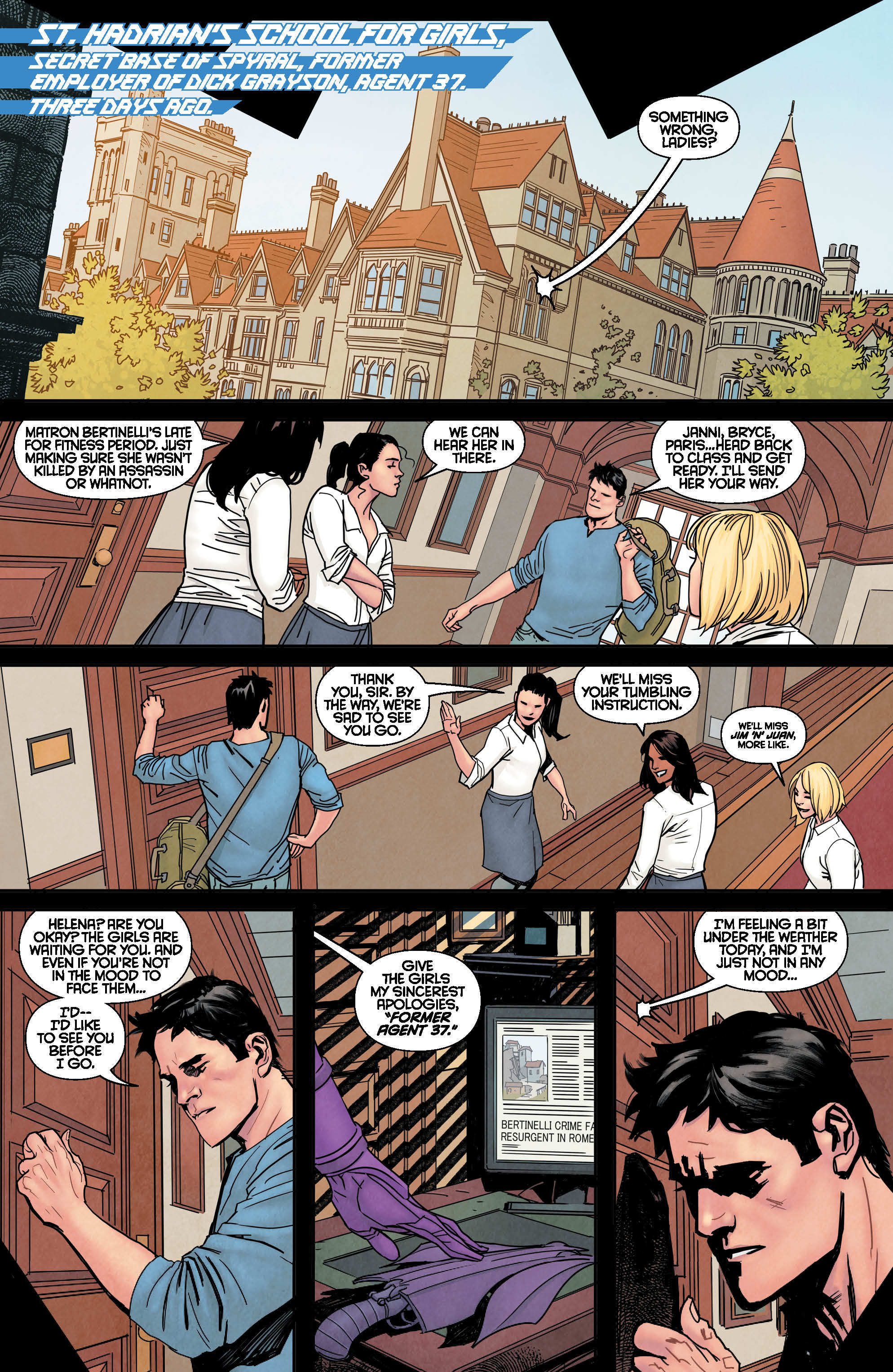 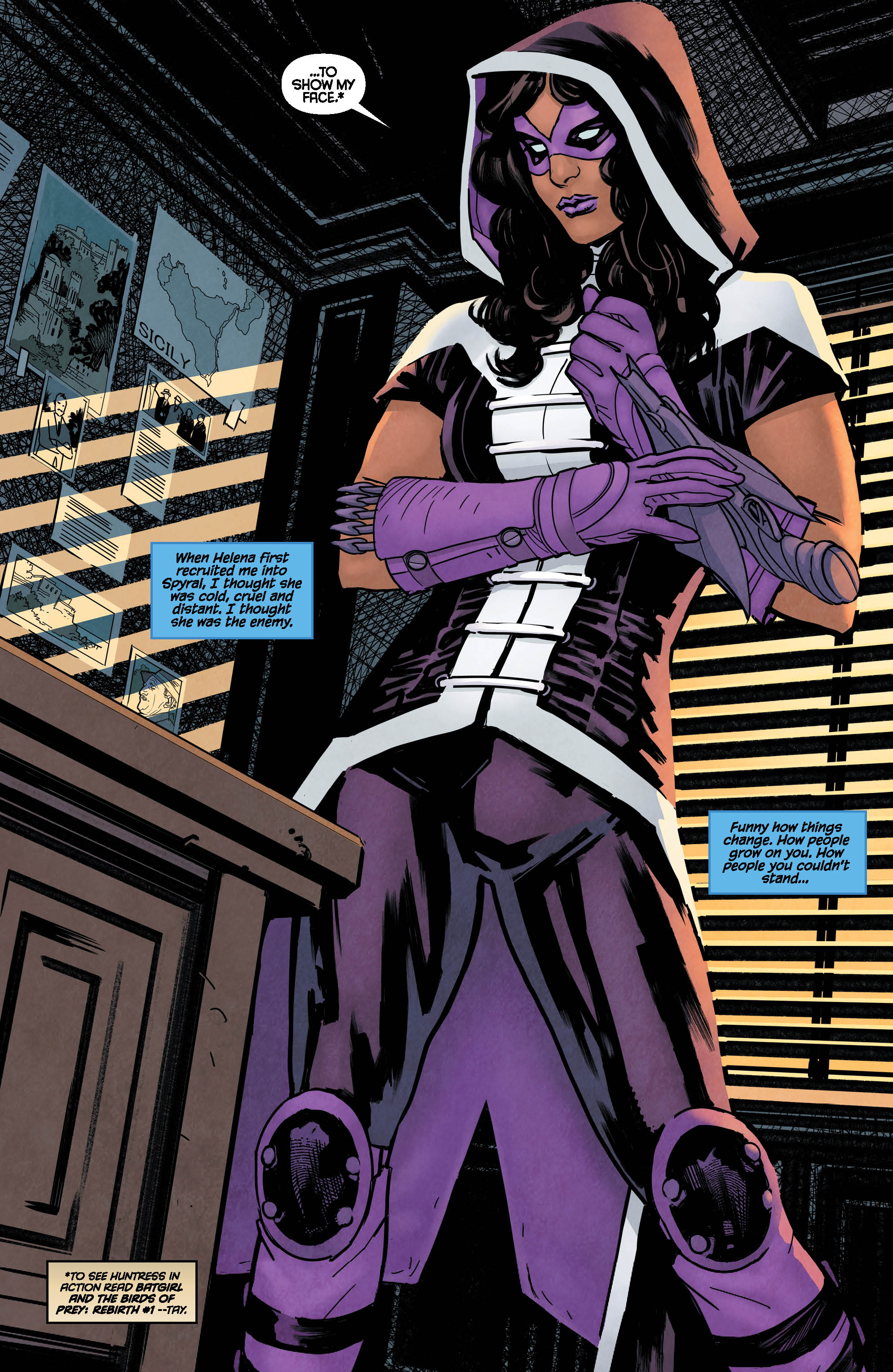 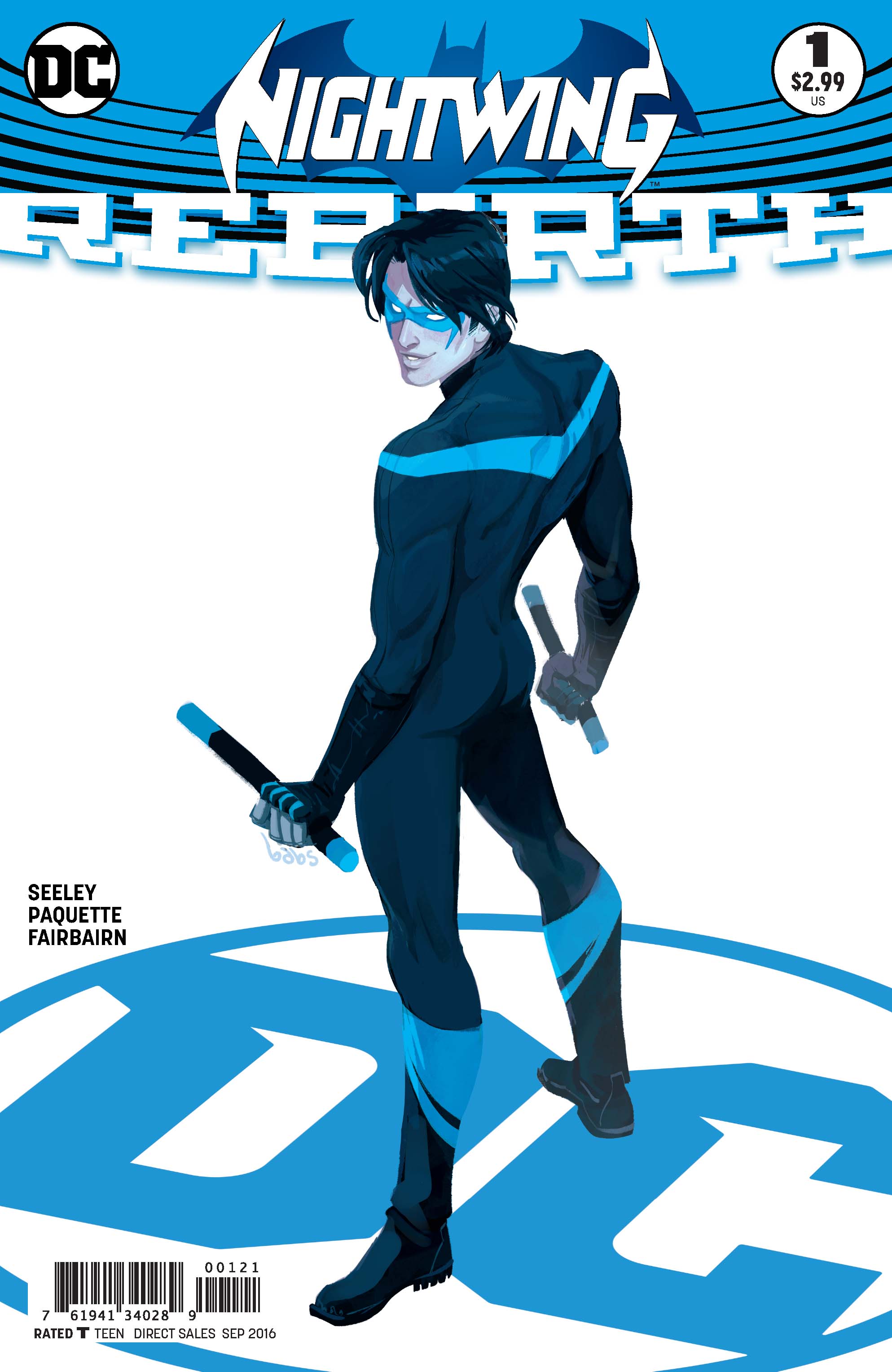