Review: Superman: The Coming of the Supermen #5 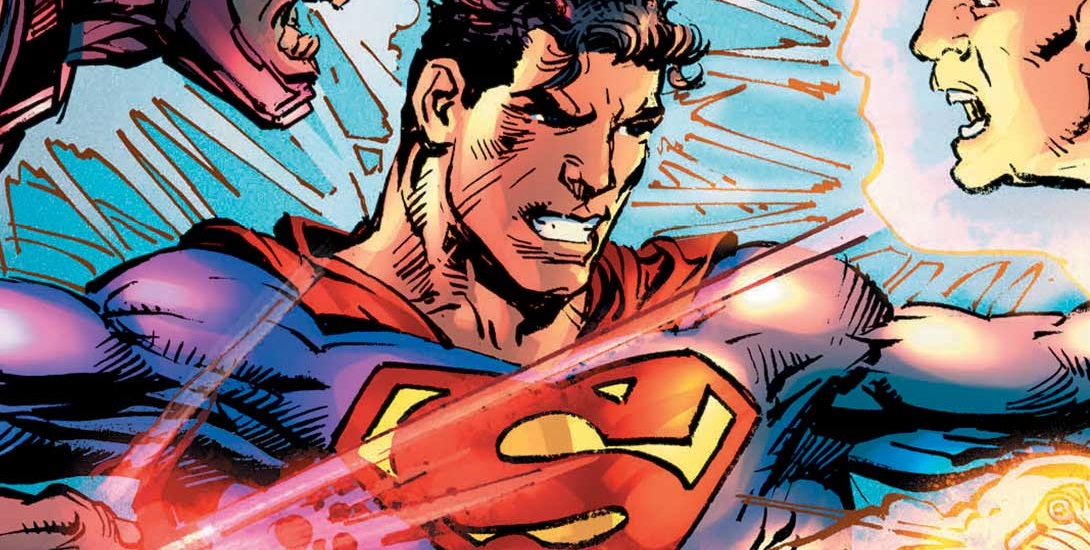 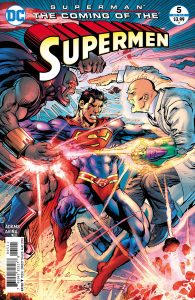 “Close your eyes, Lois… This is too much for a grown reporter to watch!” – Superman

The penultimate issue of Neal Adams’ mini-series Superman: The Coming of the Supermen has arrived and continues to capture that old Jack Kirby spirit. Like the previous issues, it has a ’70s or ’80s vibe to it, but with a modern twist. It’s a bit anachronistic in sense, kind of like Gotham.

It opens with Rafi, the young boy Superman has taken in, being held captive and about to be tortured by Granny Goodness. While the image may seem shocking to some, it’s important to include moments such as this to stress the vile aspect of villains so they don’t become too watered down. If we don’t see bad guys do extremely bad things now and again, all they really do is accumulate fans on Tumblr. I’m looking in your direction, cinematic Loki.

In a way, Rafi becomes a major focus of this installment: Superman gets into a bit of a rage and mows down Apokoliptian forces in search of him before later succeeding with the help of Lois Lane. Big Barda and Mister Miracle show up to join the action and later vow to look after the lad. Granted Adams has quite a few pieces on the chessboard already, but I can’t imagine doing a definitive story revolving around Apokolips and New Genesis without involving those two. Not only that, Metron puts in an appearance as well.

Superman and company spend a good amount of the latter part of the issue readying themselves for next month’s final battle, which I hope delivers on all fronts. We are given a crazy cliffhanger involving Lex Luthor and Darkseid, who have had quite the shaky alliance and are led to believe a major death occurred. While years of comic book reading have taught me to know better, let’s keep in mind this is a self contained mini-series and all bets are off.

Adams has delivered another fun issue that is filled with the usual eye candy that only he can provide. The dialogue also improved – for the most part. Hopefully we can look back on this story as a whole favorably as we’ll know for certain after next month’s conclusion.