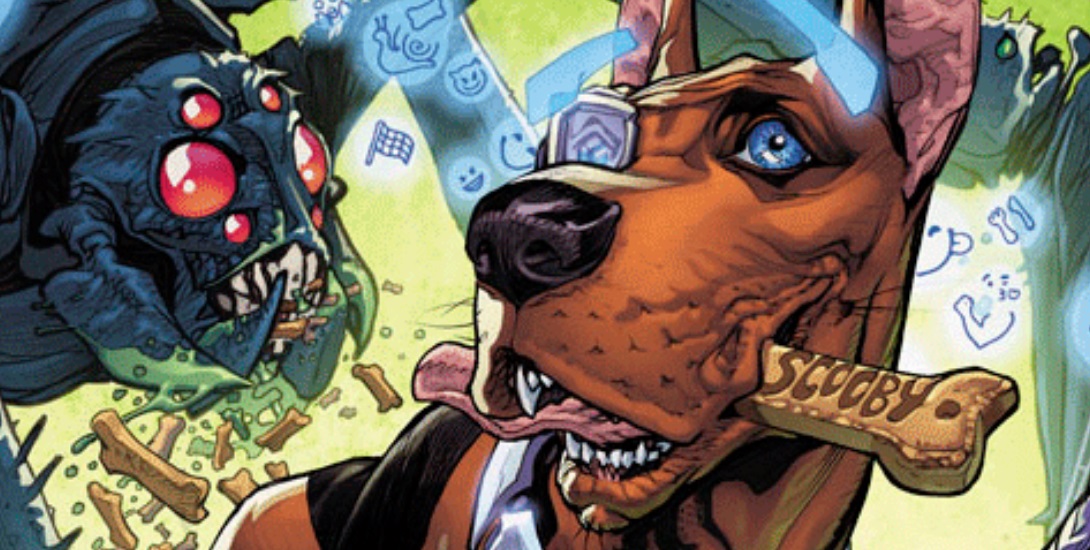 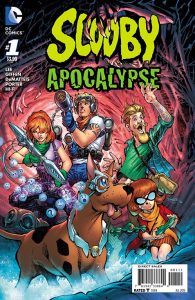 Scooby Apocalypse is the latest DC title to reimagine classic Hanna-Barbera properties – and I do stress the word “reimagine.” This is designed to be something creators can have fun with and there’s nothing wrong with that. Mind you, this isn’t the new Scooby-Doo status quo and isn’t replacing what came before; DC still publishes Scooby-Doo comics of the classic variety. Honestly, this is a pretty solid debut issue and I don’t want to hear about how it “ruined your childhood.”

I admittedly approached this book with mild interest and ended up finding it to be a real page-turner. The creative team that gave us Justice League 3001 brings the same level of care to this series: J.M. DeMatteis and Keith Giffen have crafted a science fiction conspiracy thriller that somehow works within Scooby-Doo confines and artist Howard Porter most definitely brought his A-game.

As I said, changes are made and there is a bit of modernization, although I can’t help but hear the voices of the original cast when I read for each character. Truth be told, it took awhile for me to get used to Velma’s characterization and I’m not fond of Shaggy’s hipster look, but his timeless friendship with Scooby is captured well and is rightfully one of the book’s cornerstones. Fred’s ascot has also thankfully endured the test of time.

As the team comes together for the first time in this continuity (again, this is a reimagining), we’re given a tour of a secret scientific facility that adds new concepts to the mythos and kept my interest panel-to-panel. I will say that I sometimes read faster during my initial read because I felt a sense of urgency, but I guess that’s a testament to the writers.

I’m also glad they went the route of leading up to the apocalypse as opposed to thrusting us into the middle of it, which is what I expected for some reason. It made things feel more accessible and organic, allowing us to familiarize ourselves with these reinterpreted characters. There’s also a nice backup story from the same creative team that details how Shaggy met Scooby in this continuity.

All in all, Scooby Apocalypse shows much promise and makes for a welcome addition to the pull lists of open-minded readers amid the coming Rebirth storm. 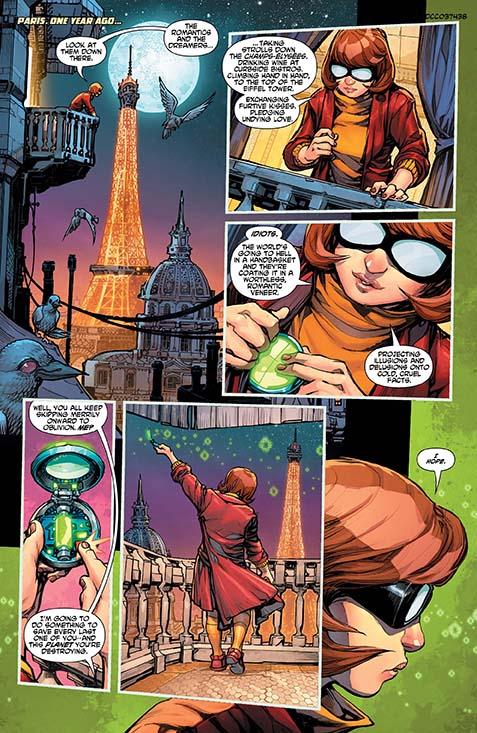 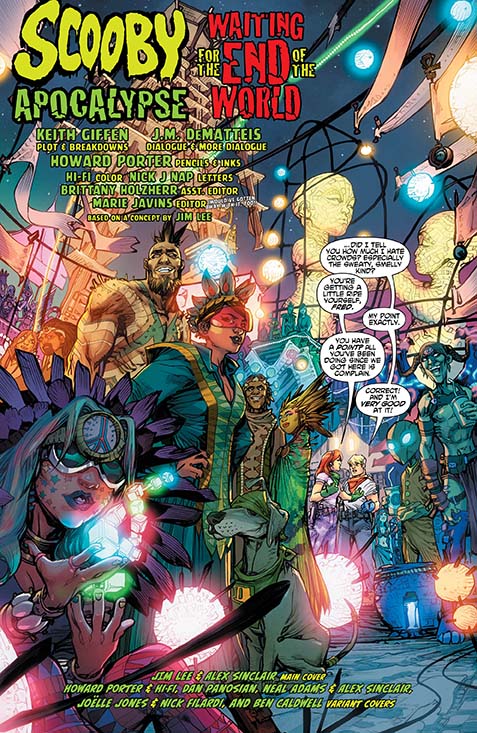 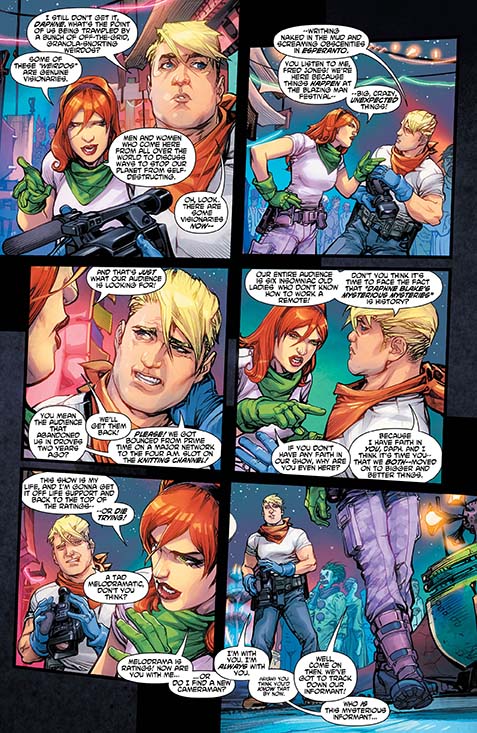 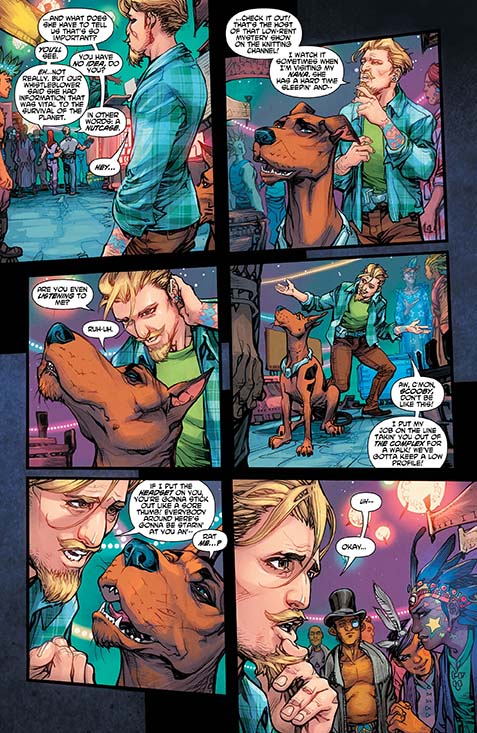 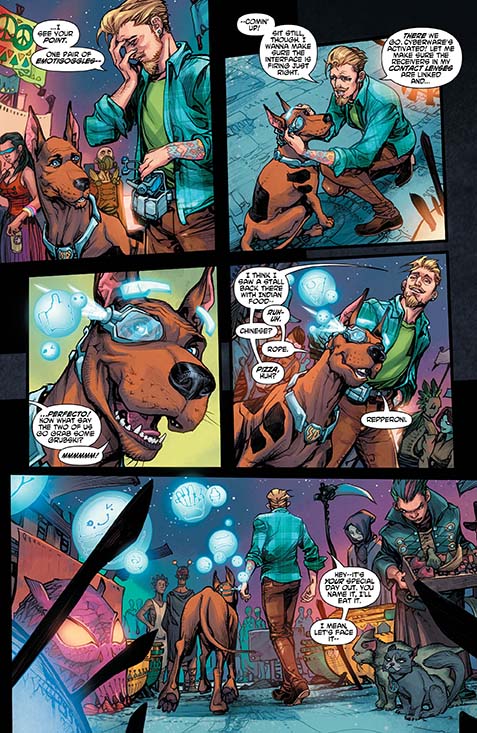 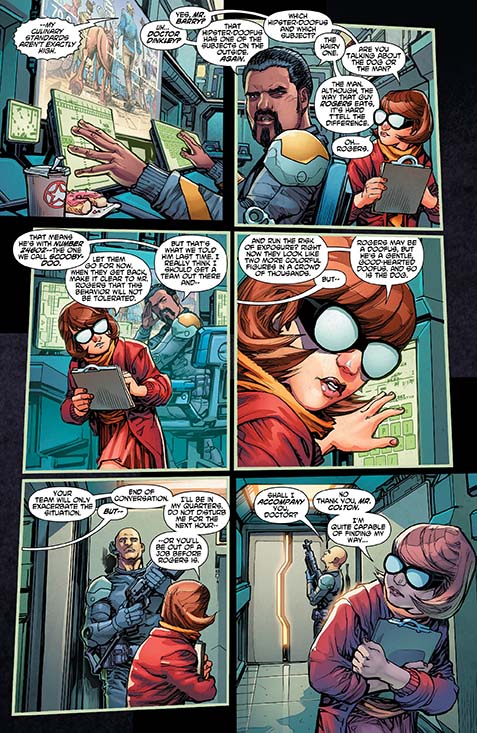