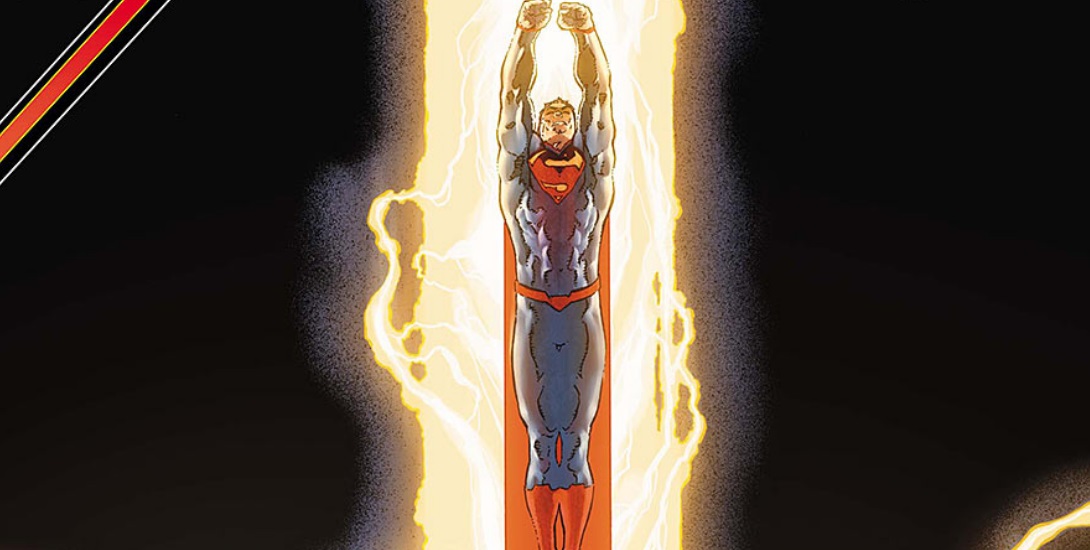 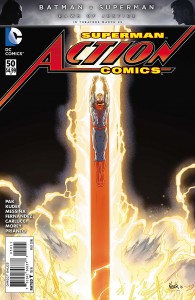 Action Comics happens to be the first Superman title to reach the #50 milestone in The New 52 and deservedly so. After all, this is the same title that introduced us to the Man of Steel back in 1938. Although this happens to be the conclusion of Greg Pak’s run, it is actually the third to last chapter of the “Savage Dawn” crossover. More on that later.

Seeing as how many people will buy this simply because it’s the fiftieth issue and not be apprised of recent goings on, Pak wisely catches up readers on some of the finer points of “Savage Dawn.” This particular issue sees Vandal Savage enact his grand plan to reclaim the very same comet that bestowed immortality upon him, which he intends to also use on his children – or so they think.

The Justice League shows up and actually play a huge role without taking the focus off Superman. Batman/Jim Gordon’s ears fluctuate in height, but that’s really the only inconsistency I noticed with the artwork. Aaron Kuder is joined by a variety of artists and, for the the most part, the transition between them never really seemed jarring. Rest assured that you will see many dynamic action shots in this oversized anniversary issue.

As mentioned earlier, this is indeed the final issue of Greg Pak’s run. Although it’s not the conclusion of this particular crossover, it at least offers a major payoff when Superman finally regains his powers. It’s a pretty fun scene and you will feel every bit of joy that Clark does.

Despite that, it’s still hard to ignore that two more chapters of “Savage Dawn” remain and if Pak’s finale would have played out any differently had it not been tied to other books. Should you want to continue the story, follow it next week in the pages of Superman/Wonder Woman #27 and then later to Superman #50, which will serve as the conclusion.