Commissioner Gordon is back on the clock.

The Hollywood Reporter announced today that Oscar winner J.K.Simmons has been cast as Gotham’s best police commissioner, Jim Gordon, in the upcoming Justice League movie. Simmons is a tour-de-force who also blessed us in another comic book series (Spider-Man) as J. Jonah Jameson and won his Oscar for his powerful role as “Fletcher” in the 2014 film Whiplash.

This is an interesting but exciting choice in my eyes. Gary Oldman was phenomenal in The Dark Knight Trilogy and this new take is, like every other casting choice thus far, a different interpretation on where this Gotham is headed.

Not much else is known at this point but given the fact that Batman is closer toward the end of his career, I feel this version will seem much like a The Dark Knight Returns version of Gordon. 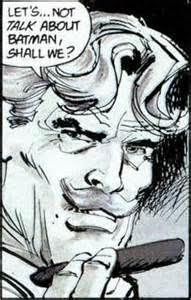 Justice League is set for a November 2017 release and begins filming in April.