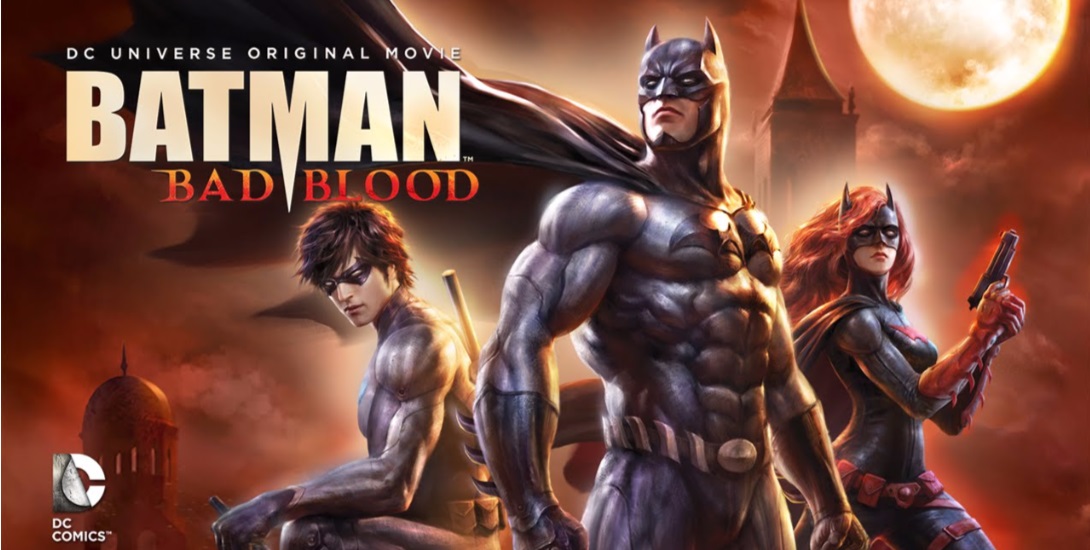 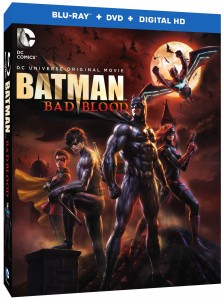 DC’s latest animated aventure may be the most ambitious. Batman: Bad Blood has a number of characters, plot lines and some of the most raw fight scenes to date, crammed into a 75 minute film.

The movie kicks off in typical DC style: a big action sequence. This time though, we get our first glimpse of Batwoman in this world. She seems to be in over her head and gets some much-needed relief from Batman. But in a flash, she flies out the window, Batman is taken down and an explosion follows. Did the Batman die?

Meanwhile, the rest of the family (Nightwing, Robin, Alfred) come together to keep the fight alive in Gotham, hunt down what happened to their leader and figure out what this Batwoman saw that night. While the days go by, Lucius Fox’s son, Luke feels the power of justice and finds his way into the family.

This is just the set up for about two-thirds of the movie. We get origins for Batwoman and Batwing, a plethora of fight sequences, and a big reveal on the motives behind Batman’s kidnapping (which I won’t spoil here, just in case you haven’t seen the movie). That’s a lot of material in about 50 minutes. As for the rest of the film, it takes a deep breath and slows down before its action-packed finale.

I enjoyed Bad Blood more than I thought I would. Up to its release, none of the trailers or clips seemed to grab my attention, and I’m not really a fan of including sidekicks. I enjoy a good, solo Batman adventure with maybe some Robin on the side… as long as it’s not Damian (I’ll get to that here in a bit). However, Batwoman’s opening scene was exciting to see, and her origin story (done in flashbacks) was quick and added some emotion. In addition to her, we get the development of Batwing spread throughout the film. I’m unfamiliar with his story, but his inclusion in the film seemed more “let’s add another character” rather than a necessity. Regardless, his scenes were enjoyable and it wouldn’t bother me to have him included in feature films.

Another positive is definitely in the animation. There’s a wonderful extra on the Blu-Ray about the evolution of Batman’s fighting in animation and it really opens your eyes. I loved this gritty, violent style and can’t wait for it in future films.

As for the problems with the film? A personal pet peeve of mine is Damian. I rarely enjoy the character in the comics, but have found a few minor instances where he is a bit of a bad ass. In his three movie appearances (Bad Blood, Son of Batman, Batman vs. Robin), his voice makes me shudder. Not to mention, the character doesn’t add much to any of the stories and seems inconsistent.

The movie also flies by with so much content, that there wasn’t much time to breath. While fans may enjoy that in their entertainment, I didn’t. Think about it: can you enjoy 13 more minutes of nonstop fireworks after sitting through 16 already? Flashy is good, as long as it’s used sparingly. Director Jay Oliva does a great job juggling all of the aspects of this film, but could have dropped a few to add to the others.

In the end though, another successful addition to the library of DC animated content. This may have been the first Batman title I wasn’t looking  forward to, especially since the star was pushed aside for most of the movie. But leave it to the Dark Knight to make me enjoy what was on screen while he hid in the shadows.