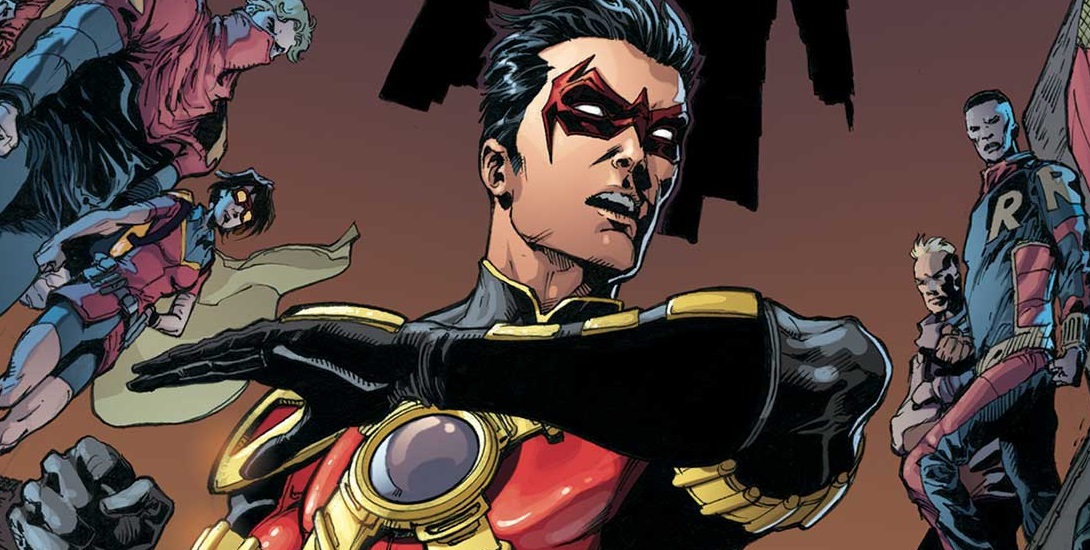 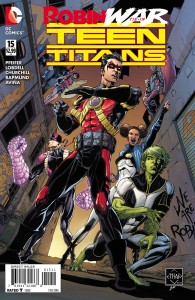 Fans of classic Teen Titans comics, as well as those who enjoyed the Young Justice animated series, really should sink their teeth into this series. The characters are well written and give just the right amount of quips without making me cringe; the balance between drama and comedy has always been “just right.” The art is also consistently good, from Ethan Van Sciver’s cover to interiors provided by Ian Churchill and Miguel Mendonca.

There are actually two concurrent threads running in this issue: Red Robin is occupied with the latest “Robin War” happenings, while the other Titans are occupied across town by one of my favorite recent additions to Batman’s rogues gallery, Professor Pyg. The latter is actually what provides the best entertainment and looks to carry over into the next issue. Nothing really happens in the Red Robin parts.

While this technically was a good comic book, it’s in no way necessary to read if you’re following “Robin War.” This is really for the Teen Titans crowd. Be sure to come back in two weeks time when the crossover even concludes with Robin War #2.