Fans of Batman: Arkham Knight will receive an early Christmas present. On December 22, the next DLC will be available for download – and it looks to be loaded!

Second, here’s what gamers can expect from the latest DLC: 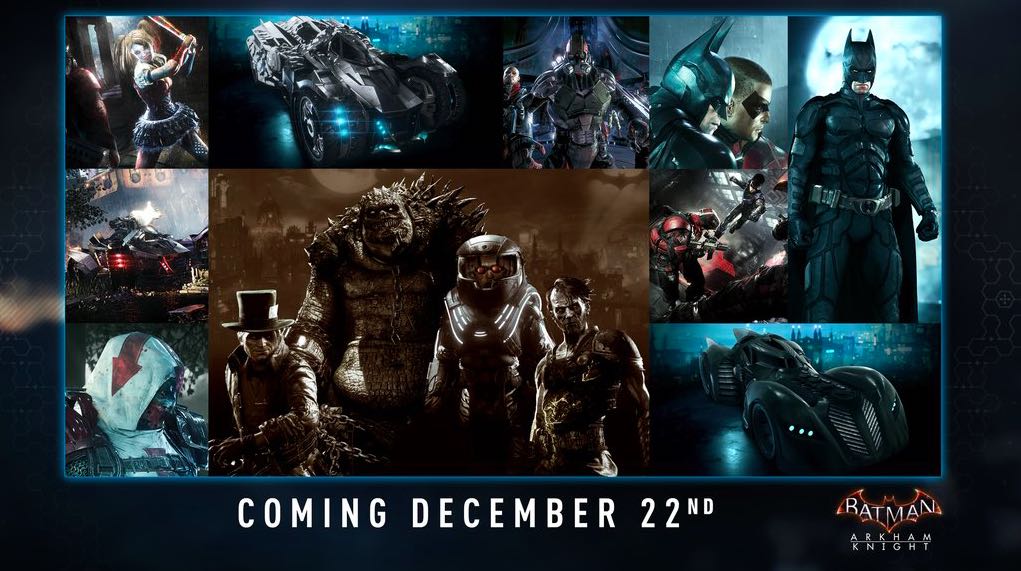 It’s exciting to see new missions featuring these additional rogues. And… just in time for the holidays!

Looks like we may have found a little extra motivation to escape from those obligatory holiday parties.

So, what do you think? Will you be eager to download this latest treasure trove from Batman: Arkham Knight?