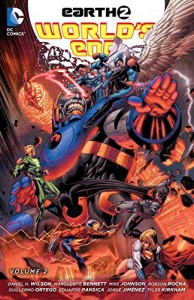 The beauty of getting to play around in a universe separate from normal continuity is getting to create stories that would never be able to happen in the main DC Universe (Earth 0). While Earth 2 doesn’t see stories that are as radical departures as what we would read in an “Elseworlds” title, I will say with certainty that this is a story we would NEVER be able to read in an Earth 0 book. And that’s one of the things that makes this so special.

The second volume of World’s End sees the heroes of Earth 2, a great cast that somewhat differ from what you may be used to seeing, firmly entrenched in a war with Apokolips. Contained within are spectacular action scenes, emotionally resonant subplots, and a few deaths scenes, some shocking, some noble.

Various groups of heroes are splintered for most of the book, trying to achieve separate goals: Batman (Thomas Wayne), Superman (Val-Zod), Red Tornado (Lois Lane), and Power Girl brave the fire pits in an attempt to retrieve Huntress and restore her to her former splendor; Green Lantern (Alan Scott) heads toward his destiny and happens to be in some of the most dynamic scenes in the entire book; and Ted Grant helps Dick Grayson in the search for his son. There’s much more going on, but those are the subplots to pay the most attention to. 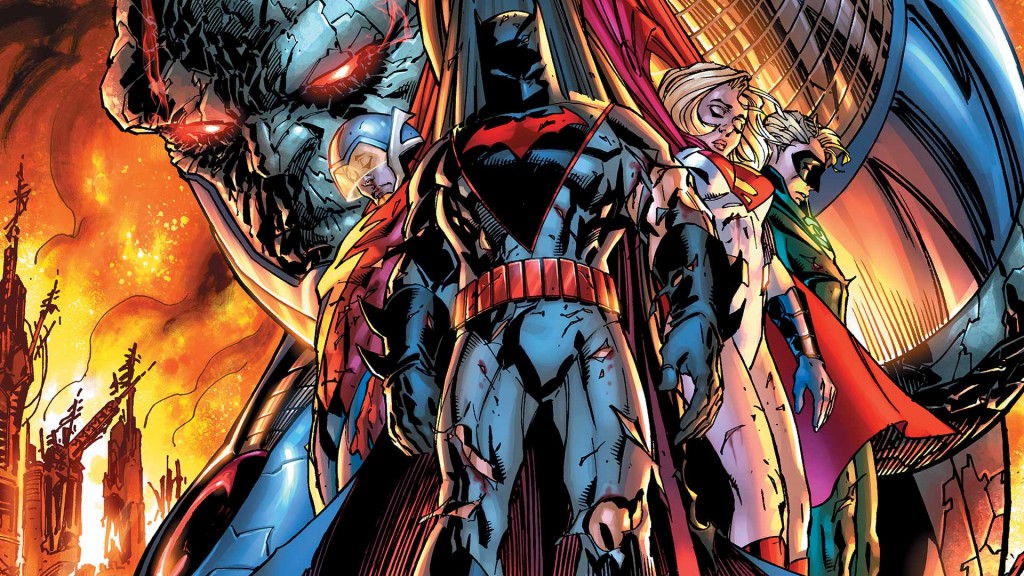 Personally, I enjoyed the scenes between Thomas and Helena Wayne most. Their coming together as grandfather and granddaughter during the worst time imaginable worked rather well. During the latter half of the book, they hunt for and then preserve a codex left behind by the late Bruce Wayne, which contained contained the genetic coding for every living thing on the planet, as well as history, culture, language, and engineering. After reading this book, we can say now more than ever that Batman truly was prepared for every scenario.

Many great books are not without fault and this is no different, but it’s kind of tricky to explain. Many artists contributed to this book as it originally shipped as a weekly title. Instead of rotating them issue to issue, several artists actually worked on each. It can be a somewhat jarring experience during your read. Sure, everyone involved did a great job, but perhaps they should have had more breathing room. It also seemed as though they couldn’t agree on whether or not Oliver Queen sports a beard.

As I said earlier, this story couldn’t have happened in the main DC Universe. It truly delivers on its title. The stakes are real and a villain of Darkseid’s stature needs to win the big one at some point.

This is not only recommended but also serves as required reading before delving into Convergence and Earth 2: Society. Apocalyptic superhero stories don’t get much better than this.