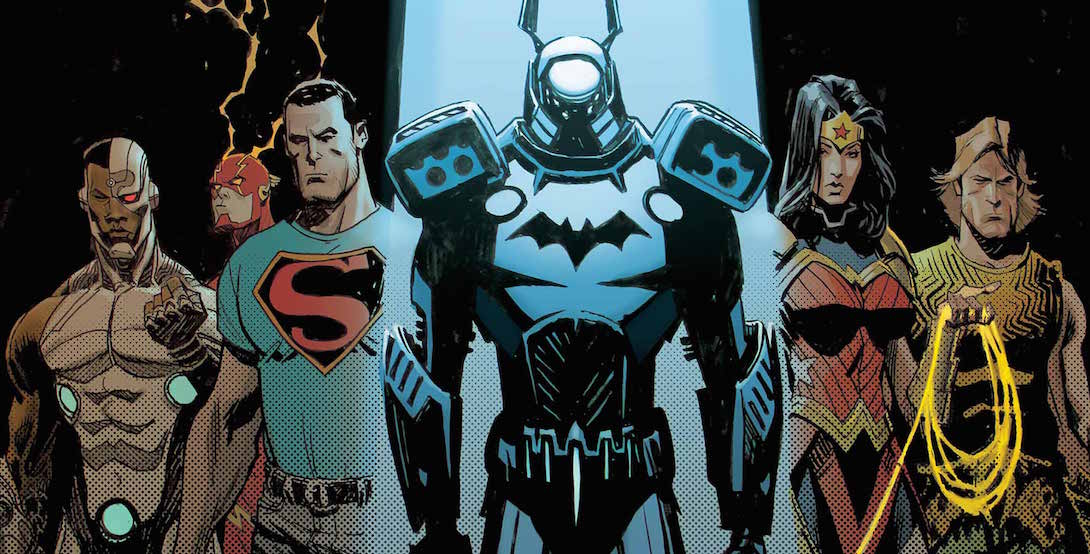 Detective Comics #45 starts off really interesting, with a conversation between Alfred and amnesiac Bruce Wayne. Bruce is a very different person here and, cliché as it may be, it’s interesting to see this new side of him. A Bruce free from the memories and the darkness of his past is an expectedly happier Bruce.

Alfred proves to be the most well written character in the issue. His reasoning for wanting to keep Bruce away from the Justice League and the Batman life are crystal clear and very true to his character. He believes that a clean slate is the best thing that could have happened to Bruce, and he’s probably right. Even if it won’t last, of course, he still has a clear point.

When Diana talks to Bruce, the scene goes out of its way to show that this is the complete and total opposite of the Bruce Wayne we knew. To be honest, I couldn’t tell if this was supposed to be for comedic effect or if we were meant to read the scene as straight.

Once things shift to Gordon, the series jumps right back into the problems it’s had since the revamp. I’m starting to wonder if maybe Gordon is the only character that the creative team here really doesn’t get. Visually, he’s still off and not really recognizable as James Gordon. More than that, except for a few brief moments of talk about his devotion to the city, it doesn’t feel like there’s a strong understanding of his character.

Things will at least be taking an interesting turn as Gordon’s Batman embarks on his first team-up with the Justice League. Hopefully this goes well. There’s a lot of story potential here. It has an opportunity to be great, this fish out of water kind of tale, if you know who Gordon is and how he operates. If not, it could easily fail. I’m hoping for the best. There were moments here where he did sound like Gordon, especially at the ball game. But this team-up will definitely be a trial for both the creative team and our new mecha-Batman as well.