“It was the right thing to do.”

For those who have been following the production of Batman v. Superman: Dawn of Justice, you know it took a while for the film to set a permanent release date. In one alternate reality (Earth 3?), we’d be experiencing the film slowing down at the box office, since Warner Bros. initially set a July 17, 2015 release date. The date then got pushed back 10 months, set for a May 6, 2016 release date. At the time, Marvel already called ‘dibs’, making that weekend Batman v Superman v Captain America (we all know who’d win). Finally, after a bit of a superhero stare down, we got the March 25 release we have all now marked on our calendars. The shuffle started to get humorous, but raised concerns to die-hard fans on what’s happening behind the scenes.

The uncertainty has since died down, and Warner Bros. CEO Kevin Tsujihara is singing the film’s praises. He told The Hollywood Reporter it was the right thing to do. 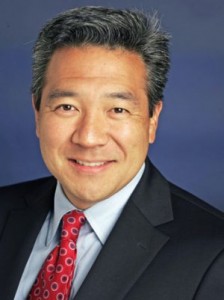 “It was a tough decision at the time because it was going to create a hole in 2015. But it was absolutely the right decision for the franchise, for DC and the movie. Having seen the movie multiple times, and again last night, I’m extremely confident it was the right decision to make the movie better. And it’s so important for the studio to get the foundation right on DC.”