Fan films are a great part of pop culture. They represent the pure essence of passion, creativeness, art, and expression.While some have a bigger budget than others, they all serve their purpose in their own unique way. If you’re a Nightwing fan, then Brady Roberts has you covered. Mr. Roberts is a professional Wrestler/ Actor who has graced the screen to share his own unique persona of Nightwing. In 2014, I was lucky enough to cross paths with Mr. Roberts and he exclusively talked with our partner site about his first Nightwing series, Prodigal. You can find it here.

Brady Roberts is back with his crew for a whole sequel called, Nightwing: The Darkest Knight and it promises to be everything we experienced last year plus more (we have the exciting trailer for you too). For this exciting adventure the crew placed a campaign on Kickstarter.com raising funds to help create a bigger and better experience for fans. They hit and exceeded their milestone. Given the quality of their first series, it wasn’t a surprise. 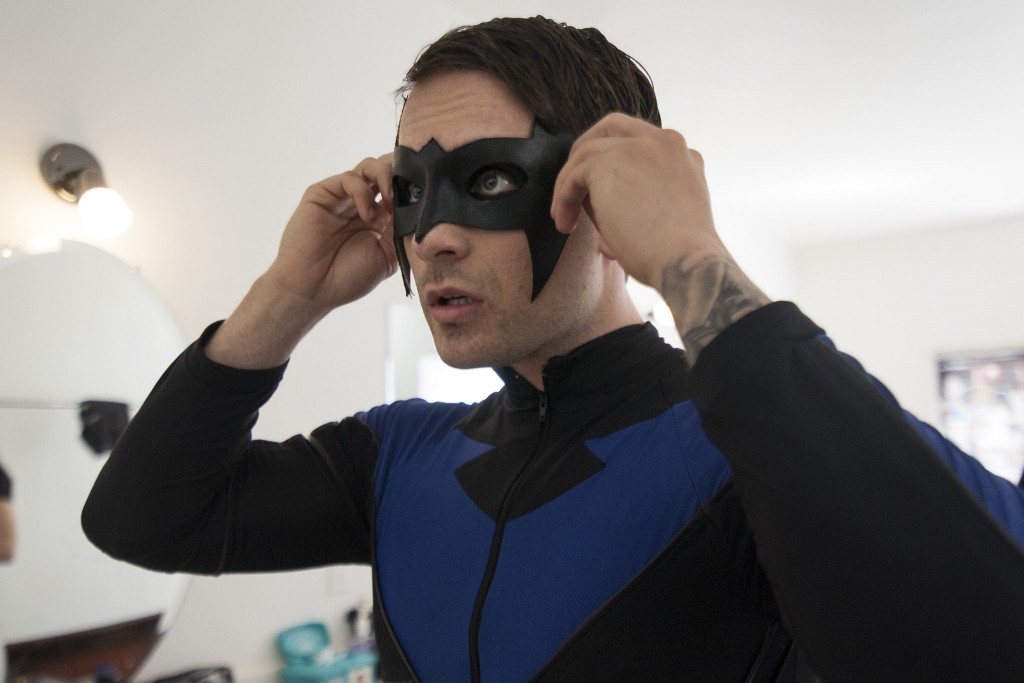 I caught up with Mr. Roberts once again to discuss the upcoming film, we hope you enjoy the interview.

(DKN)1. Brady, thanks for talking to us again! Last time we spoke, you were launching the original Nightwing short film. You now have an exciting new project being the sequel, can you share with us how it came about?

Brady Roberts (BR) Thanks for having me back, dude- Nightwing: Prodigal was a big hit online, and I knew we had to complete that story. We’ve got a new team, our director Matthew Campbell is incredible, and our new executive producer Matt Hall. We make a great trio. We started working on this project in February and began shooting in May. We will have completed filming by the beginning of September and into post-production. It looks incredible, far above anything you’ve seen from this series ever before.

2. Nightwing: The Darkest Knight, what inspired you to continue the story? Have you felt a sense of pressure to deliver something unique, considering sequels on the big/small screen historically have not always lived up to their predecessors?

Brady Roberts (BR) I think you have to always move forward. Every project has to get bigger and better. And without giving anything away, this sequel is so ambitious in not just its scope and stunts, but in its story. We are going places they’ve never gone before in the books. There are most definitely sequels that exist that are better than their predecessors The Dark Knight, Godfather II, Star Wars 5, and more. This is a Nightwing story you’ve never seen before, and you will see a side of him you’ve never imagined.

3. You’ve launched the film on the popular crowd-sourcing site, Kickstarter! Can you explain to our fans how this works and why you’ve done it?!

Brady Roberts (BR) Yes, we just completed a successful crowd-funding campaign! This is a fan film and we do not profit in any way, this was just to cover some of the costs of making this volunteer film. 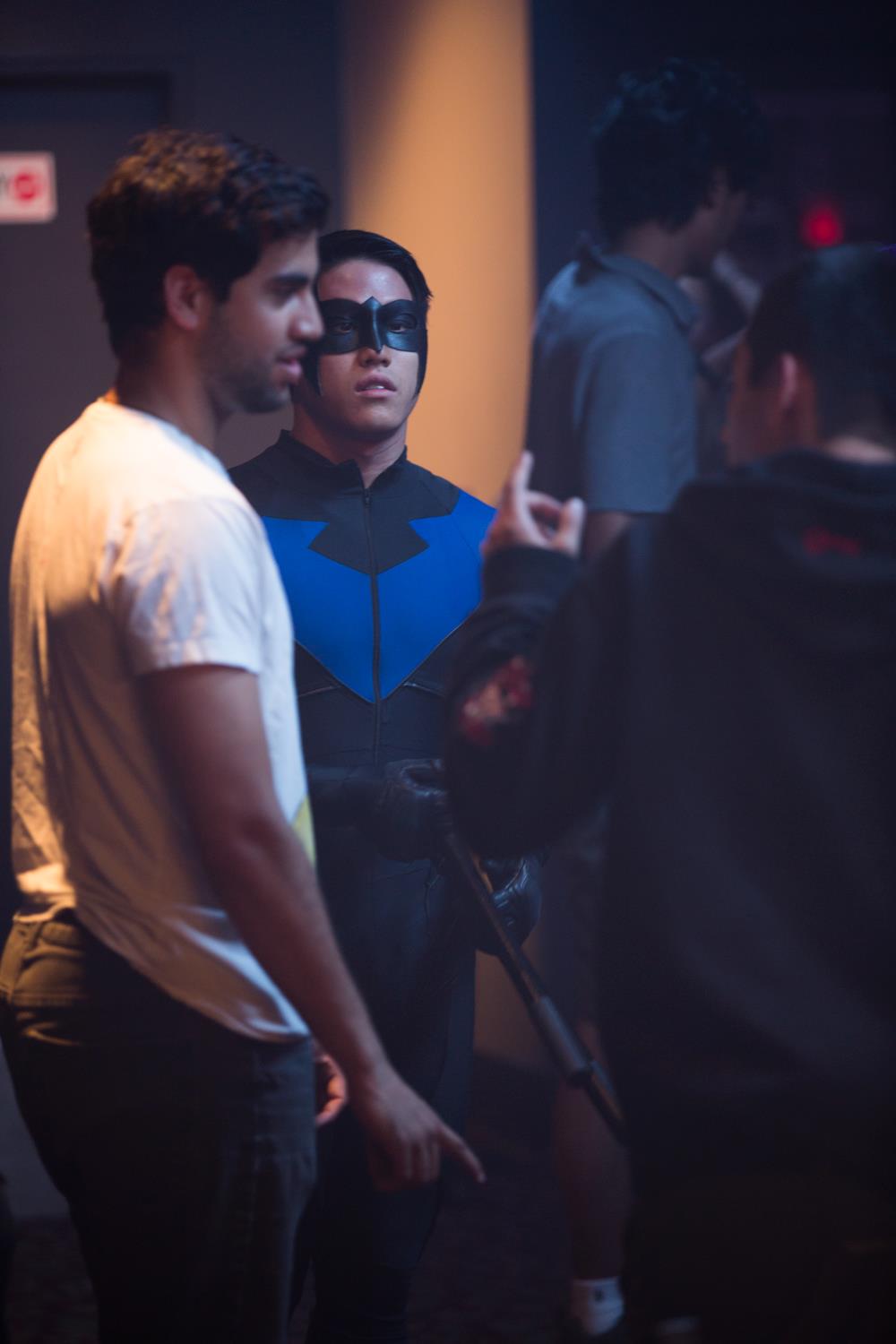 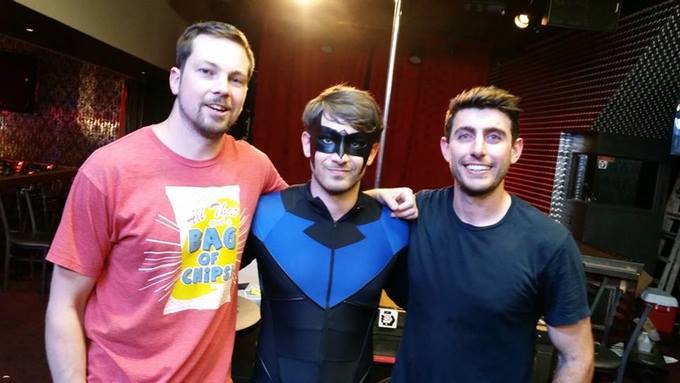 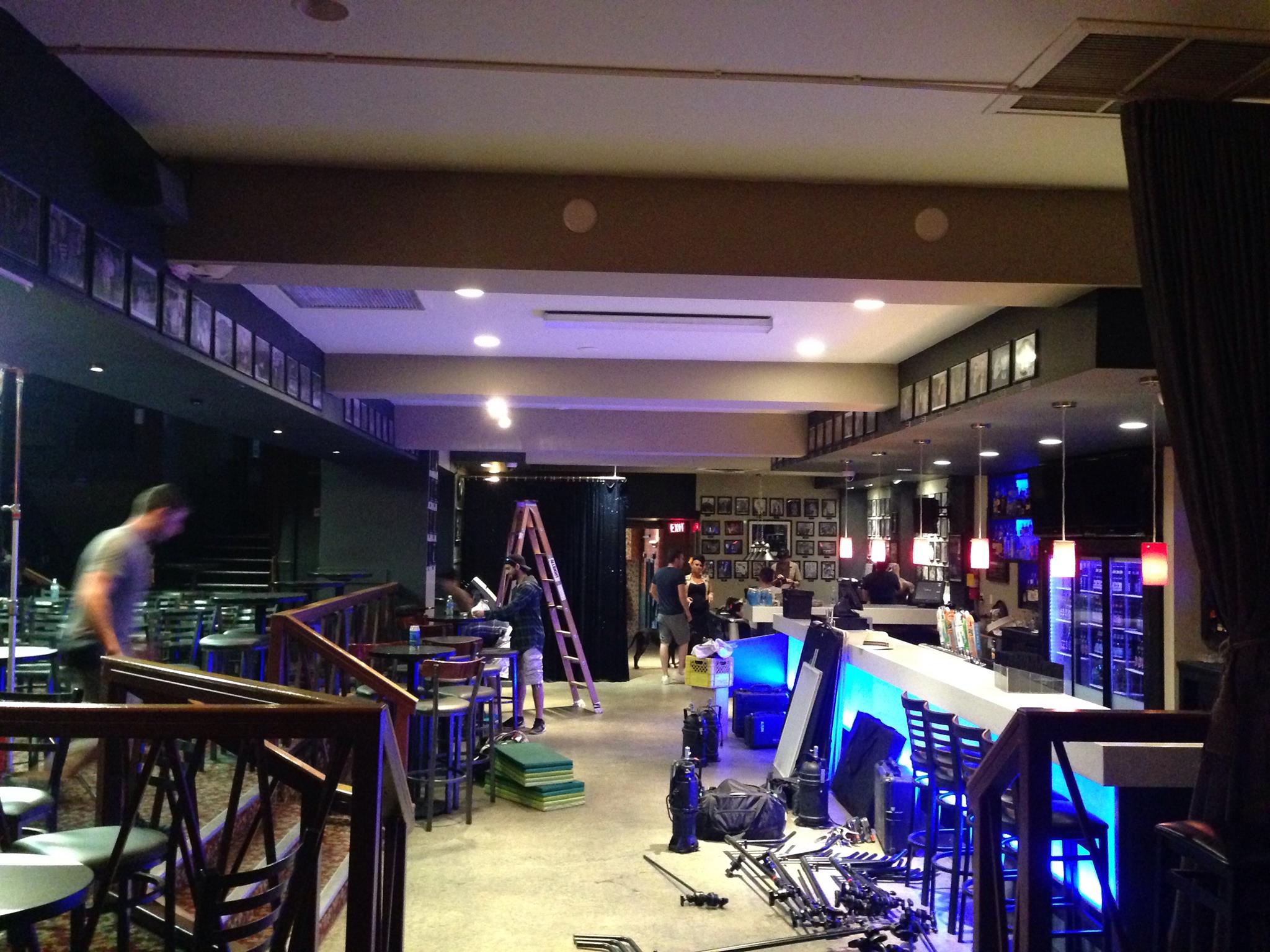 Back on the Set! 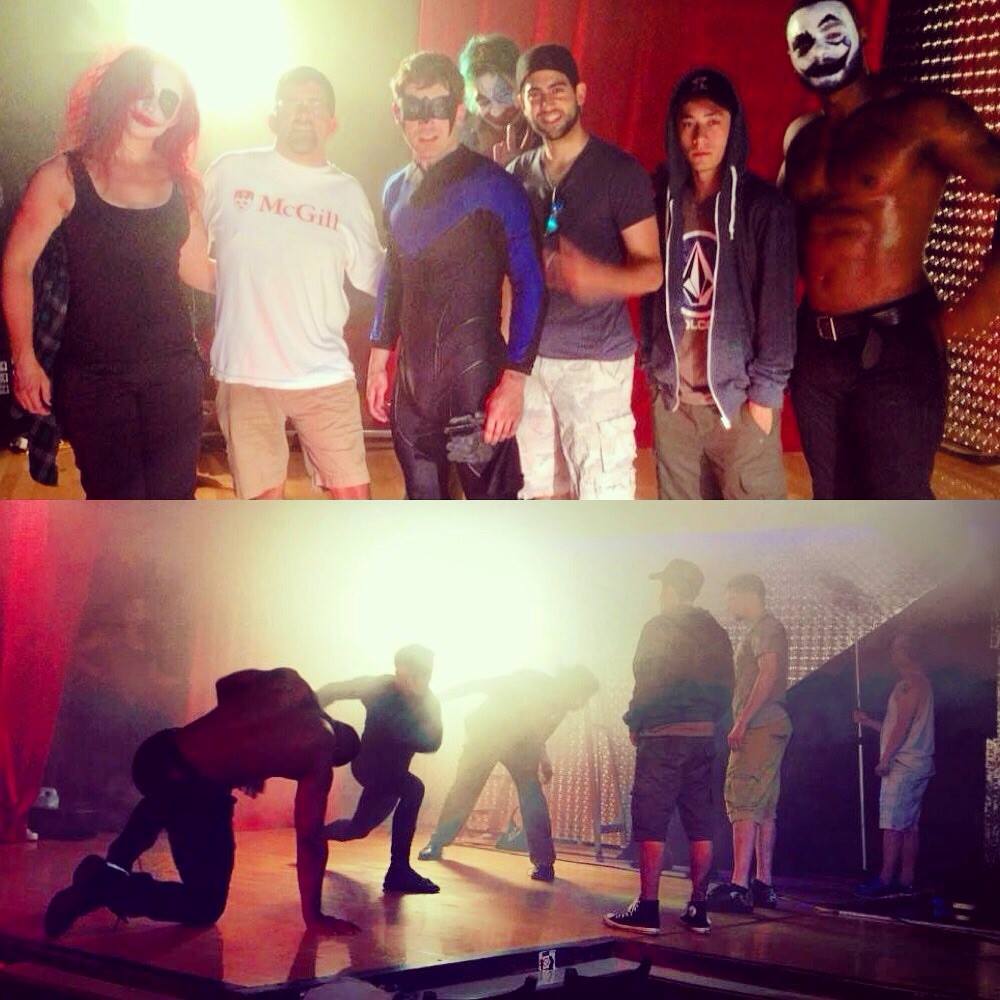 The Stunt team get together for an epic scene

4. What’s different this time round with producing the sequel? And with that, have you been able to draw on your experiences from Prodigal to solve new challenges?

Brady Roberts (BR) Every project is a huge learning experience. Producing something of this scope is a full time job- luckily, I’ve got Matt and Matt (among others!) on this team to share the workload and bring something special to the fans. We ran into lots of roadblocks on Prodigal, you always do on indie film projects, it’s how you react to them that matters. Problem-solving is a great skill.

5. You’re so good as Nightwing. In Batman’s world, he is the Dark Knight’s right hand man. In this universe you’ve created, he stands his own ground. How has the character evolved?

Brady Roberts (BR) Thank you! The evolution of Nightwing is the core of this whole story, Prodigal and The Darkest Knight. Seeing him return to Gotham and hold down the fort with Batman missing, we see him even from episode 1 to 4, grow up a bit. He’s far more serious in that fourth episode, when he realizes Theresa isn’t who she said she was, and how serious all of this is. This sequel takes it a step further as we start to unravel this whole mystery and really get some answers.

6. The sneak peek on Kickstarter looks brilliant. We see some iconic villains in Deathstroke and a member of the court of Owls, what can you share with us about how they fit in?

Brady Roberts (BR) Last time we saw Deathstroke (Episode 4), he was working for the Owls as a hired mercenary. Deathstroke is such a cool character, played by Brian Milne (also our costume designer!), and is always going to be a part of this world. The Owls are our main villains. They are our Illuminati, our Galactic Empire, our HYDRA, and they’re nearly impossible to defeat. I love that idea. The Owls play a huge part in the sequel, whether they are seen or not.

7. Would there be room for a 3rd instalment? Has it been discussed?

Brady Roberts (BR) I don’t want to think too much about a 3rd instalment until we are done with this huge undertaking, but I will say this – I think there is absolutely room for this story to continue, and there is a specific story I’d love to tell in the aftermath of Nightwing: The Darkest Knight. I think as long as the fans continue to support us, we will make time in our crazy schedules because we love Nightwing, we love the Batman universe, and this is a thrill ride for us. The team we have on this sequel is incredible- I could work with them every day for the rest of my life, they are a blast. So let’s focus on making this the best one ever, and then we can chat about another instalment next year.

Dark Knight News would like to thank Mr. Roberts for his time, we wish him and the crew all the best in the future.

Kevin Conroy is Up for Doing a Justice League Video Game