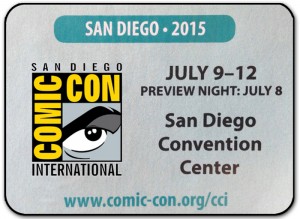 The San Diego Comic-Con is this week! At the SDCC, exciting news about all your favorite comic-related cartoons, movies, and other media will be showcased for all to see. WB’s already announced what to expect from their panel this year via Business Wire and it’s looking mighty strong. On Saturday, July 11th, you can expect to see a panel for Batman V. Superman: Dawn of Justice, with main stars Henry Cavill and Ben Affleck in attendance. Joining them will be Amy Adams, Jesse Eisenberg, Jeremy Irons, Holly Hunter, and Gal Gadot. But don’t think this is the only star studded panel they have. They have a few more surprises to share.

Following that will be the panel showcasing Pan, the upcoming Peter Pan film. Stars Hugh Jackman, Garett Hedlund, and the star of the film, Levi Miller. Director Joe Wright will also be in attendance. Following this, Henry Cavill will pop up again to talk about the upcoming “The Man From U.N.C.L.E” film adaptation that he’s also starring in along with Armie Hammer, Alicia Vikander and Elizabeth Debicki.

So what do you think of WB’s line-up? Strong? Weak? Let’s see if they have any surprises in store this saturday. SDCC kicks off in three days, on July 9th.