Adrian Brody as “The Joker” 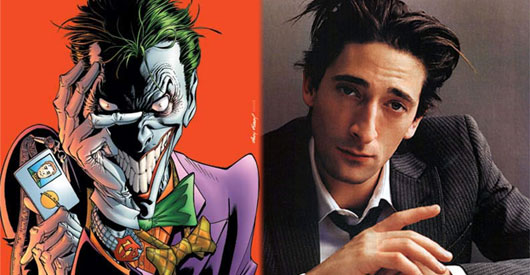 Can you dig it? Hmm… interesting. Apparently the 41-year-old actor was considered to play the iconic villain in The Dark Knight a few years back, which ultimately (and thankfully) went to Heath Ledger.

The reason this is making headlines now is because the actor brought it up to Metro at the Cannes Film Festival this week.

“I would do it if I feel I can contribute something valuable and that the role would be interesting to me because they’re long journeys. To me, the villains are way fun! But they don’t offer me those roles. If there is an opportunity to do something like that and play a comic book hero or villain, that’s not something I’m fundamentally opposed to.”

Brody is a decent actor and look-wise, I can see it. However, lately when has looks been the main decision behind casting for superhero flicks these days? And especially for The Joker?

I wouldn’t look into this too deeply. With the Batman v Superman title released today, on top of the Batfleck picture and more talk about Justice League… this is just another “something” being made out of “nothing.”

Come on, why so serious? 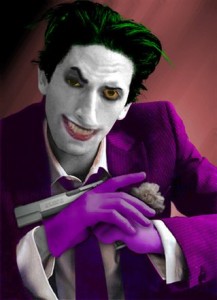