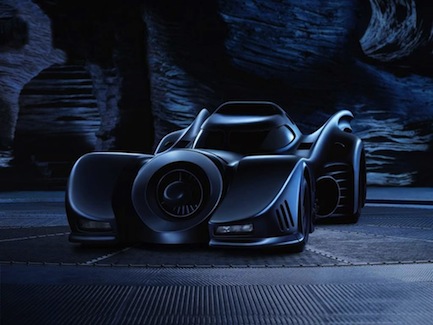 During a Warner Brothers “Meet the Family” event, a W.B. official responded to an inquiry regarding the new Batman vs. Superman Batmobile.  Cassandra Salapatas-Metz, Assistant Director of Transportation for W.B., states that the film’s Batmobile is complete, but the vehicle cannot yet be officially revealed. Future plans for the supercar and its role in the upcoming potential blockbuster are “under wraps.”

Salapatas-Metz also responded to a question regarding whether or not the new Batmobile would make an appearance at Comic-Con 2014, and she said (near the 1:16:40 mark of the video):

Well, I’m not at liberty to say, but I think you might have a point there. But I think.. let’s put it this way, it’s been spoken of.. so always possible. We’re at the ready, us teamsters.. we’re ready to roll if need be.

Since the Batmobile is indeed ready to roll, how much time will elapse before the fans and general public will be able to view the new Bat-car with ravenous eyes and fluttering hearts?  Will Batman’s latest vehicular incarnation be accessible at Comic-Con 2014?  According to Zack Snyder, Batman vs. Superman should begin filming circa April 2014; how soon after this may the world see the Bat’s newest ride?