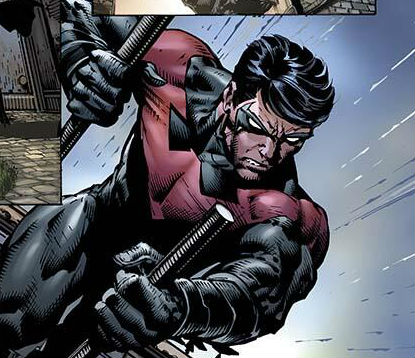 Check out what’s happening with DC Entertainment. Click the jump to see more.

Batgirl continues to be hunted by Comm. James Gordon. Gail Simone can’t really talk too much about Batgirl in this panel, so we’ll probably find out more later about the character. However, a fan asked about if whether or not Simone will approach real-life issues of transgender characters in Batgirl and The Movement. According to Gail Simone, she will be diving into those issues along with revealing Barbara’s recovering from being paralyzed. As for when this will happen? Down the line, but at this point, after two years of waiting for this answer and being slightly disappointed a few times by this reveal. The real question you can ask yourself is “Do I care to know at this point?”

Tom Taylor has been doing a swell job at writing the digital comic, Injustice: Gods Among Us. The print copies of this title has sold out many times in the last few months. There will be an Injustice: Gods Among Us Annual to be released in November. The annual will feature Harley Quinn and Lobo. To my knowledge, this is the first time I’ve actually see a digital annual. It might be released as a printed copy, instead of a digital but it would be kind of interesting to see it as a digital release before a printed copy.

Check out the sneak peek page of Forever Evil featuring Dick Grayson, who may or may not die! We’ll see in September. See below.