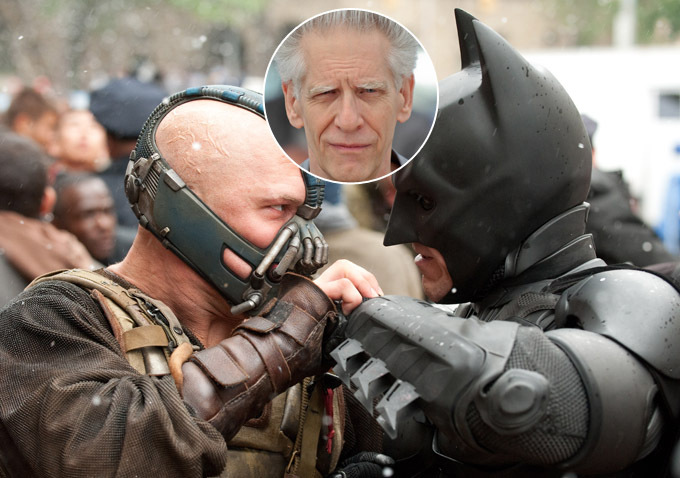 A while back David Cronenberg talked some smack on the Dark Knight which caused quite a stir among the Nolan Fan Community. However it turns out David was just misqouted and while he still didn’t ahve high praise for the  films he did clarify what he meant.

No, I haven’t seen [‘The Dark Knight Rises‘]. See, this is how it all gets distorted. The question was asked, to me. And, of course, when they quote me, they never quote themselves or the question that provoked the response,” Cronenberg explained. “I was asked, then the journalist woman said, ‘By the way, superhero comic book movies have shown to rise to the highest level of cinematic art – would you be interested in doing one?’ And I said, ‘Wait, who said they have risen to the highest level of cinematic art?’ That’s when I started my little rant. I was really responding to that.

Tags:Banebatmandavidcronenbergtdktdkr
share on: FacebookTwitter Tumblr
previous article
GREGG HURWITZ ON MAD HATTER
next article
Joseph Gordon-Levitt Up For Star-Lord Role In GUARDIANS OF THE GALAXY?