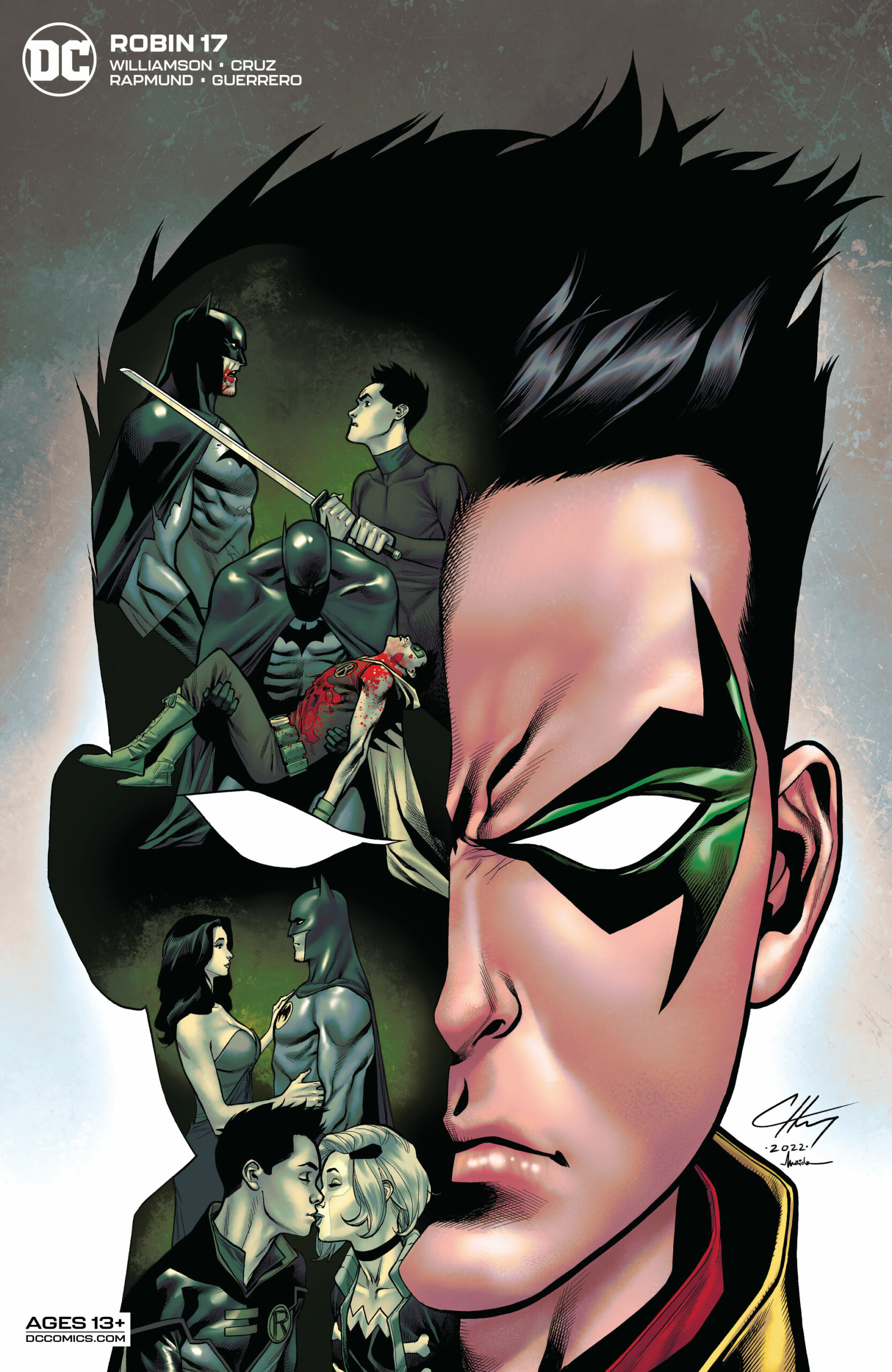 Damian!!! How nice to see you. We left you on such an… interesting note last time. Horrifying, but interesting. I couldn’t tell you what this will lead into in Robin #17, but I can’t wait to dive in.

Love This For You

Joshua Williamson starts out strong in this issue, though I’d expect nothing less from him at this point. Everything has to be so dramatic; the characters, the plotline, the settings. Honestly, if you’re not reading this series you’re missing out. So much has happened in 17 issues than I can even remember. 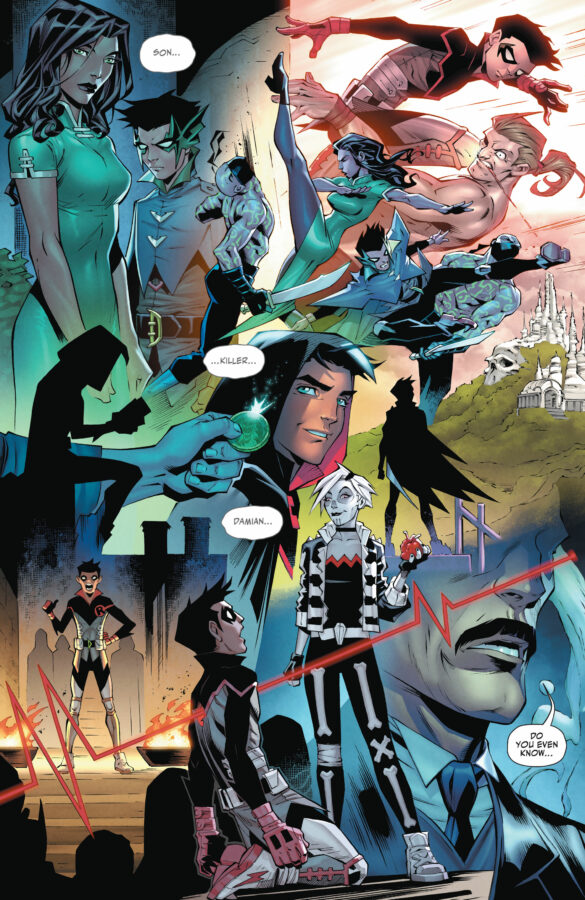 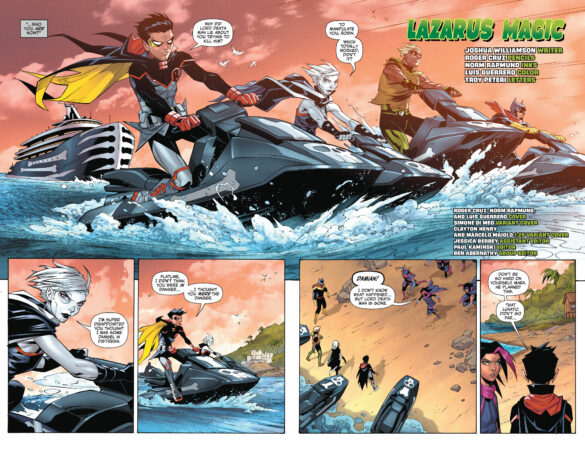 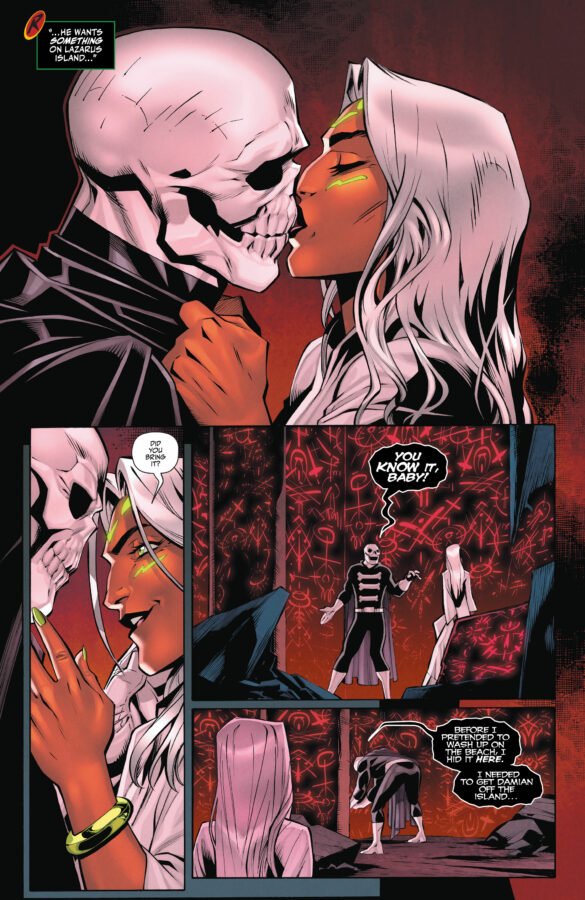 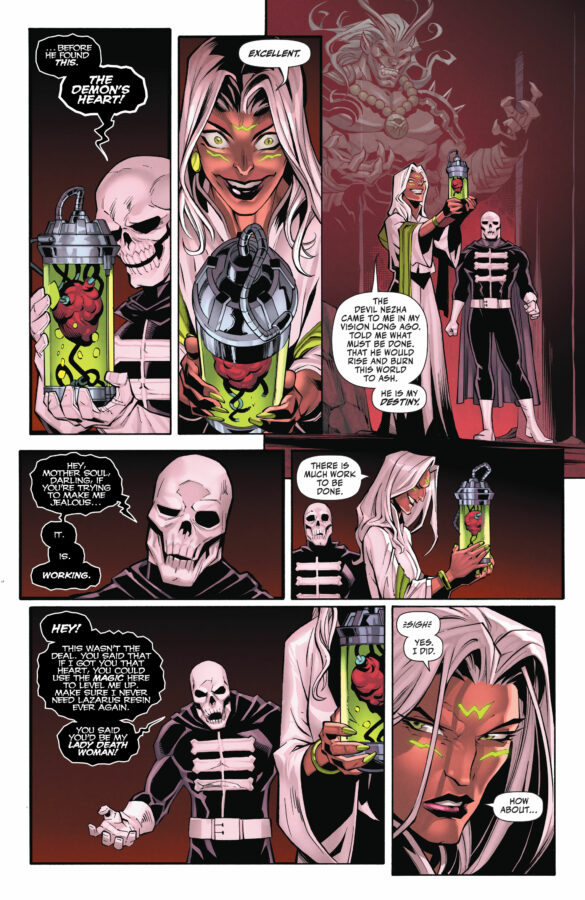 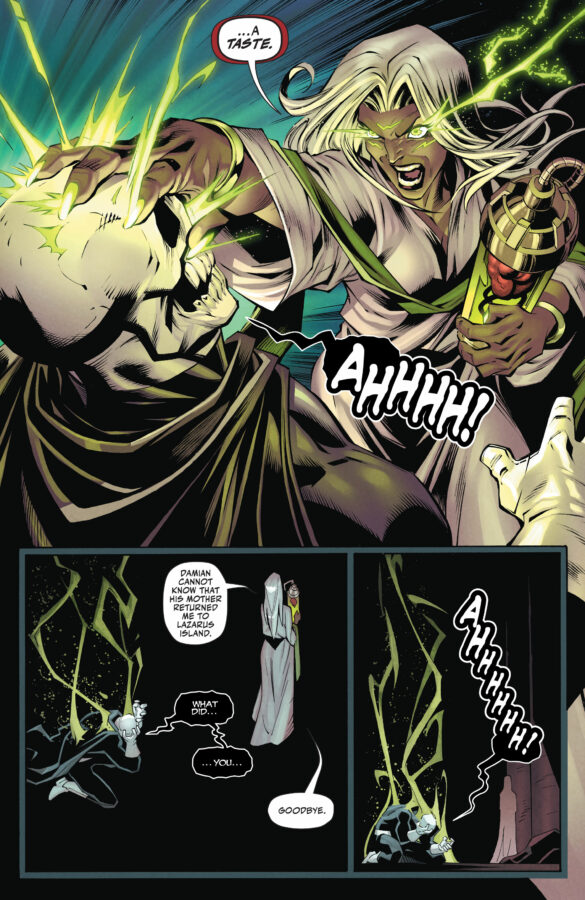 The biggest thing’s that I like Damian as a character now, when I didn’t beforehand. Williamson has turned this series from being a murder island series into something special. He has a place now, a family, friends and a somewhat stable looking future? I know, it seems like a lot, however it’s a Batboy… so there’s still time for it all to come crumbling down!

The writing in Robin #17 is snappy and witty, as always. Joshua really seems to go above and beyond with his dialogue. This series is very character based, you can tell the difference between protagonists, even if they’re not in the scene and off to the side. You know who’s talking before you see them, that is how distinctive Williamson’s writing is.

The artistic stylings of Roger Cruz and Norm Rapmund are back and it’s lovely to see. No… really. I love the art in this issue so much. We love a good montage, and that is what we get a little of because Norm and Roger work so well together. We’re most certainly not forgetting the amazing color workings of Luis Guerrero, who just adds so much depth to the pages. The sunny beach scenes were fantastic and I felt so warm and content reading them, much like the looks on everyone’s faces! 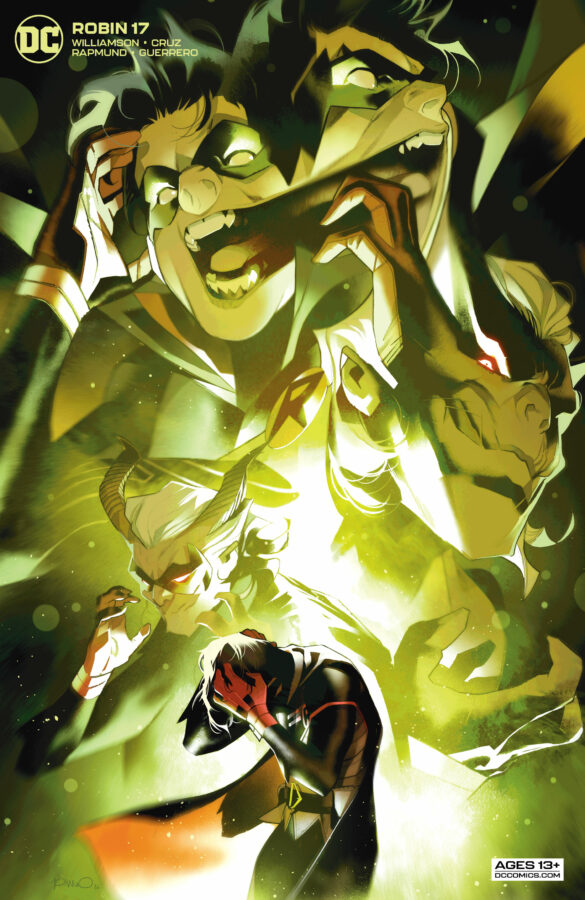 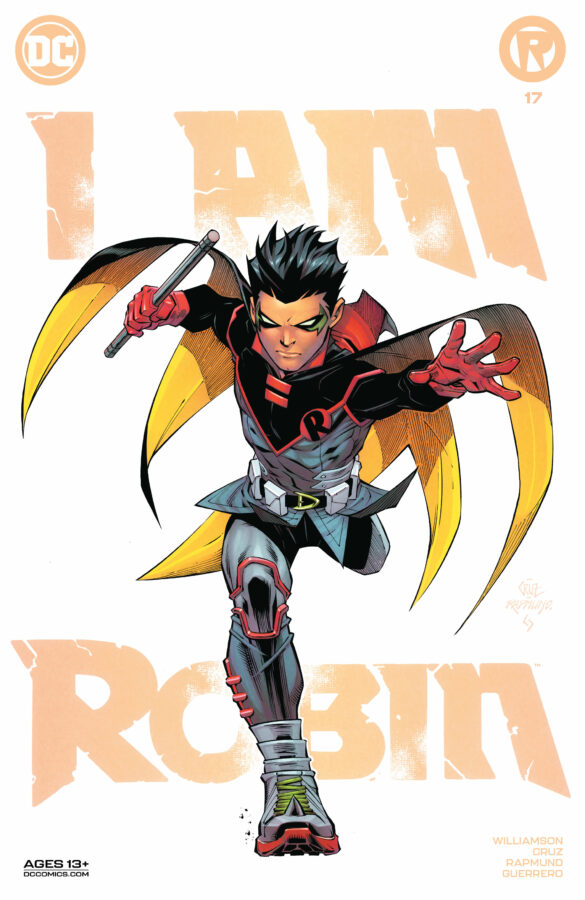 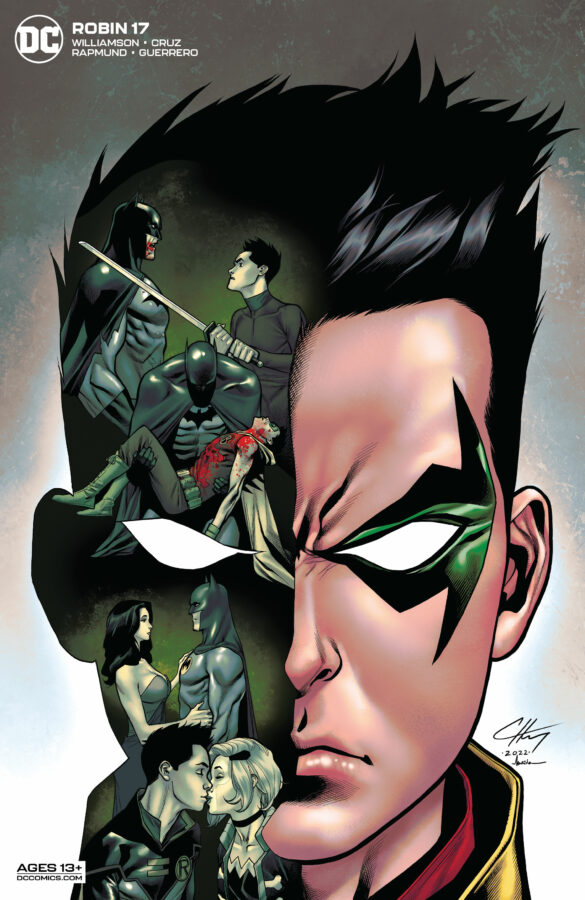 Damian, I love seeing you go in a better direction. There’s nothing better than seeing a character grow before your eyes. Williamson’s done such an impressive job with that. I genuinely love the writing, the art and the general development of all these characters.

Book Review: I Am Batman Vol. 1