David Ayer, the director of Suicide Squad (2016), has been revealing lots more about his movie, including Harley’s original costume design, and has released a very different look at Leto’s Joker. Well, ‘costume’ is a bit of a strong word. This has all come about after multiple fans claimed that they want an Ayer Cut of Suicide Squad since the Justice League: The Snyder Cut did so well compared to its original version. 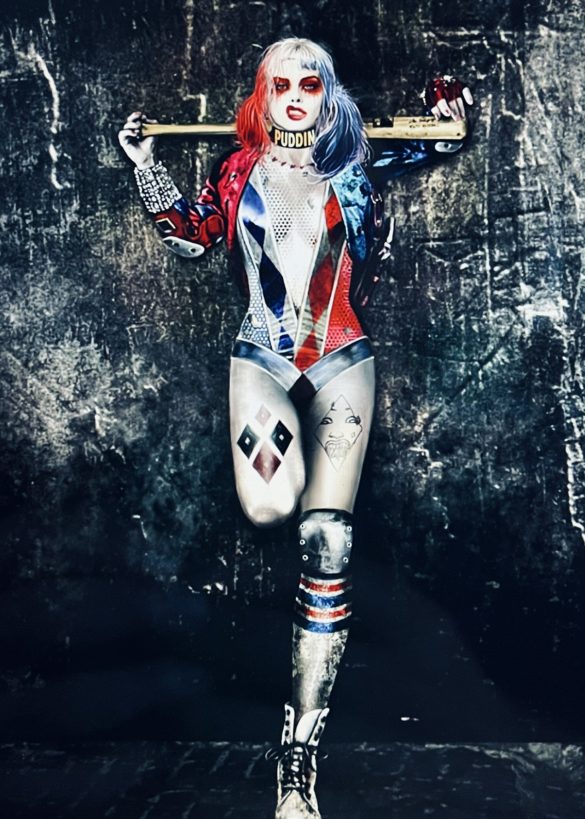 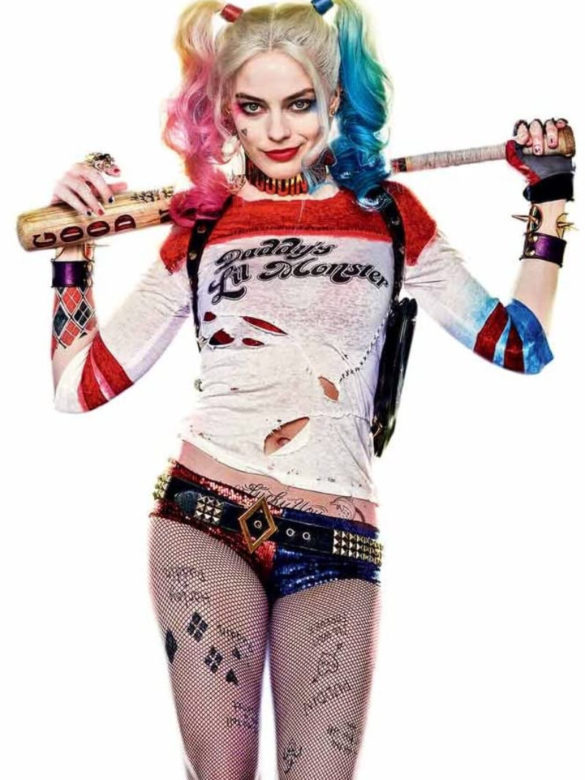 Margot Robbie’s Harley Quinn has multiple costume changes throughout the film, each more revealing than the last, however, the original design is something else. While the thigh tattoos aren’t the worst out there, the scraps of cloth ‘costume’ is definitely something that I’m glad they changed. Especially when Robbie was already uncomfortable in the skimpy version of Harley’s costume they ended up going with.

There are several similarities between the two designs however, apart from the blue and pink they both support. They both feature a single glove, a ‘Puddin’ collar, and her two-toned hair in pigtails. The original concept design is also a lot more punk and chaos than what we eventually got. 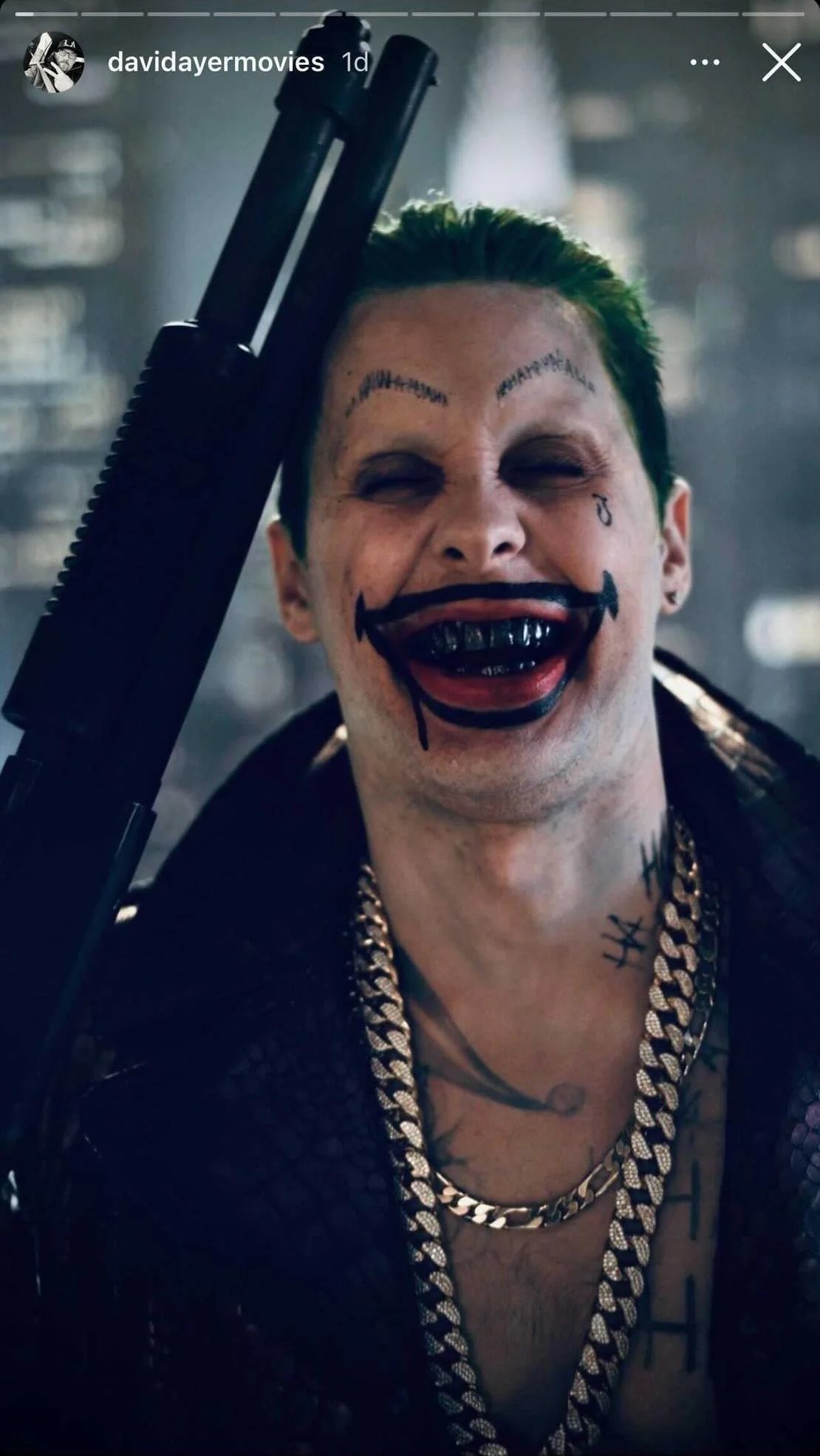 We have also been ‘gifted’ with another look at Jared Leto’s Joker… one with eyebrows, written with “HAHAHA” in place of hair and far too high up his forehead, it’s a bit of a unique change.

Similar to that one scene in the film, featuring the knives, he also has a smile painted around his mouth in black, with a drool line going down his chin.

Personally, I don’t like looking at it, but here it is, in all its gory… no, that’s not a typo.

What do you think of these designs, and the potential of ever seeing a David Ayer Cut of Suicide Squad? Please let us know your thoughts.