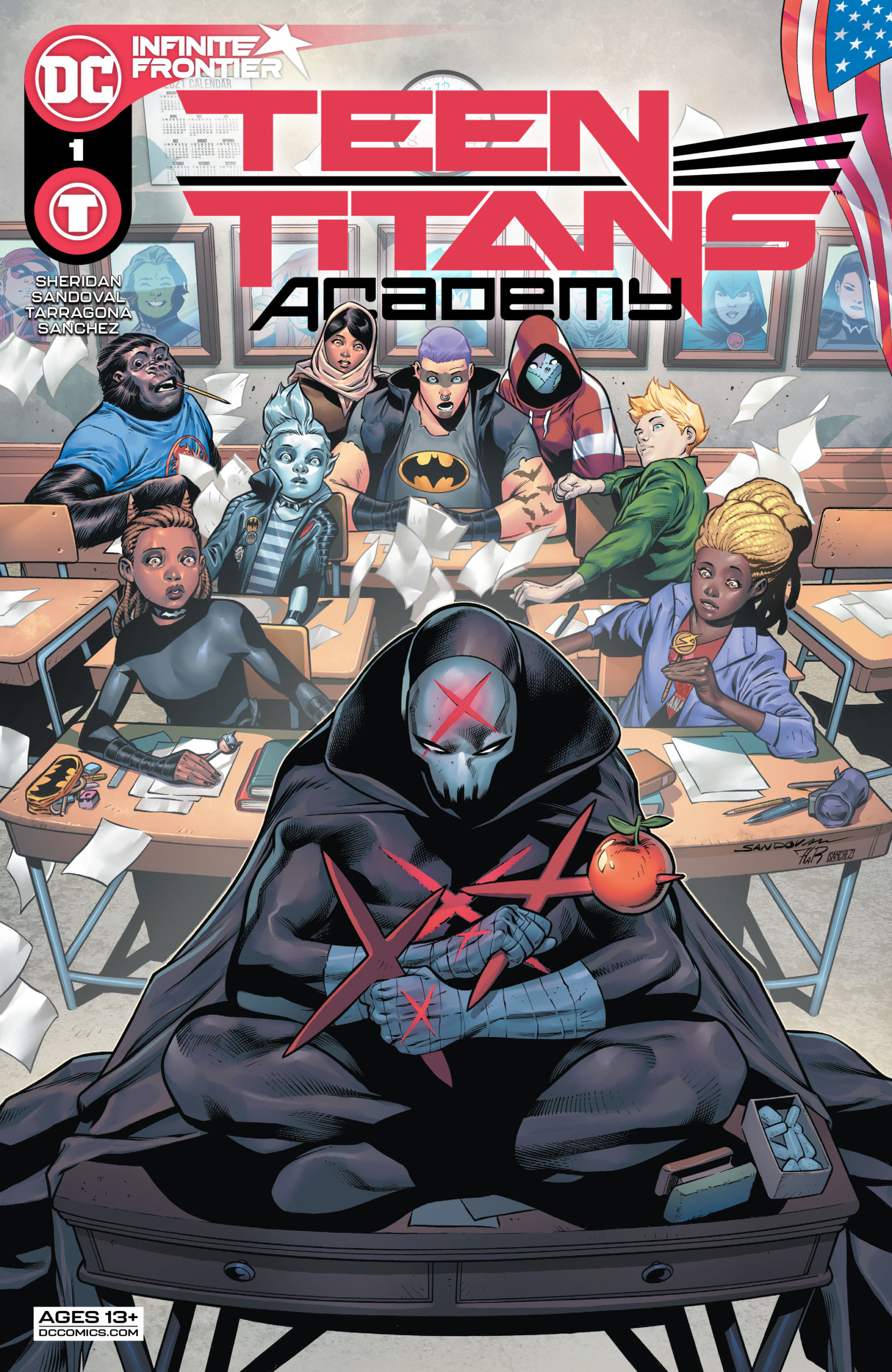 Pay attention people, class is in session. Welcome to Teen Titans Academy #1, the new home to the young and gifted superheroes of tomorrow.

Packed with both new super-powered teens, and numerous dark secrets, Teen Titans Academy’s student body includes Shazam, a new Australian speedster, a trio of Goth(am) teen expatriates obsessed with Batman; and one member of this first class will become the deadly Red X.

Original New Teen Titans including Nightwing, Starfire, Raven, Cyborg and Beast Boy, take on the role of teachers and mentors for these superpowered teens. Their goal: to shape the next generation of heroes.

Following his success with Teen Titans Future State, Tim Sheridan is back writing a new series, and he’s off to a cracking start. It’s the first day of school, so I wasn’t expecting much, but meeting new Teen Titans, all looking to learn from the old hands, was done in a smart way, and gave readers little snippets of multiple new characters, rather than just taking a deep dive into each individual character.

We have a very interesting group of youngsters, all of whom I’m excited to learn more about. Some of them seem destined for good, while others appear to be hiding some dark thoughts. I feel in good hands with Tim Sheridan, as I think he’ll be able to develop this series. 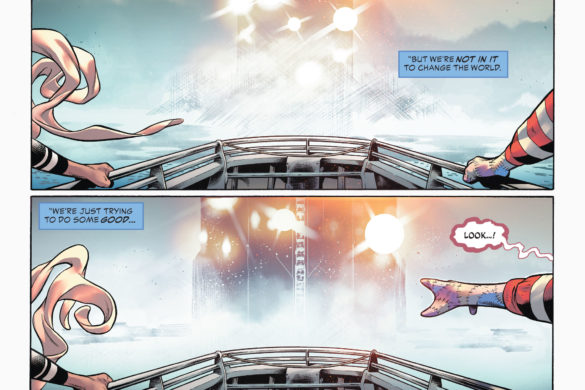 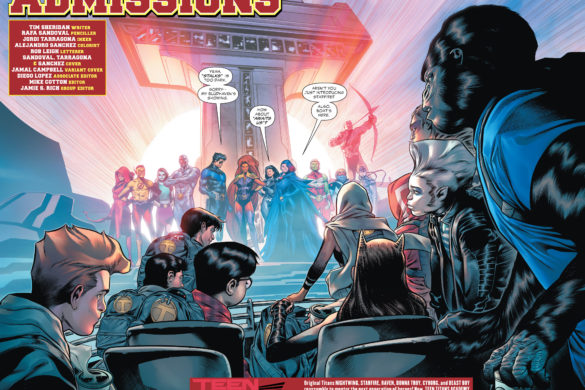 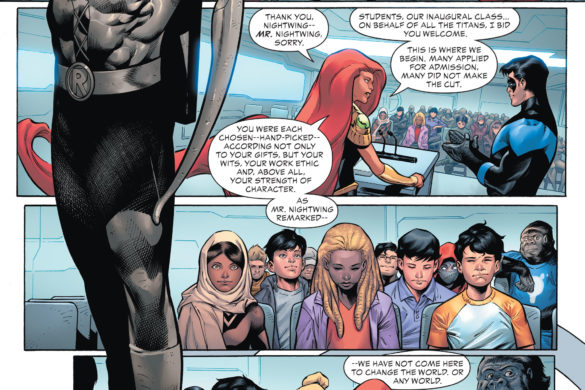 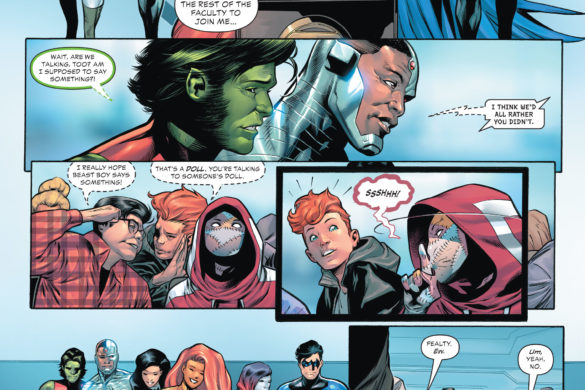 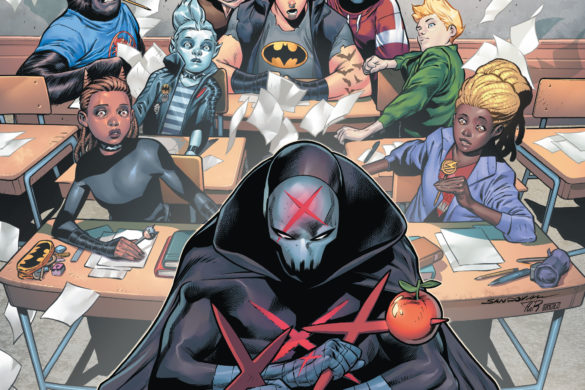 Being the first day at school, this is a very character driven issue, so I must give huge credit to the artistic team for creating so many new, and unique characters.

With all these personalities, and large amounts of dialogue, there’s still a page which really stood out for its action. The Teen Titans are doing battle with Clock King, on a huge two page splash, and it looks stunning. It’s a city backdrop, with 5 Titans all using their unique powers. This creates a bright and vibrant splash, which really breaks up the issue. It gives readers a break from the school room teaching.

Mad respect to Rob Leigh for exceptional lettering in a very word heavy issue. Rob manages to fit everything on the pages, and exactly where the reader needs them to be. I also like the green outline Beast Boy gets with his speech.

The first issue of a new series needs to bring something to encourage readers to come back for issue #2, and I feel that Teen Titans Academy #1 has done more than enough to ensure people continue reading this series. Fun new students alongside the Teen Titans and their teachers the Titans are a whole lot of Titans for your money. When you remember Red X will also be making an appearance at some point then you will be hooked.