“Hope At World’s End” – Chapter One 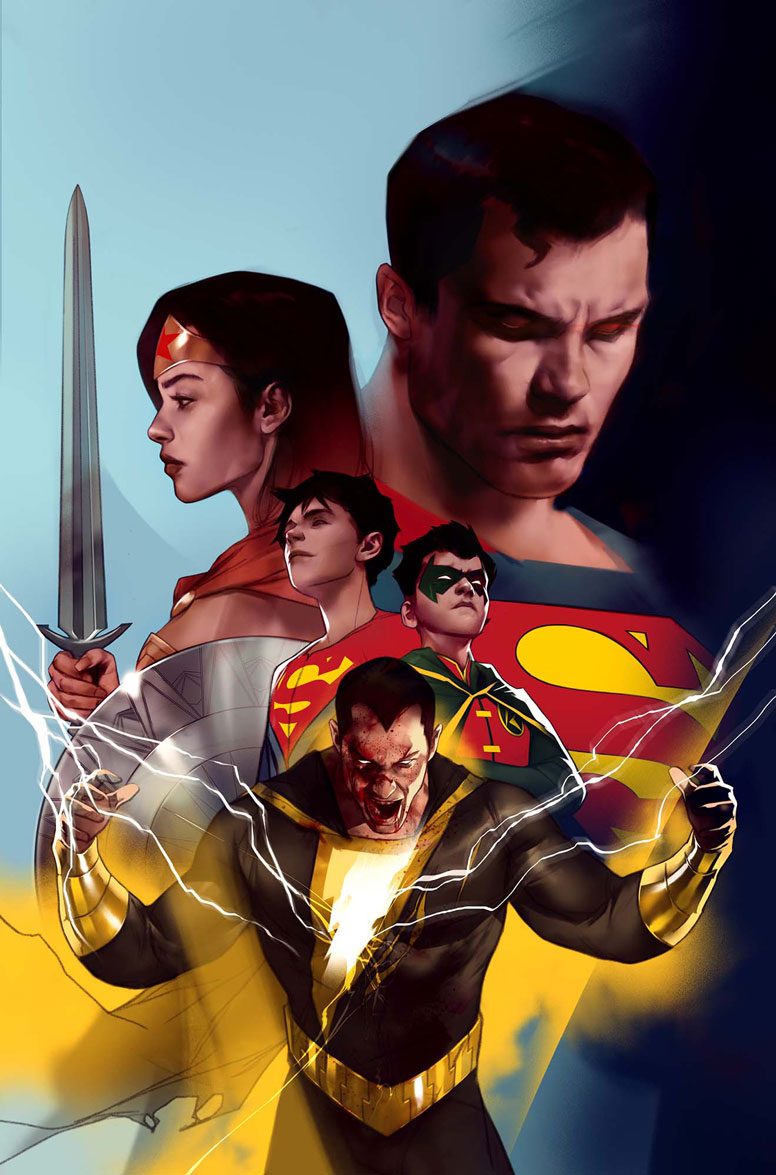 DCeased: Unkillables blew me away. I didn’t think that anything could live up to the terrific original run, but Tom Taylor is one of those writers that fans have total faith in… with good reason. When DCeased came out, most of us thought it was a one and done mini-series, but Taylor sowed seeds in his tale which more than left the doors wide open for sequels. Next came Unkillables, and now I’m happy to be reviewing the DCeased Digital First, Hope at World’s End #1.1.

Set firmly within DCeased continuity, specifically during the time jump in DCeased #5, this story focuses on characters we didn’t see in either the original run, nor Unkillables. Taylor has very cleverly already told two complete tales – which both stand alone and work together – while also leaving clues and connections which allow the universe to grow and develop. This fourteen chapter digital first series shows us exactly what happened at the Daily Planet, and lets us catch up with Perry White, Jimmy Olsen and the rest of Clark Kent’s professional family.

What we get is a brilliant look back at the early days of the anti-life contagion, through the eyes of the ordinary people of Metropolis. 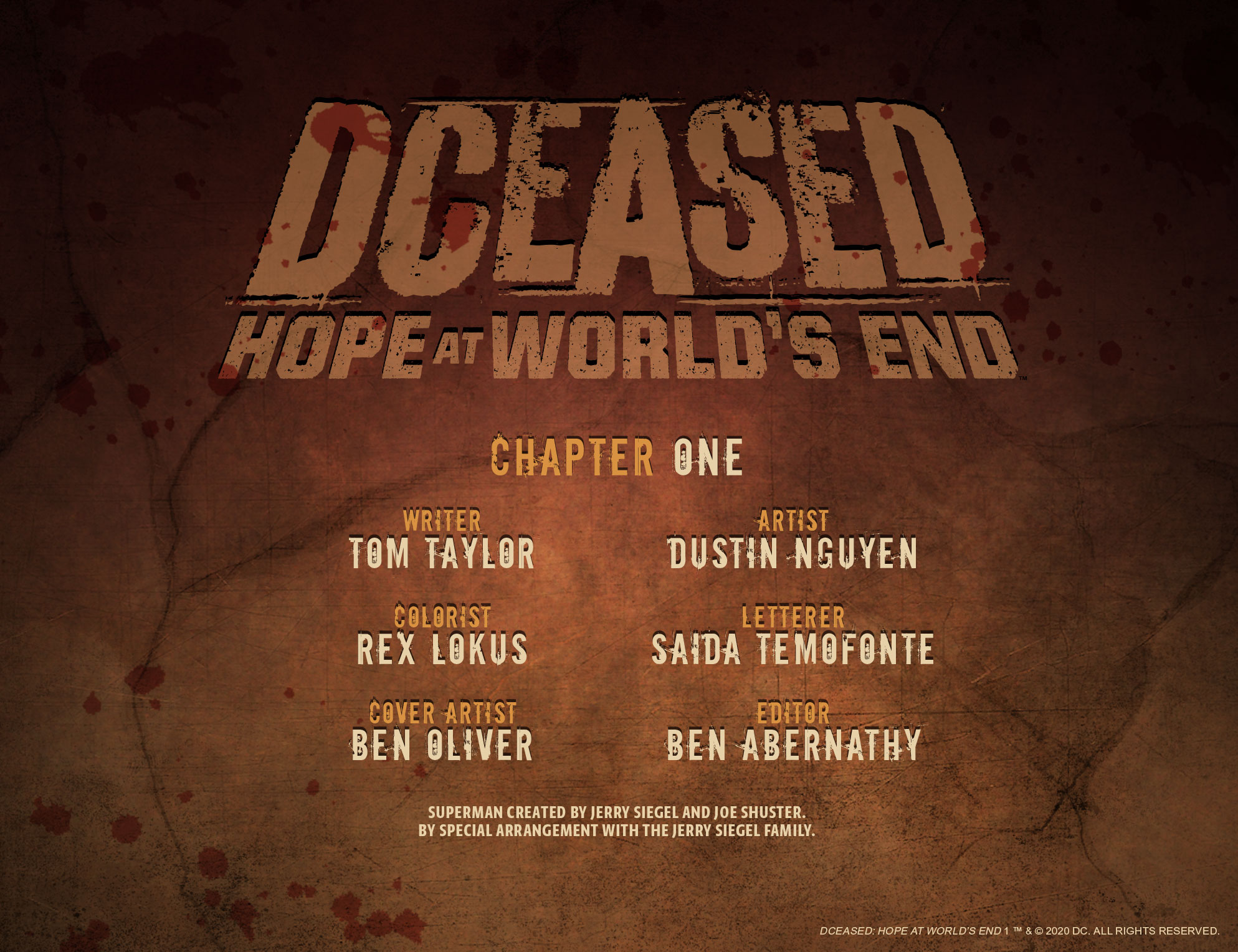 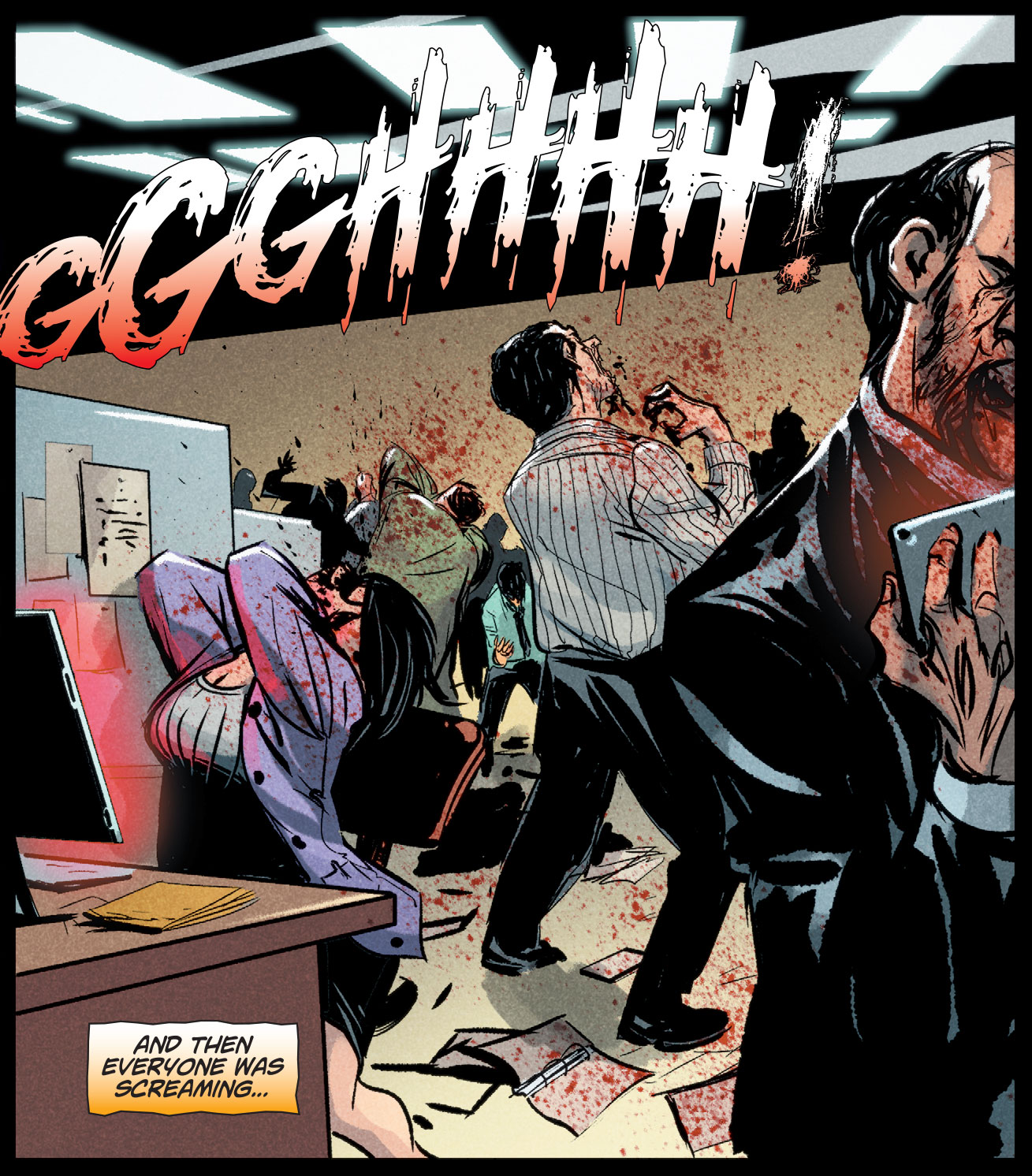 The DCeased books have always impressed, both with story and art. Hope at World’s End #1.1 is no exception. Dustin Nguyen is a DC Comics veteran with an impressive résumé, so I was overjoyed when I heard he’d be handling the art on this series. His style fits in beautifully with that of Trevor Hairsine, who drew the original DCeased. That’s clever and welcome, as these stories are set during that time period. His storytelling is sublime, his characters expressive and his action first rate.

Having DCeased veterans Rex Lokus and Saida Temofonte on color and lettering duties is also a hell of a coup. I’ve been raving about these two talented artists for months, and a glance at the preview images above will explain why.

Seeing characters you’ve loved for decades die is always harrowing, but despite the violence, horror and chaos, every issue of this set of stories has always ended leaving us with a sense of hope. Out of canon continuity books like this one allow for fresh and innovative storytelling: Batman and Superman can never die in their own mainstream books – at least not permanently – so seeing them perish in these tales really hits hard. DCeased: Hope at World’s End #1.1 is a very promising start to this digital series, and I look forward to reading more.