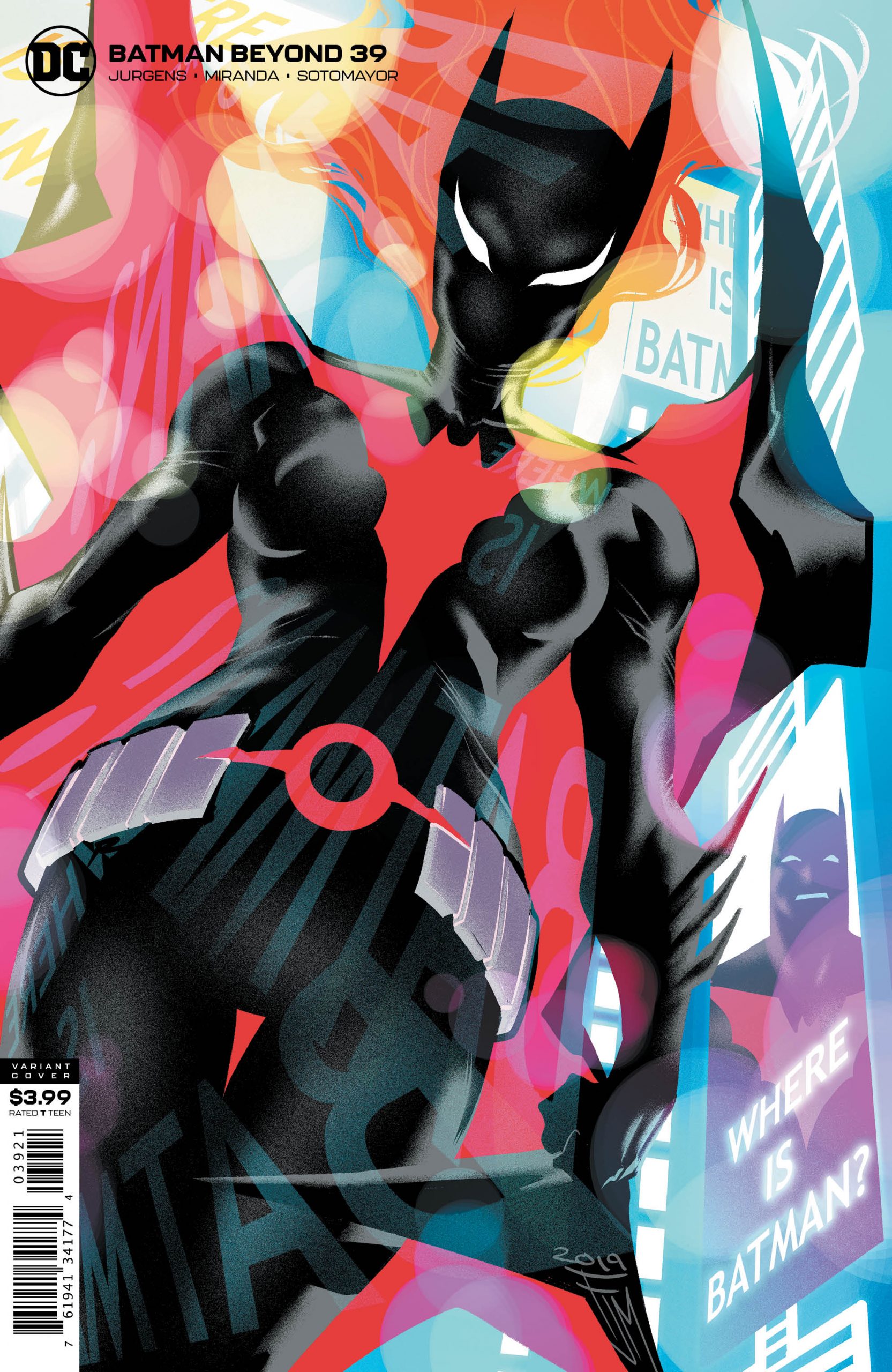 We’re at a fever pitch in Batman Beyond #39. The clash between Blight and Batwoman continues to rage on through the issue, dominating the action. It’s a roaring battle that makes for a great comics experience. The color commentary of Bruce and Matt make things all the more unclear in this trying time for the Bat family. As all this chaos ensues, we see Terry’s quest to reclaim his past take a truly unexpected turn, leaving readers wondering where everything will land. 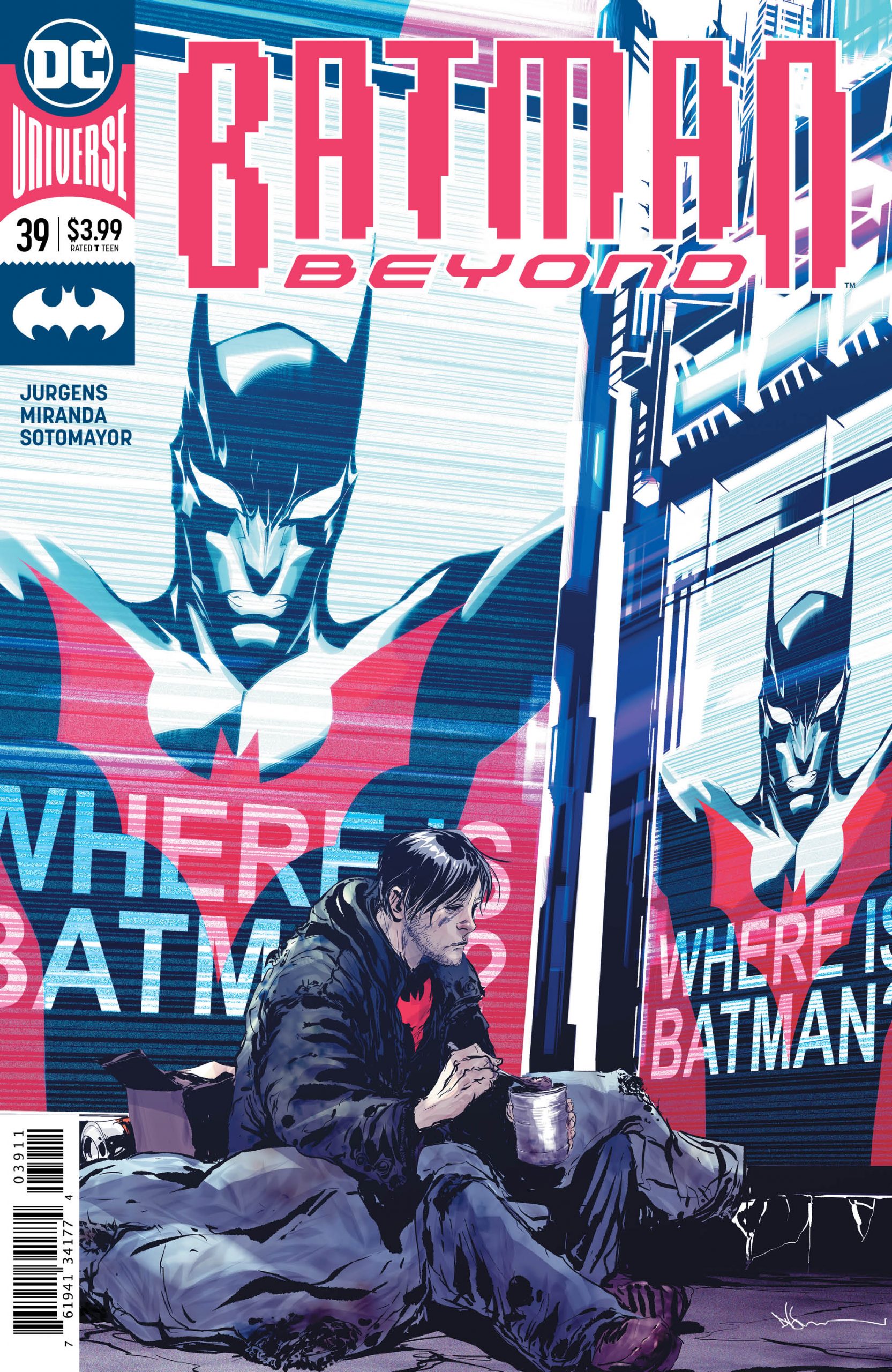 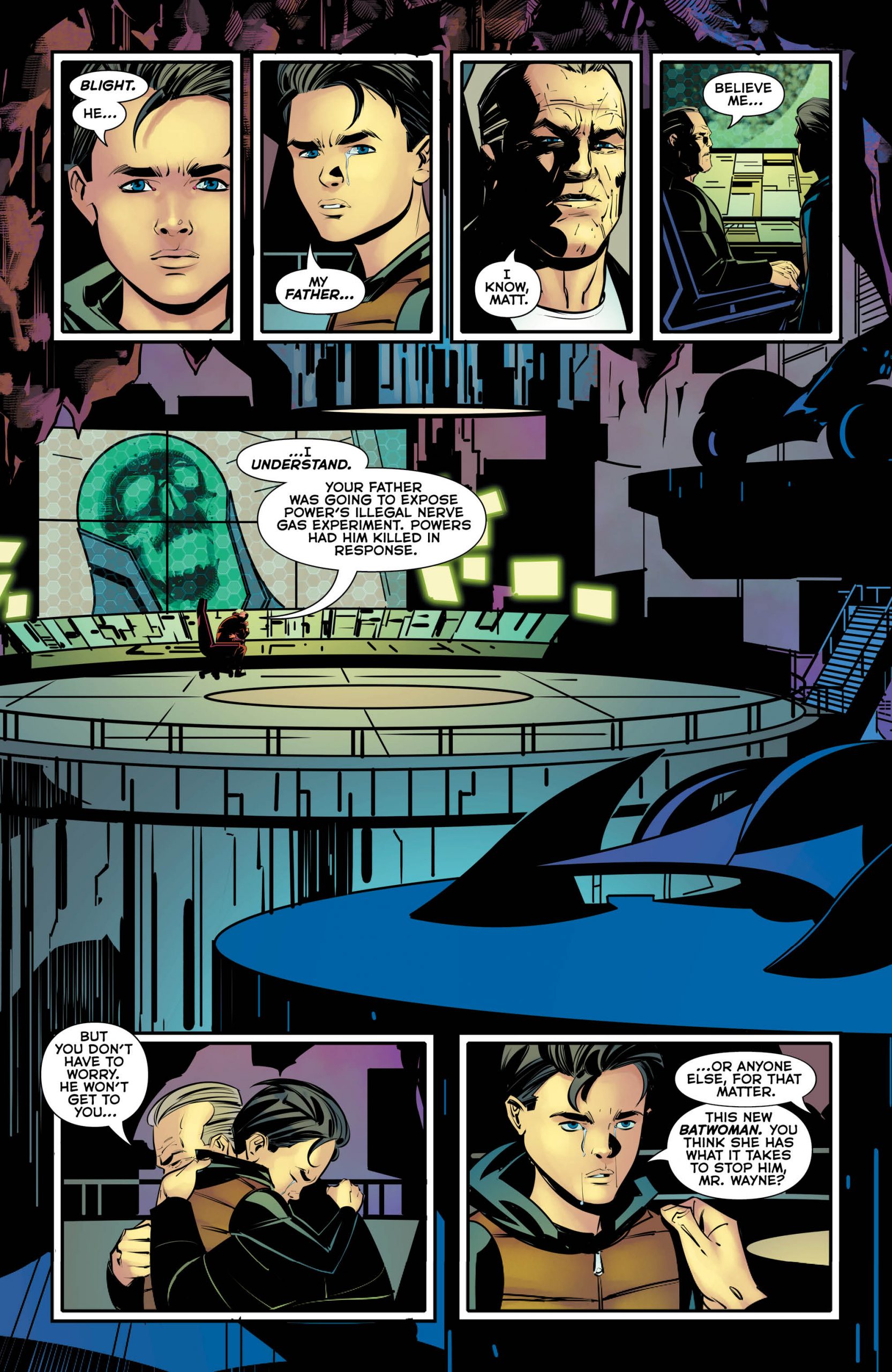 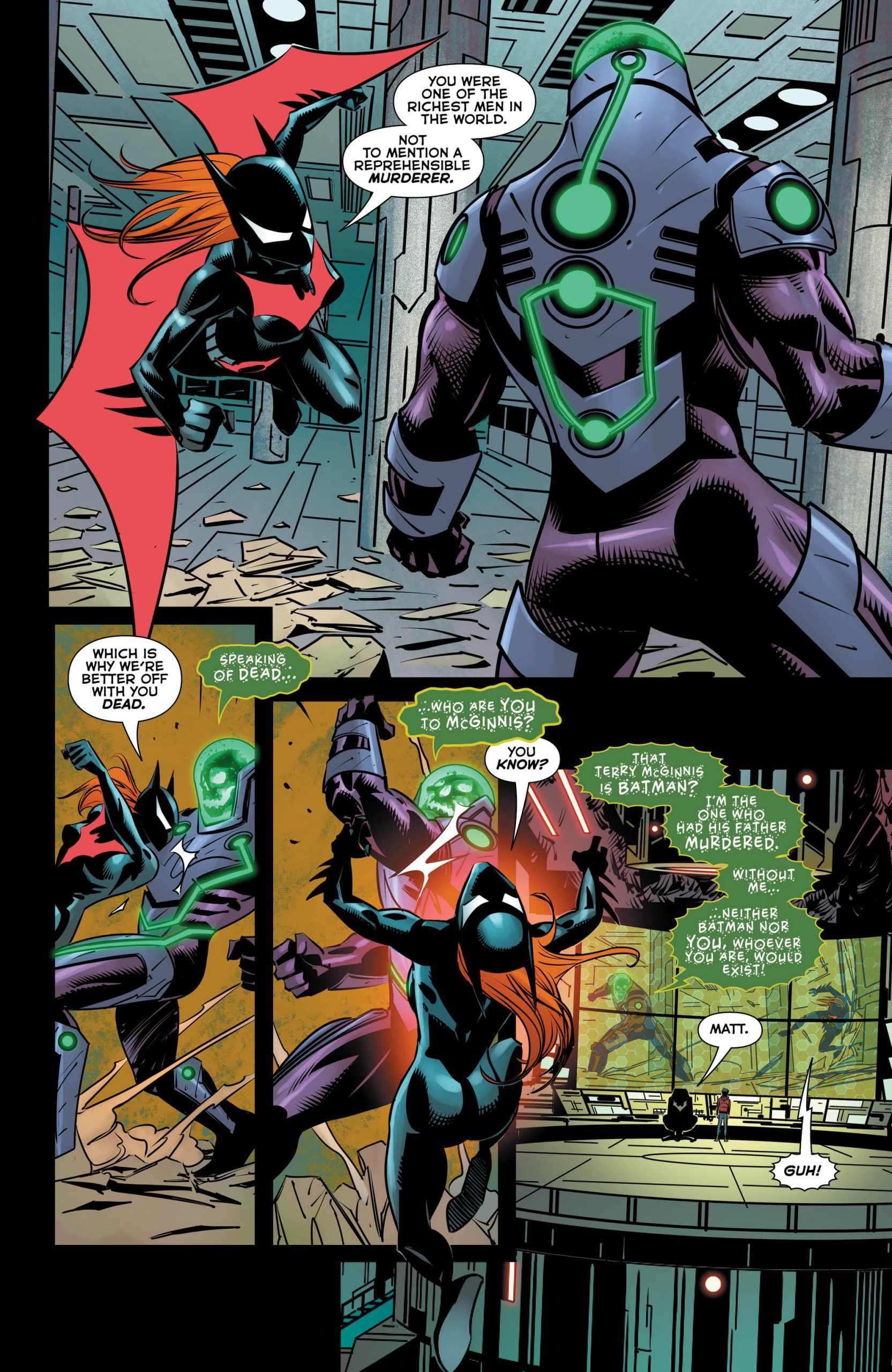 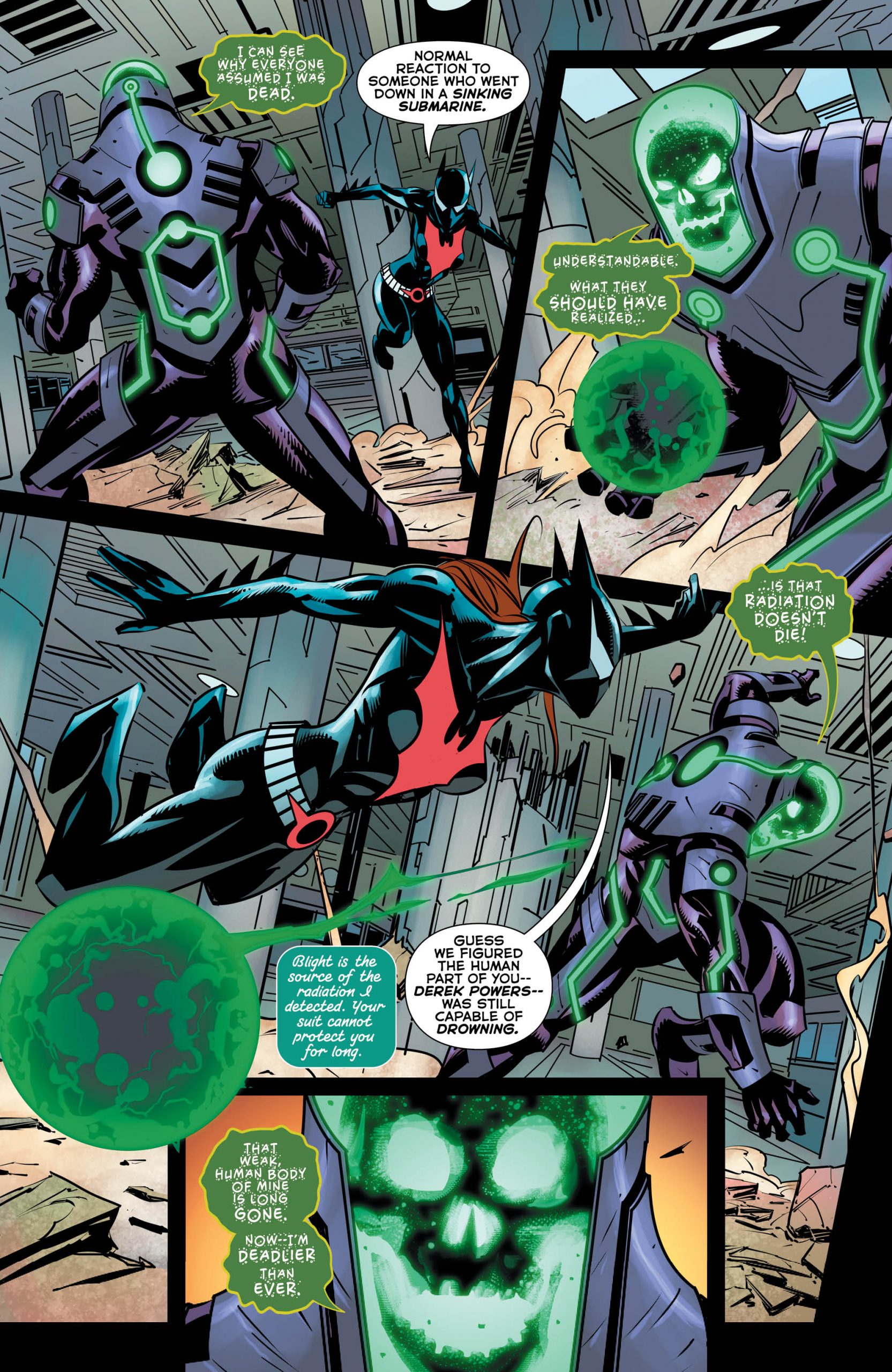 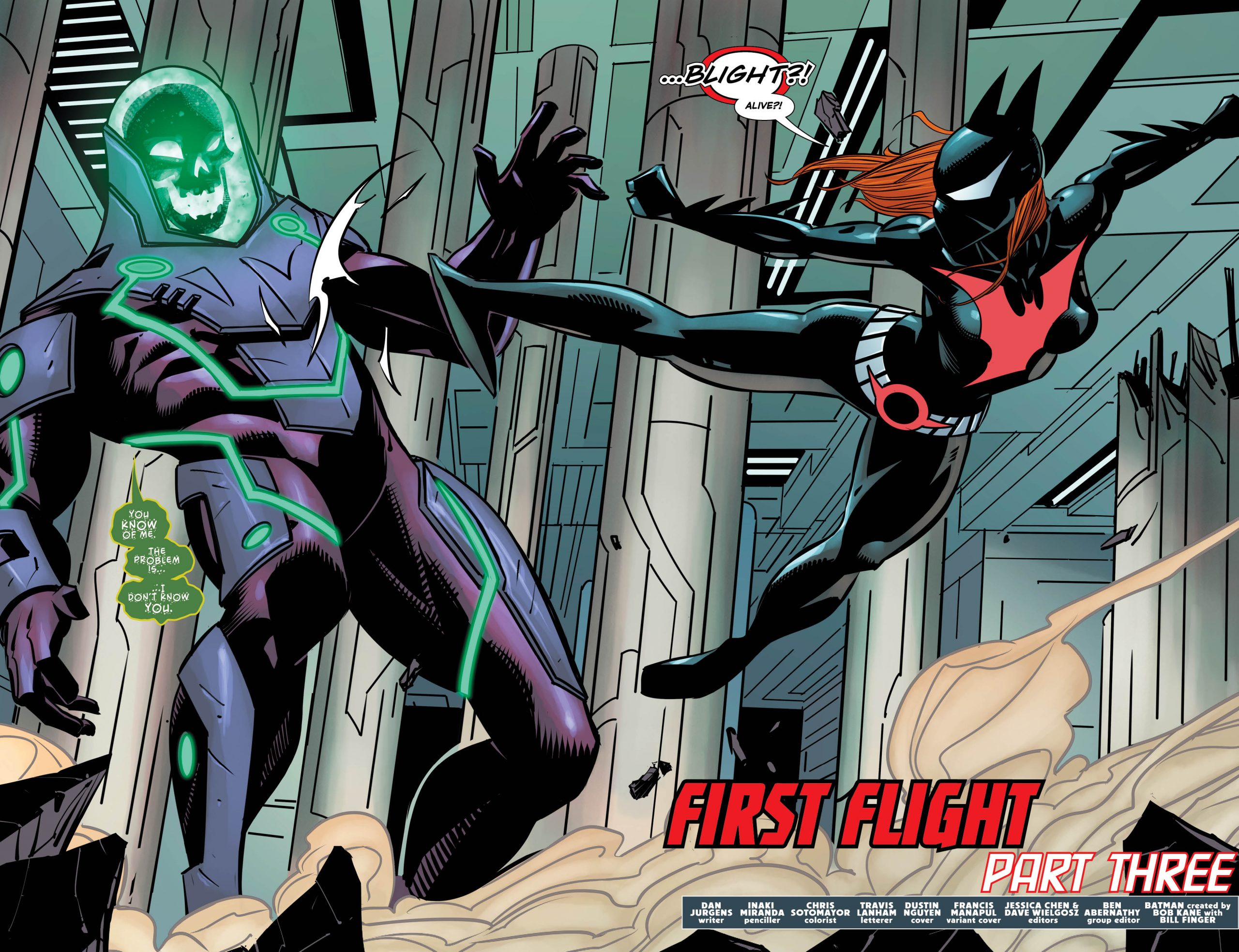 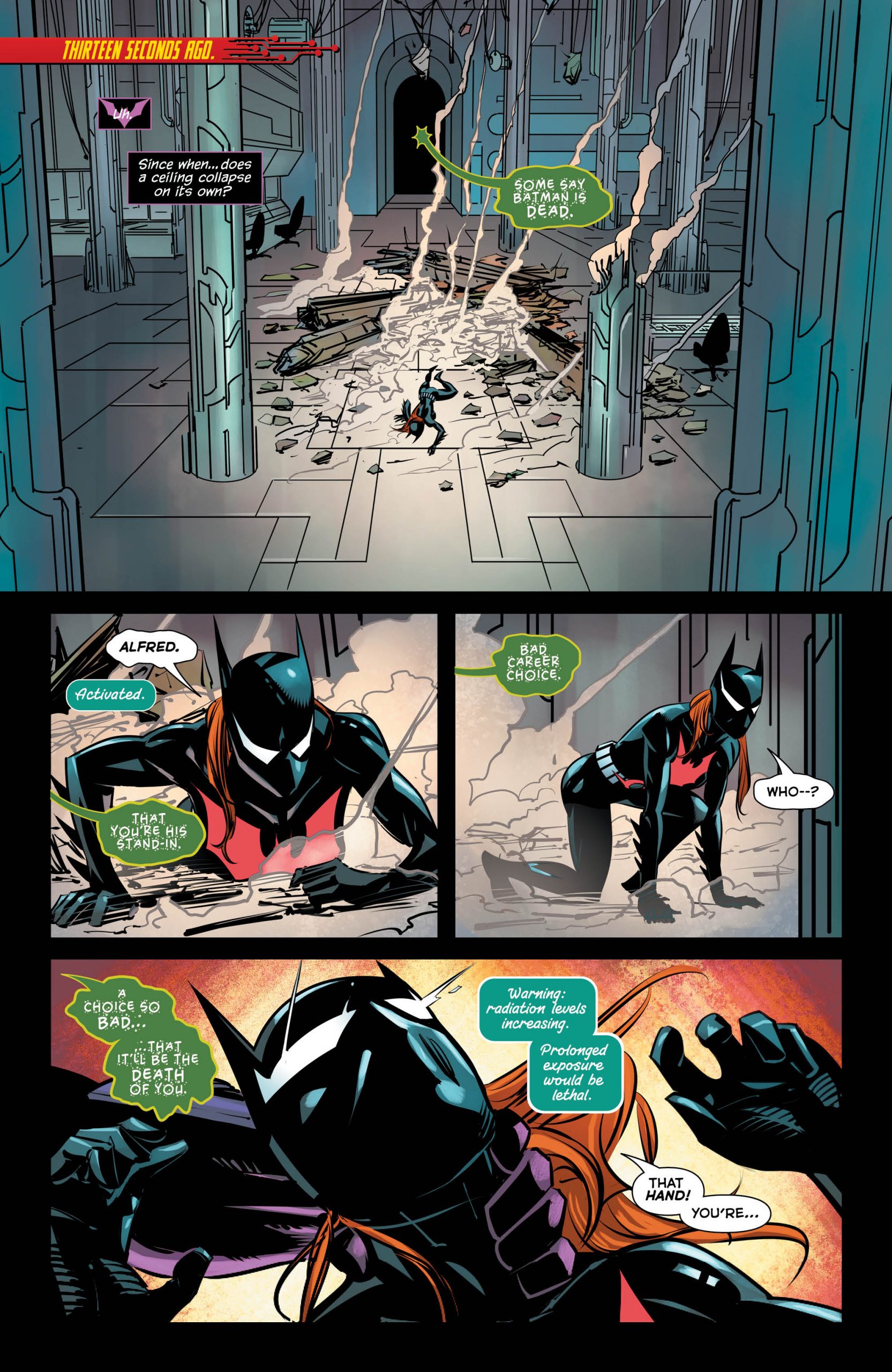 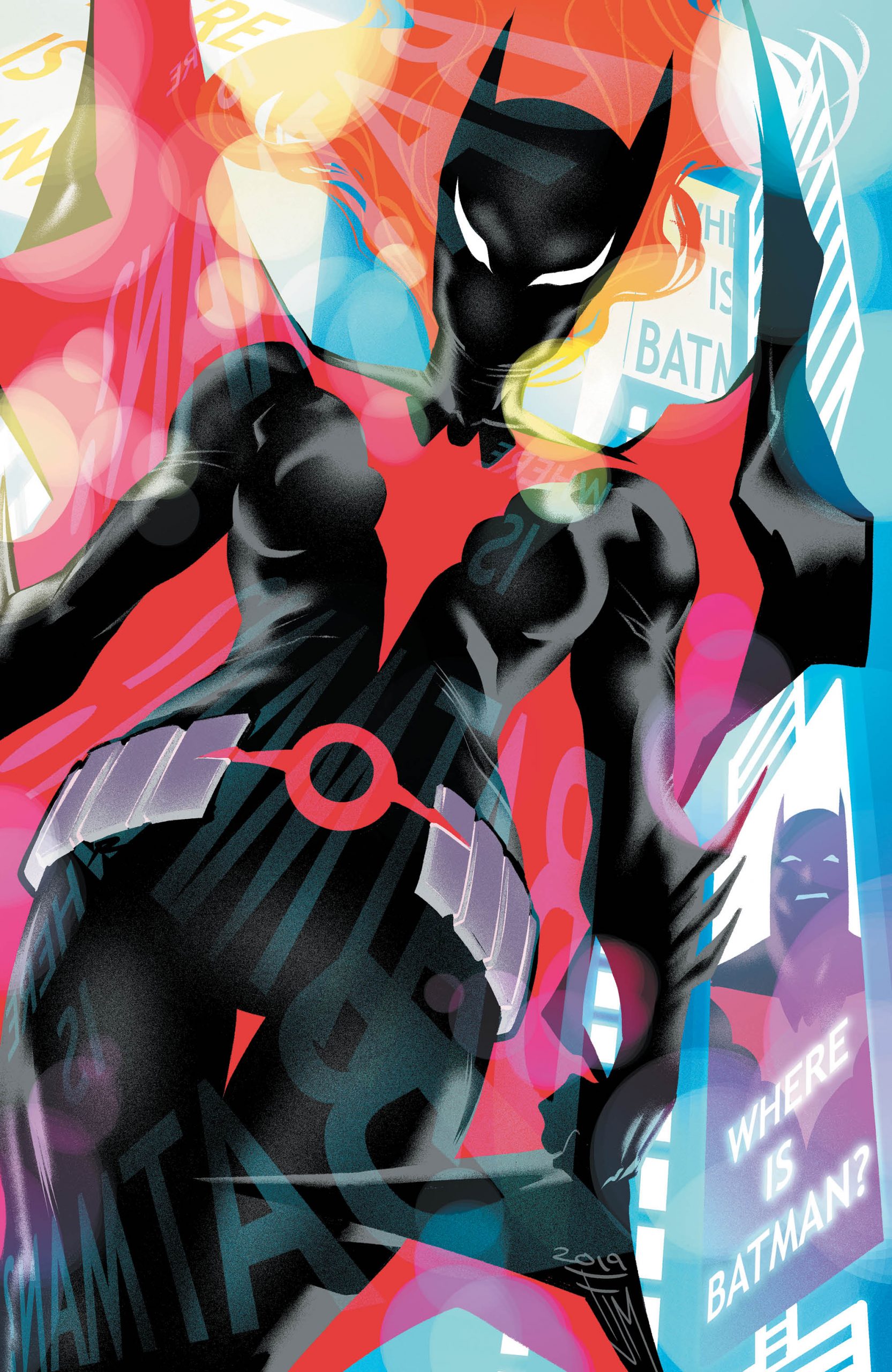 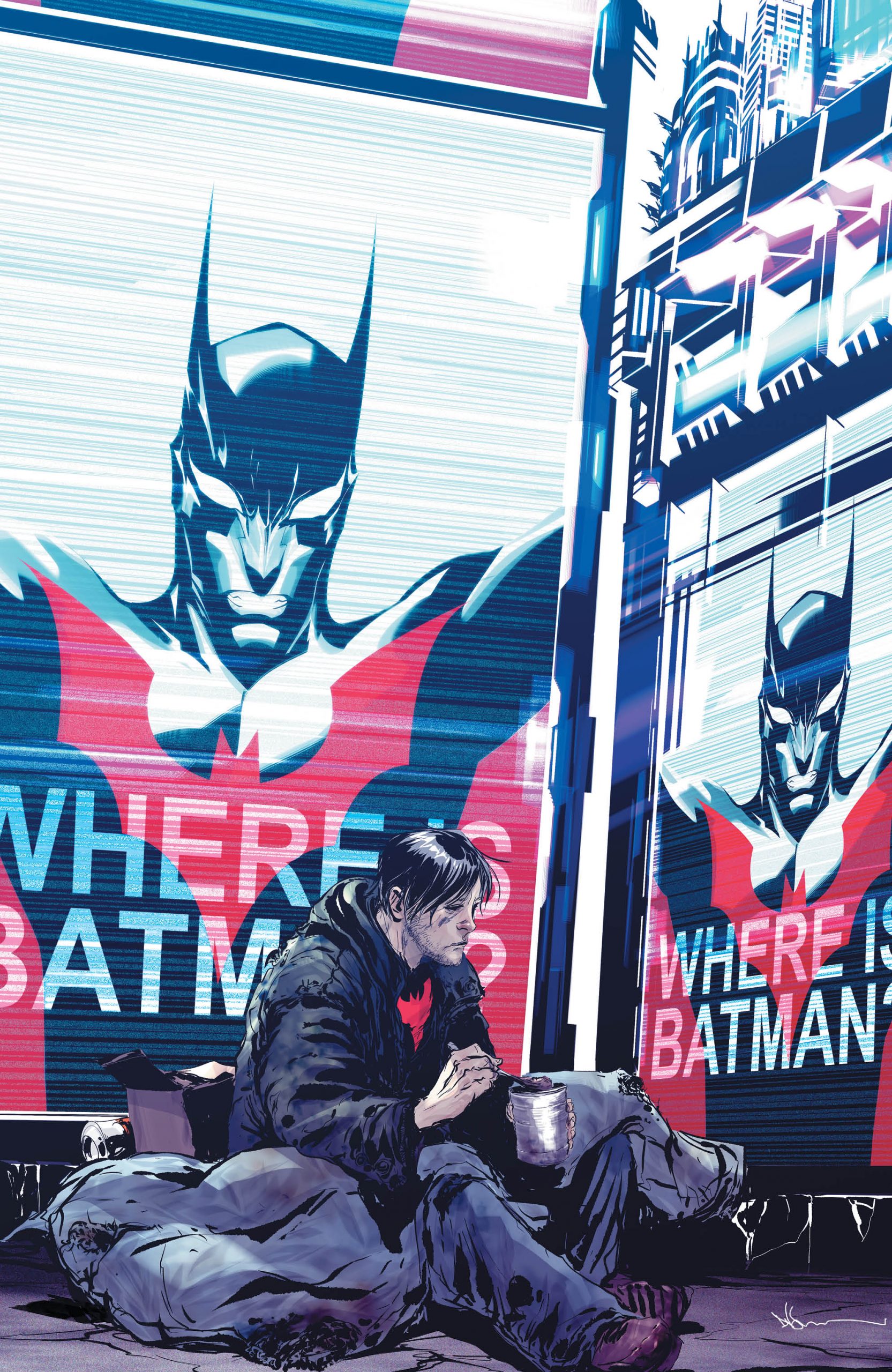 This arc has very been Batwoman focused, and to great effect. These issues have defined this new character very well, even though we don’t (yet) know who’s under the mask. It’s also very effective that writer Dan Jurgens chose to bring back Blight as the antagonist for this storyline. Batman Beyond, as a character in the early animation, was defined by Blight. Having the introduction of this Batwoman against this classic villain is exactly what’s needed to give her character credibility.

The unexpected turn in this issue was startling. I cannot say what it is, but it’s fascinating and confusing in equal measure. Linking these characters together so suddenly feels oddly timed, so if we take this reveal at face value, it’s an enormous plot twist that will leave many readers scared about what’s to come.

There’s a lot moving under the hood; we have a villain returned and an unfamiliar hero, giving us the right balance of something exciting and new, with an old familiar feeling. We see the faintest glimmers in the end of Batman Beyond #39, that maybe this mystery will yield an answer. I’m as interested as ever to see if Neo Gotham can ever return to normal after the twists in this issue.