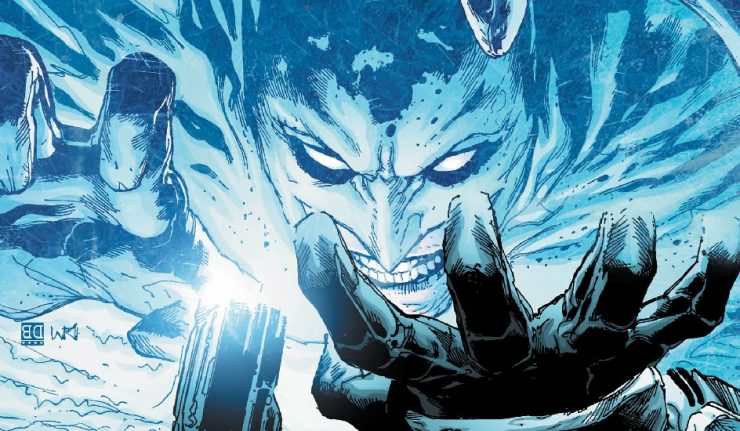 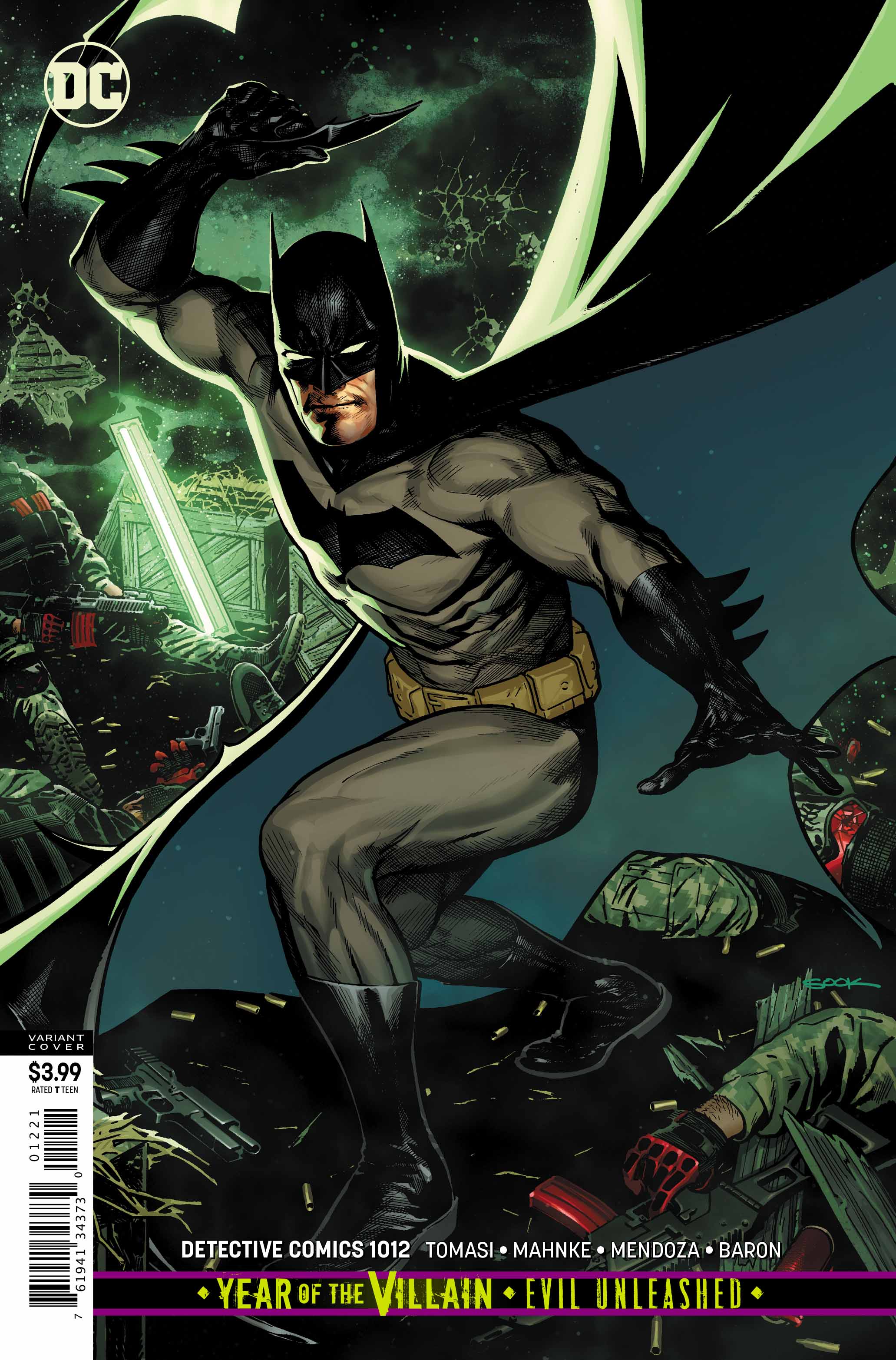 Detective Comics #1012 chilled me to the bone. Yes, Mr. Freeze has returned and he’s proving to be colder than ever. After enhancing his abilities with nano-tech given to him by Apex Lex, Freeze no longer needs his armor to survive, and is on a mission to awaken his wife… even if innocent women must die. The villain’s diabolical scheme involves kidnapping Gothamites who share physical characteristics with Nora Fries, and using them as human lab rats.

Peter J. Tomasi is weaving a great tale, and his imagination is really running wild. Freeze has always been cold and calculating, but his latest scheme is downright diabolical. The way the villain clearly has no remorse and cares for no-one but himself or his wife is scary. Even his own henchmen aren’t safe from his wrath. This issue delivers a whole new meaning to the phrases, “Brain Freeze” and “Splitting headache.” 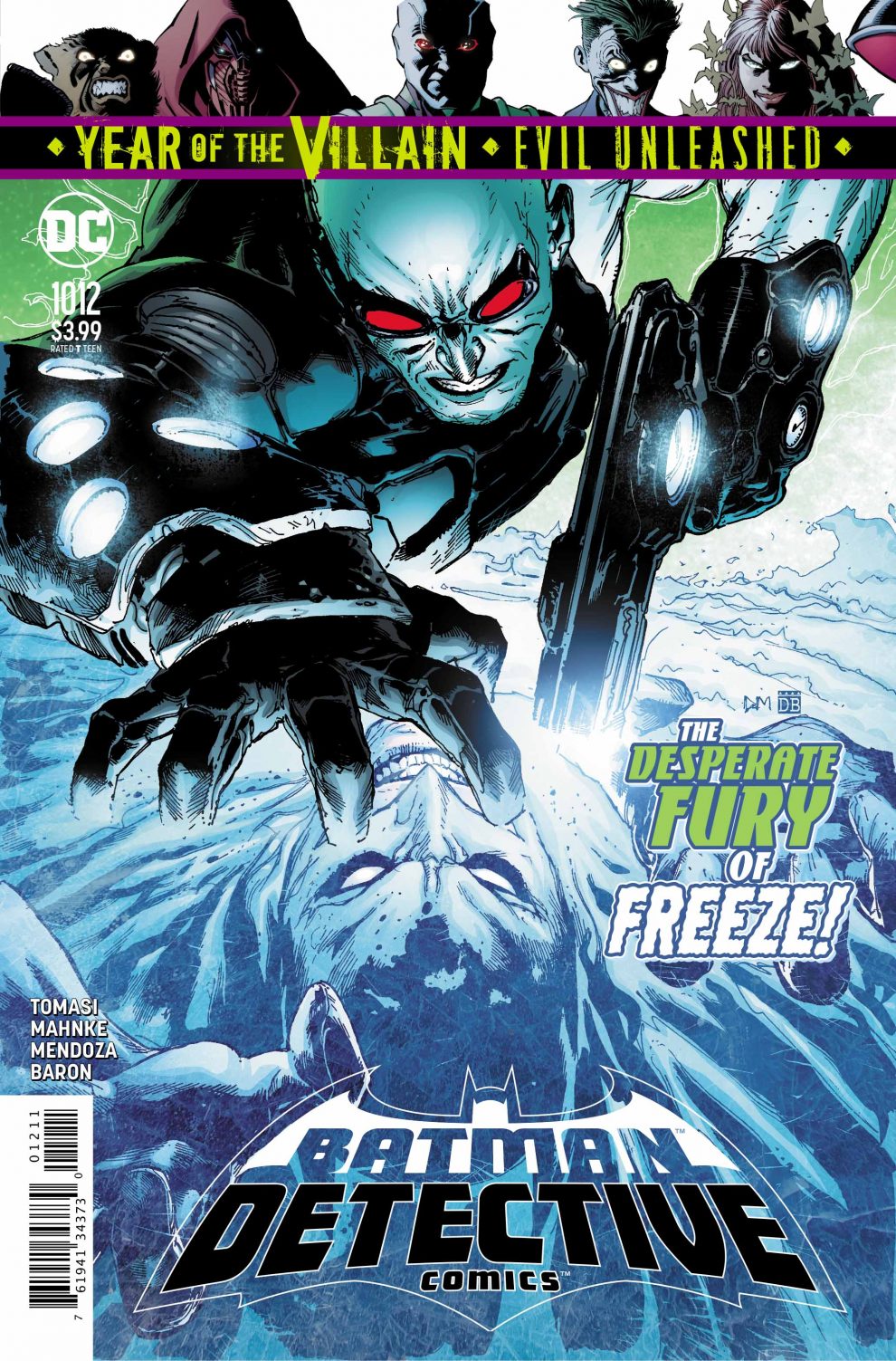 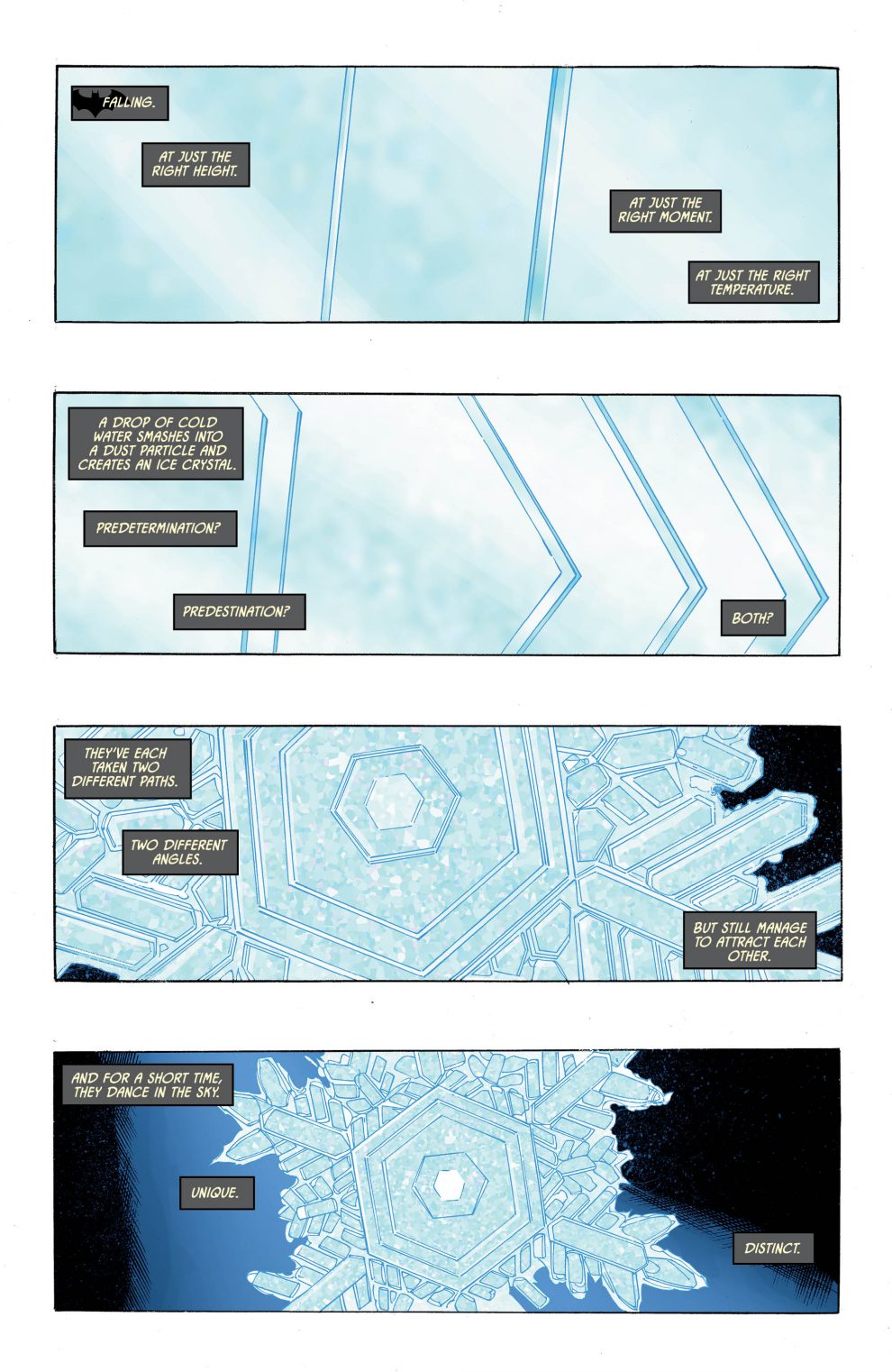 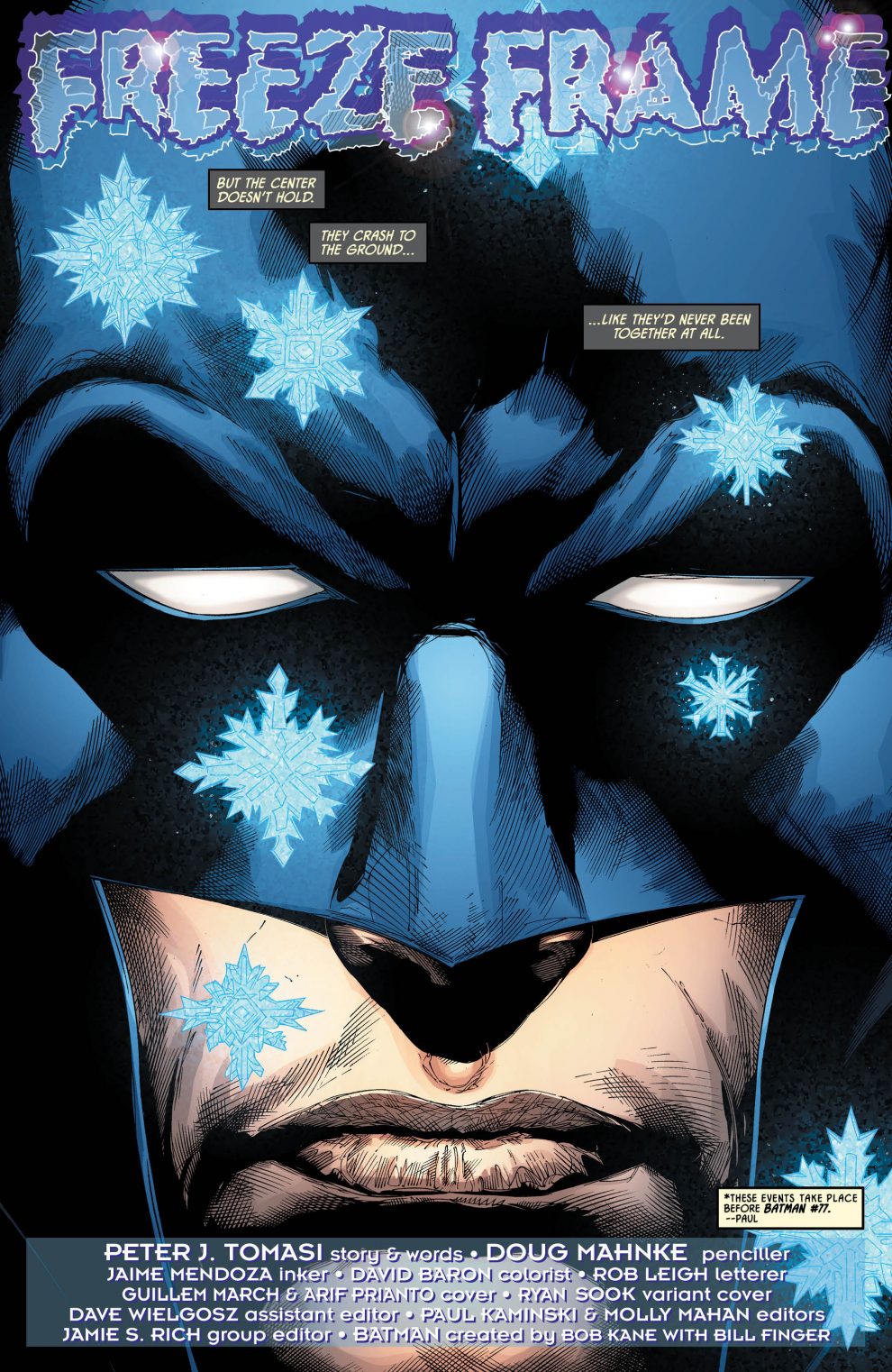 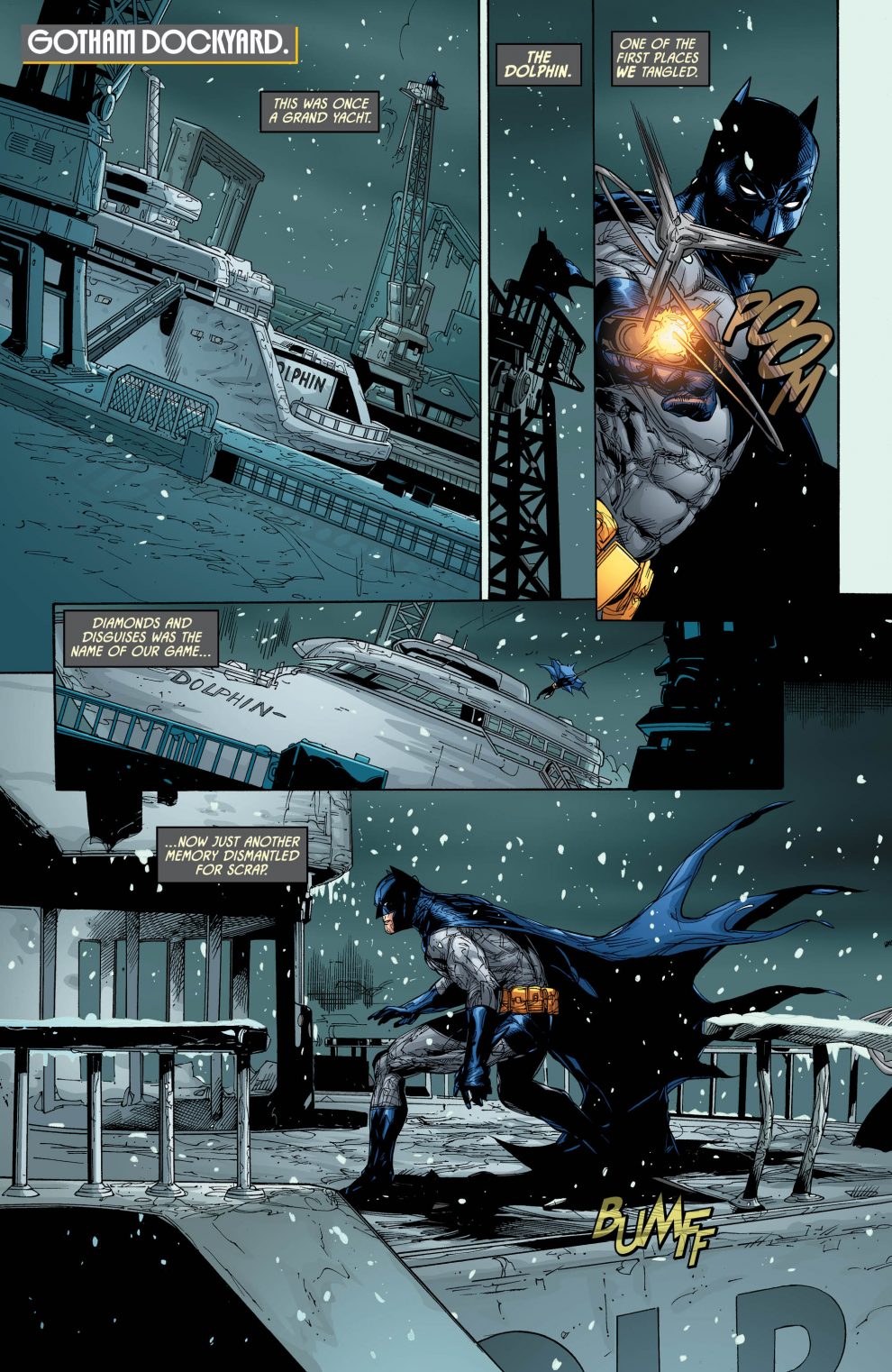 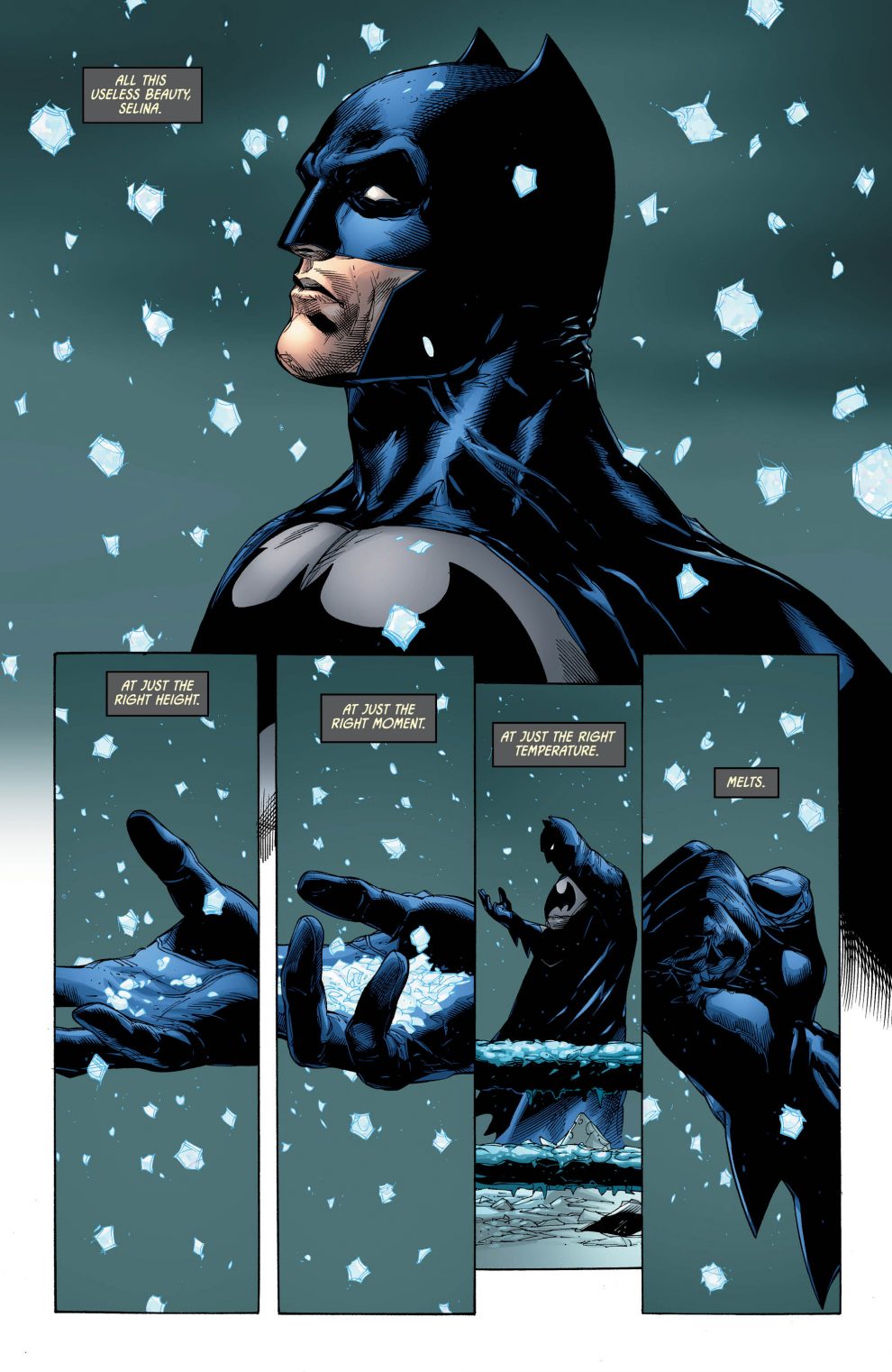 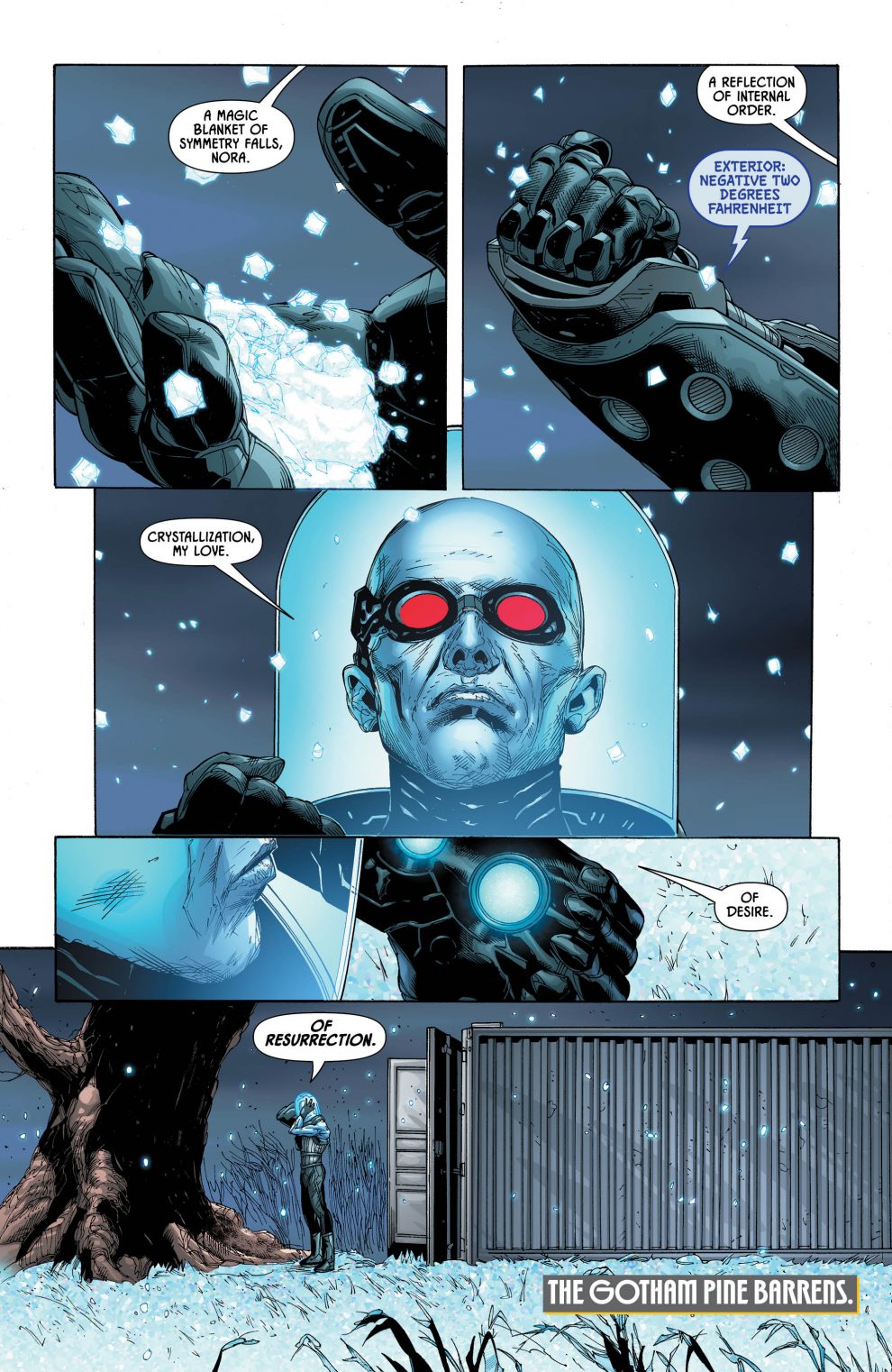 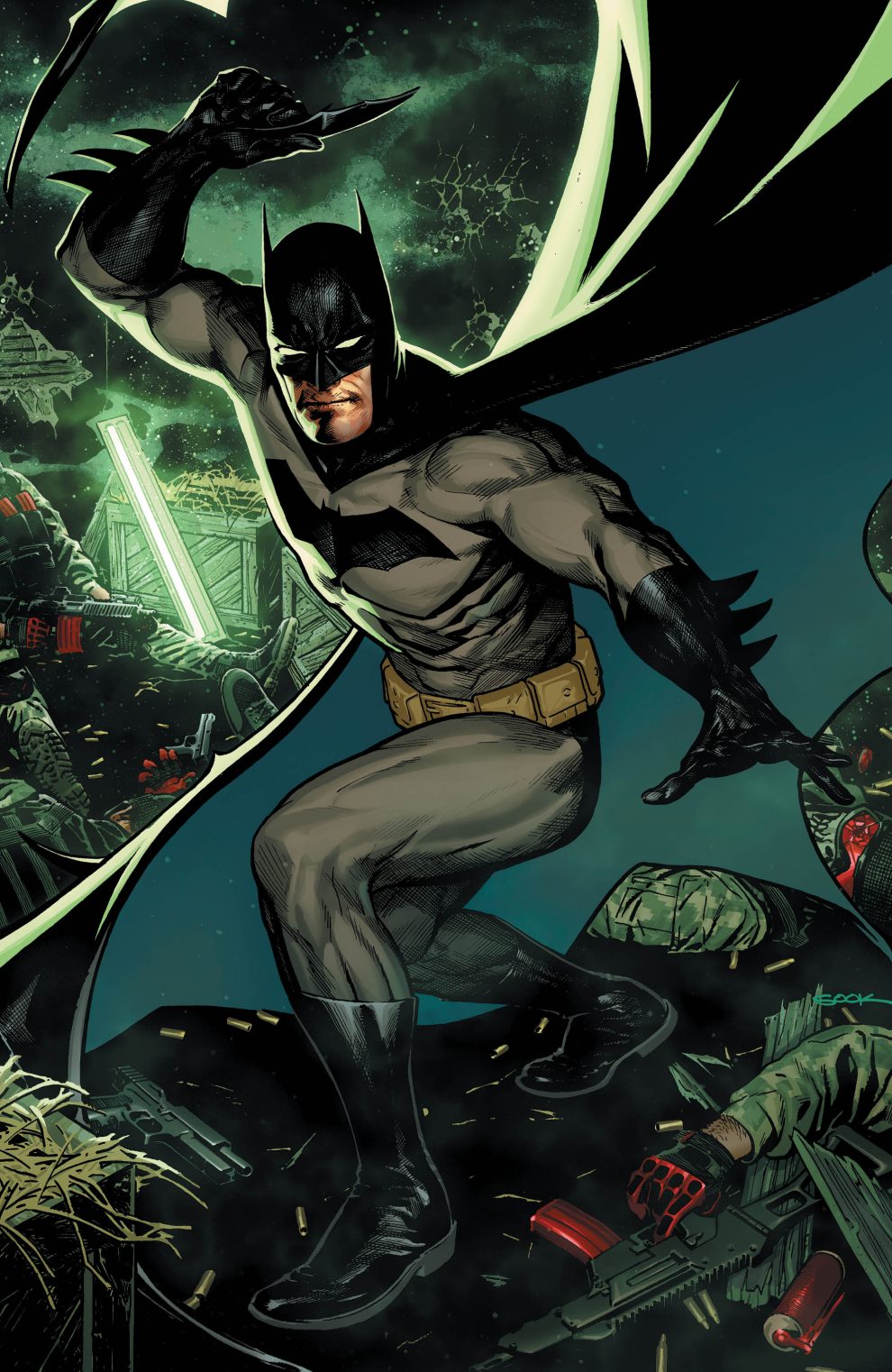 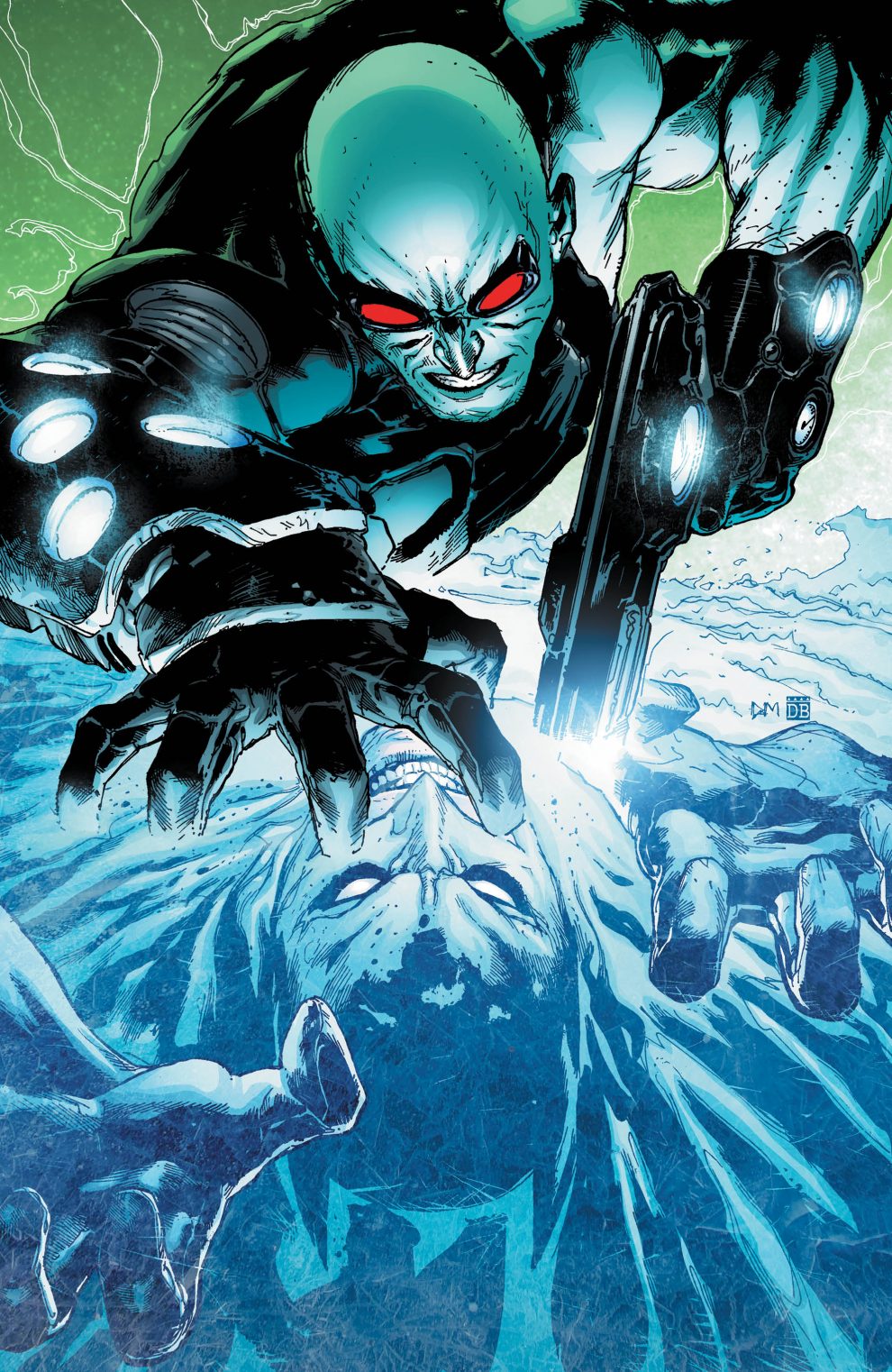 It’s great seeing Doug Mahnke back on Detective Comics, as I’ve missed his big, beefy Batman. Sadly though, the usually great Jaime Mendoza seems to be experimenting with textures, or rushed the inking in this issue. Certain pages look incomplete, as his work on them consists of little more than scribbles. If it was a stylistic choice it’s an odd one, as some pages are clearly finished and high contrast, while others are scrappy and inconsistent.

Thankfully the wonderful David Baron and Rob Leigh are as consistently excellent as always. Baron’s colors are always exceptional, and the way he tailors his hues to match and work with the line art is truly brilliant. I can almost feel the temperature drop whenever Freeze takes centre stage. Rob Leigh’s letters are great too; from the icicle like title, all the sound effects and dialogue (including an horrific typo from Mr. Tomasi) everything is perfect.

I was so pleased when I saw that Doug Mahnke and Jaime Mendoza were back, as their work on issues 994-1000 was brilliant. I don’t know what happened this time, but the art in Detective Comics #1012 was severely let down by the sub-par inking, and that’s not something I’d ever expect to see, or am prepared to accept, from one of DC Comics’ flagship titles. The writing, pencils, color art and lettering were all of an impeccable standard, though… apart from that typo. 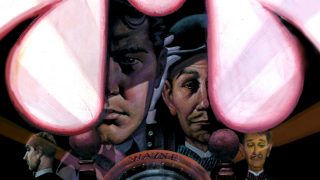