Courtesy of a story from Bleeding Cool, it has been rumored that Tom King’s Batman run is being cut short. The twice monthly title remains DC’s highest selling regular title. Whilst this remains officially unconfirmed, it must be treated as rumor and innuendo. The buzz is currently insinuating that King will leave the title following the publication of issue #85, but that this was not his choice.

Originally slated to write a 100 issue sage, King’s rumored departure will leave him just 15 issues short of that milestone. Having been at the helm since Rebirth issue #1, it will be a huge shame if his vision is not fully realised.

Having run the gamut of emotions over his tenure, centred around the love story of Bruce Wayne and Selina Kyle, will his plans for those last 15 issues be something very special that will now never be seen? Will his plan be adapted by another writer? Or have DC pulled the plug on the arc as a panic reaction to falling sales?

Still DC’s crown jewel amongst its regular titles, the ‘Knightmare’ arc has been somewhat divisive amongst fans, with some not fully embracing the direction. It was a personal favourite of mine, so if it turns out that the ending of this epic run doesn’t come to fruition, it will be an extremely sad time for King’s legion of fans. 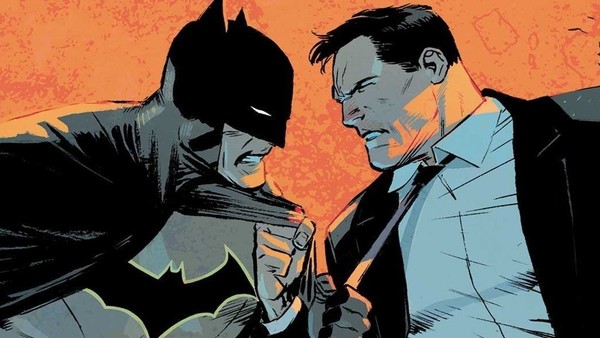 If this does turn out to be the truth, then it would be a brave man who steps up as the new writer. Despite the title being the pinnacle of the profession, these are big shoes to fill. Tom King has done a masterful job and, at least in my humble opinion, deserves to finish on his own terms.

Please enjoy our reviews of these wonderful stories below.

Would you like to see a change at the helm when Tom King’s Batman run ends? If so, who? How do you see Tom King’s run concluding? Please leave comments with your thoughts and ideas.