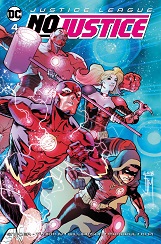 The finale to the No Justice story has arrived. The Omega Titans are looming over the earth, ready to doom our home to the same fate as Planet Colu.

The high levels of action and super cinematic vistas we’ve come to expect from this title is there in spades in this final chapter. The double page spreads take up almost the entire book, and the original team that started the story is back. The issue starts with the huge cast all together. It really takes seeing this star-studded line up across two whole pages to appreciate how big this story is.

We feel the aftershock of the Wisdom Titan destroying Colu, which letterer AndWorld Design chose to scribble ‘planet’ over with ‘wreckage of’. As high as the stakes are, it’s good to have that in there to lighten the mood. 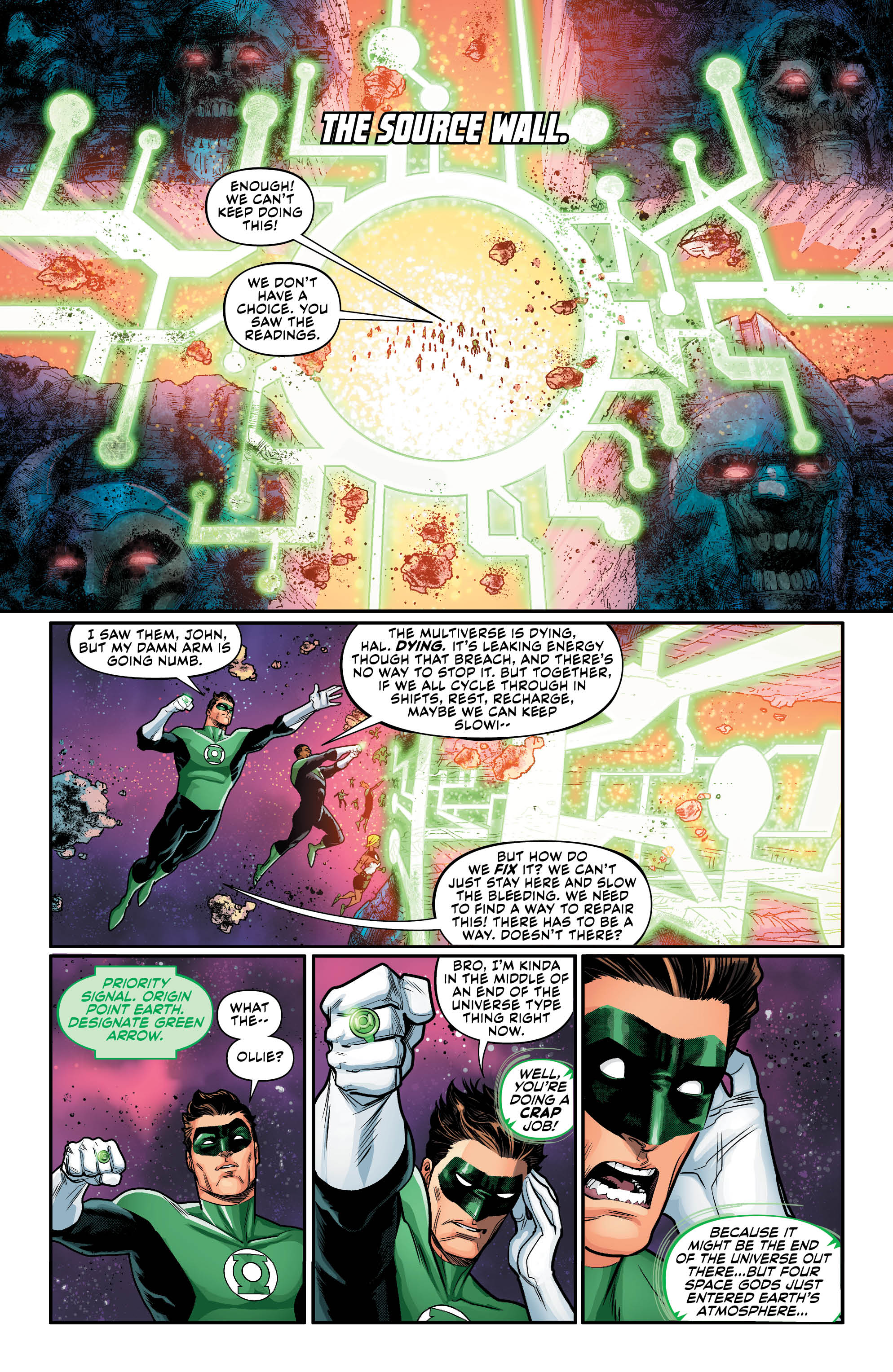 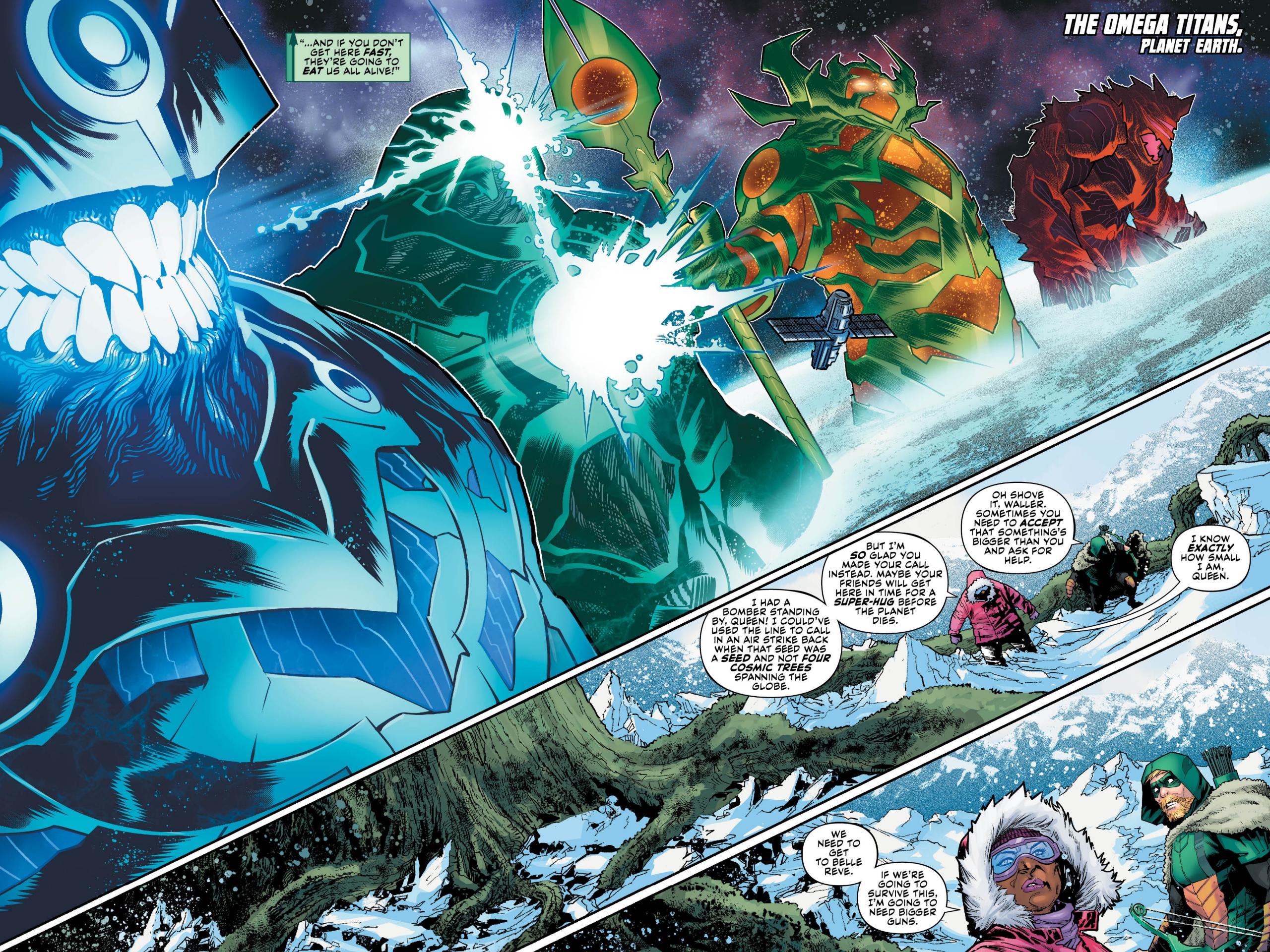 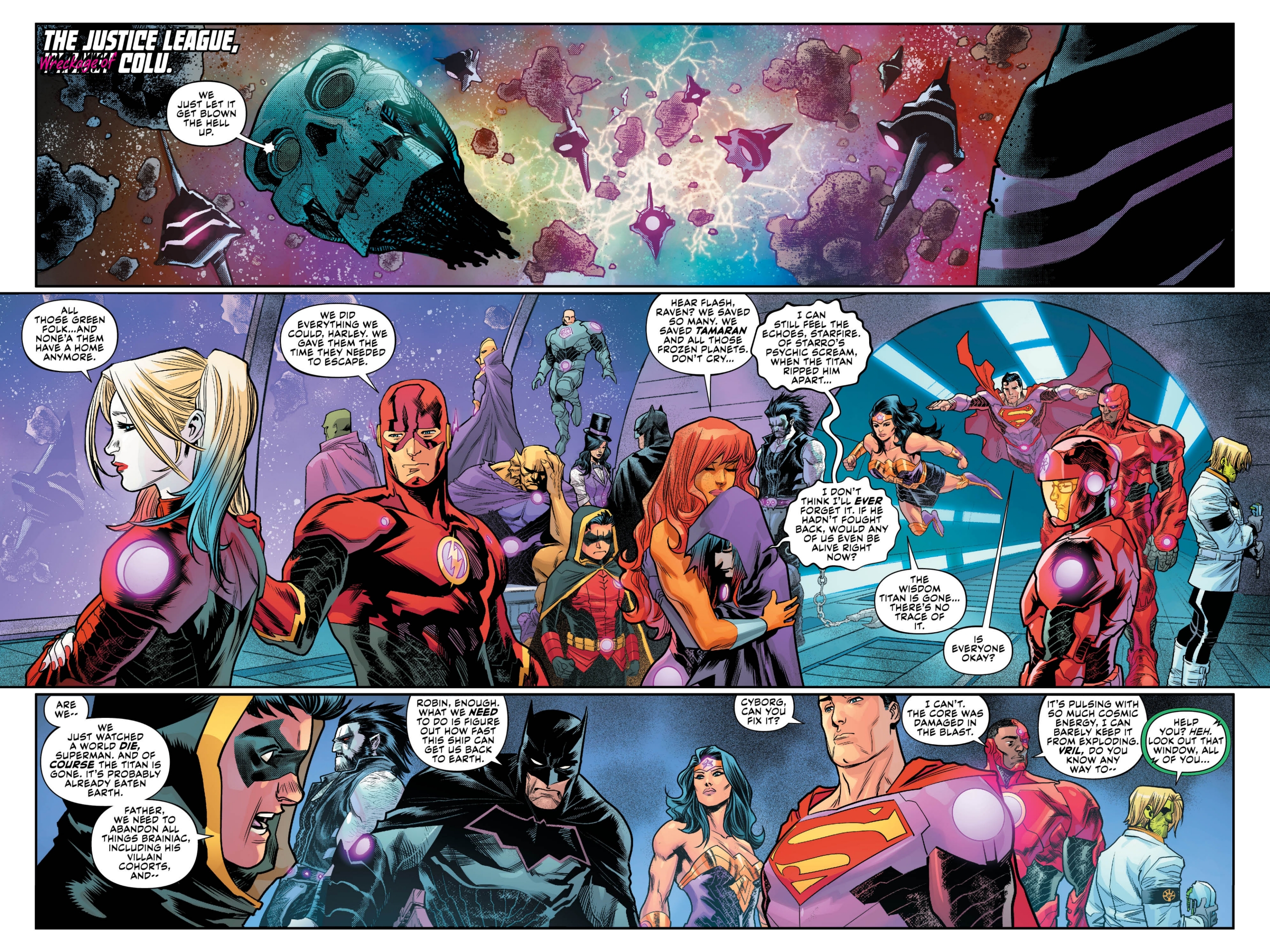 Trees made of the same energies as the Omega Titans have sprouted from places you’d expect them to sprout from. It’s Entropy that wants to eat the earth, which is to be expected, because earth is one of the only planets in existence chaotic enough to need seven human Green Lanterns.

The teams feel very unsure how to fight this kind of threat. We all felt like the Wisdom Titan was on the ropes before it quickly turned everything around. Even Raven, someone born of dark energy, feels despair about the whole situation. So much of the No Justice story line revolves around this huge cast of characters looking beyond what is they think is normal. They need to learn that powers greater than them need similar forces to beat them.

No Justice was a roller coaster from start to finish. It gave the same classic experience of the stuff I read when I first started reading as a child, mixed with today’s grandiose storytelling. The perks of being raised on comic books.