Doomsday Thrashes the Justice League in ‘Death of Superman’ Trailer

The latest preview trailer for the DC Animated movie Death of Superman has hit the internet. Check out the video below.

While some fans will grouse that this seems to be Superman: Doomsday done again, there are some noticeable differences. The biggest change is the Justice League battling Doomsday, which is a comic book-accurate plot point. Just like in the comic, the League battles Doomsday but fails horribly, calling on Superman to save the day.

Unfortunately, the movie’s League roster differs from the source material. That means we will not be treated to a sequence with Doomsday gratuitously slamming Booster Gold’s head with a car door. 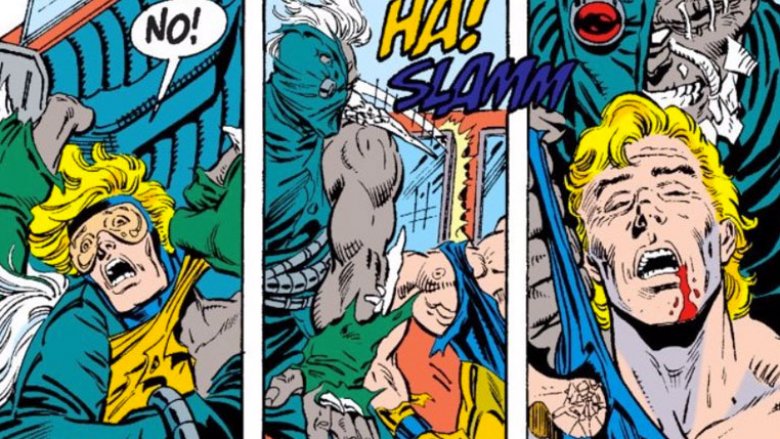 It sucks to be Booster Gold right here.

On the bright side, Death of Superman does feature Batman and the main Justice League in action. The trailer really showcases the severe beatdown that Doomsday gives to the League. Wonder Woman is smashed. Cyborg’s arm is ripped off. Heck, even Batman gets thrashed so hard that his ears are pointed in a weird direction. Seriously, rewind the video and pause at mark 0:57.

Death of Superman will be released in summer 2018 on digital download and home video.

New Behind The Scenes Images From ‘Dark Knight’ Revealed