“No Home For You” Conclusion 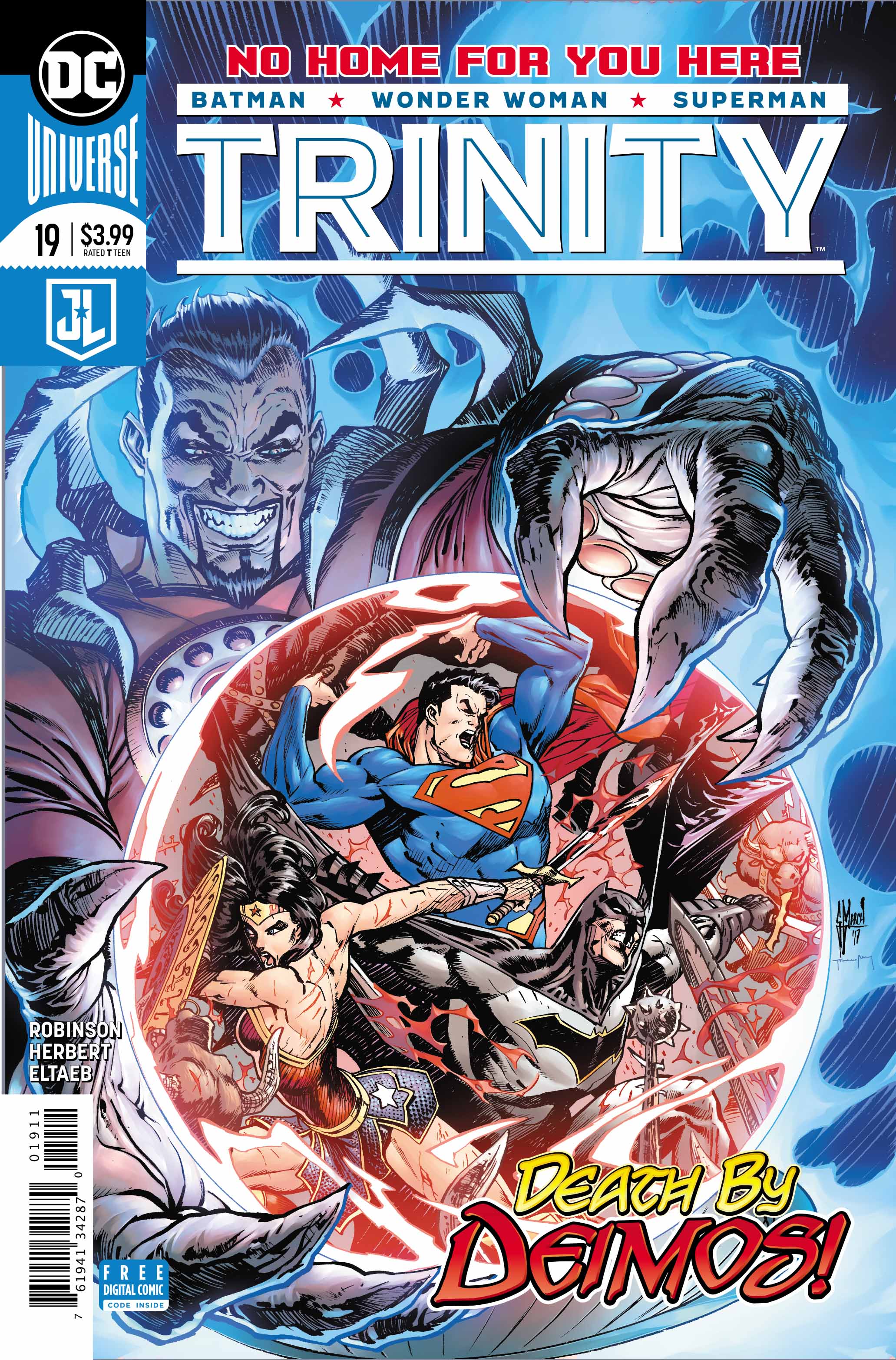 The Trinity has managed to enter the land of tranquility and mystic, Shambalah. They’ve passed the Castle of Travis Morgan, the Warlord while avoiding the hostile forces. Last we left off is Batman, Superman, and Wonder Woman runs into the Warlord’s daughter, Morgan. (Spoiler!)

There’s so much magic. Magic is the biggest physical weakness of the Trinity. Wonder Woman deals in the realm of gods and goddesses, but she is doesn’t work in spells, magic is immune to Superman, and Batman is only human (although that never stops him); so it’s an epic challenge of adventures. James Robinsons writes an extremely aggressive Wonder Woman, I love it. The art nails it, Diana is, jacked. 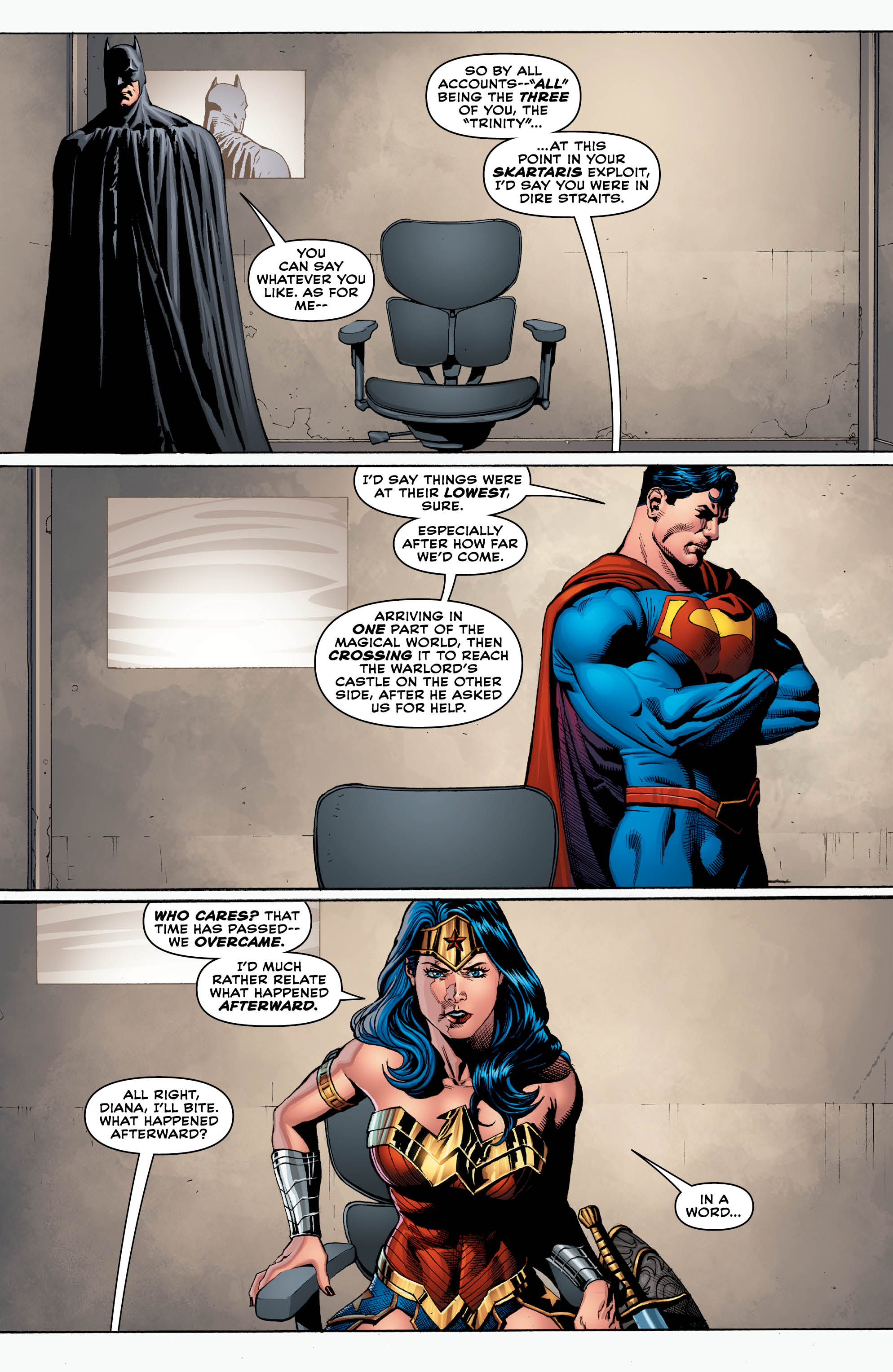 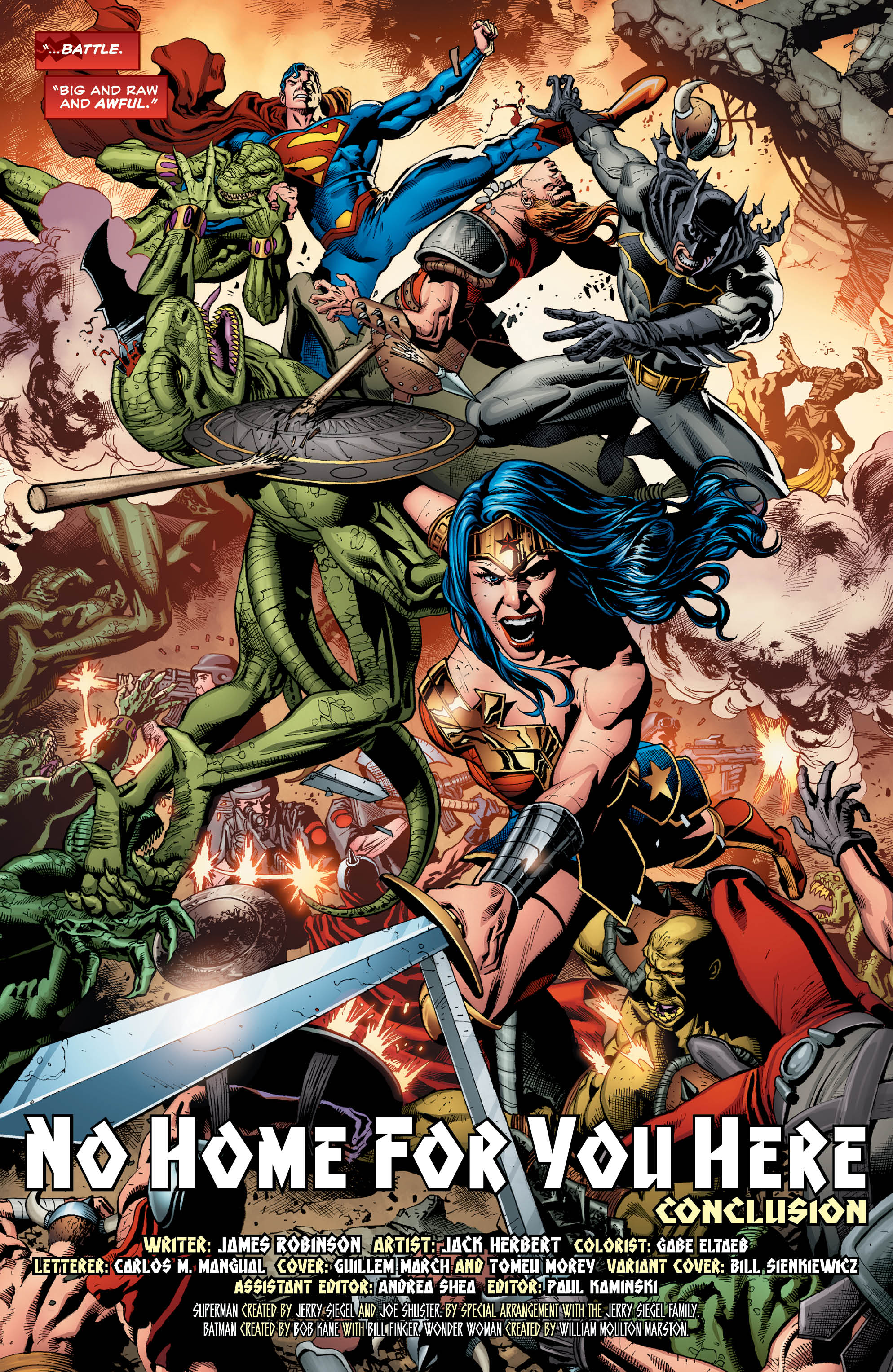 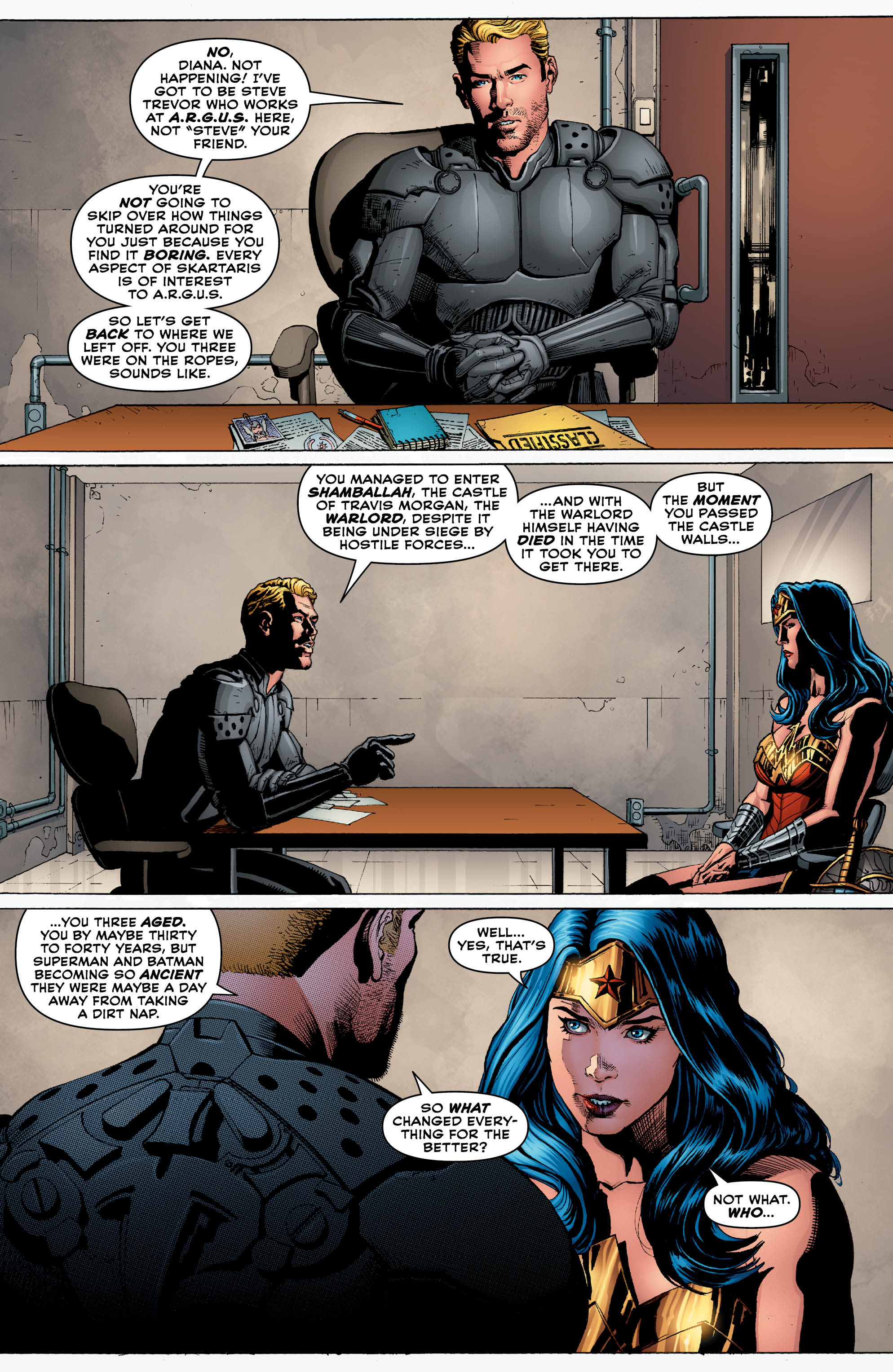 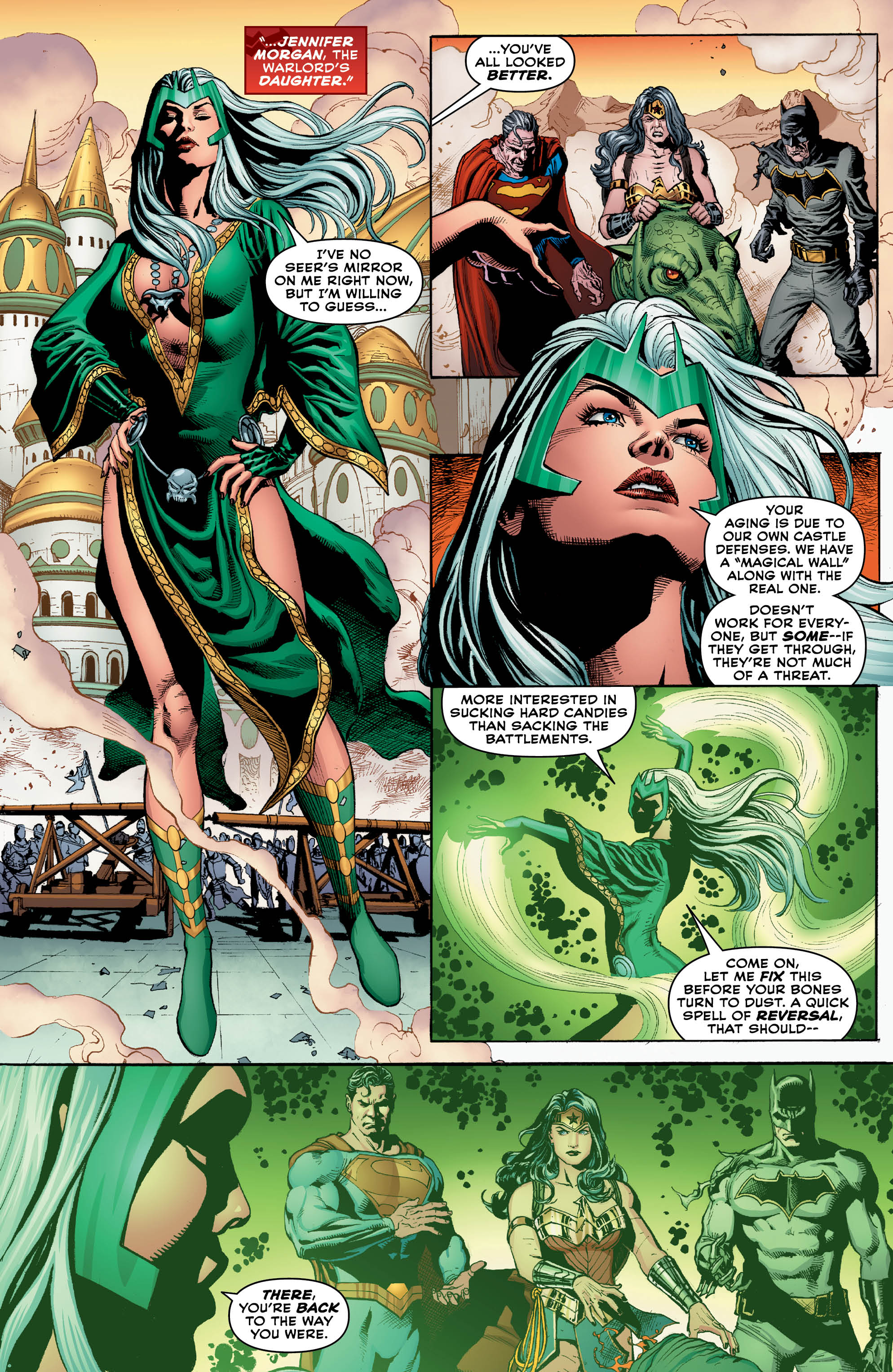 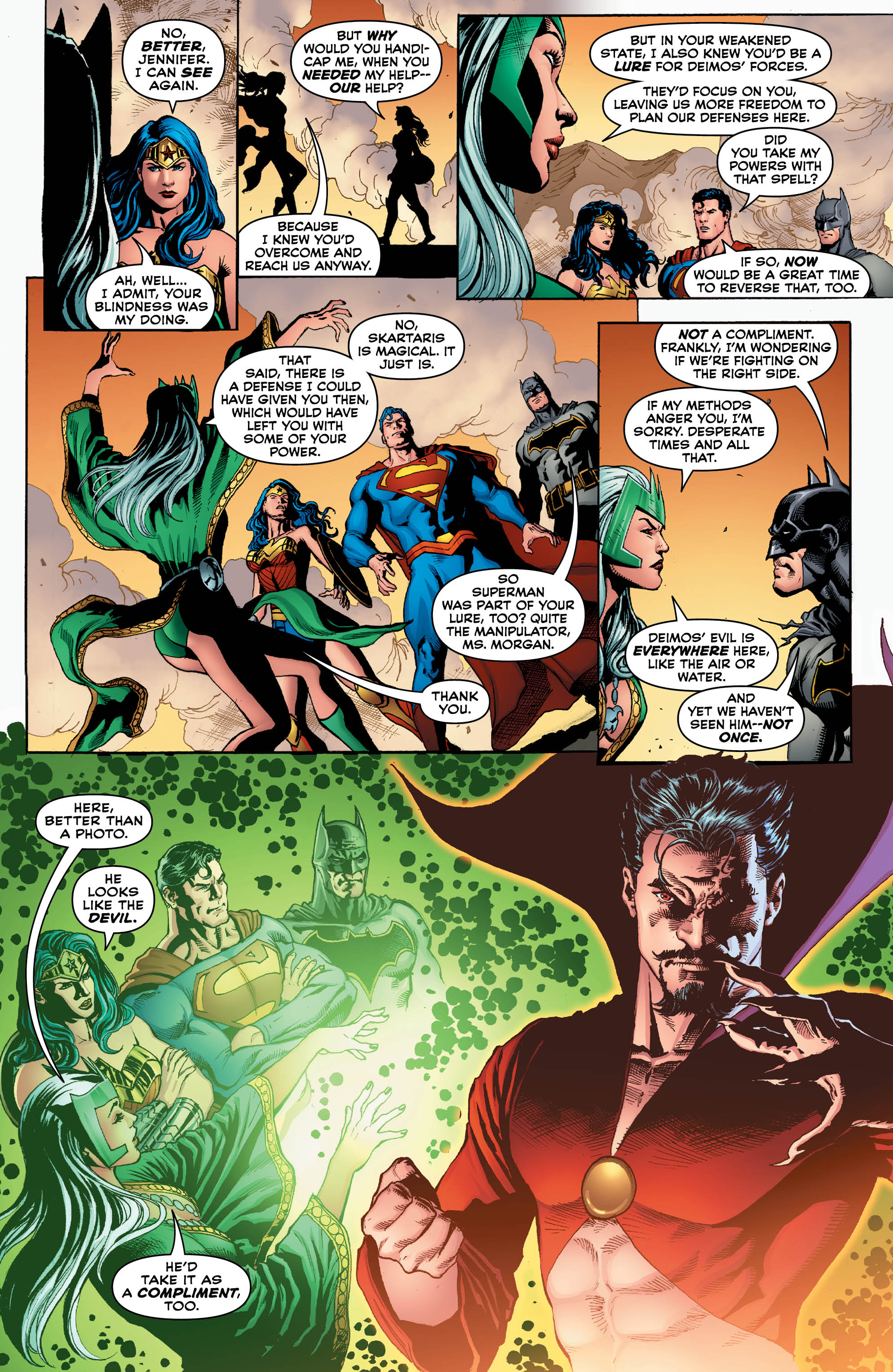 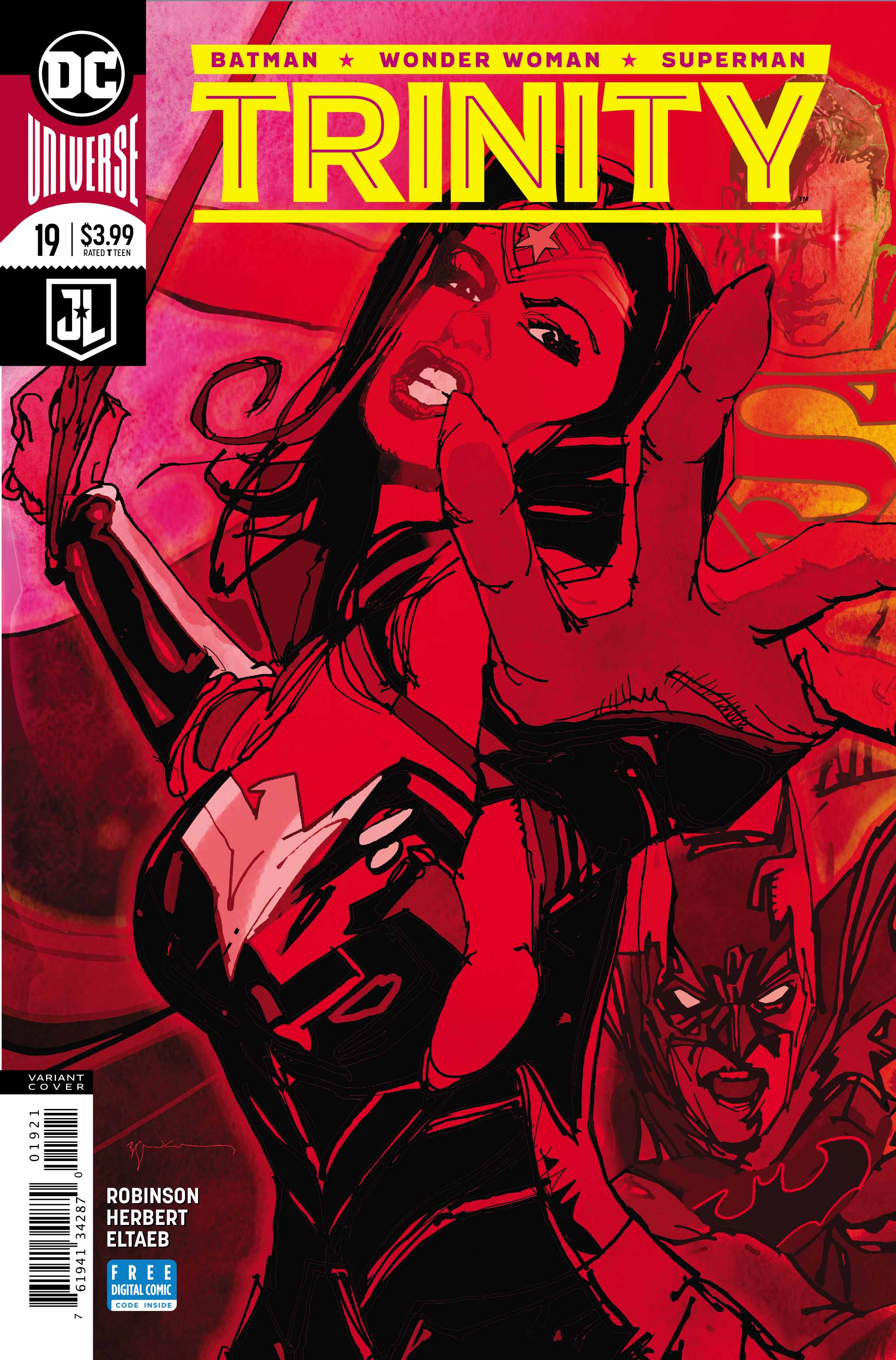 Art is fantastic, the Trinity looks powerful and intimidating. The shadows and definitions take years of skills, and Herbert has a good hand on this. It feels as like American-fashioned superheroes. The variant cover is gorgeous as well, by Bill Sienkiewicz. Wonder Woman looks like she’s ready, and you’re done.

The ending definitely makes me excited to find out where the heck is Steve Trevor. And watching Wonder Woman (2017), I’m excited to see a romantic damsel in distress story arc with her, which I hope ends happily. It’s tragic that her Superman had died in the previous New 52, and with Batman settling down with Catwoman, and Superman with a child and Lois Lane; having Diana having a love story arc, and seeing her happily ever after too would be an adventure!

It’s great! I’m excited! There is a lot of lore to go through, but the story is what sells it. As fans, we want to know what’s going on in their world. I love Robinson’s version of the Trinity. I enjoy seeing them as gentle characters, defeating foes with love and magic! But the action and giant muscles, blood included is always a bonus. The anger in Diana’s face is threatening. We know that Deimos is in big trouble.