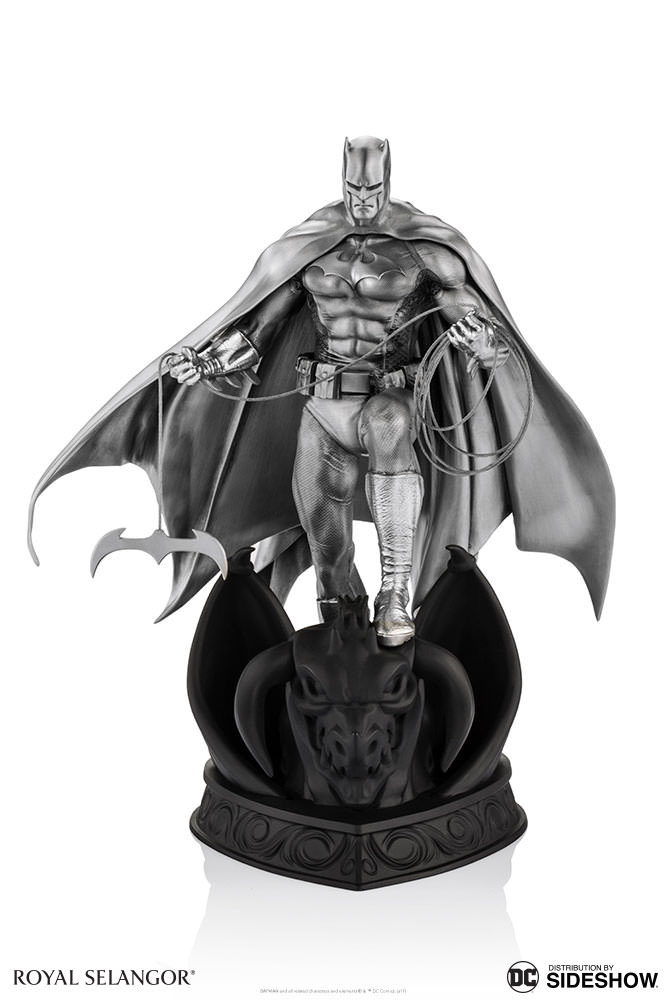 The Batman has always been a class act. Even in his civilian guise of Bruce Wayne, his wealth marks him out as a member of high society. Now, thanks to Royal Selangor, the Dark Knight’s status has been elevated to Dark Monarch.

Royal Selangor, the world’s foremost name in quality pewter are based in Kuala Lumpur, Malaysia. They have stores in top retail capitals around the world, including London, Hong Kong, Singapore, Beijing, Melbourne and Sydney. Their products are also carried by top department stores such as Wako in Japan, Harrods of London, and Hudson Bay in Toronto.

This Batman figure is beautiful.

The Dark Knight, Batarang and Bat-Rope in hand, stands perched atop a Gotham City gargoyle, in all his heroic magnificence. Everything about the piece screams class, even the packaging! Everyone here at Dark Knight News is a sucker for Batman goodies, even if our spouses object. When I showed my lady wife the Royal Selangor pieces, her exact words were “Wow, those are beautiful… you still can’t have one!” 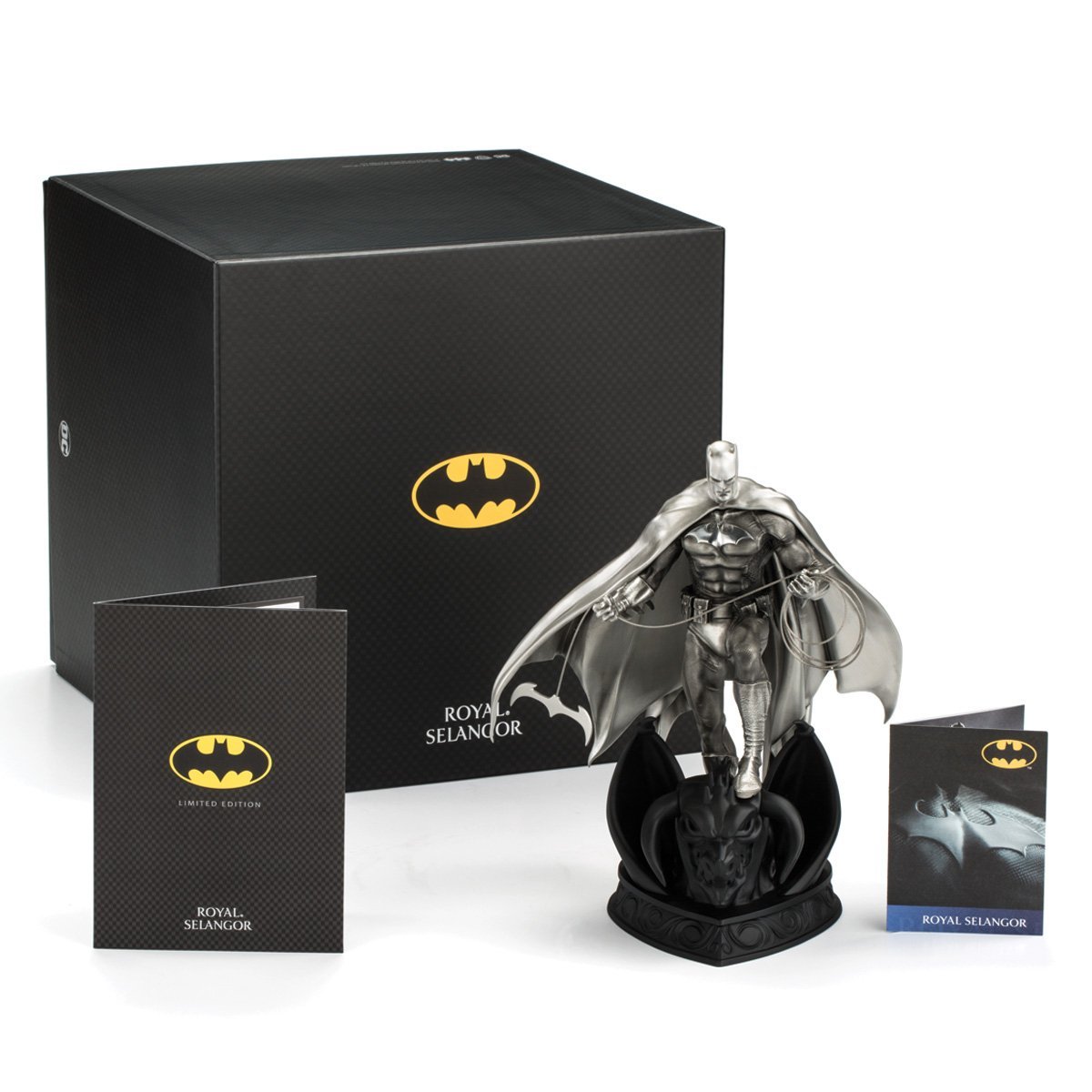 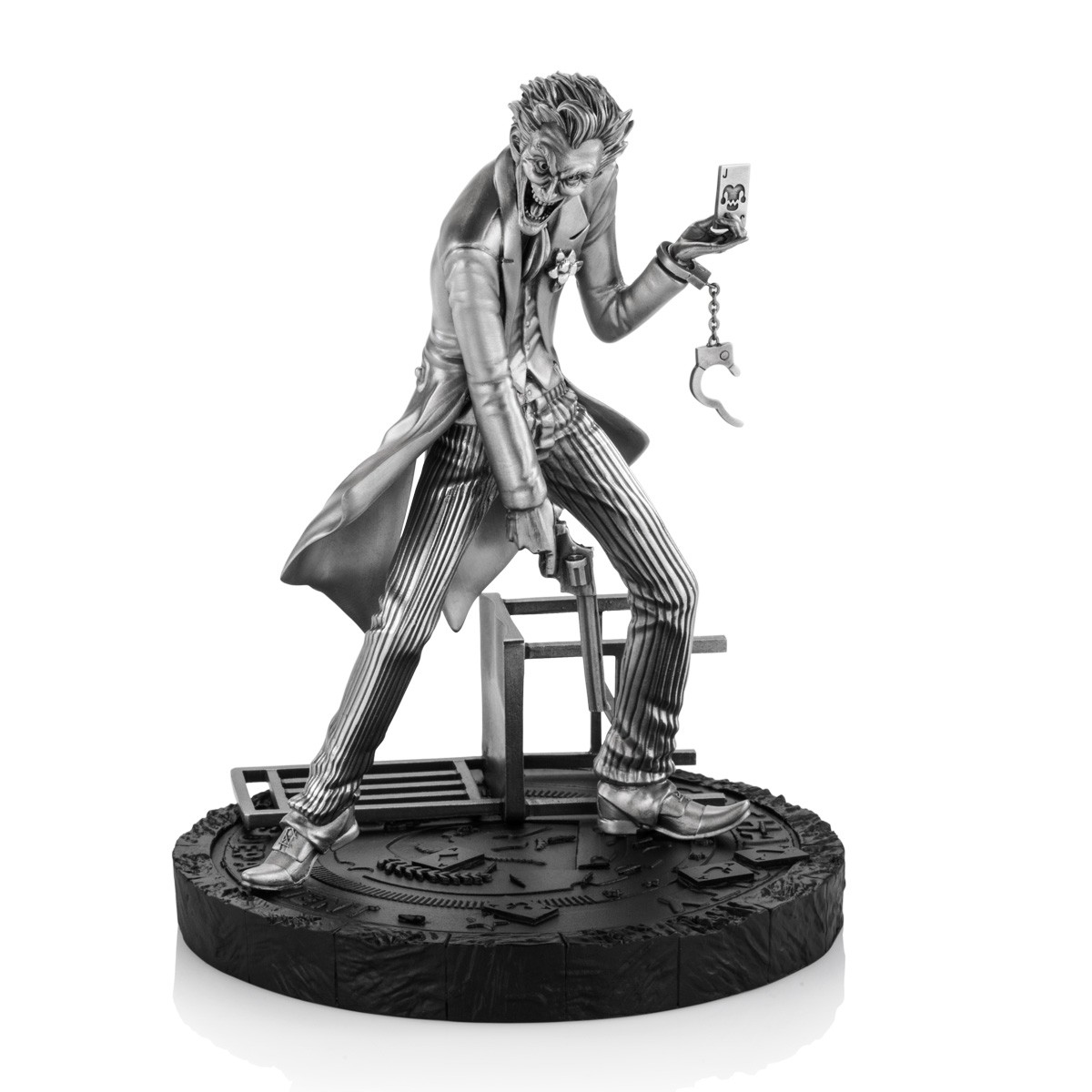 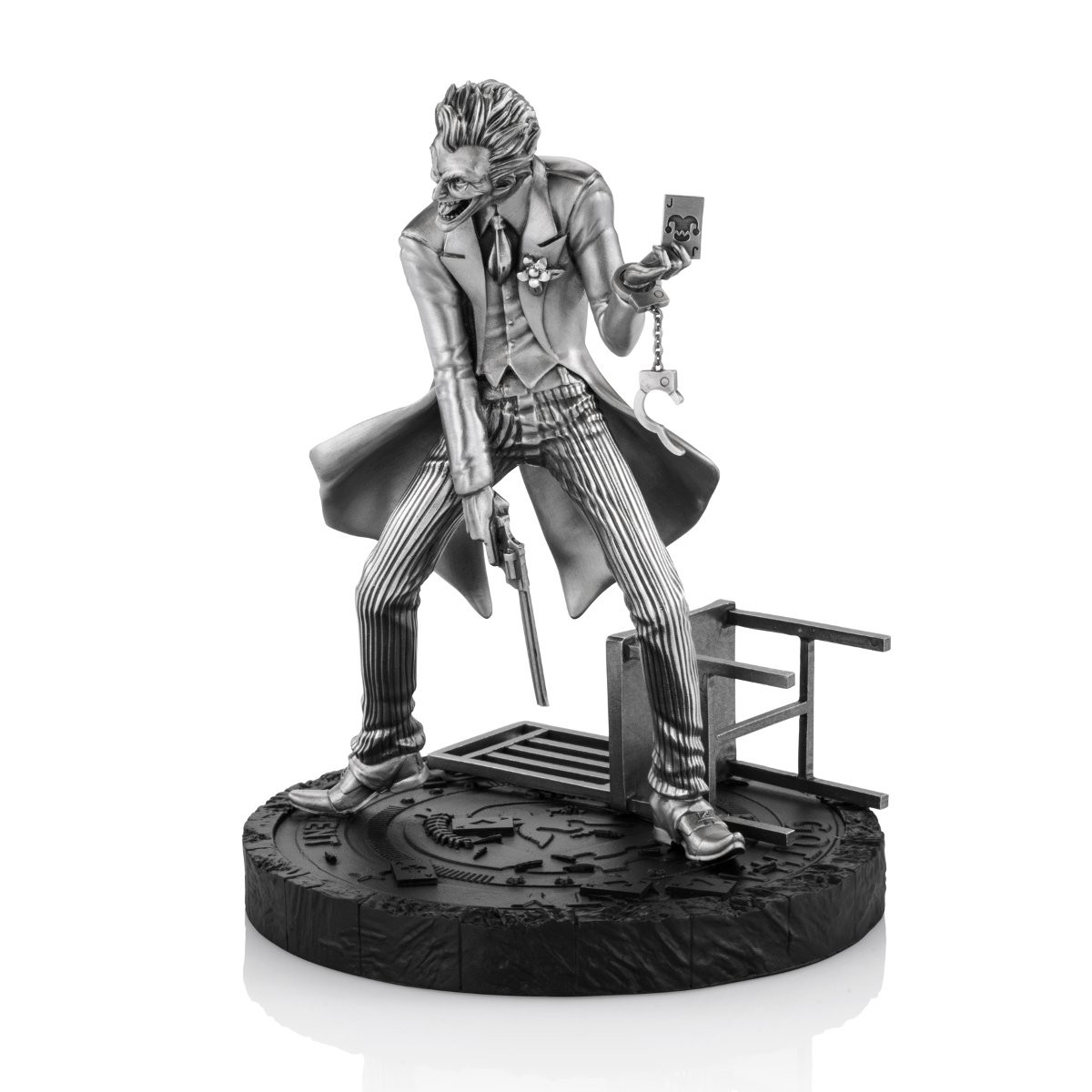 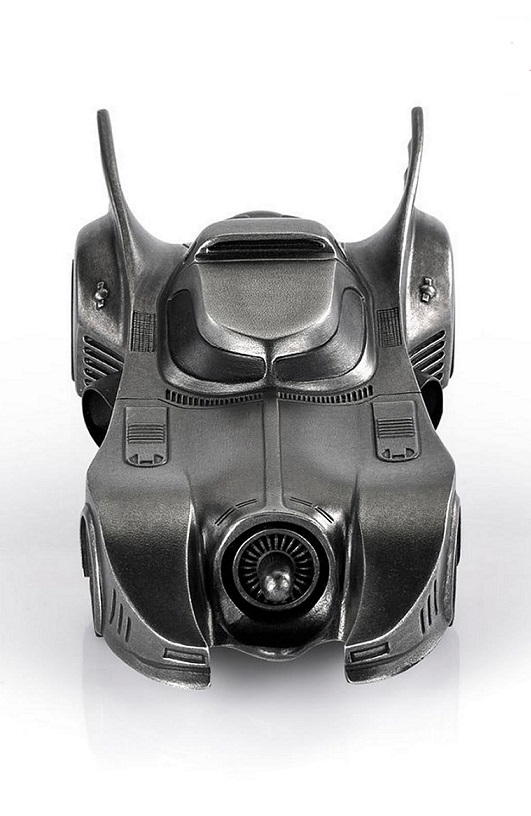 The statues are all fully licenced by DC, are well crafted, and incredibly detailed. Fans wanting to own them can get them through Amazon, or order directly from Royal Selangor’s website.

Admittedly, the price-tag on these pieces is as princely as the statues themselves, but they are designed to be viewed as treasures and trophies, admired and kept safe for decades.

As well as Batman, fans can also purchase the Batmobile – based on the classic version from Tim Burton’s Batman and Batman Returns movies. There’s also a vintage Joker, reminiscent of Marshall Rogers’ version from the 1970s.

Completists will also find a link on the Royal Selangor site where they can pre-order a brand new Catwoman figure. 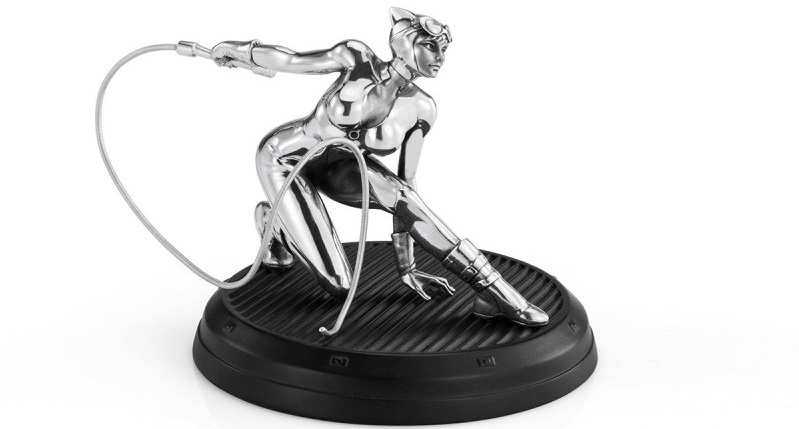 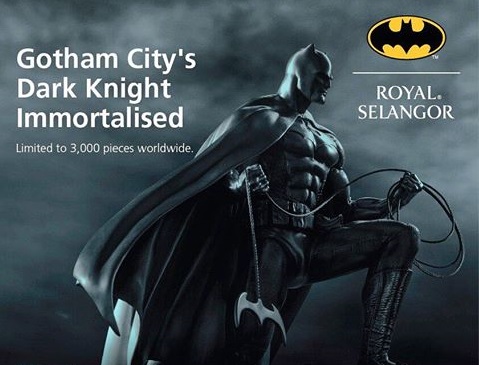 So, what does everyone think? The product warrants the prices? Or a step too far? It is worth noting that all these figures are limited in number and certificated.

Over the years I’ve seen plenty of statues, figures and busts for sale, some even more expensive than these. Rarely have I seen any of the same class, or quality.

In my opinion, Royal Selangor live up to their billing.

‘Deathstroke Vs. Batman’ Is Coming