Batman Is The ‘Ultimate American Magician’ 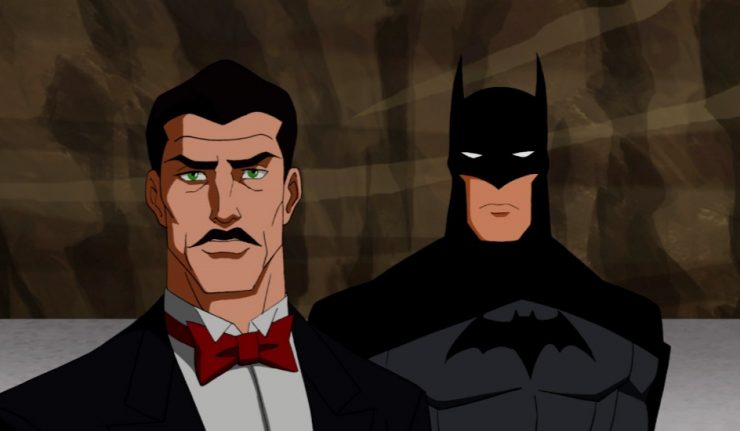 Batman has many skills and abilities that allow him to do what he does. He has a genius intellect, is a master strategist and of course, a massive bank account to fund his gadgets and vehicles for his war on crime. However, of all of his abilities, his skills as a magician isn’t typically one that comes to mind.

Bruce travelled the world learning dozens of skills and martial arts to prepare for his return to Gotham, and in Batman: The Animated Series we learned that he did train with a magician. Zatara, father of the great Zatanna, was one of the greatest escape artists in the world, and a young Bruce (going by John Smith) pleaded with the famous magician to learn his secrets. Although we never see Batman cast spells, we do see him escape seemingly impossible situations consistently.

In a recent poll by The Washington Post, they asked 24 professional from various fields and industries what films most accurately portrayed what they do. For example, a NASA employee named The Martian and an attorney selected My Cousin Vinny. It was Penn Jillette (of Penn & Teller fame) who went with The Dark Knight for the category of magician.

“The magic I think is beautiful is that magic of trickery. What I love about Batman is he doesn’t have any supernatural powers. In The Dark Knight, with the Joker and Batman, you really have two magicians running scams. I love the intellectual interest of the boat scene (where there are two boats laden with explosives, and a philosophical debate about who should survive). When you talk about modern American magic, it’s not supernatural, it’s the playful study of epistemology. It’s how we attain information, and how we attain what is true. In the boat scene, it’s: How people perceive morality, coupled with an impossible trick.

The ultimate American magician is Batman.”

As Ra’s al Ghul and Bane put it in the trilogy, “theatricality and deception are power agents.” There’s a lot more to Batman than just playing tricks, but Penn does make a great point in his argument. Interesting he never brings up the Joker’s trick on how to make a pencil disappear though…

What do you think of Penn Jillette’s comparison to Batman with a magician? Let us know!