“Panic in the Microverse,” Part Four 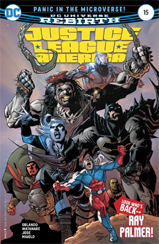 After the discovery of Dr. Ray (The Atom) Palmer at the end of the last issue, we discover just how he ended up in the microverse. As the Microverse tears itself apart we join Ray on his journey to save this universe from destruction.

The cover for this issue had me excited! Ray Palmer is back and fighting alongside the Justice League of America!
….but, he isn’t.

Hold onto your hats kids, we left you on a cliffhanger, so for this month we’ve got a flashback issue coming your way. Seriously?

I’m going to be brutal right away with this: Unless he can turn this around quickly, Orlando needs to step down from this title.

If the pacing of the last issue was up and down, this issue has just stopped the entire arc dead in its tracks. It is not just the fact that this is a flashback, this issue is just very hard to get into. It’s not enjoyable, it’s actually a bit of a chore.

We are given a Ray Palmer POV of what happened at the end of the last issue, The League has finally found him, Ryan, The New Atom, has doomed everyone for bringing Dr. Aut with him and then… flashback, in issue four of a story arc, that had serious pacing issues to begin with.

After this, we are treated to four pages of terrible exposition on the nature of the Microverse. these pages were hard reading and I’m a Star Trek fan. I could quite happily sit and watch an episode where the Quantum Couplings need to enter the Intermix Chamber so that they can reverse the polarity of the shields and escape the singularity that has the Enterprise trapped.

Once we make our way into the story, it just feels like it is filling a gap. It jumps from plot point to plot point so much it becomes obvious that there is no actual solid plot to this story. We are simply catching up with Ray. There is nothing here that tells us why Dr. Aut has doomed everyone. In fact, he seems quite agreeable and on the same page as Ray.

It then ends on a cliffhanger with no resolution to the one from the previous issue.

Honestly, this story is going to need to rely on its ending and that isn’t a good thing. I don’t think I’ll be hitting the long-boxes in years to come to revisit this story once the arc concludes and I am the guy that just wrote a review for a 30 year old story!

There is one positive in this issue however, Ray Palmer is back. This issue concentrates solely on Ray and it is great to see him back.

It is unfair to compare artists because each has their own style. If you are at the level that you get a book such as Justice League of America, you do have talent. The problem is that bringing Felipe Watanabe in to do this issue made it feel even more like a space filler than it already did. 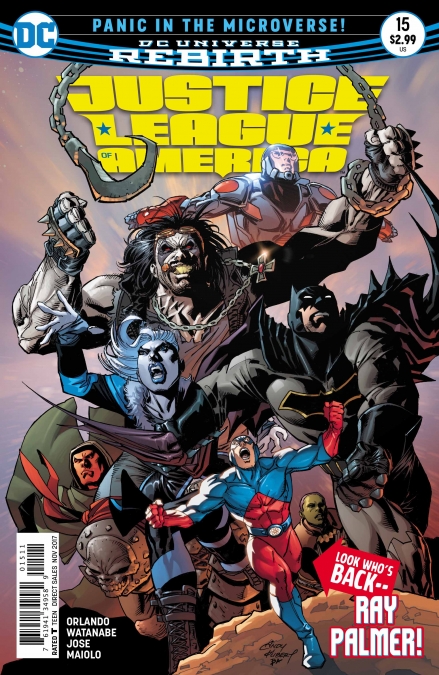 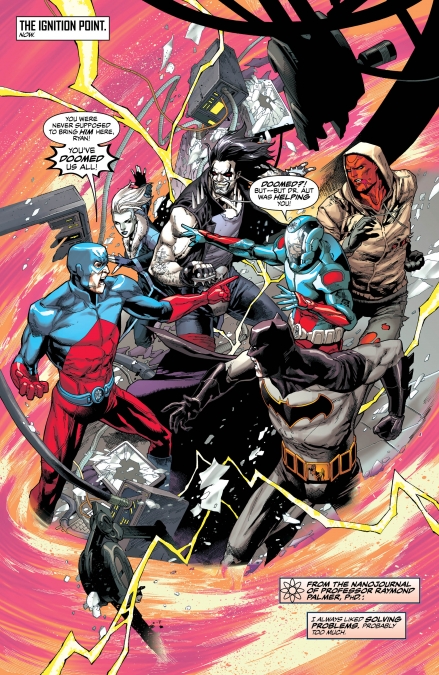 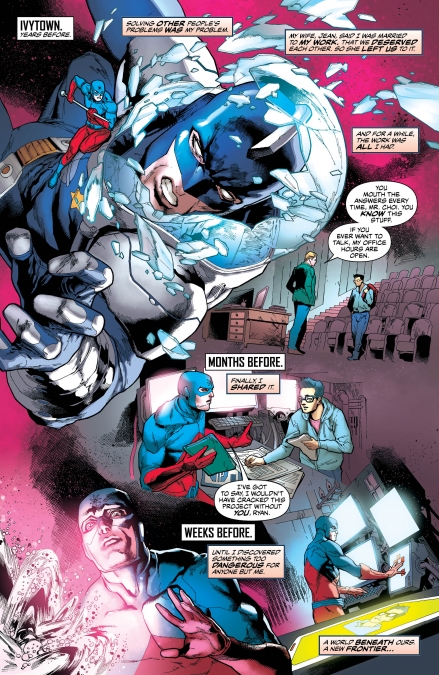 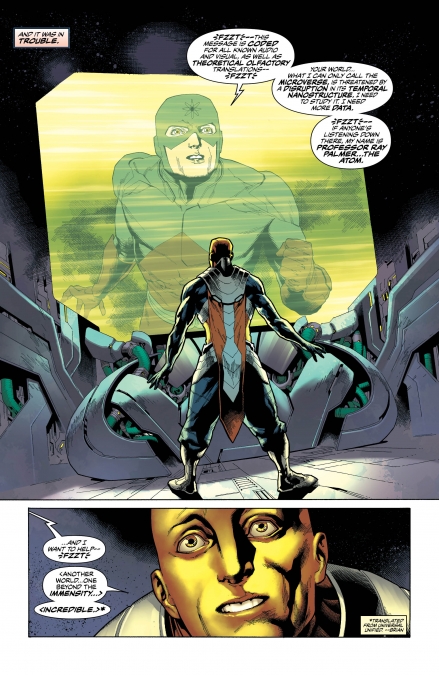 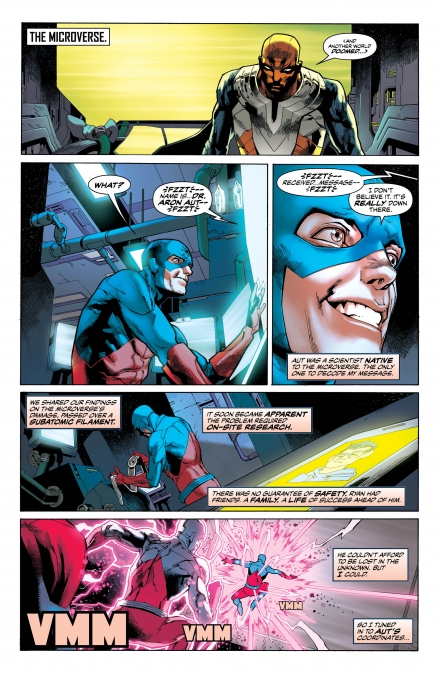 It’s isn’t that Watanabe isn’t a good artist, but you are already bringing this story to a jarring halt by following a cliffhanger with a flashback . The pace of this story never required that. We weren’t going at breakneck speed and needed a break. We had just hit a stride. Felipe’s inclusion in this issue just made this even more obvious. Just for the sake of continuity, Ivan Reis needed to be on this issue.

I’ve been telling people to give “Crisis in the Microverse” time. I even said in the conclusion to the review of last issue, “This story has the potential to feel like an old school JLA story.” I no longer feel that way.

This issue leaves us on a cliffhanger, our second in two months. It looks like we are going to have to go another month before we resolve our original cliffhanger. I’m at the stage where I am hoping the Microverse ends up blowing itself to smithereens just so we never have to return to this place.