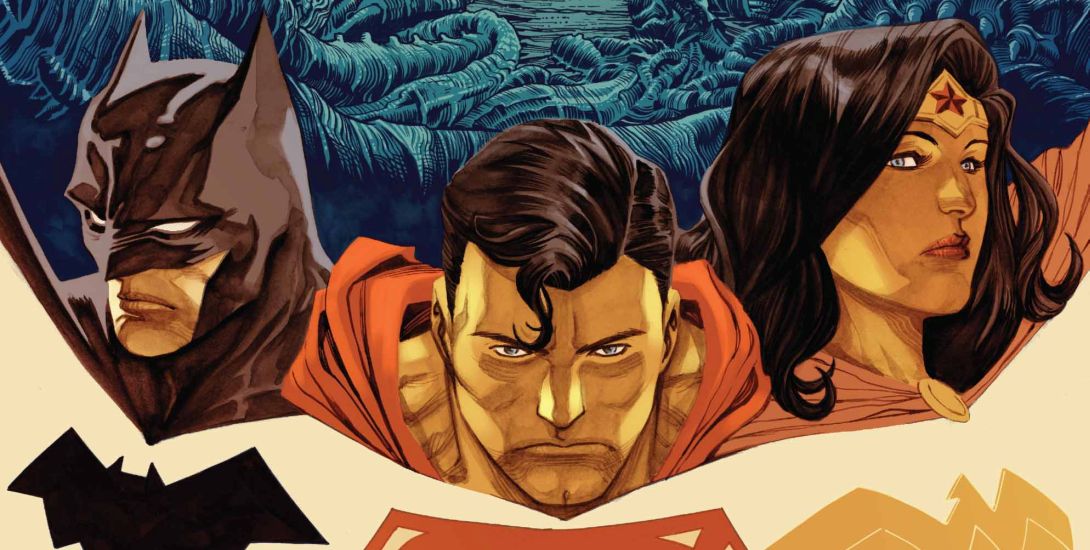 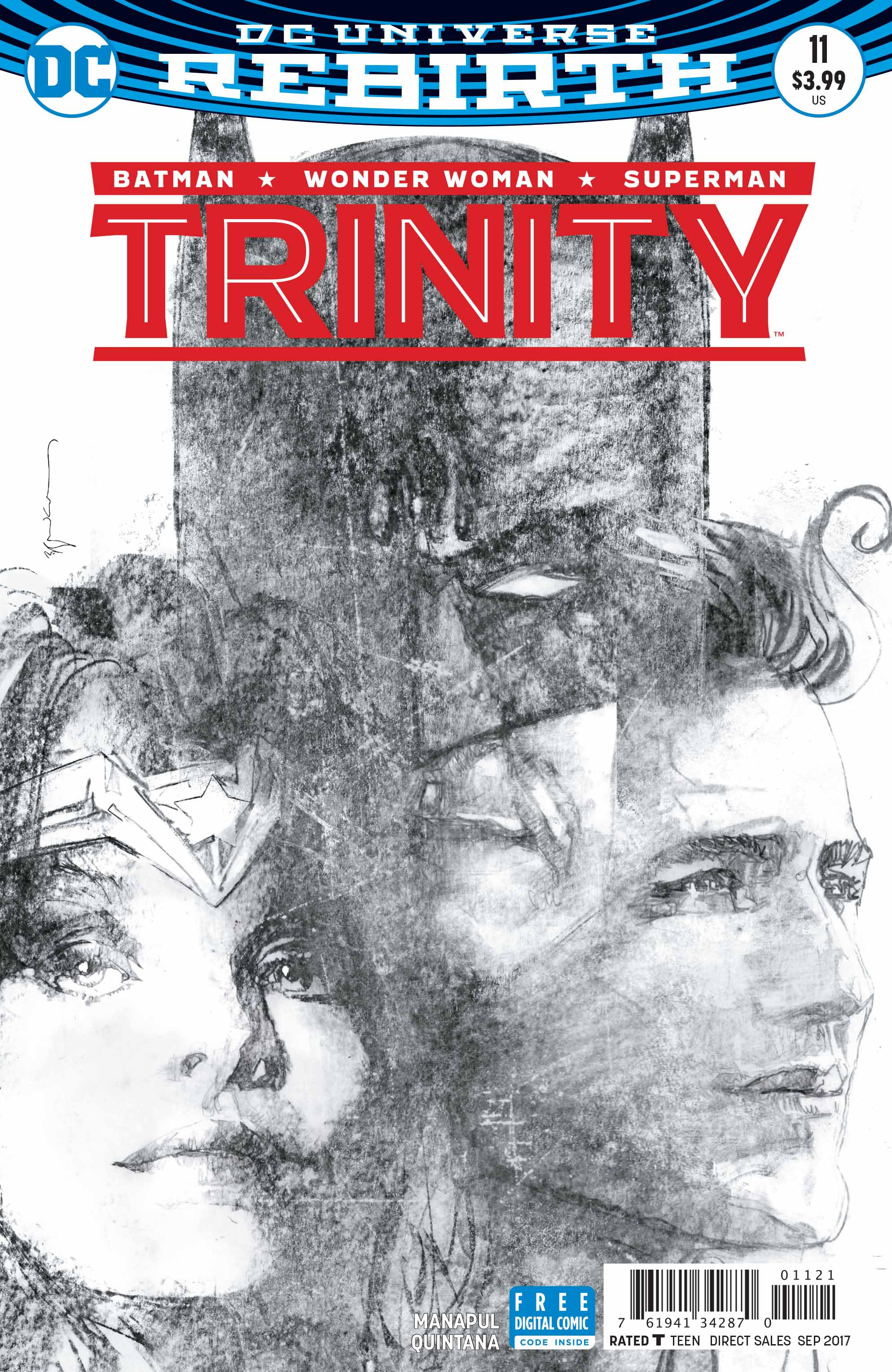 Before I begin, I wanted to take a moment to appreciate this gorgeous cover art. The Trinity is illustrated in realistic depictions, I took my time admiring this.

“Working alone is my preference, but I wouldn’t complain if Clark or Diana were here right now.”

He’s so stoic when he’s panicking. When Batman is accepting of help, it demonstrates the desperation of the situation. He needs to save Victor, he’s been protective of him for the past 3 issues.

“…and trust my friends not to let us fall.”

I love how Manapul plays with Batman’s character. Batman has countless personas when writers depict him in relationships. There’s a brooding mess, who hides away from everyone. There’s a father in him as well. Batman mentioning his friends, or even admitting to having friends, is a major joy. He’s almost (I hate to say it and I know you will too) cute. The writing creates a perfect balance of creatures and demonstrating how powerful friendship and teamwork can be. It’s what all comics were originally about at first. Trinity shares classic ideals, in the end, Diana tells Bruce, “Sometimes there is a happy ending.” It left a massive smile on my face. 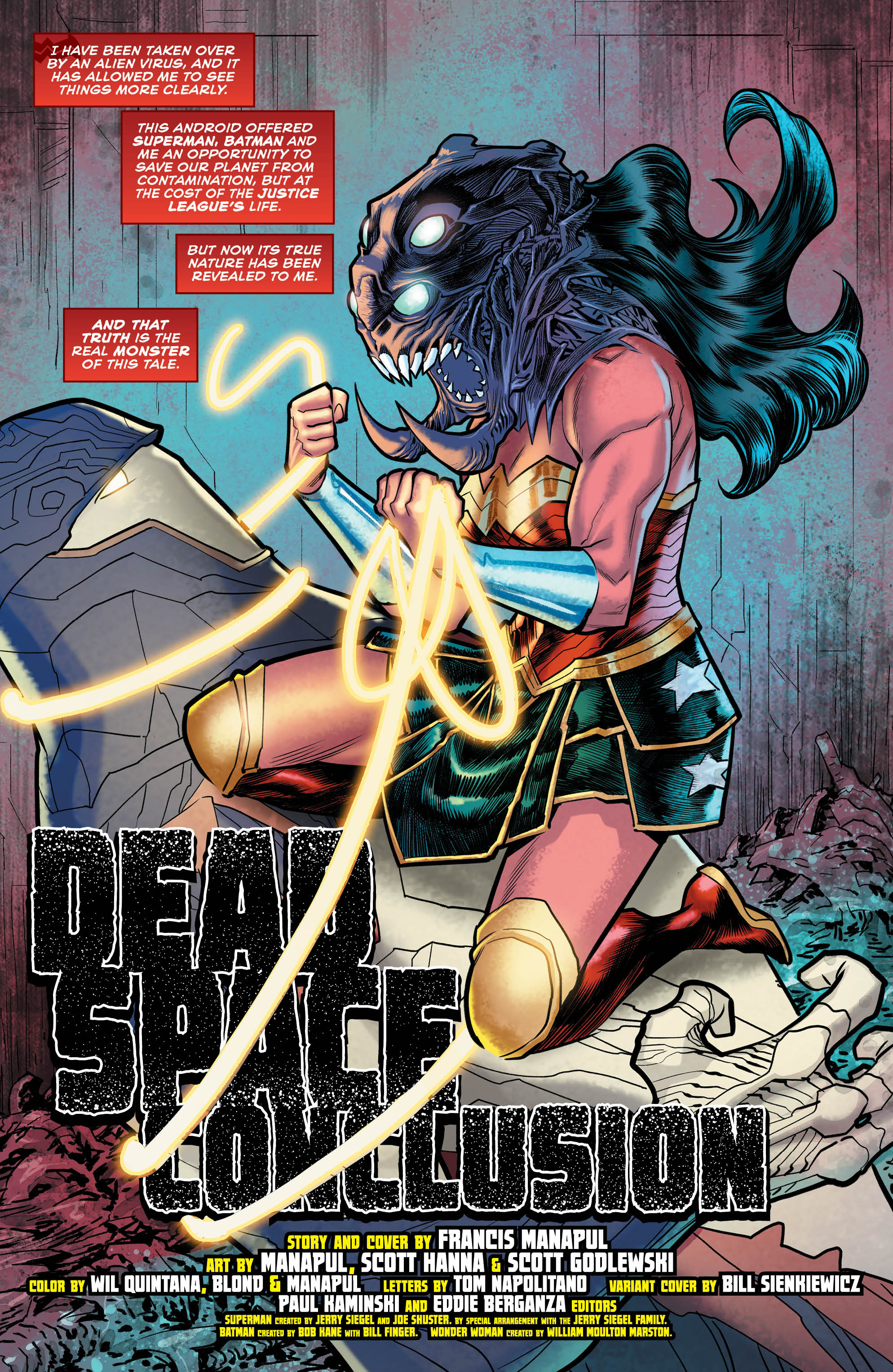 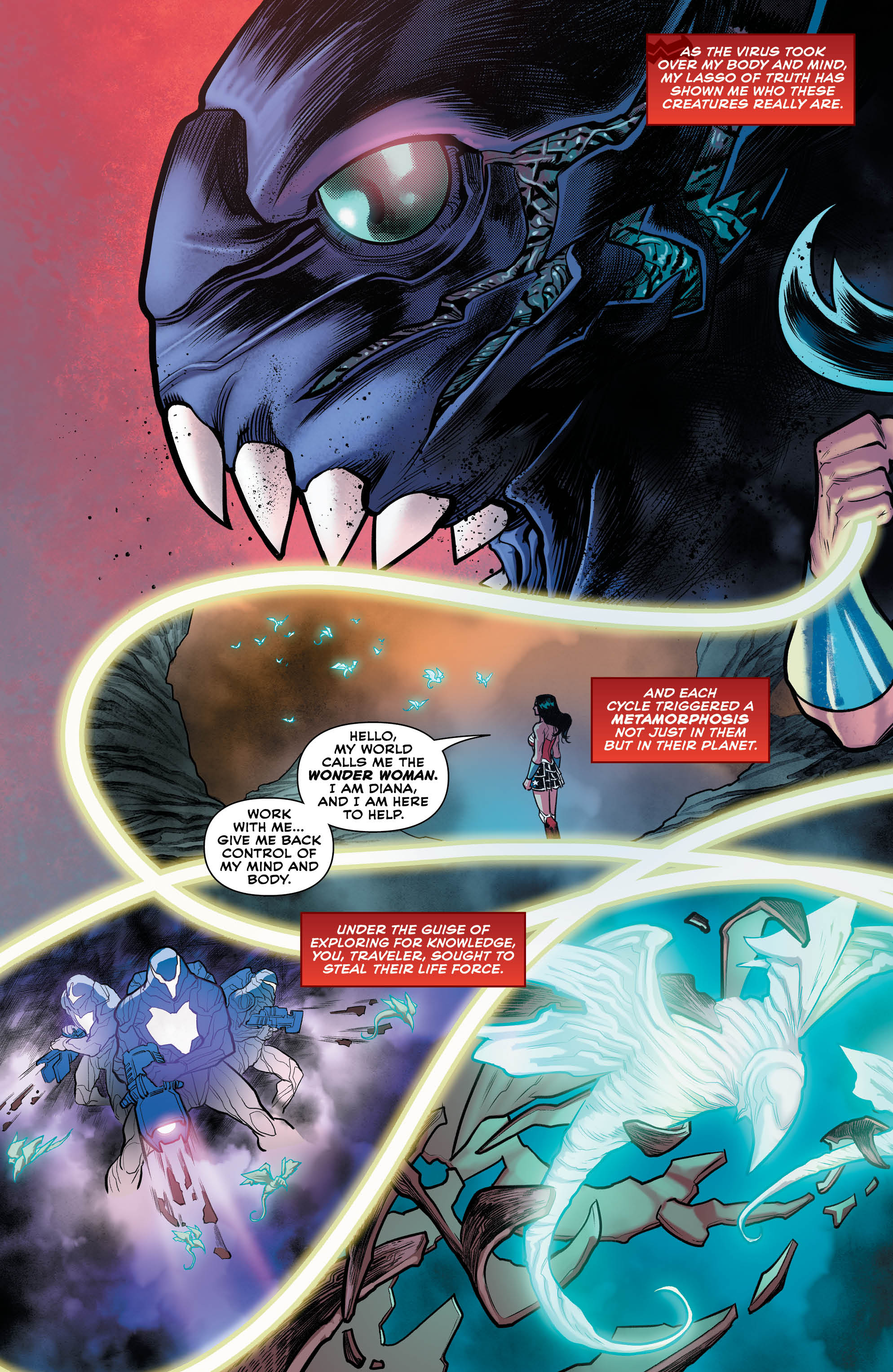 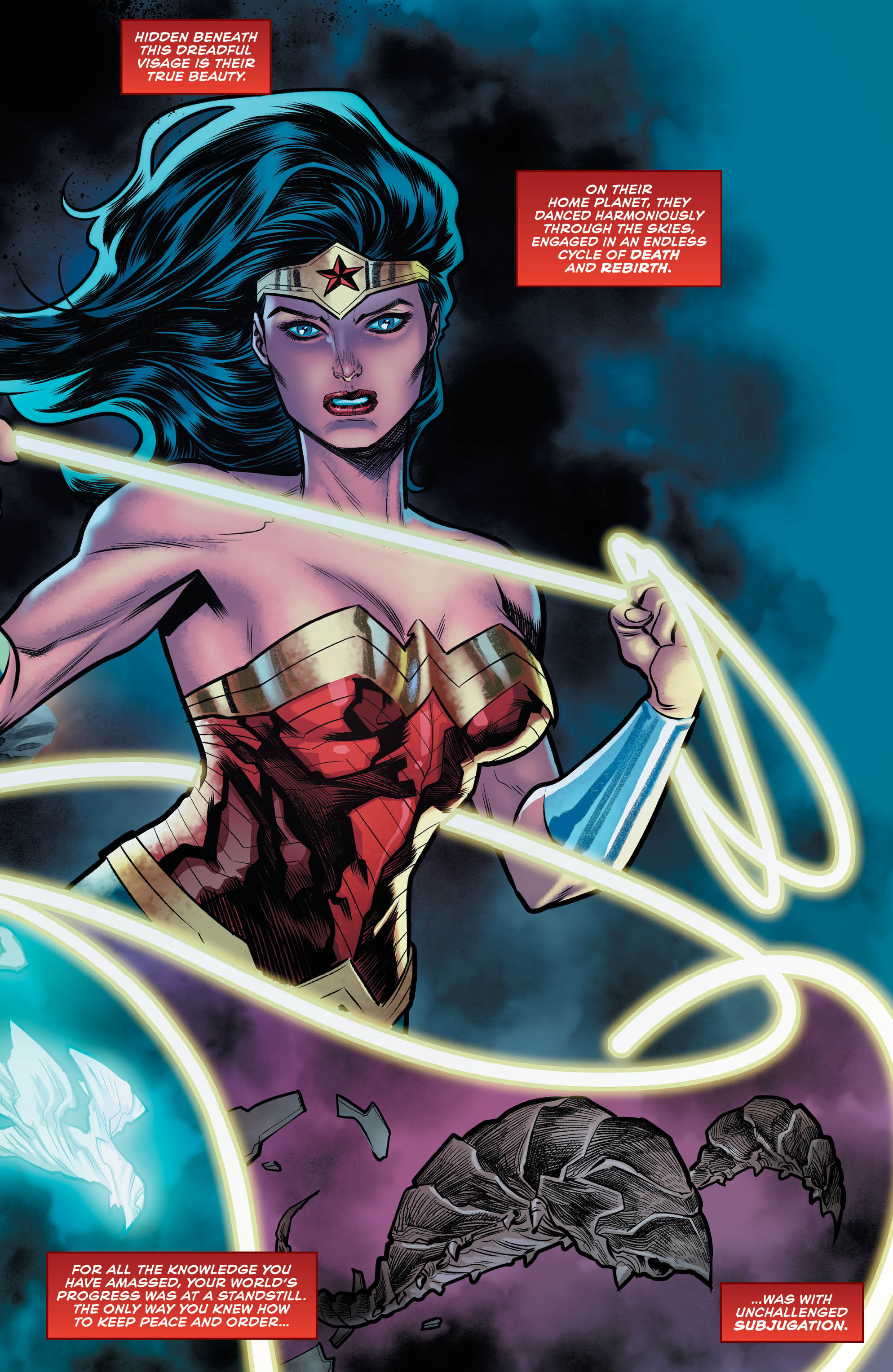 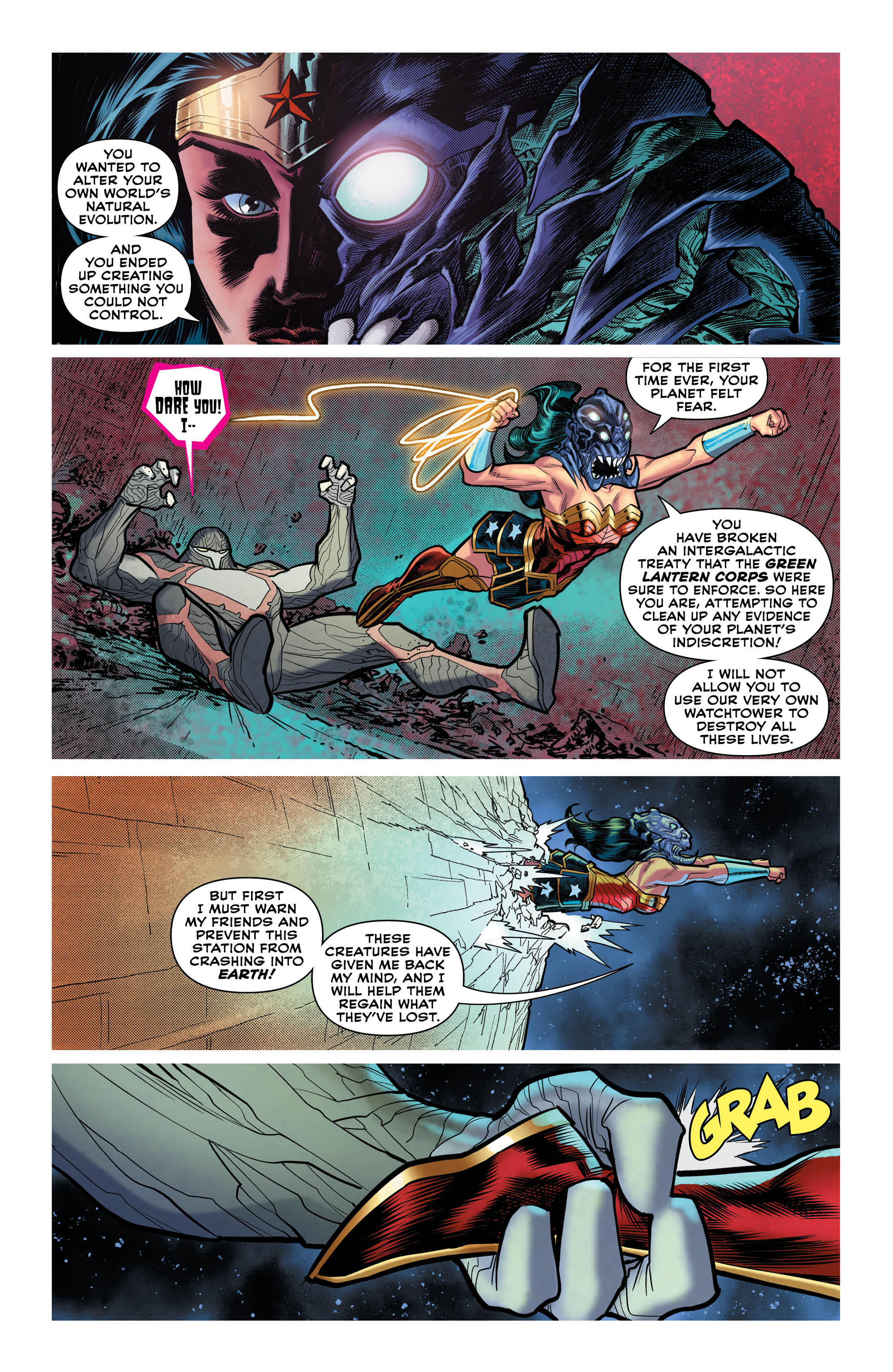 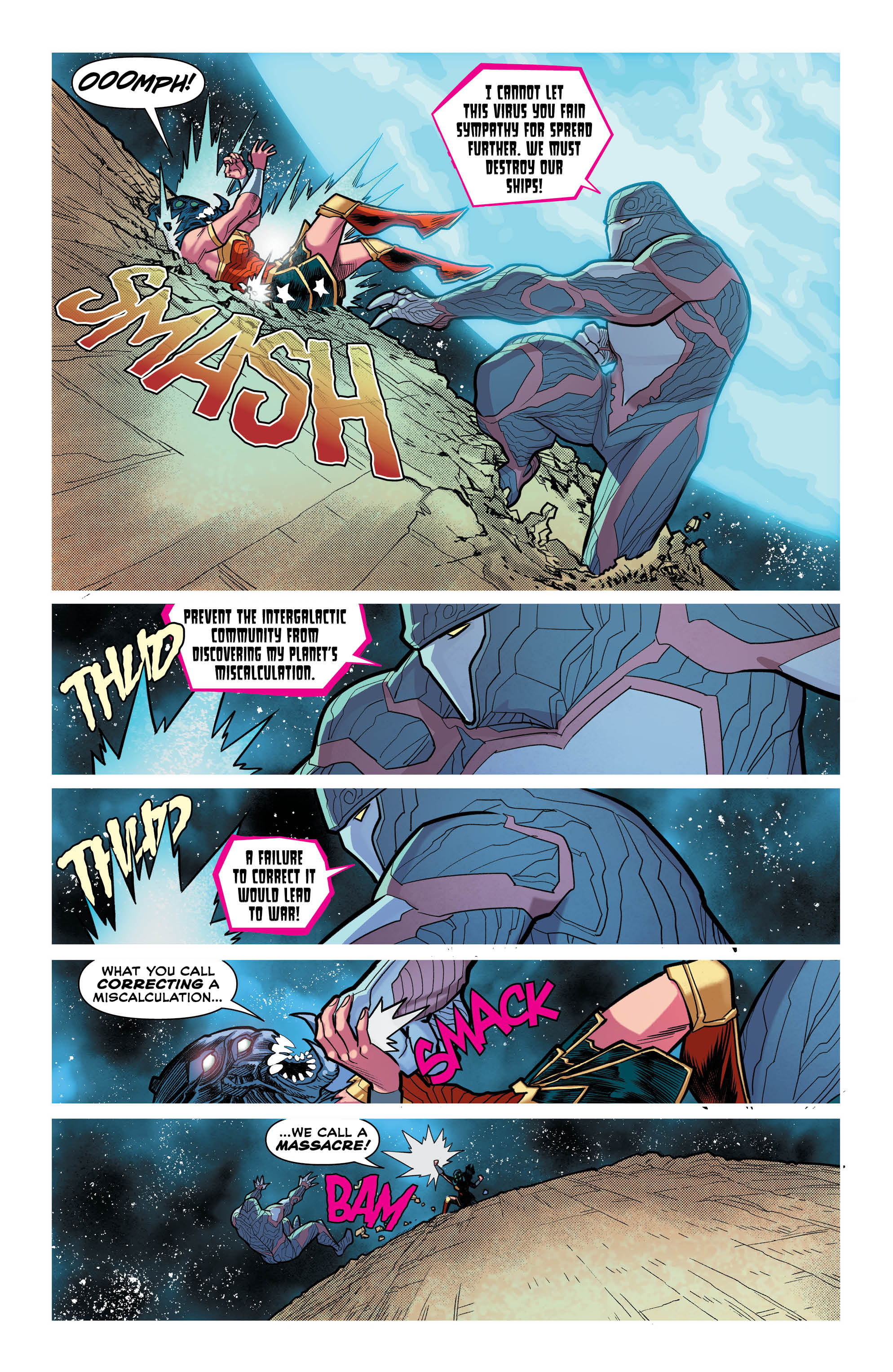 The art is a brilliant as always. However, with new artists, I do miss his use of textures and his softer lines. There is an obvious difference of art style due to the addition of other artists, but it’s not unworthy. The art carries innocence just as the writing. Superman’s detailed smiles, Wonder Woman’s feisty smirks, and Batman’s double-questioning worries are fantastically express.

This finished the “Dead Space” story arc of Trinity. It ends how it started, Bruce, Clark, and Diana wonders if they’re still in reality. It ends peacefully, which isn’t common ground of DC. It makes it that much more special. Their bonds are growing. I hope Manapul continues to write for them because each member spoke of the other, I’m excited to see them as close as they once were.